We’ll take a guess that a going on a safari in South Africa is probably on your list of ‘things to do’. We don’t blame you. Seeing the ‘Big Five’ and taking in some jaw-dropping vistas is bucket list material, but don’t overlook a city break to the Rainbow Nation. If you’re umming-and-ahhing about where to go, here’s ten reasons why Cape Town should be on your holiday shortlist:

Cape Town is one of the most beautiful cities in the world. Fact. Flanked by the iconic Table Mountain, which stretches from the City Bowl to the end of Cape Point, there is no other city in the world with such an immediately recognisable cityscape. Of course a ride on the Cable Car is an absolute must but enjoying the view of the cloud rolling over the mountain with a cold drink is just as important. Head down to Den Anker in the V&A Waterfront for spectacular views or from a luxury suite at the One & Only Cape Town. 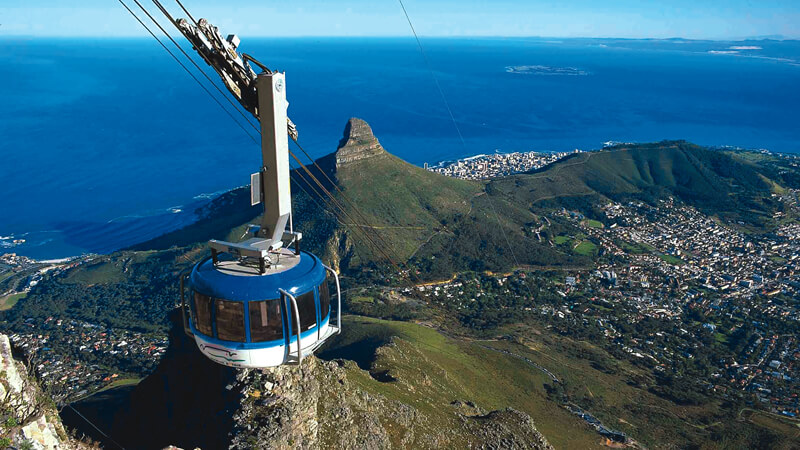 During our cold, wet winter it is hot and glorious in Cape Town. The seasons are reversed so it makes for a great winter sun destination, it starts to heat up in October/November all the way through to March/April with the peak tourist season being January to March. Make the most of the weather and enjoy the greatest of the great outdoors by adding on a safari to your holiday.

You can fly to Cape Town from most regional airports in the UK with Middle Eastern airlines or via Johannesburg with Virgin Atlantic from London. Plus arriving in the morning, and with no jetlag, you can hit the ground running – and then again when you get home, perfect for kids too.

Most first timers expect a parched and dusty Africa when they arrive in Cape Town. However, the 2010 FIFA World Cup made sure that airports and roads were renovated and transport systems improved, creating a modern city that puts travellers minds at ease. Capetonians see themselves as Africa’s cool kids and they certainly live in the right place. Tourists will have heard of the V&A and Camp’s Bay, and both of these offer some good options for eating, drinking and shopping; but its worth following the locals to the newest places to ‘be seen’. Try some shopping in the Old Biscuit Mill or Cape Quarters, enjoy an al fresco lunch on Kloof Street or Granger Bay or try one of the new Gin bars between Bree and Long Streets. 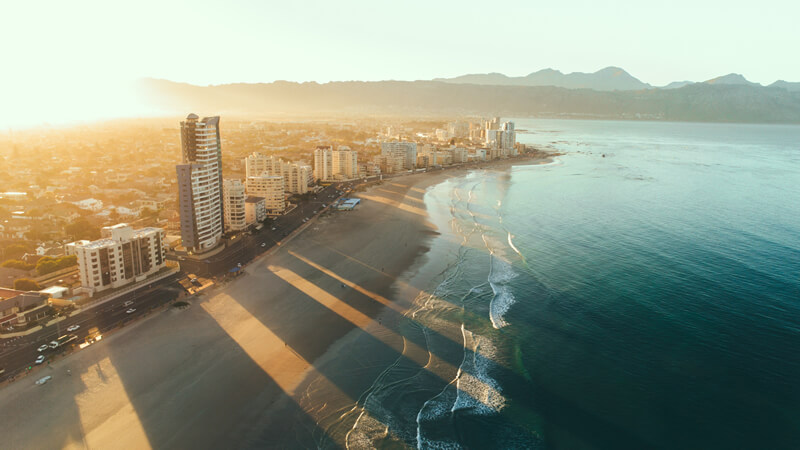 5. The food is amazing

There are always terms thrown around that “this place and that are the food capital of South Africa,” and everywhere has its speciality — The Karoo for ostrich, Franschhoek for fine dining, Knysna for oysters etc. Cape Town’s location allows it to be a melting pot for everything. As well as its famous hotel restaurants like Bombay Brasserie, Nobu, Planet, Signal and the Azure; there’s a huge buzz in the city for great places to eat. New restaurants and pop-ups are the talk of the town, so get clued up before you travel.

6. It suits all budgets

The South African Rand is one of the best value currencies in the world at the time of writing. This makes everything exceptional value for money, and we mean value. You’ll be astounded as to how far your money goes in terms of quality of accommodation, food and drink and how low the cost is for sightseeing.

7. It's great for familiy holidays

Cape Town is a very ‘outdoorsy’ city and there are so many places to explore that are fantastic for kids —the penguins at Boulders Bay, the aquarium at the V&A or riding on the cable car to the top of Table Mountain. The hotels often have family rooms or suites and most hotels have pools. Plus there will be no issue with food as the cost is low and there is loads of choice for everyone.

8. There’s just loads to see and do

As a relatively small city, the best way to get out and about and see everything in Cape Town is on the open top bus. The red tour takes in the main sights including the City Bowl museums, the V&A, Camps Bay and a stop for the cable car. It’s a perfect ‘day one’ to get your bearings. You can then take your time to visit the beaches along Clifton and Camps Bay, take the boat to Robben Island, wander Kirstenbosch Botanical Gardens and enjoy some fantastic food, wine and atmosphere around this colourful city.

9. There's so much history to explore

Cape Town has a volatile and diverse (but fascinating) history spanning back to the 1400s, when the first European settlers arrived. African, Asian and European influences can be felt throughout the city and there are many places when you can learn more. Of course, most people’s first stop is Robben Island — the famous prison where Nelson Mandela was incarcerated for 18 years. But you definitely shouldn’t forget all the museums exploring the culture and history of Cape Town. The Iziko Slave Lodge, the Bo-Kaap museum and the District Six Museum are fantastic places to start.

10. You’re in a great location to explore some other areas

Downtown is just an hour from the spectacular winelands of Stellenbosch and Franschhoek, and two hours from Hermanus, which is famous for its whale watching. You can hop in your car and drive yourself or take an escorted tour (just saying, if you’re after some wine tasting…) and see the highlights in a day. If you have more time though it would be a shame to pass up the chance to stay for a few nights in each. Enjoy fine dining in Franschhoek, the coffee culture in Stellenbosch, see whales from the shore in the ‘land-based whale watching capital of the world’ in Hermanus or add on 30 minutes to travel to Gansbaai for Great White Shark cage-diving. 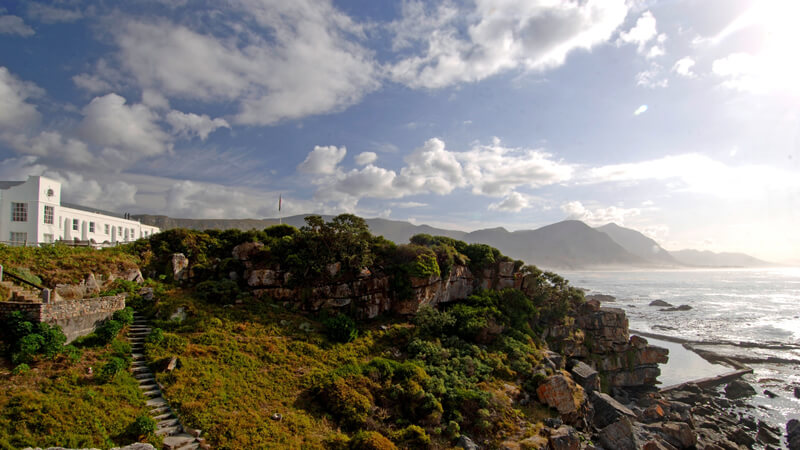 Have we twisted your arm? Take a look at our Cape Town holidays if you fancy checking out Cape Town and beyond for yourself.