We’ve been an ally of the LGBT+ community for a long time, and this year we’re taking things a little bit further. We want to be one of the friendliest LGBT+ travel and tourism companies in the UK and are working hard to make that happen. As a part of this we’ve specially curated pride packages across the USA — including San Francisco.

This year, San Francisco Pride is promoting a “Celebration of Diversity” in 2017 over the weekend of 24 and 25 June. The main festivities are being held at Civic Center Plaza from noon until 6pm on the Saturday, and the flagship parade starts in Market Street at 10.30am on the Sunday, ending at Eighth Street near the Civic Center area. The parade will feature over 200 groups and floats, including the aptly named Dykes on Bikes motorcycle group, and plenty of other eye candy representing every walk of life! 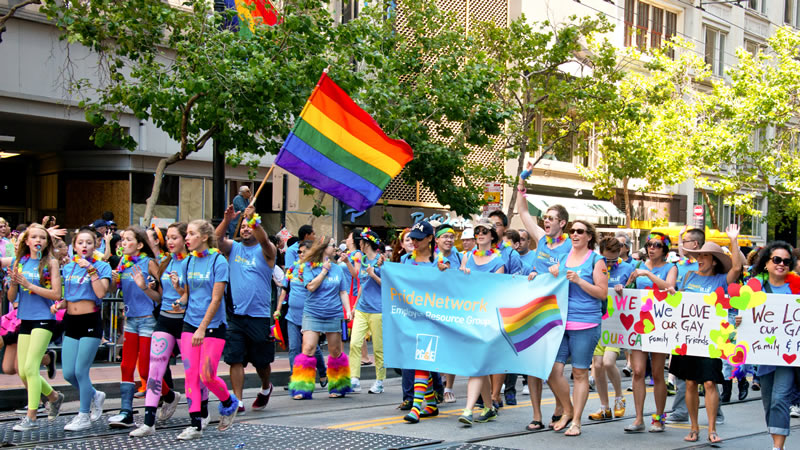 As well as a main stage with music, comedy and competitions, there are also over 300 exhibitors and community-run stages to suit every attendee. Highlights include the Cheer San Francisco stage, with amazing high-flying cheerleader stunts, the nimble footed Country-Western Dance Corral and the glittering live cabaret, Faerie Freedom Village.

Pride aside, there is SO much to do in San Fran! Check out Fisherman’s Wharf with its shops and bars, take a walk or cycle over the Golden Gate Bridge and into Golden Gate Park, stroll down the most crooked road in the world, Lombard Street, and visit the site of the world’s most infamous former prison: Alcatraz — The Rock. 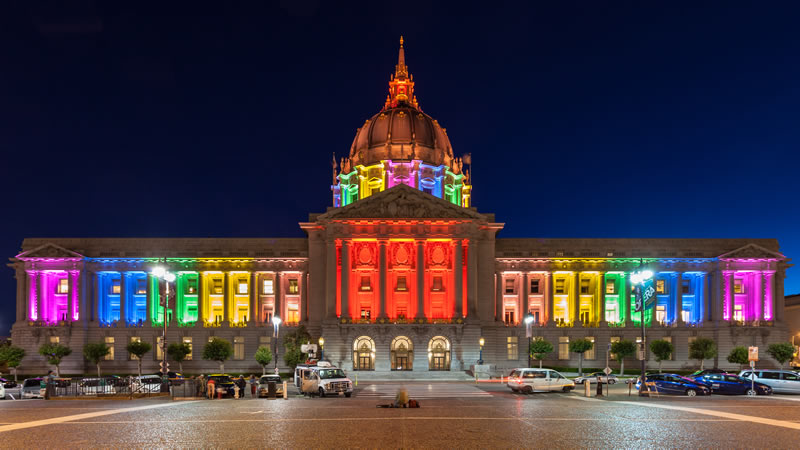 You’ll hardly need telling to make time for the Castro. It’s not the most famous gay area in the world for nothing. Shops, bars and restaurants abound and remember to take a peek at The Castro Theatre. Built in 1922, it still shows classic films and boasts a huge Wurlitzer organ. Not surprisingly, there are lots of reminders of Harvey Milk, with a plaque outside his former campaign headquarters and camera shop. You can also spend time in Pink Triangle Park, named after the emblems LGBT+ concentration camp prisoners were forced to wear by the Nazis.

Back in party mode, there are too many gay bars in San Fran to list them all here but for a mixed crowd, try Blackbird, at 2124 Market Street, with its old-fashioned light bulbs and specially crafted cocktails. Then you’ve got Powerhouse on Folsom Street. It’s usually packed… maybe because of its wet jockstrap or smelly armpit competitions among many others. 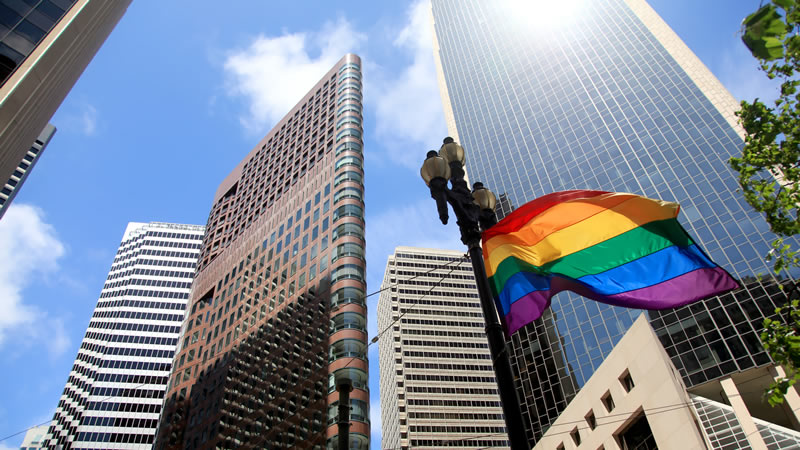 And if you like biker bars, try the Eagle Tavern, in the SoMa district. Most bars stay open until 2am but if you don’t want to retire that early, head for The Stud on 9th Street. This stays open until 4am and often boasts drag parties, cabaret or a burlesque show.

An older crowd can be found at Twin Peaks Tavern on Castro Street, which is often referred to as the gay Cheers. Those looking to dance as well as drink can head to Beaux, at 2344 Market Street. 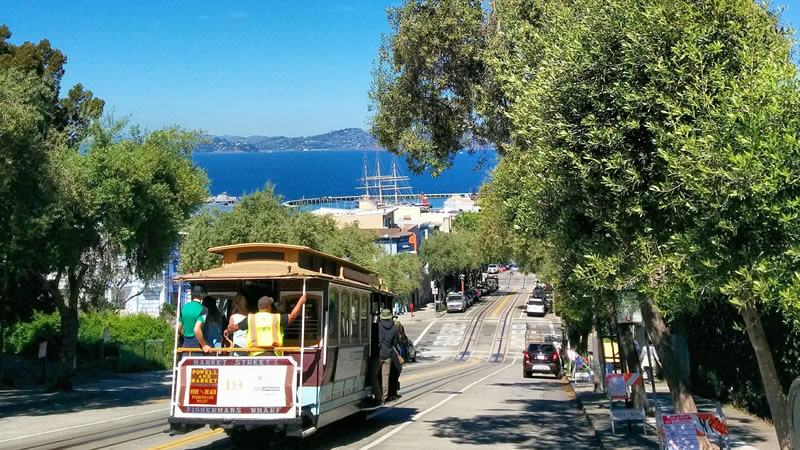 And how about where to stay among all the fabulous frivolity? Well, if you choose to stay at the Hotel Zeppelin, located on Post Street, you’ll be just minutes from the shops and restaurants of Union Square and the famous cable car terminal. This boutique hotel has only been open for a year and makes a point of championing diversity. On the other hand, you can stay at the Hotel Zetta, on 5th Street in the SoMa (South of Market) district. With its own bar and signature cocktails, this is a great spot to start (or end) your night.

Check out our Pride packages, and enjoy the Celebration of Diversity in San Francisco this year!