New York has long established itself as a retreat for starving artists, a promised land for struggling actors, and a wonder-city for aspiring musicians. The stunning architecture, historical monuments and treasure-trove galleries have inspired creativity for generations, amongst visitors and natives alike.

Get your sketchbook, camera, or Instagram ready and prepare to be captivated by the cultural centres of NYC. After all, it’s the place where dreams are realised and broken, and where magic is made along the way.

If the streets are a gallery, then NYC features some of the most incredible architectural artwork in the world. From the ultra-modern to the traditional, there are structural gems dotted in each and every neighbourhood, with a rich history to support their beams.

These are the ones you don’t want to miss:

Empire State Building
Perhaps the most famous member of New York’s skyline, this art-deco giant embodies the true character of the city. Soak in the majesty of the newly-restored lobby, educate yourself in the exhibits, and watch the pulse of the city from the observation deck. 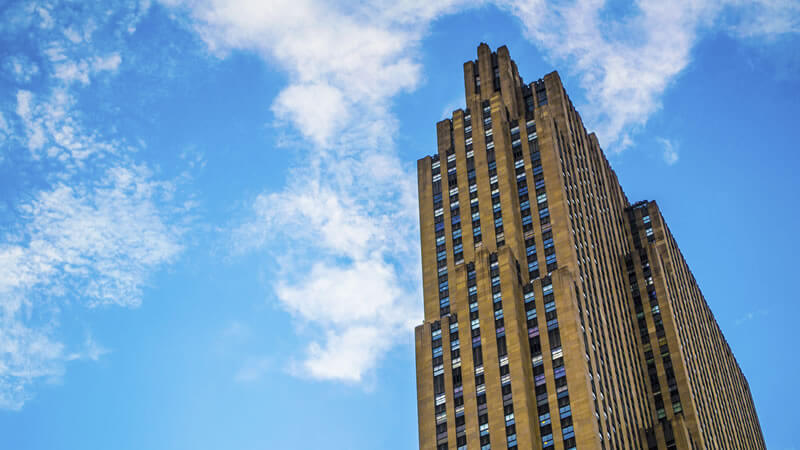 It’s been said that this mega-centre is a “city within a city,” and considering the number of NYC attractions it houses, it’s a hard point to argue.

Stephen A. Schwarzman Building, New York Public Library
Often referred to as the ‘Main Branch,’ this flagship building is the city’s soul of knowledge.

Having served as a retreat for great minds for over 100 years, you can indulge your own literary ambitions: visit the exhibitions, tour the magnificent rooms, and meet the marble lions who guard the entrance.

New York is a place of firsts, where designers and artists have taken risks and achieved the unthinkable in order to make a loud statement. These are the must-see landmarks that are key chords in the city’s voice:

The Statue of Liberty 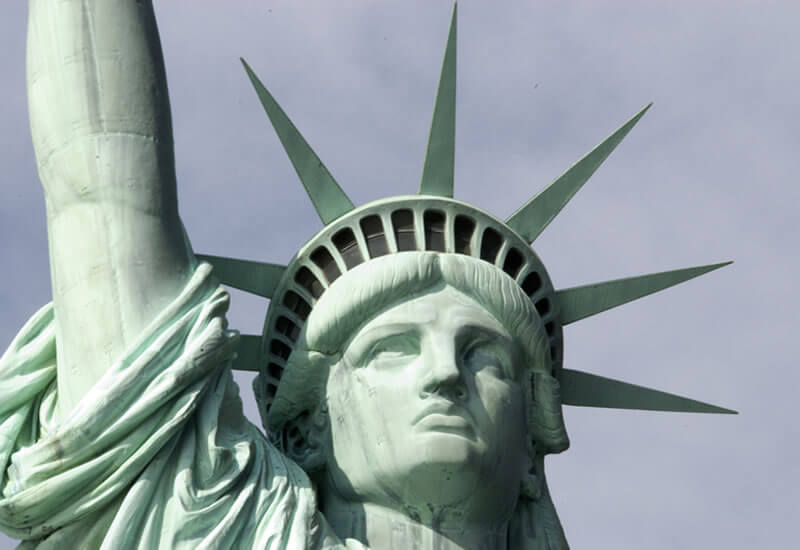 The most famous woman in New York stands proudly in the harbour: a symbol of hope and independence and an embodiment of the American dream. Take a ferry to Liberty Island and tour the facilities to learn about the history and continuing role that Lady Liberty serves for the people of NYC.

Brooklyn Bridge
One of the oldest bridges in America, and the first steel-wire suspension bridge ever built, this monument connects Manhattan and Brooklyn. Its iconic command over the East River has inspired artists and designers since it was opened in 1883. Drive, cycle or walk over, and don’t miss the chance to see it lit up at night.

Grand Central Terminal
Though it has more platforms than any other railroad terminal in the world, Grand Central is far more than just a station. Since 1871, it has grown and changed in harmony with the city, and reflects New York’s unique timeline in its design. Shop, dine, visit the market or merely watch passers-by and dream about the stories that have passed beneath its iconic archways. 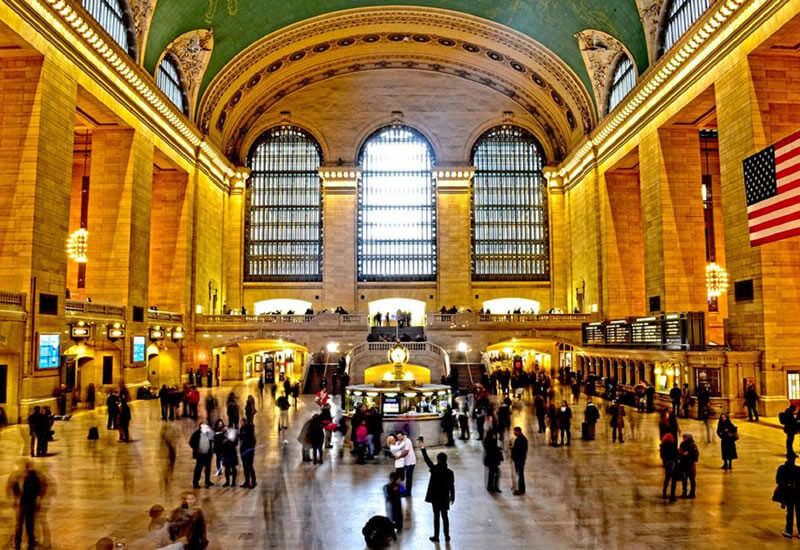 New York is home to hundreds of galleries and museums that feature unique history and artwork, highlighting creativity that ranges from unknown names to the most famous artists of all time. You’ll find boutique-like places dotted throughout the city, showcasing local talent and niche specialities, but these are some of the essential stops for the complete cultural package:

Museum Mile
This section of Fifth Avenue on the Upper East Side hosts the most comprehensive collection of art history in the world. With nine museums in a 1.6 km stretch, it promises to be one of the most enlightening walks you’ll ever take.

Also on this stretch is The Guggenheim, which hosts a range of contemporary and modern art and, with its unique construction, is an artistic wonder in itself.

The Museum of Natural History
From dinosaurs to butterflies, distant planets to the depths of the ocean, this world centre of knowledge and study is home to millions of fossils and specimens that promise visitors both education and wonder.

Join in on a tour or follow one of the self-guided routes to learn the story of the world, written for you under one (massive) ceiling.

The Brooklyn Museum
For a special glimpse of New York, visit this beautiful mammoth of a museum (the third largest in the country), located in the centre of Brooklyn. A highlight is the Steinberg Family Sculpture Garden, which displays works salvaged from demolition sites around NYC in a unique and authentic arrangement of the city’s history.

Whitney Museum of American Art
Known locally as “Whitney,” this Manhattan art museum just relocated to the trendy Meatpacking District and reopened in May 2015. The nine-storey Renzo Piano building is home to 600 works by 400 different artists from across the USA.

Lower East Side Tenement Museum
This building on 97 Orchard Street was once home to thousands of people from more than twenty different nations between 1863 and 1935. It was abandoned for 50 years before being revived as a fascinating museum that paints a picture of immigrant life in New York City in the late 19th and early 20thcentury.

Revel in the view from legendary heights on the Empire State Building’s observation deck, pound the pavement down Museum Mile or watch the tempo of the city pulse past in Grand Central Terminal. Whether you choose to take advantage of the tours or wander on your own whim, New York is a cultural centre, brimming with creativity. Get ready to dive in.