When a team from Virgin Holidays were taken out to experience the Disney Parks, Mike Wilkinson thought the Magic Kingdom Park was the fairest of them all. Here’s his take on this fairy-tale land.

We spent the afternoon in the Magic Kingdom Park after a morning at Disney's Animal Kingdom Theme Park. When we arrived, it was already incredibly busy, so I’d recommend getting there early (as with all the parks).  If you can visit midweek even better — Tuesdays, Wednesdays and Thursdays are slightly quieter. Top tip: go around the park anticlockwise, as most of the crowds tend to head towards Adventureland and Frontierland first. 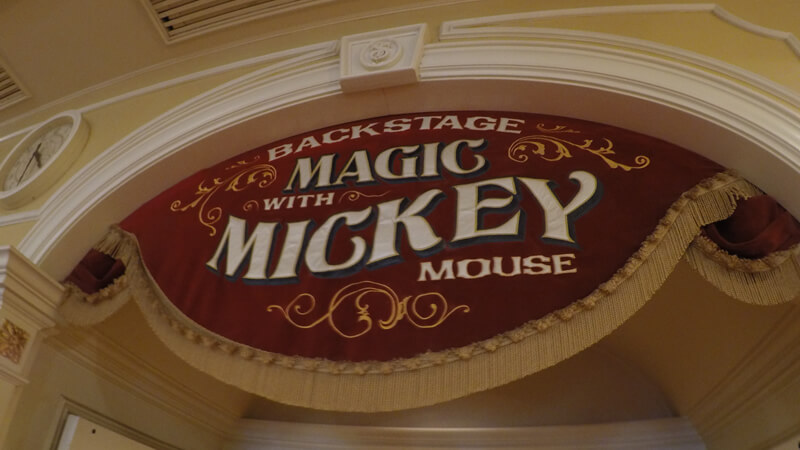 We started out at Town Square Theater — this is a great one for kids, giving them the opportunity to meet either Mickey Mouse or Tinker Bell. We were kept in suspense until we entered the room, and there he was. The magician himself — Mickey! Everyone’s favourite mouse took his time to hug, high five and pose for photos with everyone. You felt like he was your best friend! Make sure you save the photos to your MagicBands to download from your Memory Maker for a wonderful souvenir and a memory that’ll last forever. Seeing the kids’ reactions as they came out after meeting Mickey was priceless. These are the moments that are worth waiting for.

Naturally, we hit a few of the big attractions like Splash Mountain and the Seven Dwarfs Mine Train. Both were amazing attractions — Splash Mountain being a classic log flume that’s bound to get you soaked. Oh, and keep an eye out in the dwarfs’ mine for a Mickey-shaped jewel… (Hint: it’s on the left!)

I have to talk about Enchanted Tales with Belle over in Fantasyland. It’s a live interactive show that the kids just love. You’ll be introduced to the show in Maurice’s cottage before being transported through a magic mirror to Beast’s Castle. The mirror genuinely amazed one of our team, but I’ll leave that for you to see for yourself. 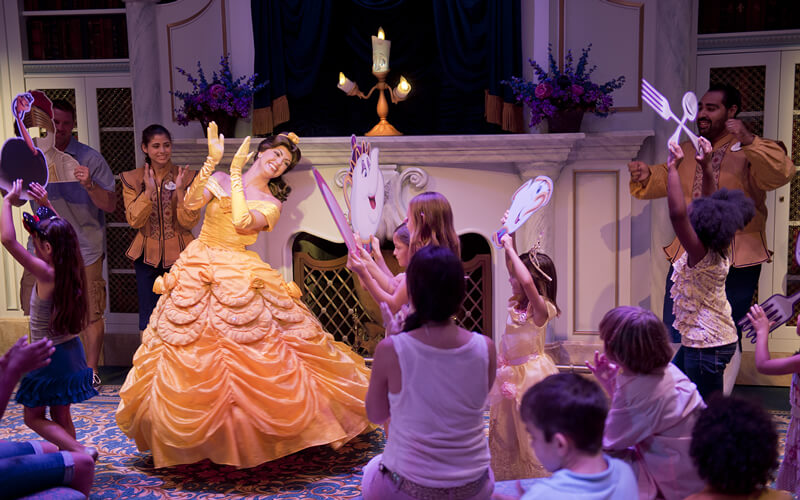 Once you’re there, the kids are picked to play a part in the show, from Chip the Teacup to the Beast himself. Someone from our team and I actually played the parts of marching suits of armour (It's not us in the picture though)! You’re then taken into a room where Belle herself will tell you the tale of how she met and fell in love with the Beast. If you’re in the show, you’ll also get your picture taken with Belle and be able to get all the photos of the show with Disney PhotoPass+. Another treasured memory for the family photo album. This is such a great little show for the kids, and another way to get up close to one of their favourite characters.

The Magic Kingdom Park was the first theme park at Walt Disney World Resort, and with six themed lands to explore, it’s definitely worth planning ahead and booking your Disney FastPass+ selections for the rides you can’t miss. There’s plenty to see and do around the park, so you might want to think about coming back for a second or third day. This’ll also give you the opportunity to check out some of the ‘hidden gems’ of the park too, like hunting down the ‘Hidden Mickeys’ and playing Sorcerers of the Magic Kingdom. This is a free game you play around the park — collect your map and a pack of cards from the fire station and hunt down villains to see if you can beat them. Hours of fun for the little ones. 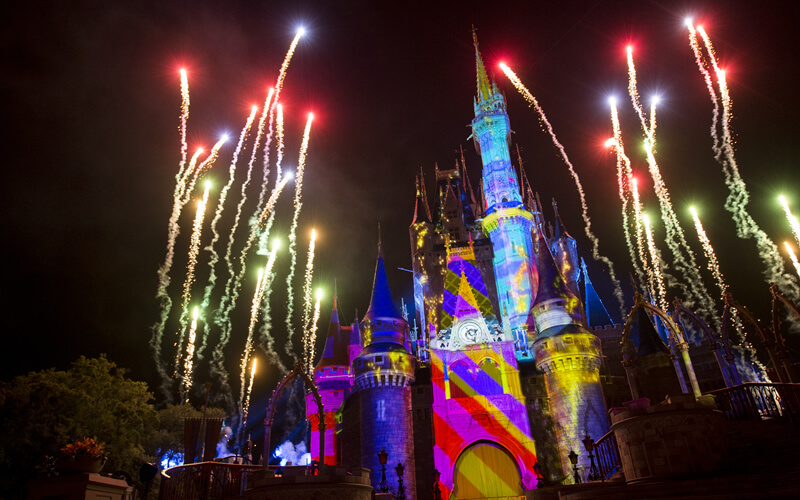 Oh, and you have to finish up the day with the Happily Ever After fireworks display. It’s the most amazing display of animated projection (onto Cinderella Castle) and fireworks you’ll see. It actually brought one of our team to tears, they were so happy! If you can, save one of your Disney Fastpass+ selections to reserve a good seat in the main square for a great view.

I loved my time at the Magic Kingdom Park and Walt Disney World Resort in Florida — I’m sure everyone else will as well, regardless of age!

Ready to experience some magic and become a superhero in the eyes of your kids? Take a look at our holidays to Walt Disney World Resort in Florida and make some memories in their world-famous parks. 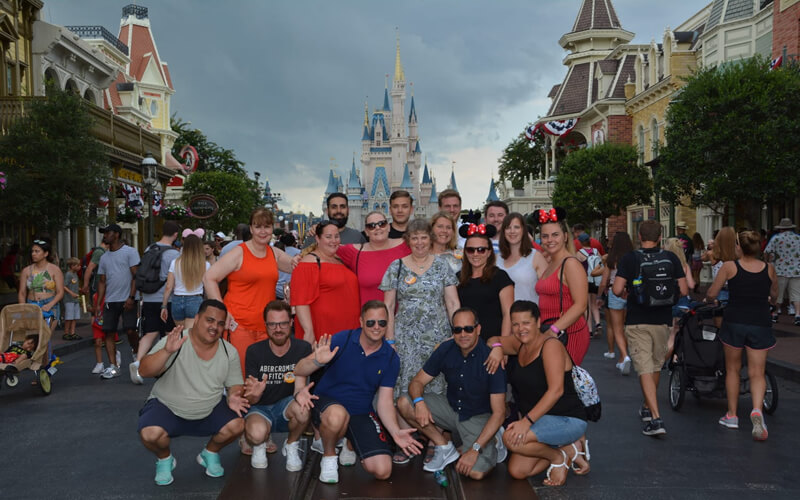