Fantastic Places - Inspired by Fantastic Beasts and Where to Find Them

Decades before Harry Potter stepped foot into Hogwarts, trouble was stirring across the pond in the Big Apple. “Fantastic Beasts and Where to Find Them” whisks (or rather, disapparates) us away to 1920s New York where Magizoologist, Newt Scamander, arrives to begin his ‘tail’*.

On November 18th, 2016, the world was introduced to Eddie Redmayne and co. as they navigated the growing dangers of the magical world. Fortunately, our No-Majs here at Virgin Holidays have braved this new menagerie, and breached the Statute of Secrecy to expose this magical world to all No-Maj’s (American for ‘muggle’ – or non-magic users). Let’s dive into the spellbinding city that is New York, and explore a few places you might want to explore further from the movie:

Times Square needs no real introduction, but you might not have seen it quite like in Fantastic Beasts. 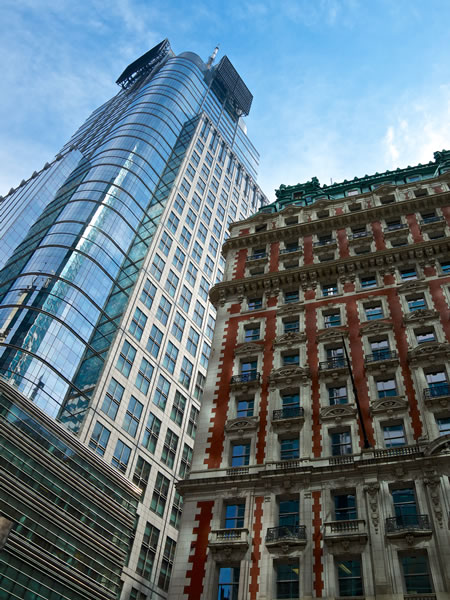 The Knickerbocker Hotel, built in 1906 by John Jacob Astor IV, is probably one of the iconic examples of fantastic architecture that can be found around the city – memories to be glimpsed upon, as if through a Penseive.

Having closed in 1920, it was converted to offices, but has recently reopened as a hotel again. It’s rumoured that the original dry martini was invented at the hotel bar, so why not nip in for a few sips (it’s no Giggle Water, but still).

Suitably located amongst the hustle and bustle of Times Square; key scenes take place in and around the bright lights and billboards here, as Newt finds himself swept up in the obscure magical happenings that begin to plague the city… 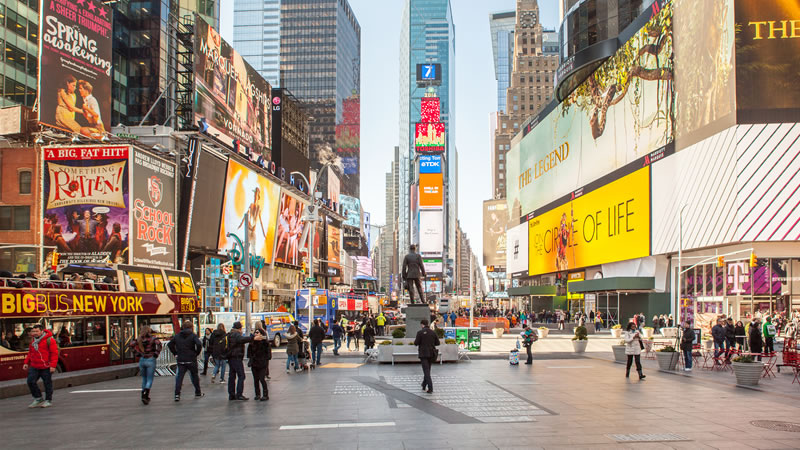 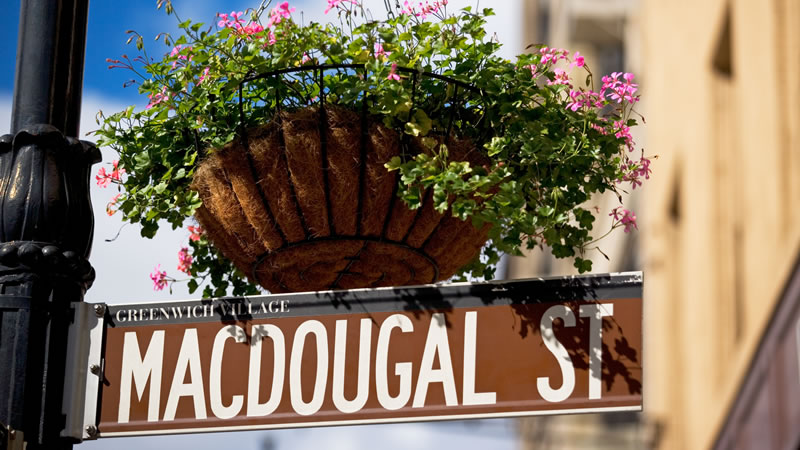 Walk down 124 Macdougal Street, ring a buzzer and step into this underground speakeasy-style bar. It may not be the wizards’ speakeasy, The Blind Pig, but this place will make you feel worlds away from modern day New York.

A holdover from the 1920s, when speakeasies were rife, this cellar-like bar serves a host of European beers; so if you’re a connoisseur, swing by this inconspicuous location and soak up the ambience. You won’t be entertained by a Goblin jazz singer, or have the company of the wizarding worlds’ most wanted… but you’ll have a good time nonetheless!

No-Maj’s have to get around somehow, right? City Hall Station was the original terminal for New York’s first subway station. It was closed in 1945, but you can still steal a quick look of the historic station by staying on the 6 line. It’s still used as a turning terminal for the current subway.

Okay, so a subway station isn’t on your usual sightseeing tour, but if you’re a die-hard fan of the wizarding world, and want to check out all the sites from Fantastic Beasts, this one is worth a quick spin whilst on your way around the city. We assure you that you’ll be able to enter the station. No Aurors casting a shield spell to keep you out here… 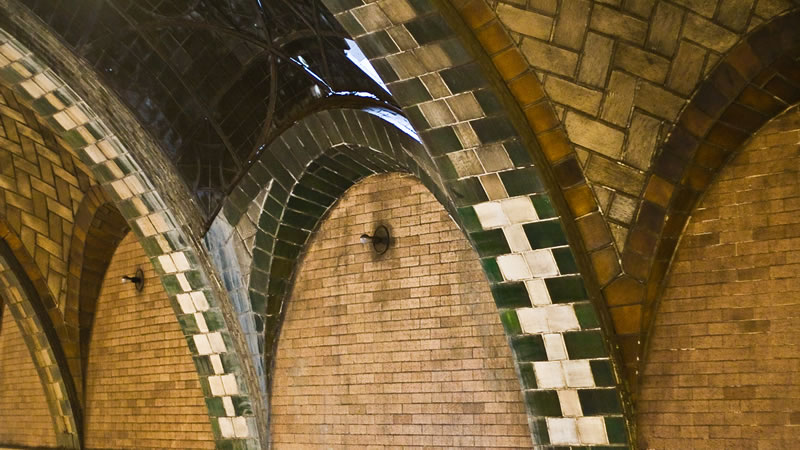 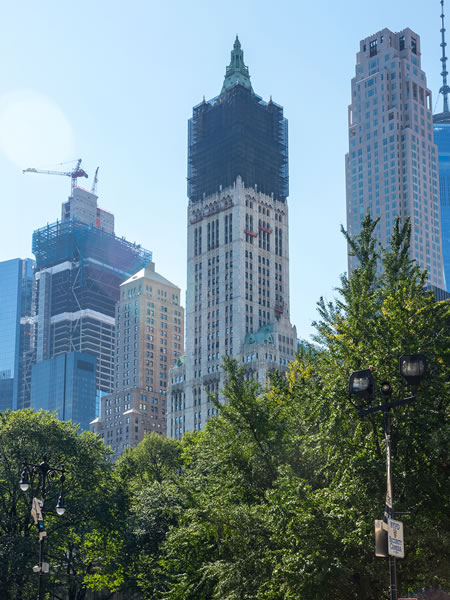 The Woolworth Building is another beautiful example of architecture to enjoy around the city, and was the highest skyscraper in the world until 1930. There used to be an observatory at the top of the tower and, in the 1920s, it was one of the top tourist attractions in the Big Apple.

We can’t promise you’ll find yourself amongst the magical elite if you enter this building, but you can take in plenty of history with the neo-Gothic tour from the lobby.

Interesting fact: J.K Rowling specifically chose this building to be the site of MACUSA (The Magical Congress of the United States of America) in Fantastic Beasts. Harry Potter fans may immediately spot the reason why as they enter the doors… 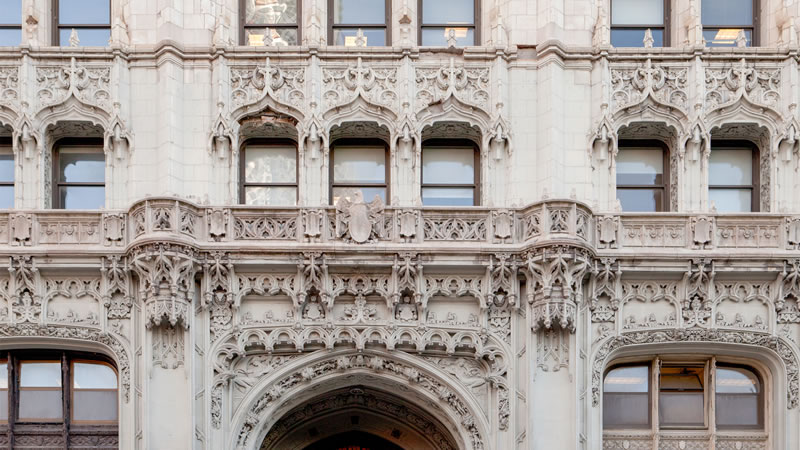 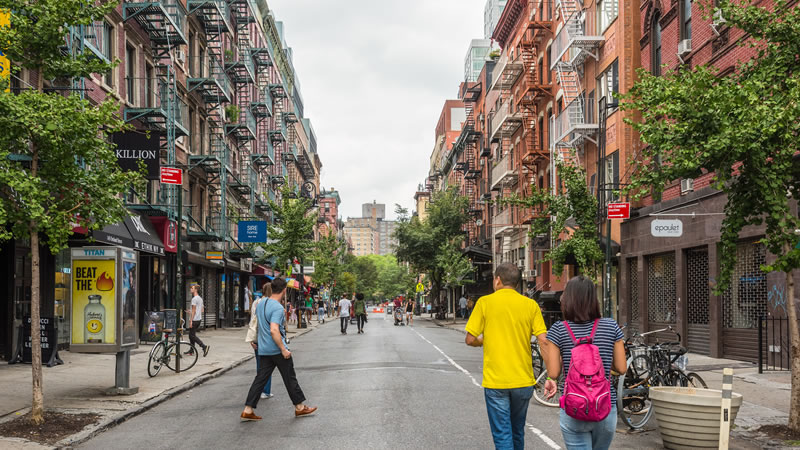 The Lower East Side was home to a variety of people back in the 1920s – No-Maj’s, wizards, and witches alike. Walking through LES now, you’ll get a great sense of what the place was like back then, with plenty of places to check out.

Head on over to the Tenement Museum, for a glimpse into life for immigrants moving into the area at the time. You can also take advantage of some great walking tours to see more of the area, and pop by 97 Orchard Street for a look at a preserved tenement that helped Fantastic Beasts’ filmmakers get a feel for the set designs for the era.

All that exploring can work up a decent appetite too, so make sure you swing by Russ & Daughters or Katz’s Deli for some New York classics, such as bagels, lox (smoked salmon) and pastrami sandwiches.

There’s plenty of other things to see and do in New York, so make sure you don’t miss out. Start conjuring up your own magical trip to the Big Apple with our fantastic deals!

*Tales! We mean ‘tales’. We don’t have any tails, but we do have plenty of other ‘tales’ to tell.