Cuba’s capital, Havana wears its faded colonial glamour very well. A living embodiment of a national pride in carefully maintaining the old and worn, rather than our headlong jettisoning in favour of the new and the next big thing, this is a city whose time-travel appearance is much more than skin deep. It’s there in the architecture, the music, the beautifully preserved 1950s American cars. But how do you tap into the spirit of Havana? How do you feel the rhythms for yourself? Here are three experiences that you can enjoy, that’ll help you on your way…

Havana’s Tropicana Club is one of those rare cultural phenomena whose influence on all that follow is so huge that it eclipses the original. This is the tropical big-band and sequins cabaret club and casino that spawned endless imitators, and that, 78 years after it high-kicked its way into world, still wows audiences with spectacular and glamorous entertainment that’s not so much old-school as it is timeless.

Located on a lush and leafy estate on the edge of Havana, the Tropicana Club sets its stage (literally and figuratively) under the stars, giving its flamboyant company of singers, musicians and dancers a uniquely exotic backdrop to their performances. With a freshly made Cuba Libre in your hand, and kaleidoscopic dancers sashaying to the sounds of cabaret orchestra giving its all, it really doesn’t matter what your music taste is – you will be swept up in the spectacle. And as you are, you’ll become part of the Tropicana’s elegant and illustrious history yourself. 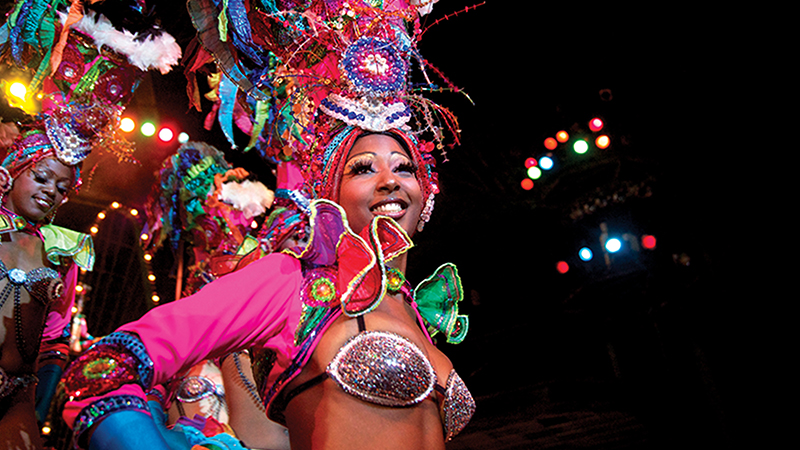 An historic fish restaurant and cocktail bar in Old Havana (La Habana Vieja), El Floradita’s longevity makes the Club Tropicana look positively youthful by comparison. It first opened as – wait for it – The Silver Pineapple (La Piña de Plata) in 1817, changing its name in 1917. Today, and as with much of Havana, El Floraditas’s décor cherishes its pre-revolution heyday in the early ‘50s, and that alone would make it worth a visit. But the restaurant has much more going for it than just a fondness for period furnishing.

For one thing, the frozen Daiquiri was invented here – indeed, the joint is known as the ‘Cradle of the Daiquiri’, so you know you’ll be getting the real deal. For another, this was a favourite haunt of sometime Havana local, Ernest Hemingway, as well as Graham <i>Our Man in Havana</i> Greene. So what could be more retro-cool Cuban than raising a Daiquiri Floridita to Hemingway’s bronze statue by the bar? Well, how about relaxing your British inhibitions with a few cocktails before taking to El Floradita’s floor for a salsa lesson? Perfect. 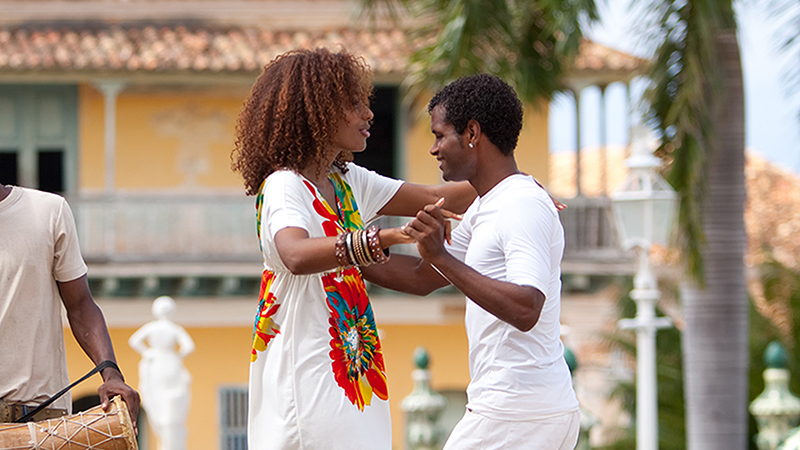 Few activities immerse you in the rhythm of a destination more effectively than exploring it on foot. Add a friendly and knowledgeable local guide, and layers of history reveal themselves in a wonderfully memorable way as you stroll. And Old Havana has no shortage of fascinating layers, what with its glamorous post-WW1-sugar-boom expansion, and Castro’s 1950s revolution writ large in the extravagant colonial architecture weathered by decades of decline. Recently, a formal movement to preserve and renovate has begun, but Old Havana’s unique aspect remains, from the Art Deco Bacardi Building – Havana’s first skyscraper, complete with the iconic Bacardi Bat motif at its peak – to the grandiose Capitolio Nacional. Once the seat of the Cuban government, this domed beauty (reminiscent of the Capitol Building in Washington DC) is now home to the Cuban Academy of Sciences.

To make these experiences part of your Cuba holiday, speak to your Virgin Holidays Concierge.