History of the USA

From sprawling vineyards and Art Deco buildings to iconic statues, The USA has a fascinating history to explore. Here’s just a few pointers on how to discover America’s intriguing past. 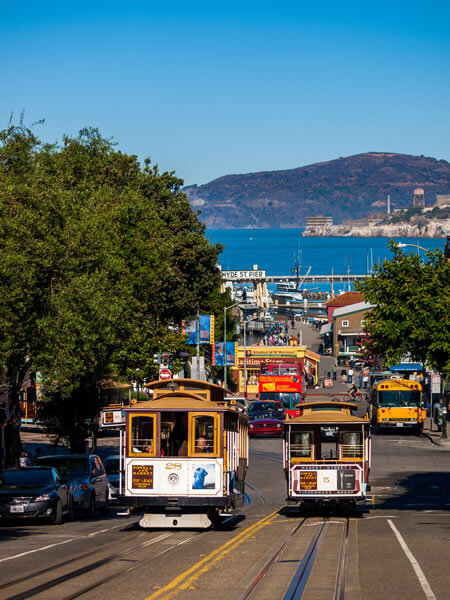 Quite literally sitting in the shadow of the Golden Gate Bridge, Alcatraz Island is a day (or night) worth exploring. Grab the ferry from Pier 39, and follow in the footsteps of Al Capone, George "Machine Gun" Kelly, or Nicholas Cage and set foot on the notorious ‘Rock’.

Most commonly known for being a penitentiary for 30 years, the island itself has hosted more than just notorious criminals and well-loved actors. Native Americans once called the island home for 19-months between 1969 and 1971, and you can see an exhibit on this occupation during your tour of the main cell-block. . If you’re feeling brave, there’s also a night tour on offer. Once you’ve broken out of prison, take a walk along the Agave Trail. Enjoy the bird sanctuary, flora and fauna, whilst snapping the gorgeous views of the San Francisco Bay area.

If we’re getting back to nature, take a trip on the vintage Napa Valley wine train, just a stone’s throw away from San Francisco. Roll through this lush wine-growing region and perhaps you’ll pass the spot where the first vine was planted in 1683. 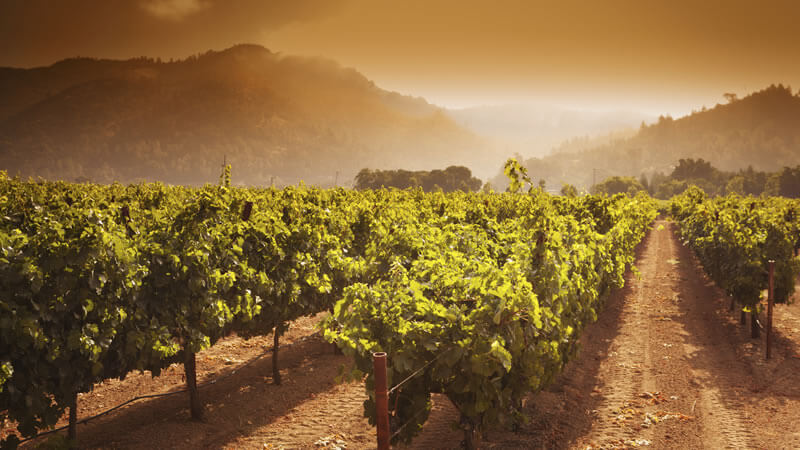 Just before the first motion picture in Hollywood, the city of Las Vegas was formed in 1905. Fremont Street in the historic Downtown area was a place of firsts in Vegas – the first hotel in 1906 (Hotel Nevada), the first paved street in 1925, and received the first Nevada gaming license in 1931, amongst many others. This was Vegas, before Vegas moved to ‘The Strip’, and the home of gambling before it was formerly legalised in Nevada in 1931. 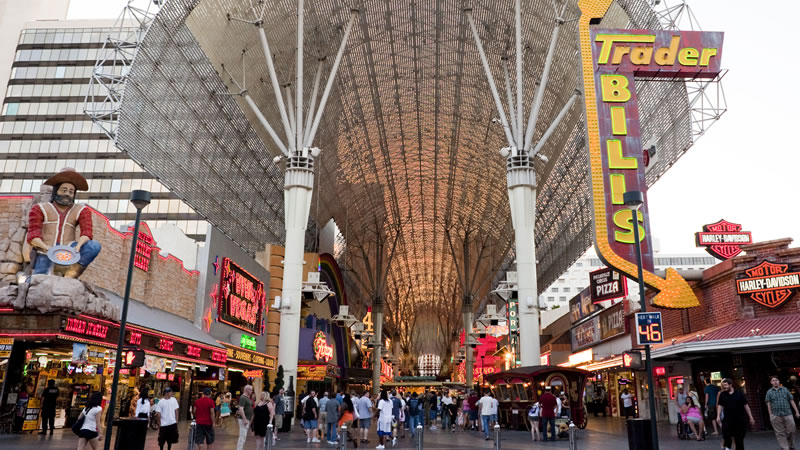 The Fremont Street Experience (FSE) captures all of this, so be sure to check it out if you find yourself wandering through ‘Glitter Gulch’.

If you find yourself in the Deep South, then New Orleans is where it’s happenin’. The French Quarter here offers a peak into its roots from 18th Century French rule. As the oldest neighbourhood in New Orleans, all you have to do is look around at the architecture to soak up the tales of times gone by. Whilst still known as the ‘French Quarter’, much of the area was rebuilt by the Spanish after several fires during the late 18th century. 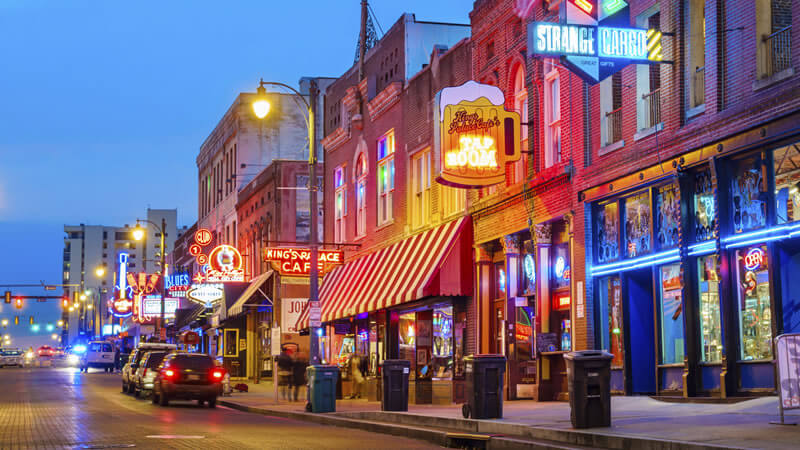 The Big Easy and other Deep South Cities were, of course, also the birthplace of blues, jazz and rock ‘n’ roll. Take a Music Cities Tour and discover the famous Beale Street, Sun Studios, the Grand Ole Oprey; as well as other old haunts of Johnny Cash, Elvis, et al.

There’s no doubt Washington occupies some of the most important pages of US history books. What better place to start than The National Archives, home of the Constitution, Bill of Rights and the original Declaration of Independence from the 4th July 1776. Explore The Washington Monument, US Capitol Hill and myriad memorials along The National Mall. 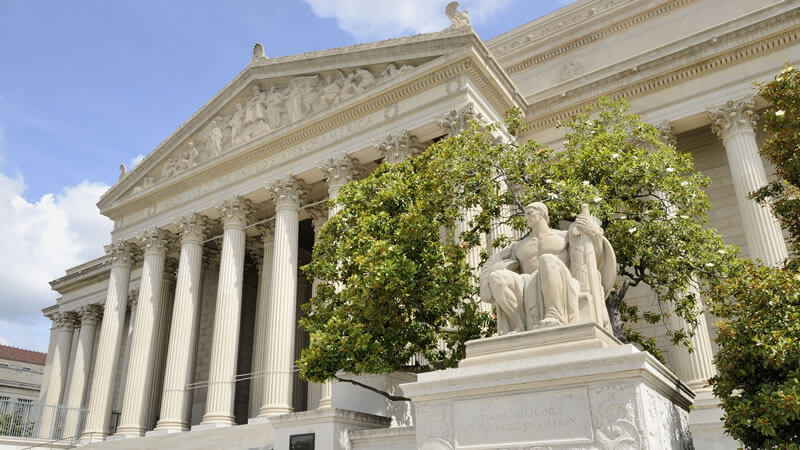 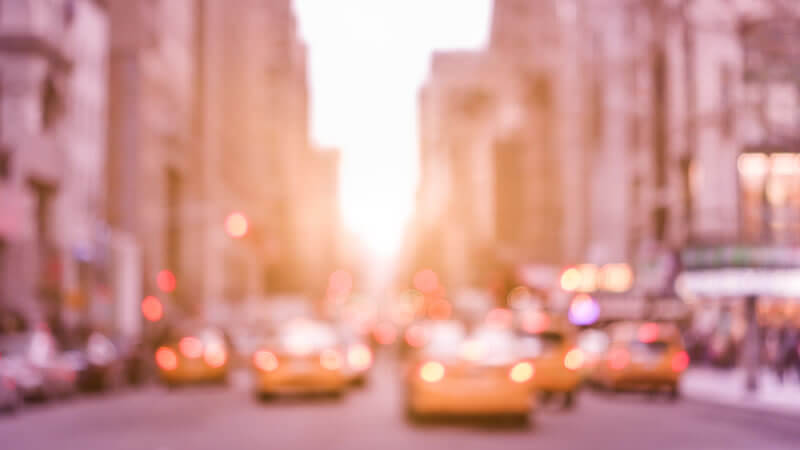 The discovery of New York dates back to the 1500s but it was the 19th and 20th centuries when it began to resemble the modern city we know today. Explore City Hall, the oldest US government building and see the 11-storey Tower Building on 5th Avenue (the city’s first ‘skyscraper’). Or a trip to the iconic Statue of Liberty and Ellis Island unveils New York’s fascinating immigration history.

It was the late 19th Century when the modern Floridian city was ‘born’. After the First World War, the beautiful Renaissance-era Villa Vizcaya was built and ‘Millionaire’s Row’ began.

The likes of Elvis, Sinatra and the Rat Pack were all frequent visitors at the Fontainebleau Miami Beach hotel after it opened in 1954.  From there it’s continued to expand and flourish into a stylish and trendy resort. Its oceanfront location is a perfect blend of Miami’s golden era and stylish modern luxury. After a day of exploring Miami’s historic art scene, wind down at the hotels secluded Oasis Pool or one of its intimate lounges or restaurants.

Whether you’re actively seeking to discover the hidden treasures of America’s history, or simply looking for something a little different to do whilst you’re out there, the USA’s got something for everyone.