Sun, sand, and rhythm of the soul... Welcome to Goa!

What comes to mind when you think of a Goa holiday? Stretches of silver sand wet by a rush of blue waters, the sky mirroring the sea below, the strumming of guitars from distant taverns, riverside promenades, white churches resting against green paddy fields and coconut groves, international cuisine with local flavour, sumptuous seafood, exotic fruits and intoxicating local drinks, longer days of sun, sand and seas. Experience all this and more with our Goa holiday packages.

Based on {{holiday.hotel.tripAdvisor.numReviews}} reviews
Virgin rating 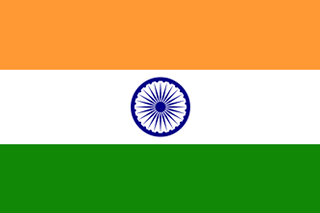 are our main partner airline

British citizens require a visa for India and need to obtain this before travelling.

Located in the heart of the 'backpackers' scene, the Anjuna flea market is the place to be on Wednesday's in Goa.

Who wouldn’t want to go to Goa? With its near-endless beaches, spice bazaars and laid-back attitude, India’s smallest state seems to have something for everyone. Whether you’re seeking luxury, tranquility, hedonism or hippy-chic, holidays to Goa deliver it all. Goa has 105km of Arabian Sea coastline, where golden sands and swaying palms are interrupted now and then by dramatic, fortress-topped headlands. Inland is a lushness of paddy fields and coconut groves rising to the waterfall-tinkled Western Ghats range. Meanwhile, the state’s Portuguese heritage, and subsequent melding of Indian and European cultures, has created a particularly rich and delicious destination. In short, Goa holidays are both intoxicatingly exotic yet blissfully relaxed.

With endless beaches, sumptuous cuisine and exotic culture to explore, our Goa holiday packages tick all the boxes. Whether you’re after a luxury stay or an activity-packed trip, take a look at our gorgeous Goa hotels to book your own great Goan adventure.