Can't find what you're looking for?

For more information or to book one of our wonderful Multi-destination holidays please contact one of our travel experts.

Toronto beckons you to explore its Chinatown, Indian Bazaar and culture-rich neighbourhoods. Dine in style at the CN Towers in its very own revolving restaurant offering unrivalled 360-degree views over this awe-inspiring metropolis. Visit the awesome spectacle of Niagara Falls, a wonder of the world and unforgettable experience. In New York, purchase a CityPASS and gain access to top attractions. Find your inner King Kong at the iconic Empire State Building, the ultimate New York experience.

Ethnically diverse with distinctive districts, shopping is a unique experience with five Chinatowns, Little Italy, Little Portugal and the Gerrard India Bazaar to explore. There is also fantastic shopping at the Eaton Centre, a multi-level glass-roofed galleria with more than 320 stores and 17 cinemas.

Find out about Toronto

Toronto is a city that has it all with five Chinatowns, Little Italy, Little Portugal and the India Bazaar to get lost in. If you have a head for heights then you'll love the CN Tower with its great views across the city and if you're peckish whilst you're up there then make sure to try out the revolving restaurant! Just outside of the city is the mighty Niagara Falls where you can take a boat ride to the base of the falls but be warned, you'll probably get soaked!

Head to the airport and fly from Toronto to New York.

New York can’t sleep. It heard you’re coming. Packed with more famous sites than you can wave a pastrami sandwich at, walking through the Big Apple’s kind of like stepping onto the set of a high-budget Hollywood blockbuster. Except this time around, the camera’s firmly set on you.

Find out about New York

Explore the 'concrete jungle' that is New York city on foot, cab, subway or even helicopter! This is the city that never sleeps and with an abundance of attractions to see, neither will you! Check out sites such as the Empire State Building, American Museum of Natural History, Top of the Rock and The Museum of Modern Art all of which form part of the New York CityPASS. That's not all, as there are plenty of cool neighbourhoods to check out such as SoHo, Tribeca and Greenwich Village which all offer something very different to explore.

Head back to the airport and fly from New York with Virgin Atlantic to London Heathrow (daily).

Can't find what you're looking for?

For more information or to book one of our wonderful Multi-destination holidays please contact one of our travel experts.

For extra piece of mind, new bookings made before 31 May 2020 also have the flexibility to amend free of charge up to 31 December 2021.

Important information: We are working hard to help all of our customers, particularly those already on holiday or due to travel in the next 72 hours.

We are currently contacting all customers whose holidays have been affected to discuss their options. This means we’re only able to accept calls and messages from those due to travel in the next 72 hours.

If you still need to speak to us to change or cancel your booking, and you are due to travel in the next 72 hours, please log in to Manage my booking to call or message us.  You are our immediate priority. 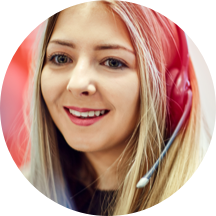