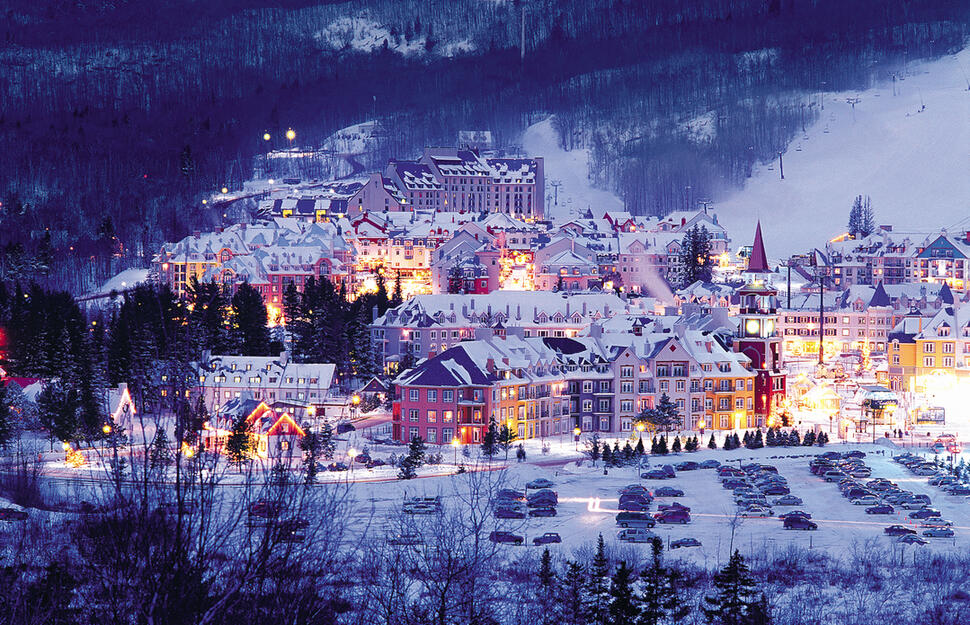 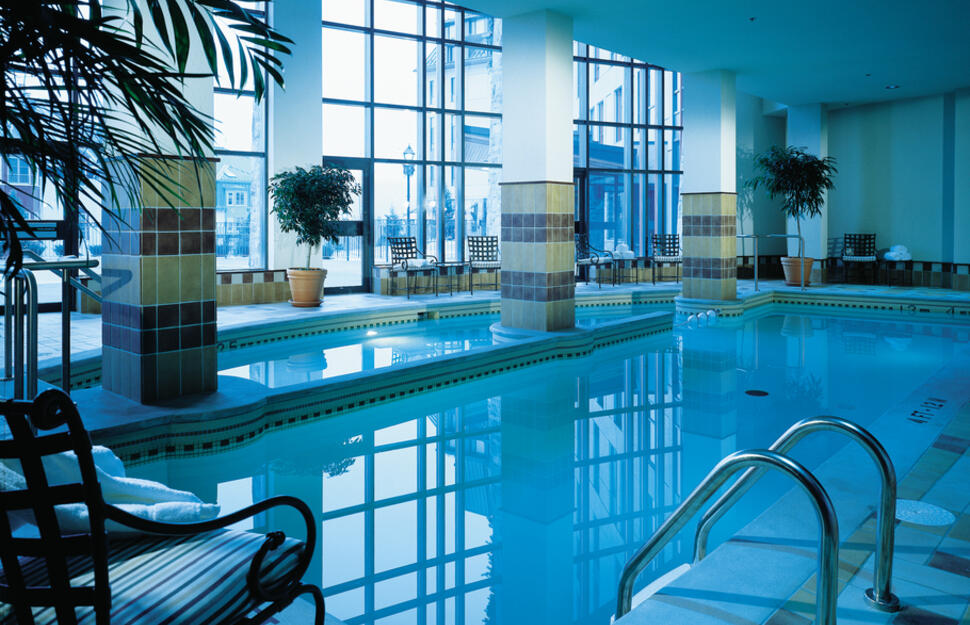 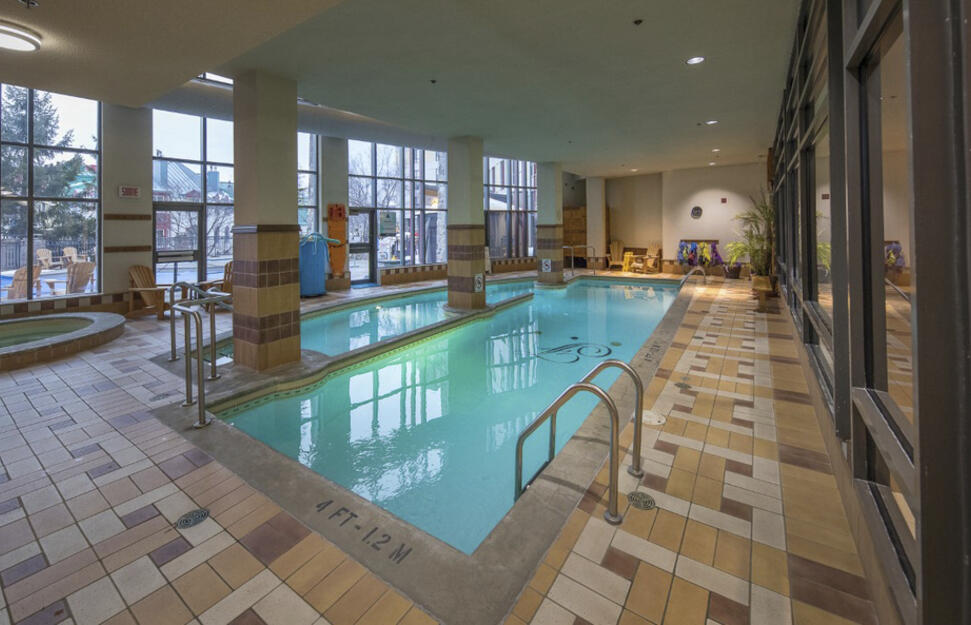 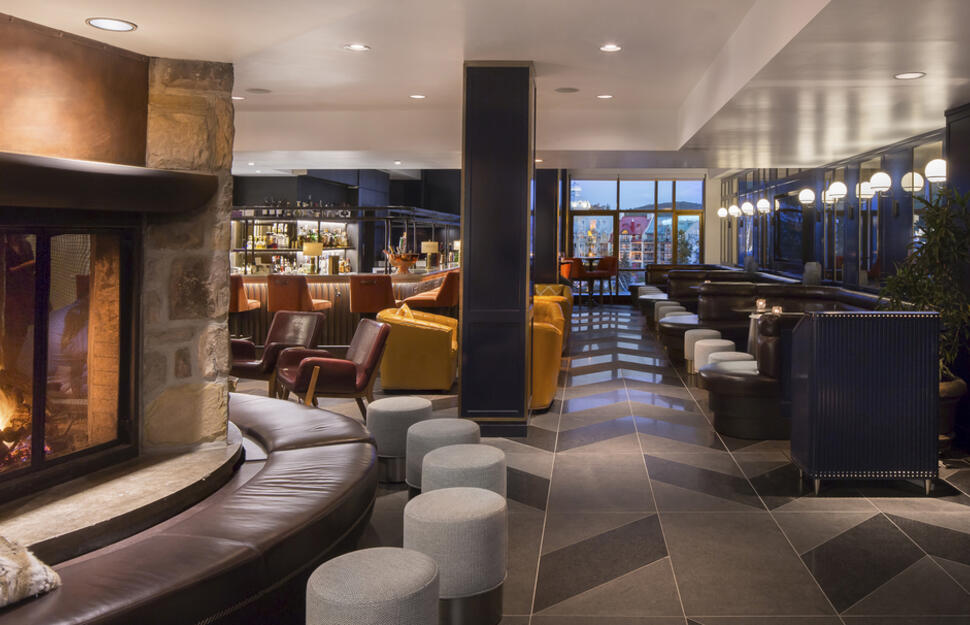 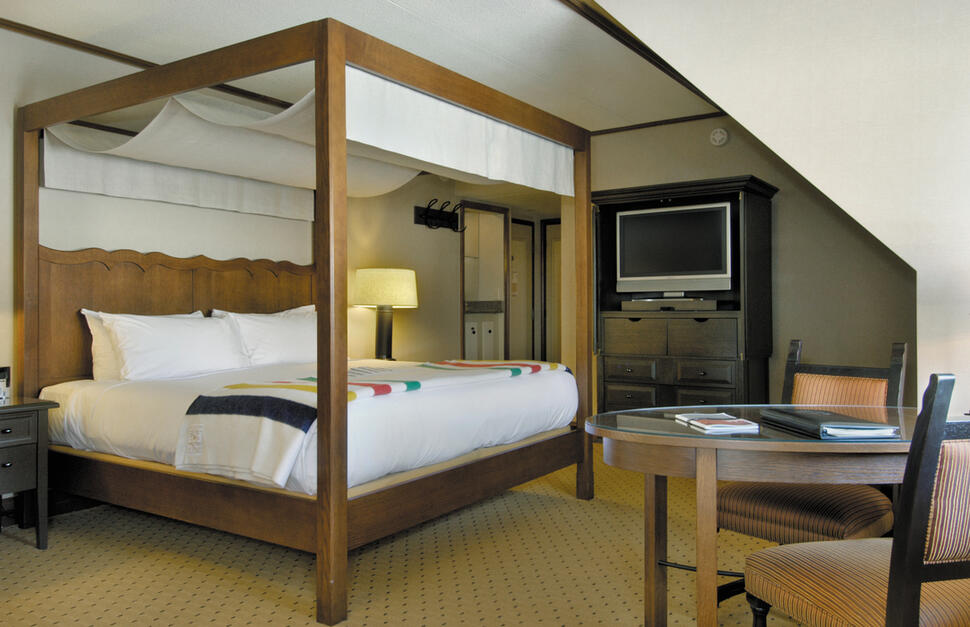 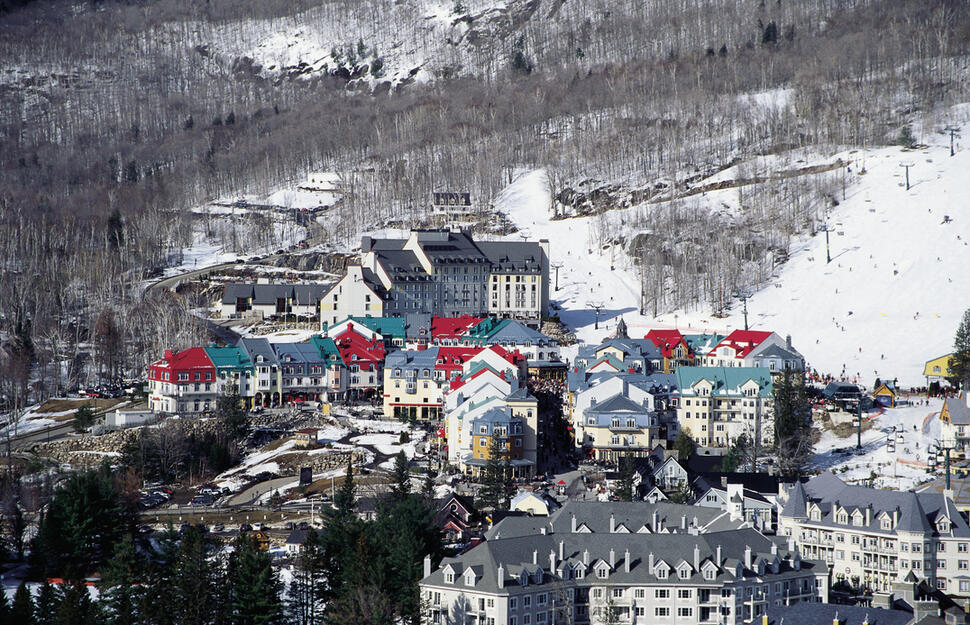 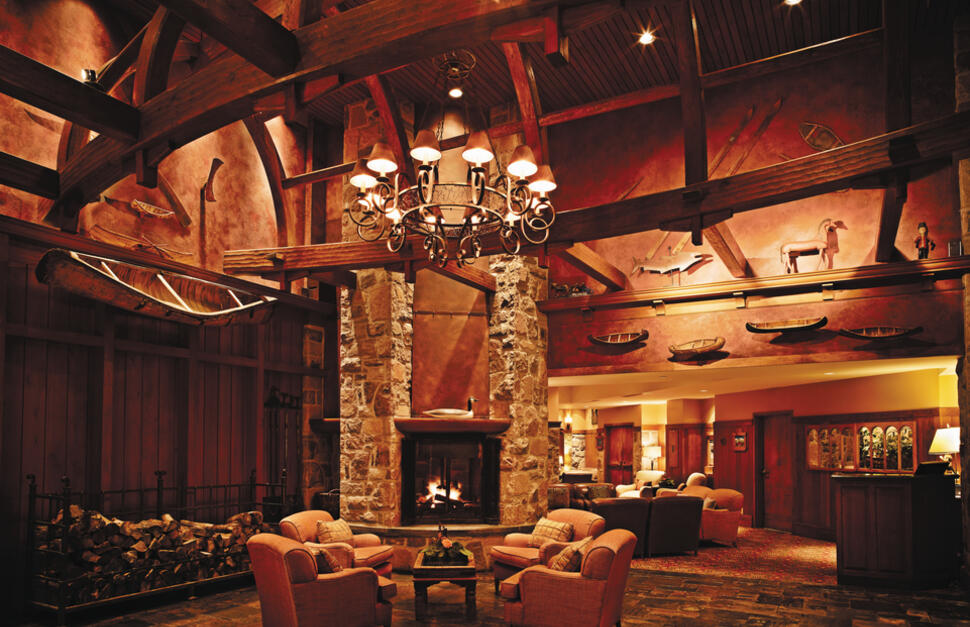 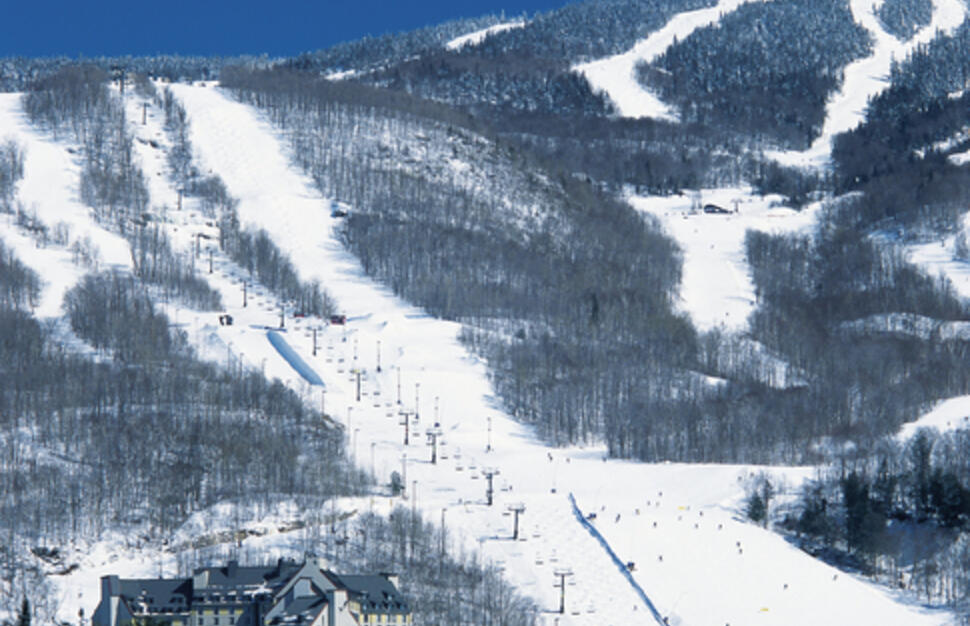 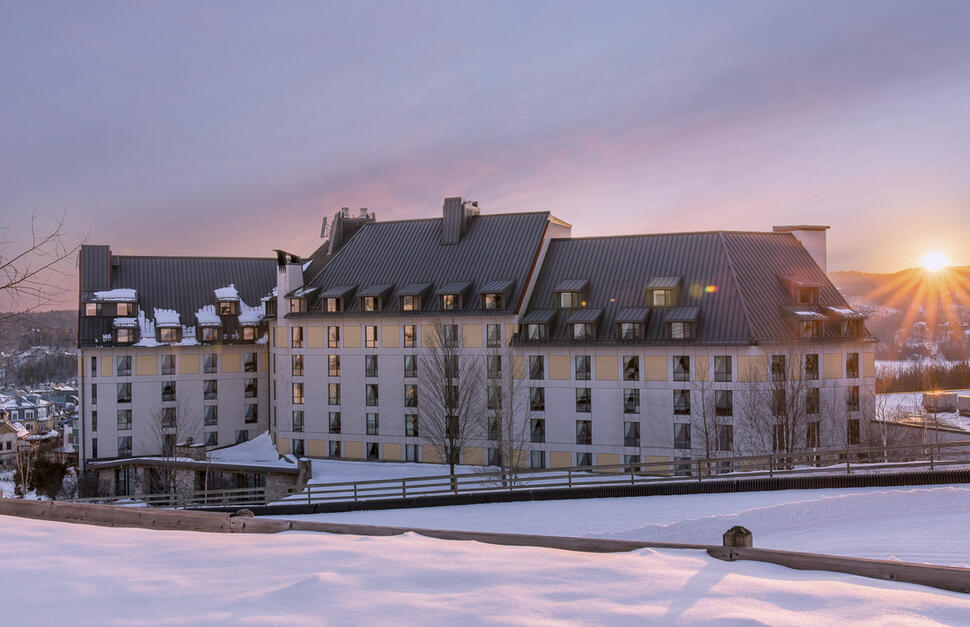 This luxury hotel is in a perfect slope-side location, with a high-speed chair lift on the doorstep to get you straight on to the slopes. The picturesque village of Tremblant is also on your doorstep and may manage to lure you away from the wealth of fabulous amenities available at the hotel. These include the Wigwam Café, great for a light lunch. Windigo Restaurant with its sumptuous theme buffets are a delight. At Nansen Lounge you can recount your day's downhill adventures over one of the signature martinis. That's after you've had a relaxing soak in the amazing, 400 sq ft hot tub! There's also an indoor pool and outdoor salt water pool and an Amerispa with 15 treatment rooms and therapies including 'pressotherapy' and wonderful foot massages. The hotel's complimentary ski valet service is a very handy bonus, allowing you to store your skis overnight.

At the base of the mountain overlooking the pedestrian village, within walking distance of shops, restaurants, bars and ski lifts. An easy walk to village amenities. Ski lift is next door to the hotel. Transfer time from Montreal Airport: 1 hour 30 minutes.

314 rooms on 7 floors in 1 building with 3 lifts. All with air-conditioning, flat-screen cable TV with pay-per-view films, WiFi access*, alarm/clock radio, telephone, tea/coffee-making facilities, mini-bar*, safe, hairdryer and iron and board. Standard Rooms have either 1 king-size bed or 2 double beds, sleeping maximum 4 adults or 2 adults and 2 children.

Please note: All rooms are non-smoking.