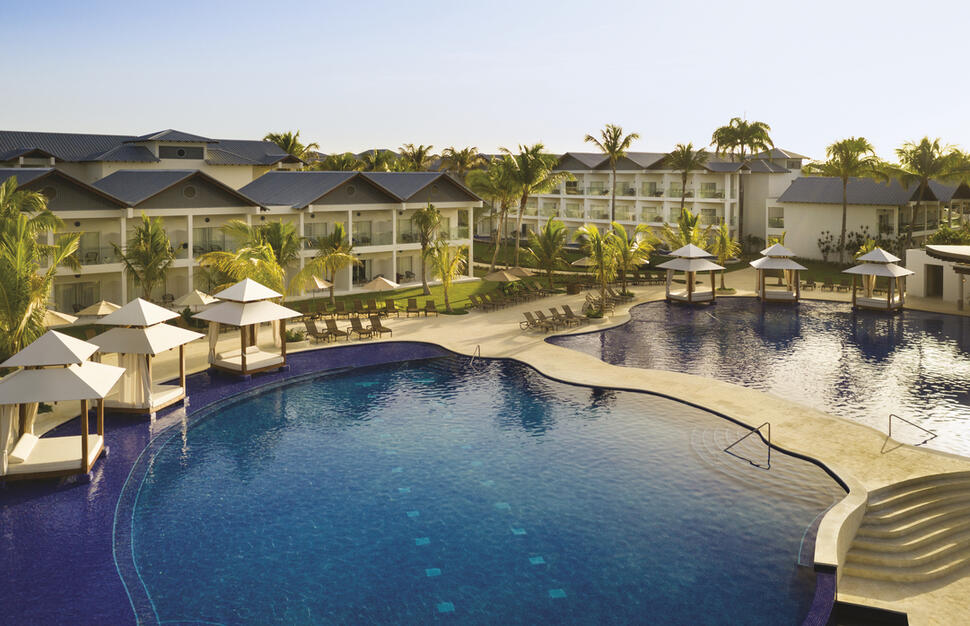 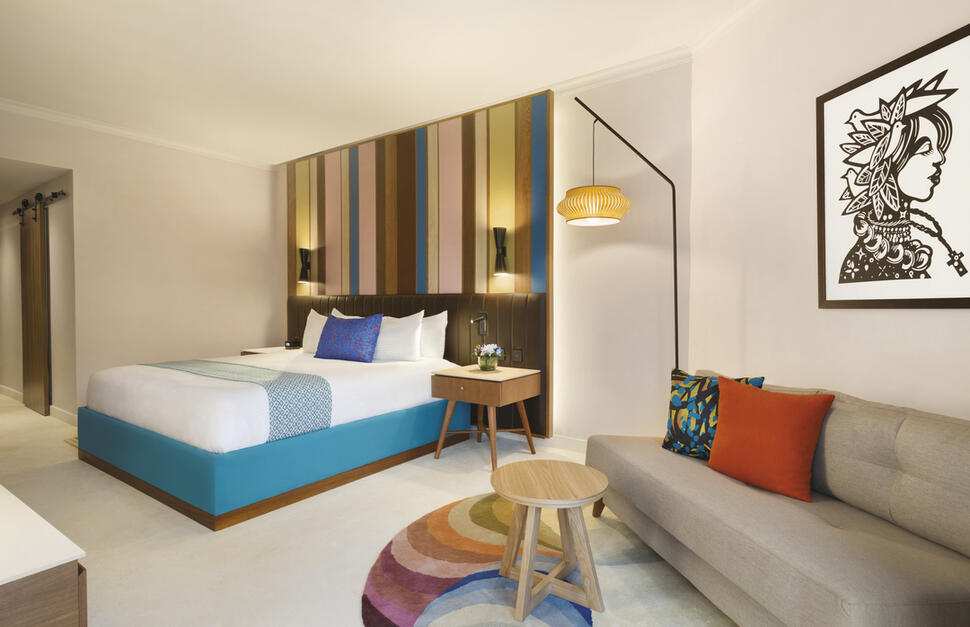 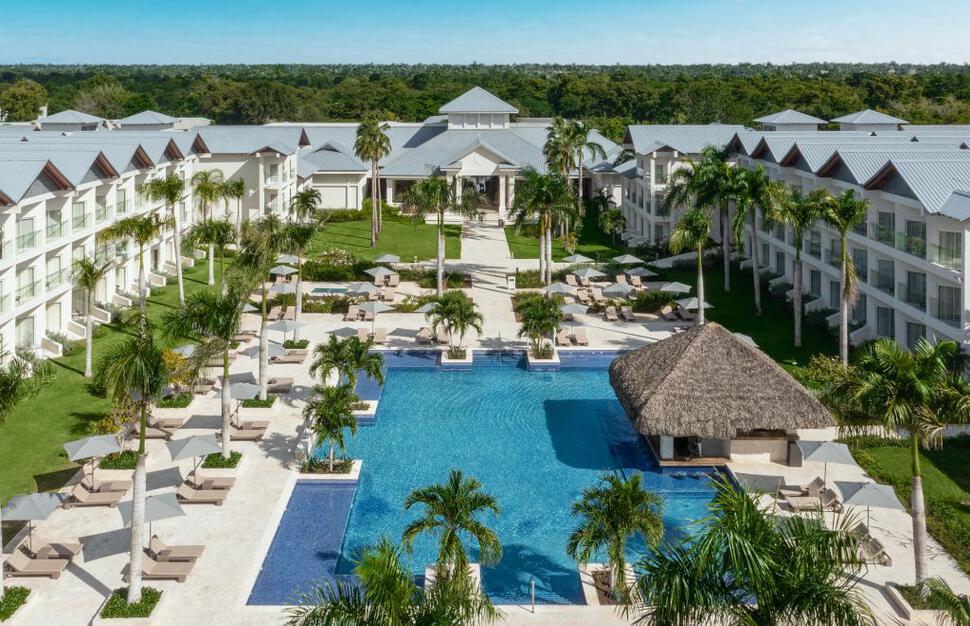 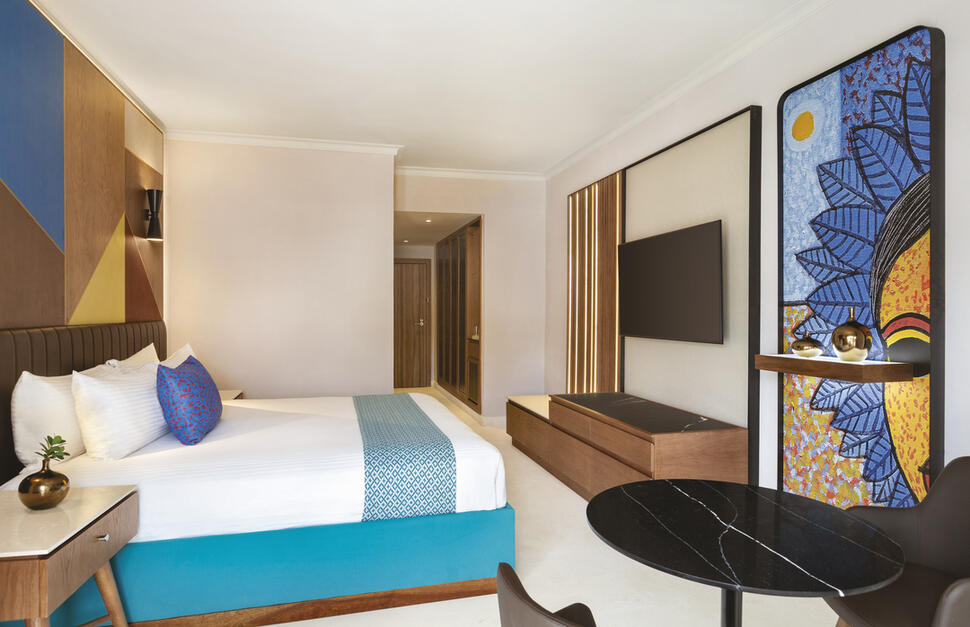 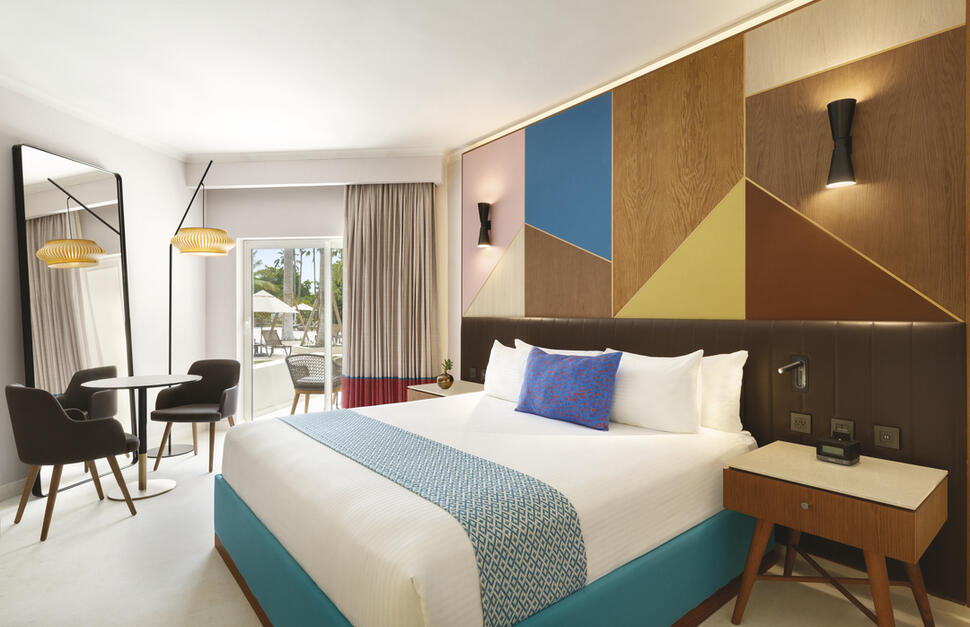 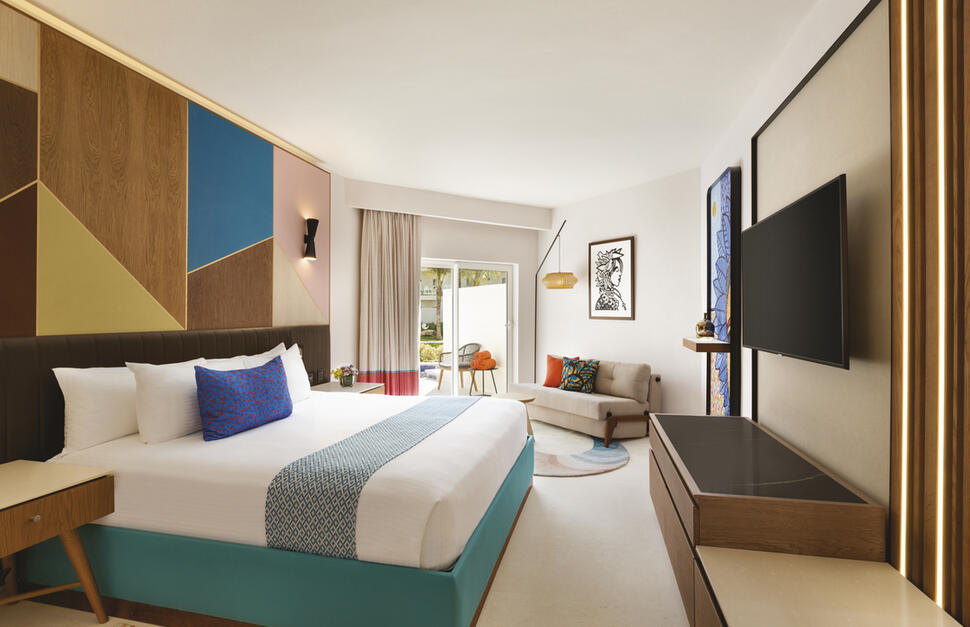 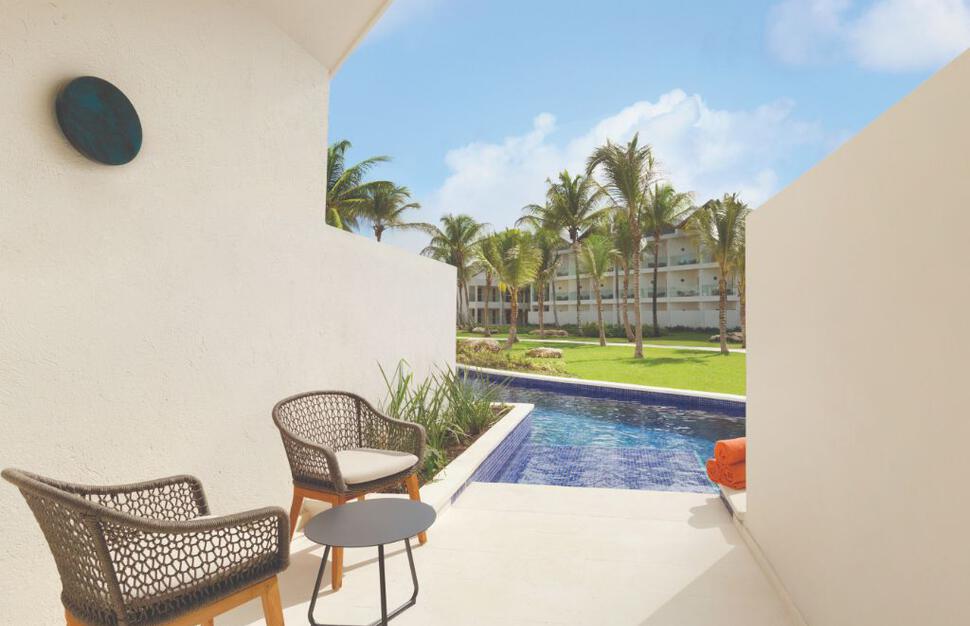 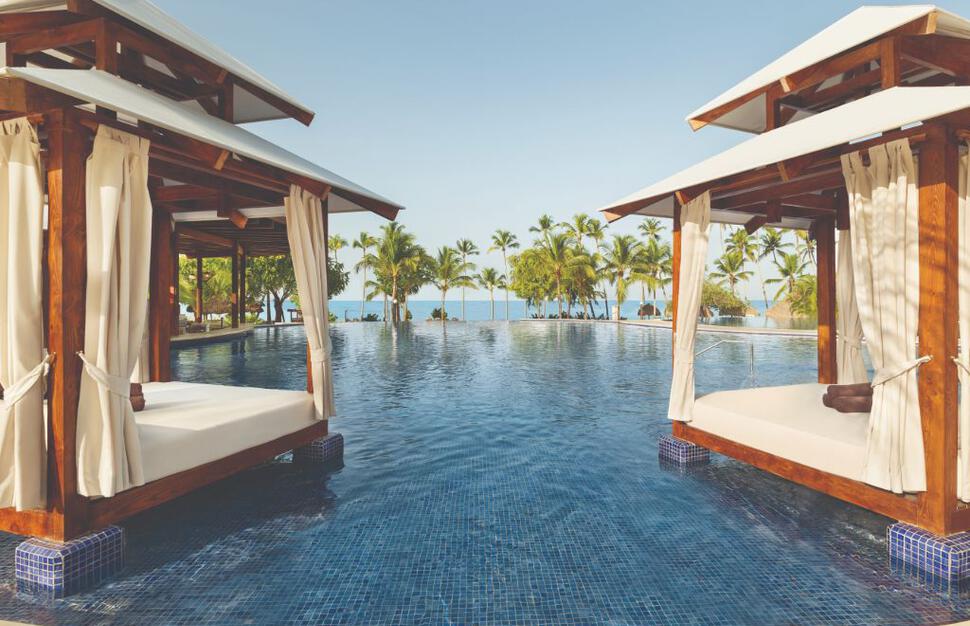 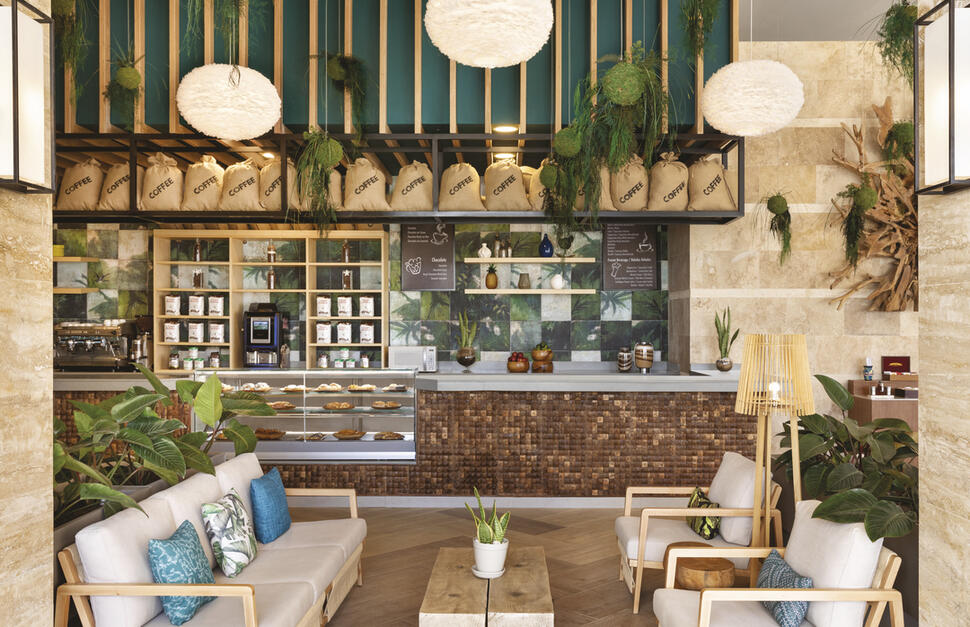 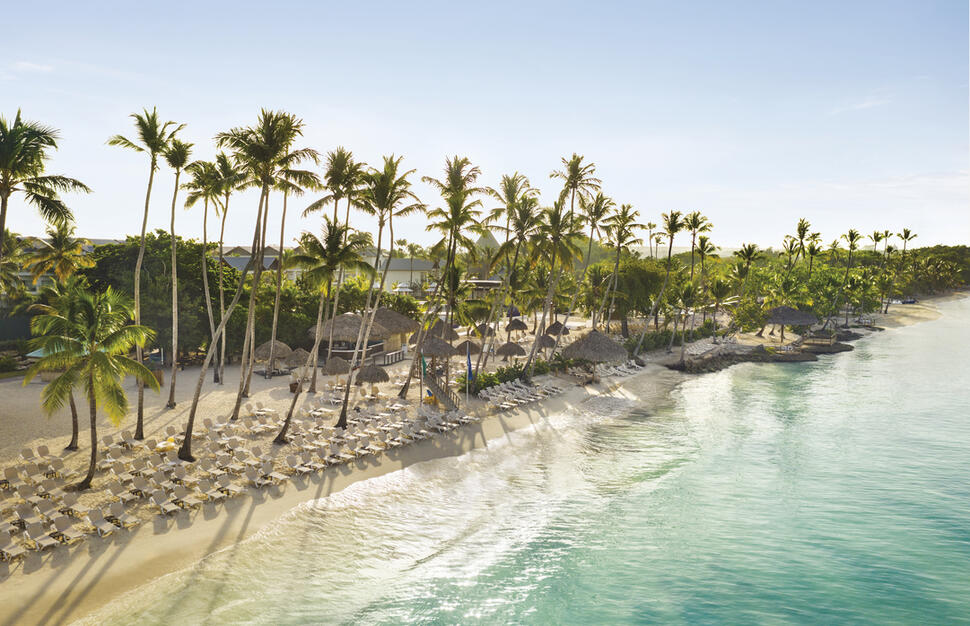 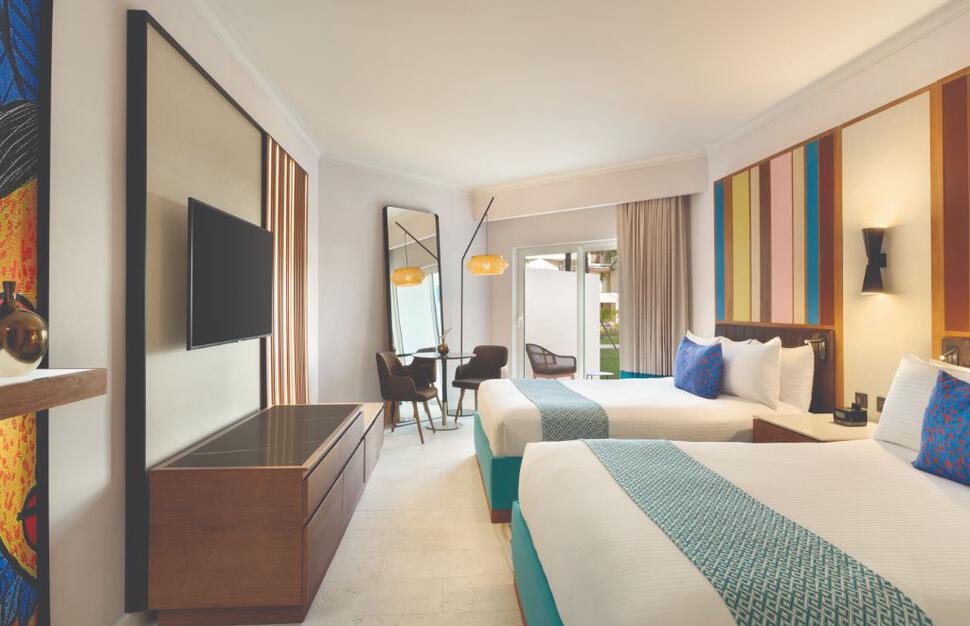 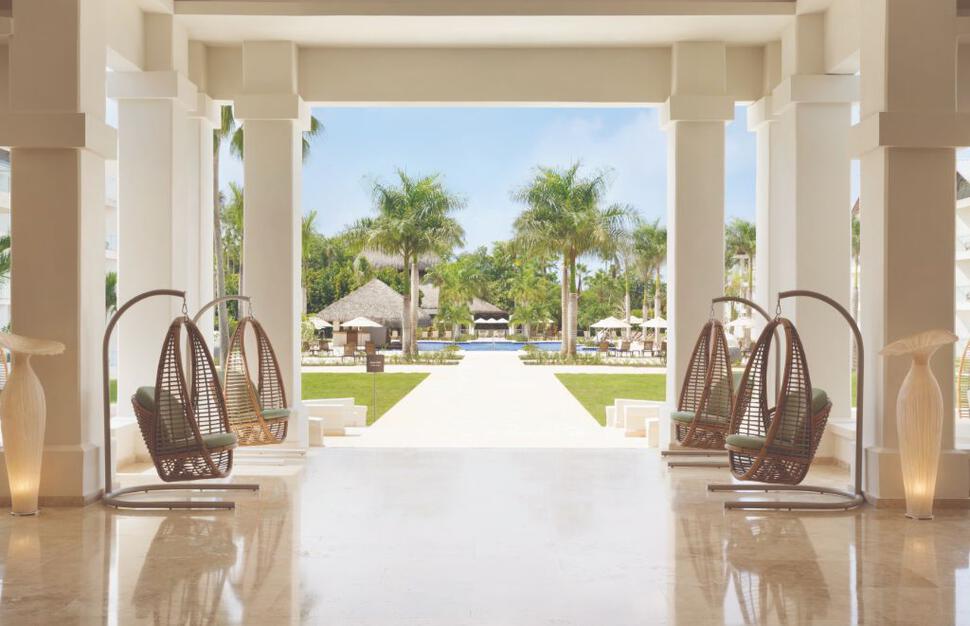 Two hotel experiences in one incredible resort, the newly revamped Hilton La Romana has one wing for families and another for adults. Everyone gets their own space and their own tailored activities – but you share the same brilliant beachfront location, near La Romana town and a speedy transfer from the airport, so you can start your holiday fast. They also share the same dedication to giving you everything – with an All Inclusive package that includes gourmet dining, beach and pool waiter service, your mini-bar treats, and attractions like biking, an ocean trampoline and ‘inflatable iceberg’, and beautiful pools.

On the southeast coast of the Dominican Republic, near 4 championship golf courses. Transfer time from Punta Cana Airport: 45 minutes.

350 rooms and suites. All with a TV, alarm clock with MP3 docking station, mini-bar (stocked daily with soft drinks, bottled beer and water) and safe. Garden View Rooms with a balcony or terrace and 1 king-size bed, sleeping maximum 2 adults.

Deluxe Garden View Rooms are the same as the Delxue Rooms only larger.

11 restaurants including 7 à la carte restaurants, a buffet, a grill, a pizzeria and a café. 8 bars and lounges. 24-hour room service.