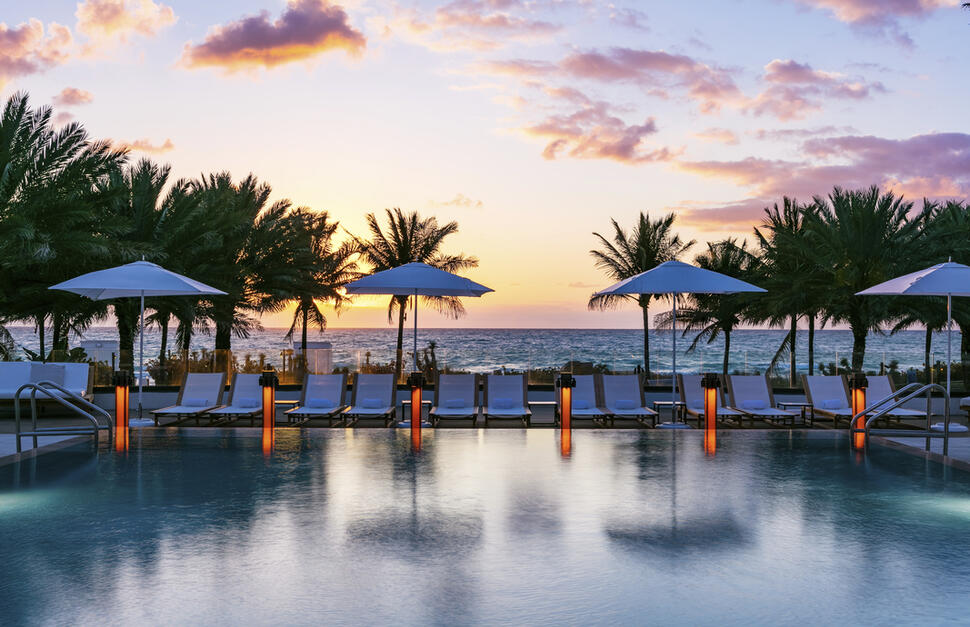 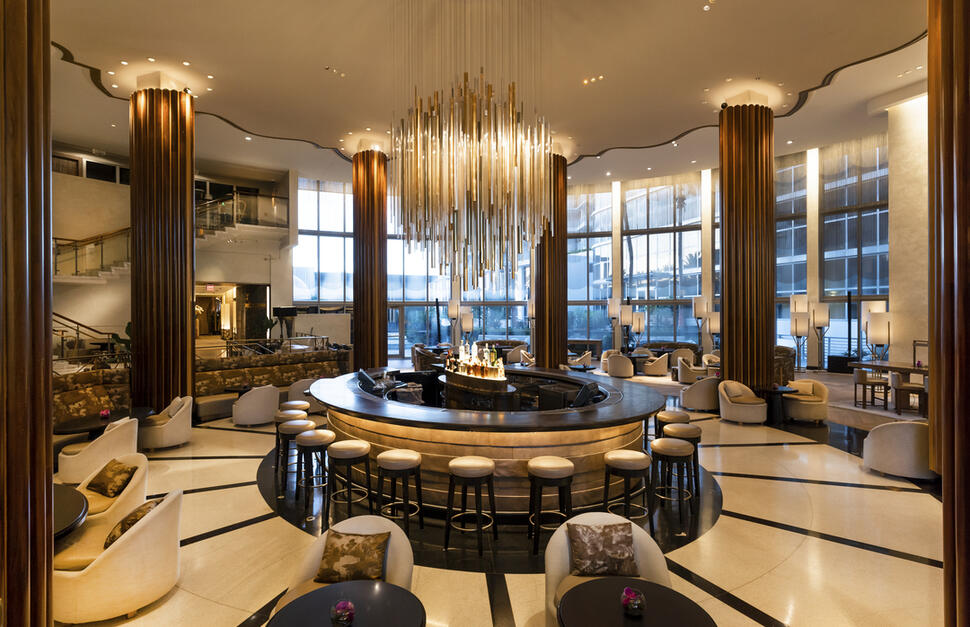 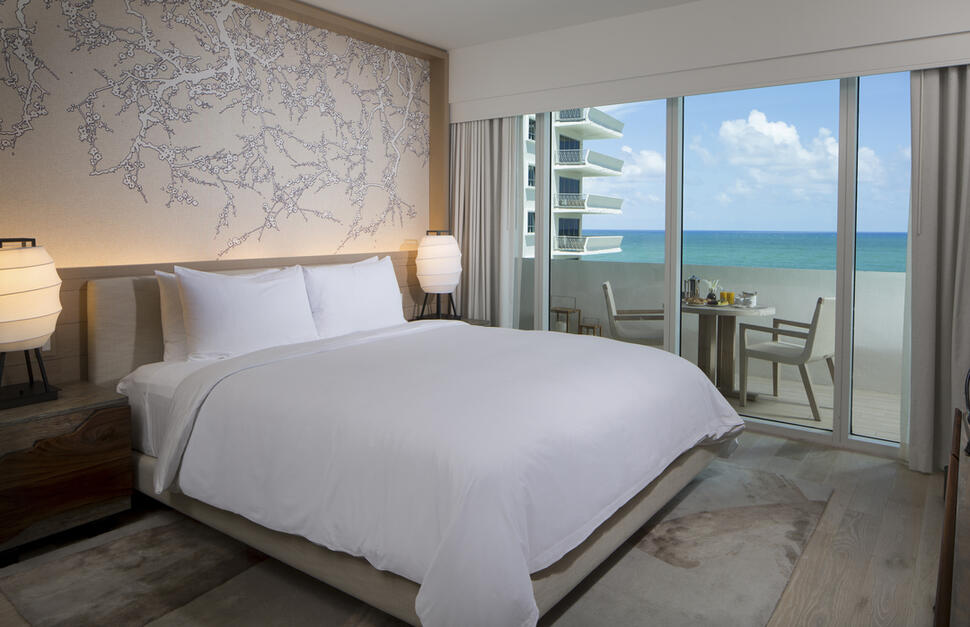 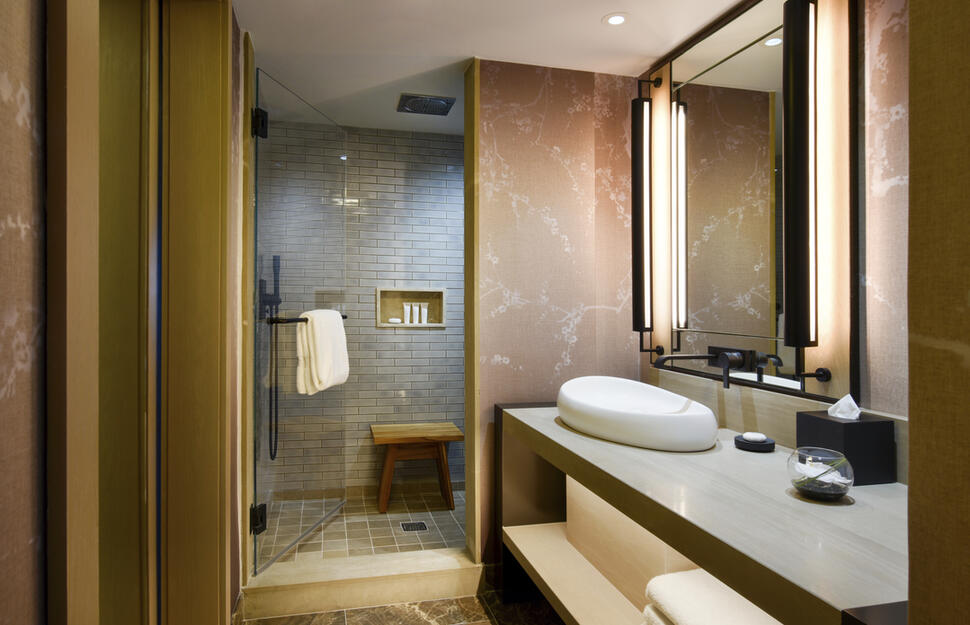 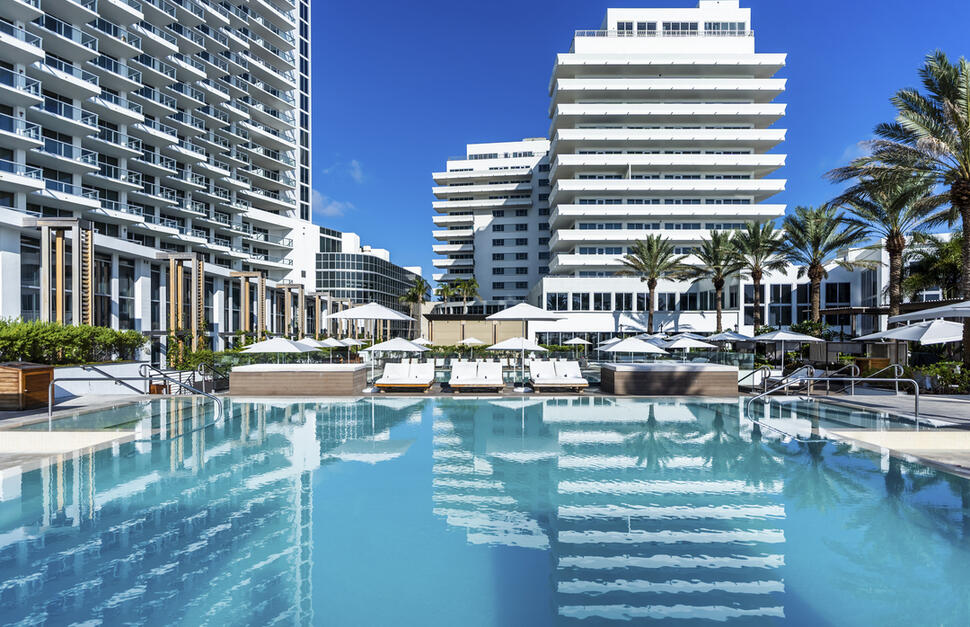 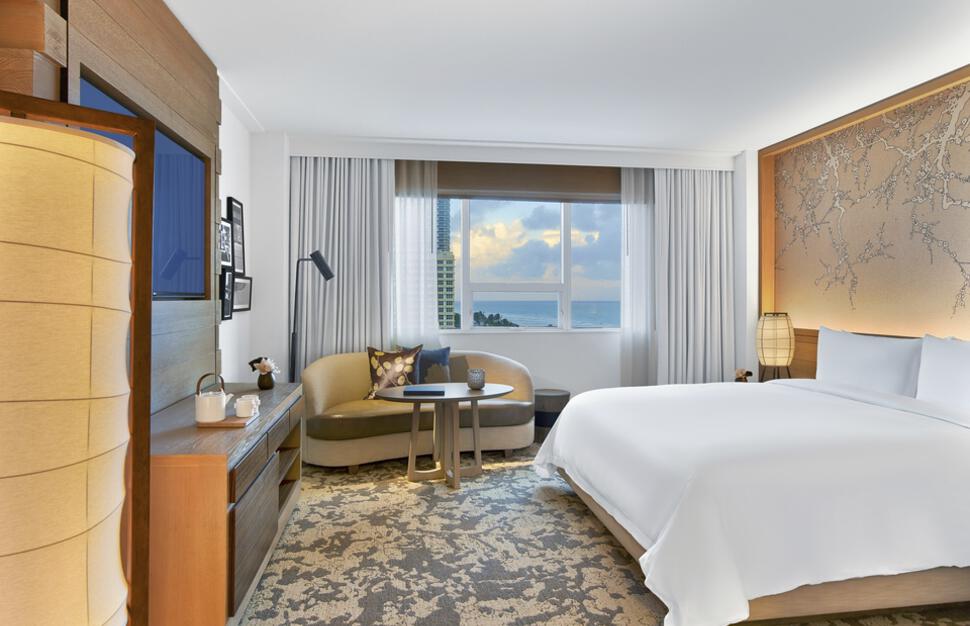 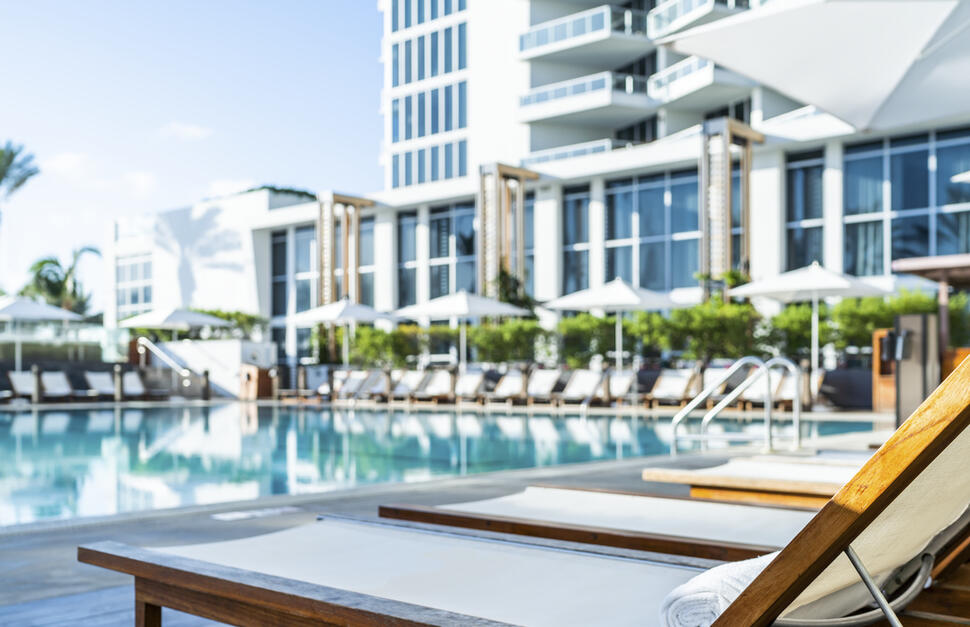 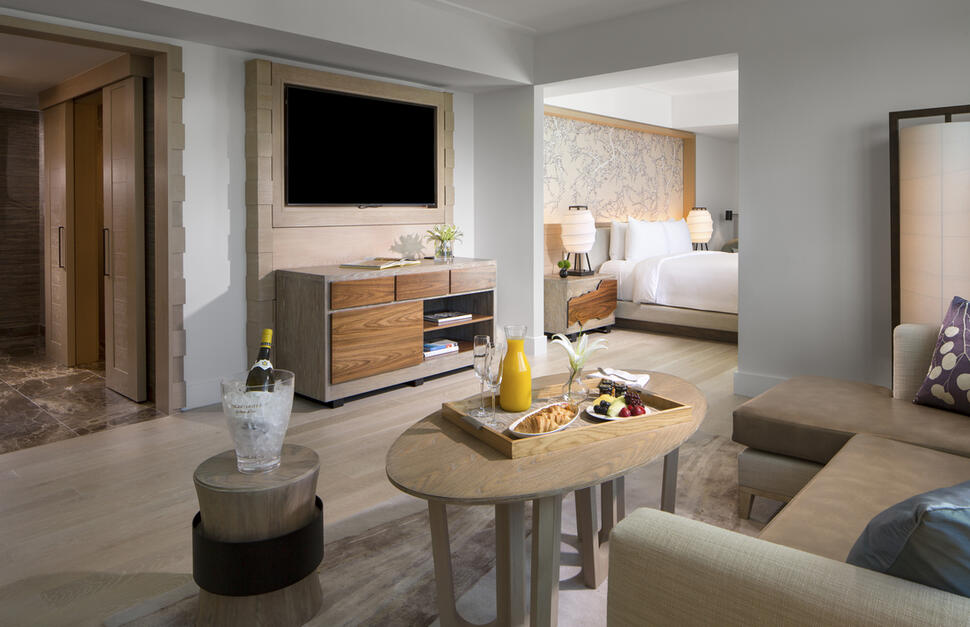 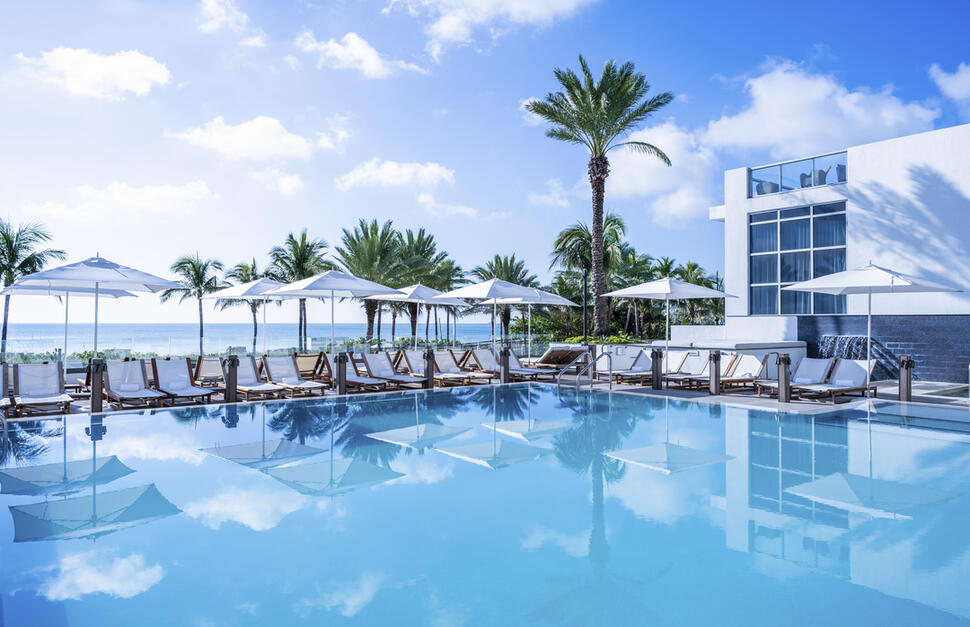 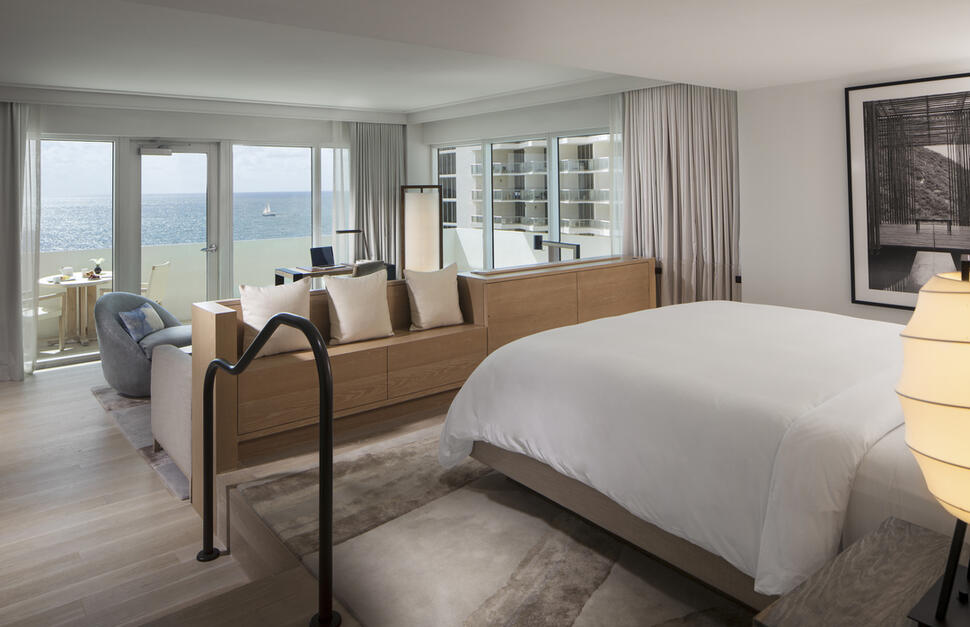 Crafted and cultivated by world-famous Japanese chef, Chef Nobu Matsuhisa and Academy award-winning actor, Robert De Niro, the Nobu Hotel brings a one-of-a-kind experience to the shores of Miami Beach. Nobu Hotel Miami Beach delivers the unique chemistry and perfect balance of luxury and fun, in a setting that merges Eden Roc’s iconic Miami Modern architecture with Chef Nobu’s signature style. Four luxurious pools and an exclusive Nobu pool and lounge, along with spa and fitness facilities, provide the perfect means to get into the Miami lifestyle. Of course a visit here would not be complete without dining at the famed Nobu Restaurant & Bar, and the highly acclaimed farm-to-table restaurant Malibu Farm.

Along Collins Avenue, known for being home to some of Miami’s most exclusive hotels, nightspots and beach clubs, putting you right by Miami’s sands. Driving time from Miami International Airport: 20 minutes.

This hotel has a resort fee of $35 plus tax per room, per day (payable locally, subject to change).