The largest state in America is beckoning

A whole host of Arctic antics are waiting for you. From multi-coloured northern lights and fast flowing rivers to vast swathes of lush green pine forest. 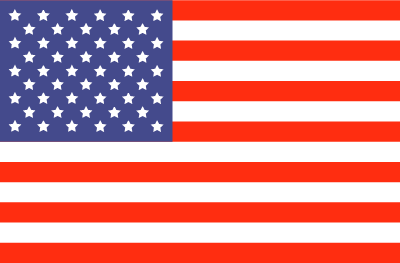 American English
Currency
US Dollar $
Official currency of the United States
Flight information
Anchorage
19h
Indirect flight
Flight Schedule
Fly daily to Anchorage via various US cities.
If you are joining a cruise, you'll fly to Vancouver and then cruise onwards to Alaska.

To travel to the USA, you will need an ESTA visa. Please make sure that you have this approved at least 3 days before you head off on holiday.

With scenery more stunning than you can begin to imagine, the best way to explore Alaska's picture perfect landscape is by road. A road trip on Alaska's epic scenic byways is a one-of-a-kind opportunity. Alaska also has a state-owned ferry system, so travelling by boat is also a fantastic opportunity to get up-close and personal with nature.

The largest, most sparsely populated state in the USA, unrivalled in its astonishingly beautiful, rugged wilderness. Alaska is the kind of place you dream about visiting but somehow never actually go.

Let’s change that, shall we? Holidays to Alaska are a must, and we’re here to tell you why. From rolling tundras and calving glaciers to lively cities and delicious food, Alaska holidays are truly magical and truly unbeatable.

It’s not just a postcard-perfect daydream destination, it’s entirely doable. And more than that, it’s a must. Here’s the scoop:

Unless you’re lucky enough to have a lot of time to work with, it’s pretty much impossible to ‘do’ the whole of Alaska. The place is vast. The state has four main regions, so focus holidays to Alaska depending on what it is you’re looking to see and do:

Southcentral and Interior: Anchorage, Denali and the Kenai Fjords

Home to Alaska’s surprisingly cosmopolitan capital city, Juneau, this coastal region is popular with Alaska holidayers touring by cruise (but it can be done independently, too). You’ll find rainforests, fjords, glaciers and mountains, and an impressive array of even more impressive wildlife, and experience native Alaskan culture and Russian influence in Sitka and Ketchikan.

A once-in-a-lifetime kind of destination, the Arctic Circle is a truly unbelievable place to visit, if you can. Alaska’s northernmost region is a stunning amalgamation of snow-capped mountains, rolling tundra and colossal coastal plains, like nowhere you’ve ever seen before. Take a tour via scenic flight from Fairbanks to the tiny village of Anaktuvik Pass. Alaskan holidays have got to include this excursion.

Only accessible by plane, The Aleutian Islands — home to bears, endangered Stellar sea lions and active volcanoes — are an island chain scattered across the ocean. This is the “wildest” of wild destinations, and travelling there is an unforgettable adventure in itself.

Take a cruise tour of the Inside Passage and marvel at the glaciers (most notably: Hubbard Glacier) as you wind your way around a labyrinth of fjords and bays. Keep a look out for whales, sea lions and seals!

Regardless of how you travel the Kenai Peninsula, you’ll be lost for words at the beauty of the rolling tundra, valleys, fjords and rivers. Here you’re almost guaranteed to spot exciting Alaskan wildlife such as moose, bears and bald eagles. It’s some of the most accessible wilderness exploration in the state, so this would be perfect for family holidays in Alaska.

Visiting Denali National Park? Highly experienced climbers with enough time on their hands can’t miss the chance to do the two-week trek to the peak, but it’s certainly not for the faint hearted. Make sure to do your research and track down the very best team to trek with. Otherwise, Denali offers plenty of wintertime activities, from dog-sledding to cross-country skiing and even snowmachining, as well as stunning natural beauty year round.

Adrenaline junkies, the 1.5-mile-wide Mendenhall Glacier is the place to be, or rather, to raft down. Less about white-knuckle, pulse-quickening rapids and more about admiring the surrounding landscapes and wildlife? You’re in luck, there’s a more leisurely trek option, too — you just won’t get the “I Shot The Mendenhall” badge at the end.

If Alaska wasn’t on your radar before, we’re willing to bet it is now. Where first? You decide. Check out our incredible Alaska hotels and holiday packages and swap the office for the fjords. Get ready for a trip of a lifetime! 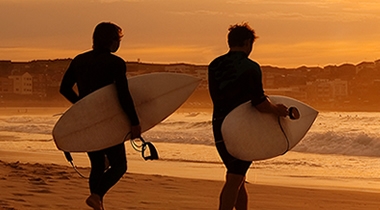 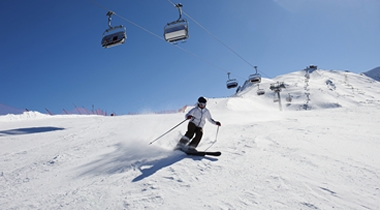 Ski and board holidays 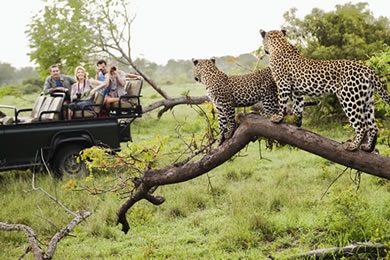 Tours and safaris
Back