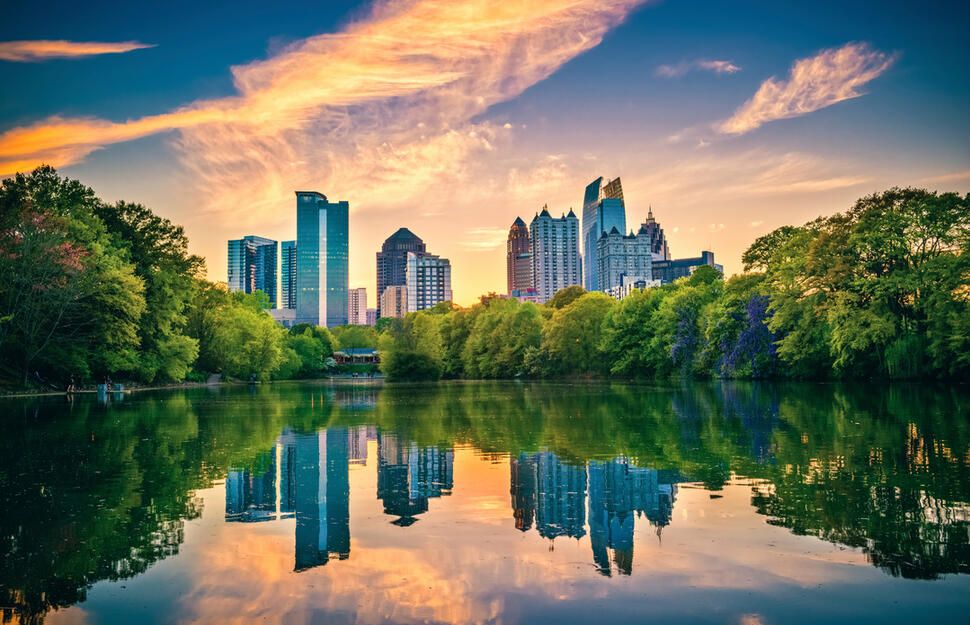 Rhythms of the South

Those after the full surround-sound experience of the South, can’t do better than this musical masterpiece. With its intro in Atlanta, often overlooked in favour of noisier neighbours Nashville and Memphis, you’ll discover a hotbed of musical talent, from hip- hop to gospel. It’s also lled with big-city attractions, like World of Coca Cola and Inside CNN tours. The pull of the musical maestros soon takes hold, and Nashville tempts you with its Country Music Hall of Fame and Grand Ole Opry – you could always crank up the radio for a detour to the Chatanooga Choo Choo or Jack Daniels distillery on your way. Moving to Memphis, country and western makes way for the birthplace of the blues. It may have sealed its fame in the Elvis years, and time at Graceland’s a must, but the blues still play proud in Beale Street’s bars. Tuning in to jazz stations instead puts you in the New Orleans spirit, as you drive through Natchez and Baton Rouge to The Big Easy and famously ornate Bourbon Street. But the sounds of the South aren’t all you’ll experience: there’s the taste of barbecue and gumbo; Vicksburg’s military connections; Pensacola’s Gulf beaches; Floridian capital, Tallahassee; and interludes among the antebellum homes of grandiose Savannah and Charleston.