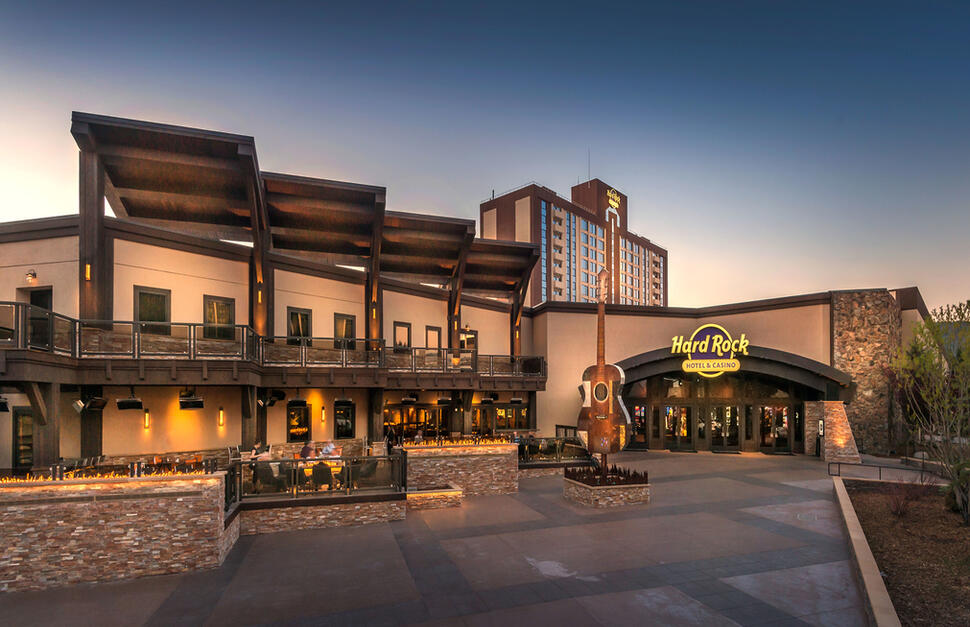 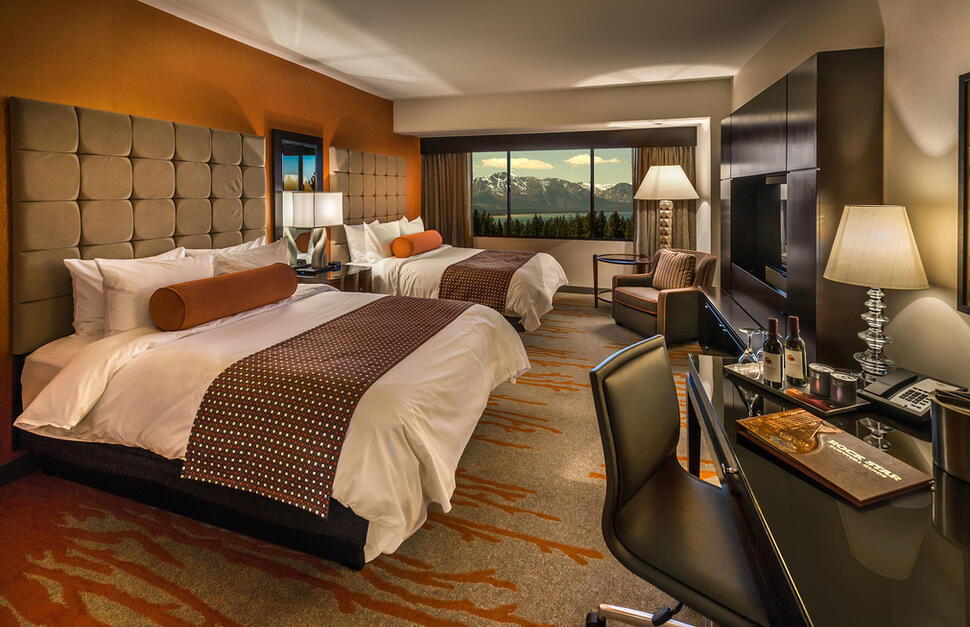 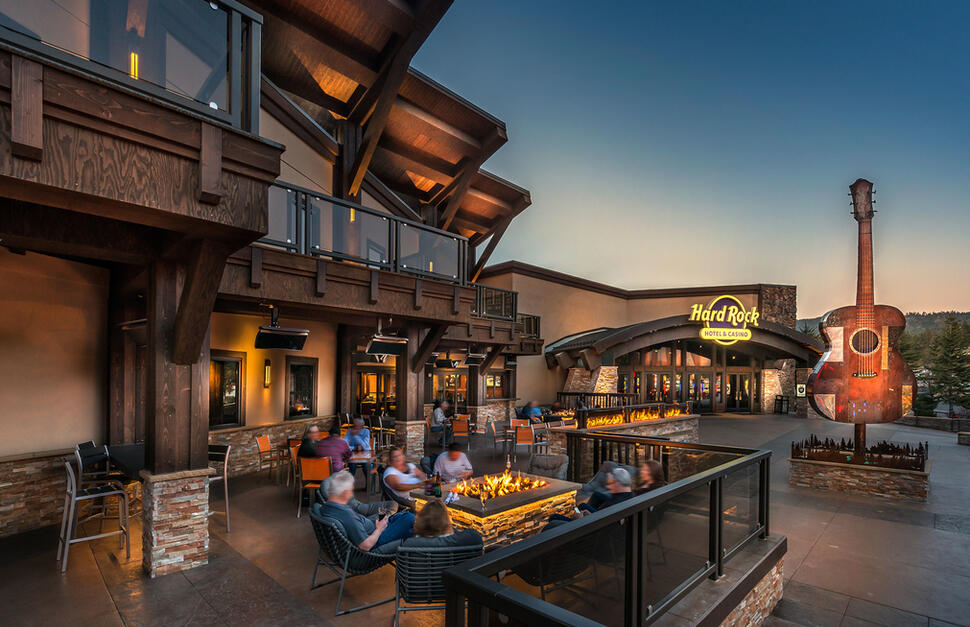 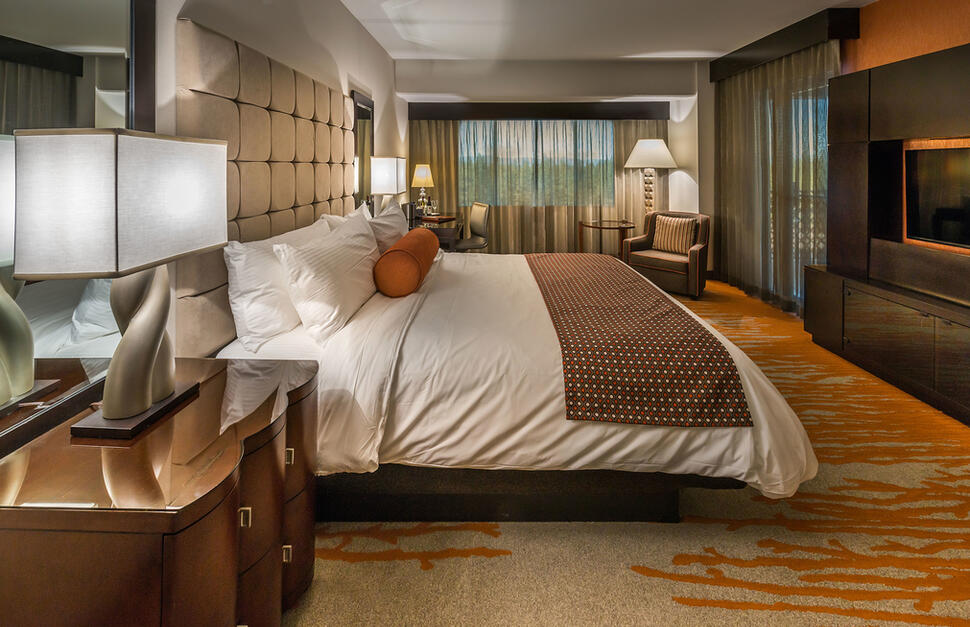 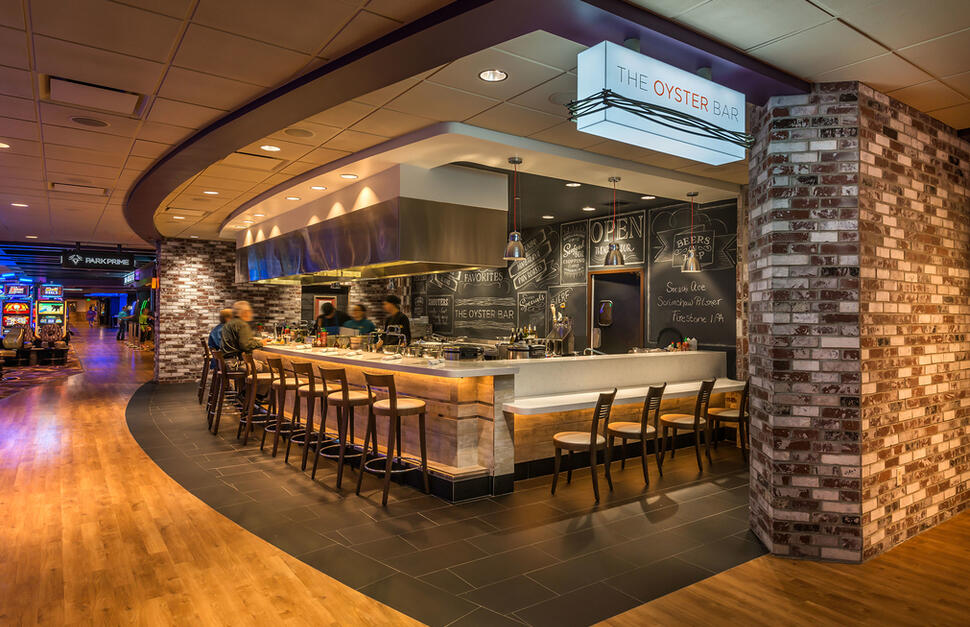 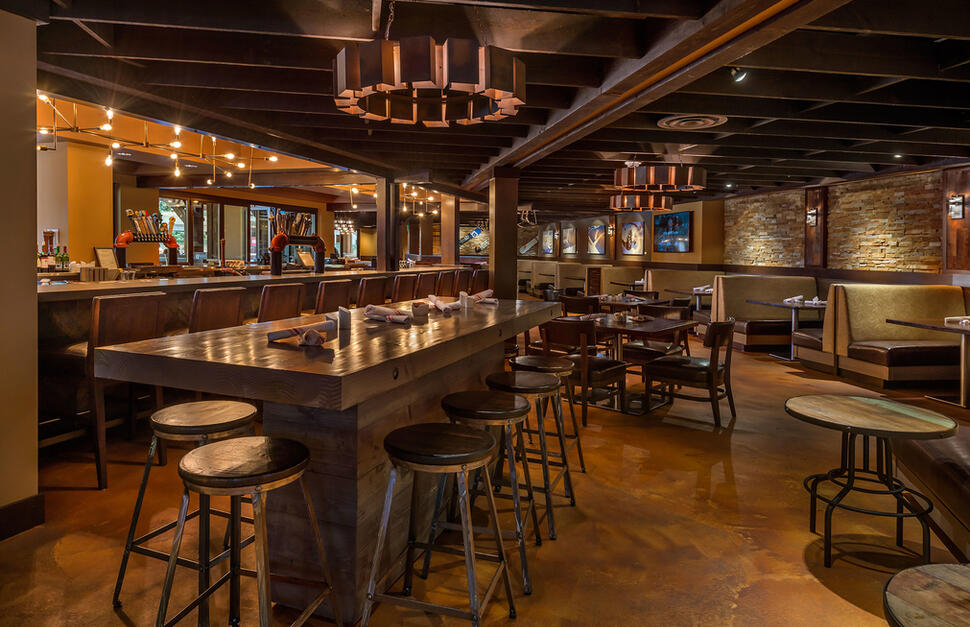 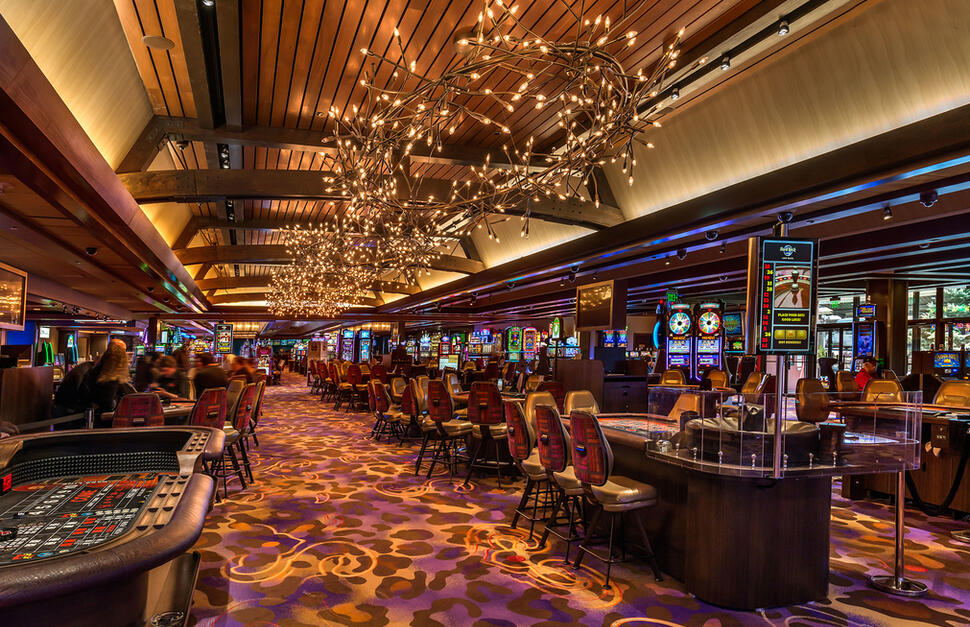 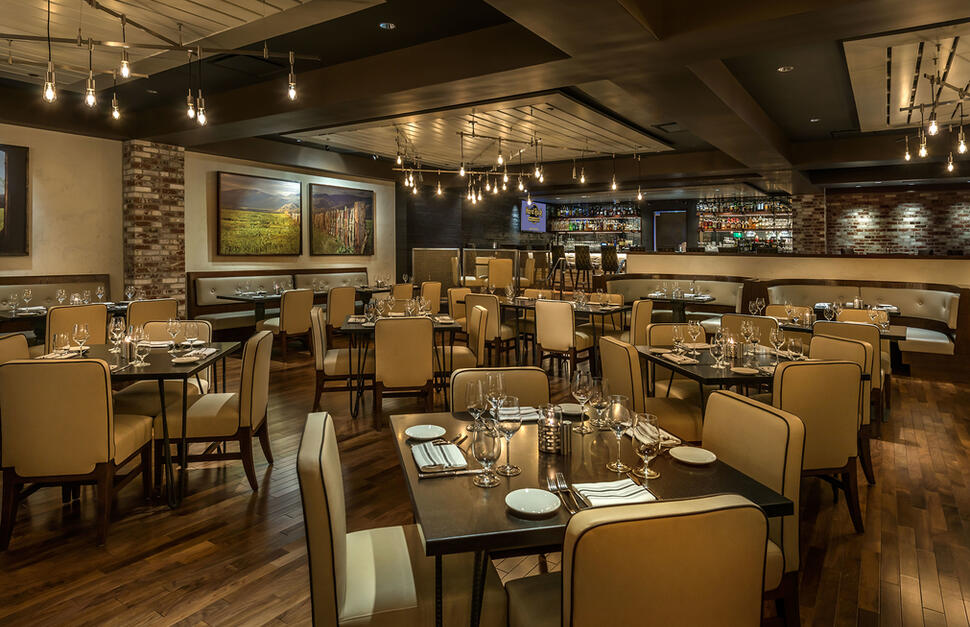 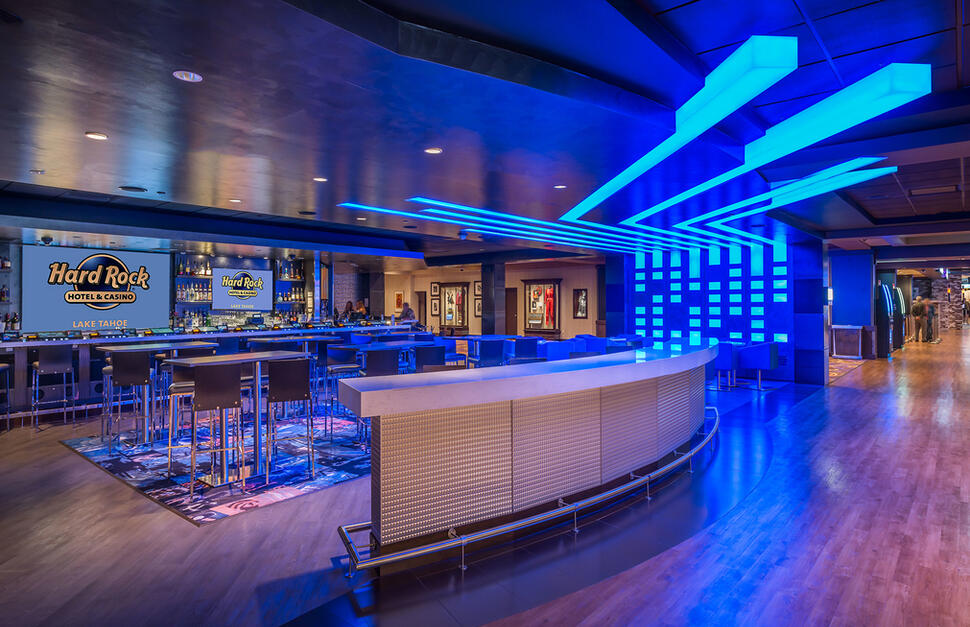 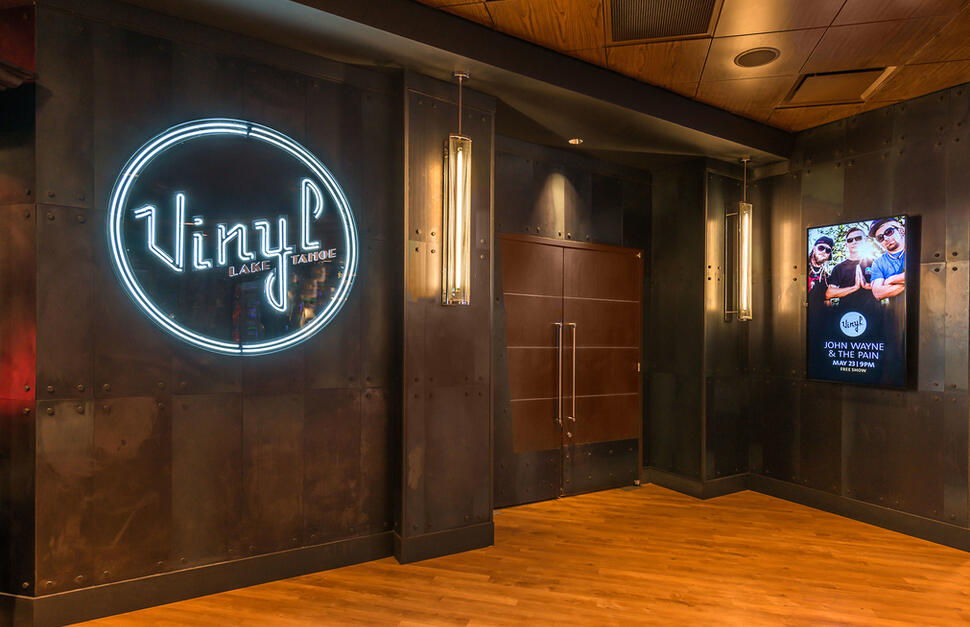 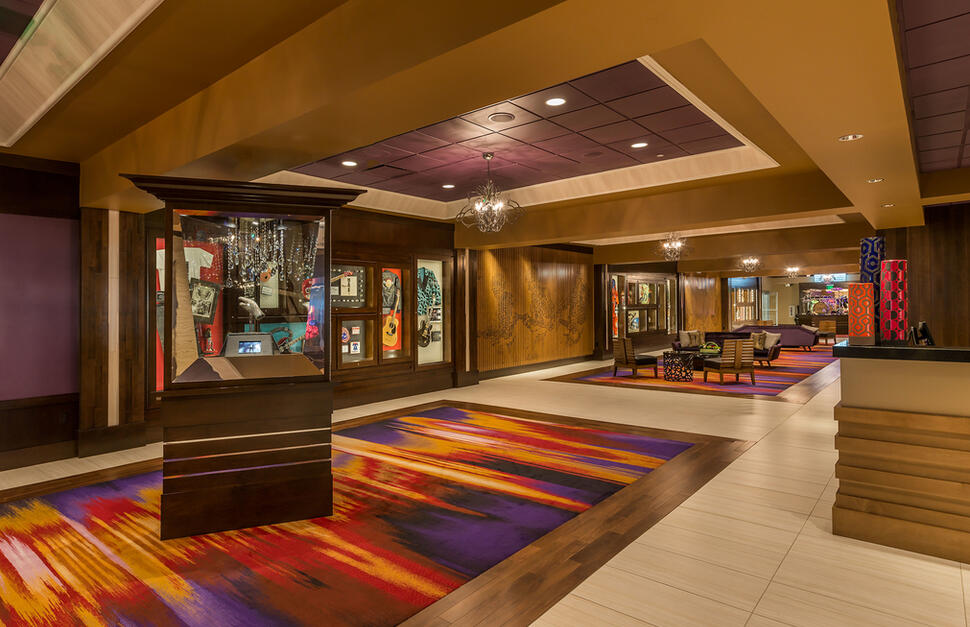 Newly renovated to a rock and roll standard, the Hard Rock Hotel & Casino Resort is ideally placed in South Lake Tahoe to take advantage of just about everything! As well as a casino with slot machines and table games, it’s home to the largest outdoor pool in the area. Bag yourself a lounger, there’s plenty of them, and order a cool cocktail from the bar, soaking up the relaxed vibe. All the rooms are well equipped and spacious and there’s even an Elvis Suite. Yep, the great man himself stayed here whilst performing in the town in the 1970s and Hard Rock have come along and paid homage to that fact – as is only right! Other delights include the Park Prime Steakhouse, often home to live music and the Fire Break Kitchen & Bar. Center Bar is another place where live concerts are often held, full of cool blues and dramatic blacks; it’s a great place to while away an uber cool evening. Open 24/7 is The Oyster Bar, the first-ever raw seafood bar of its kind on the South Shore – chow down on fresh seasonal oysters as well as American classics such as gumbo, jambalaya and pan roasts. When you can tear yourself away from the hotel, the hiking trails are some of the most beautiful in the world – explore them on foot or reception will hire you a bike.

Please note: A resort fee of $22 plus tax per room, per day is payable locally (subject to change).

Your next holiday is only a click away - our website has thousands of hand-picked options ready to book. But if you need more help, just give us a call on 0344 472 9499.