Based on 26943 reviews
PLATINUM HOTEL
Simply the best. All Platinum hotels are hand-picked by our experts to provide only the finest amenities, food, service and accommodation. Go on, you know you’re worth it. 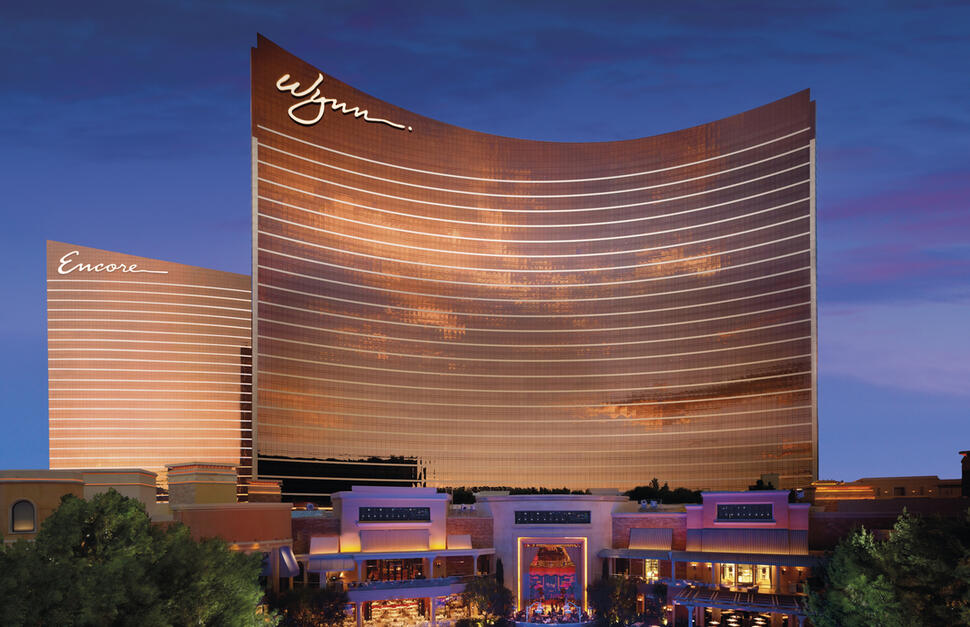 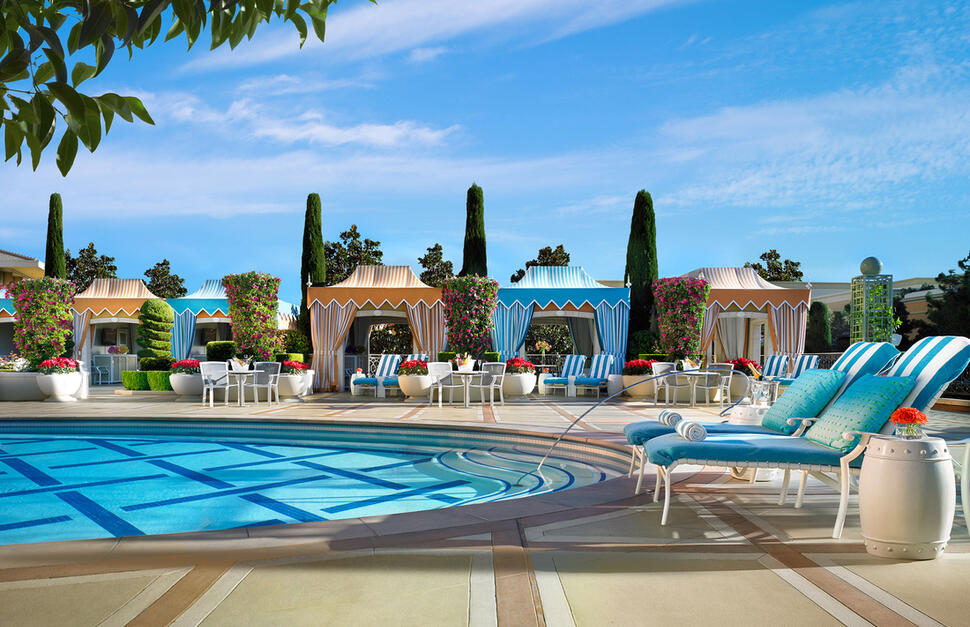 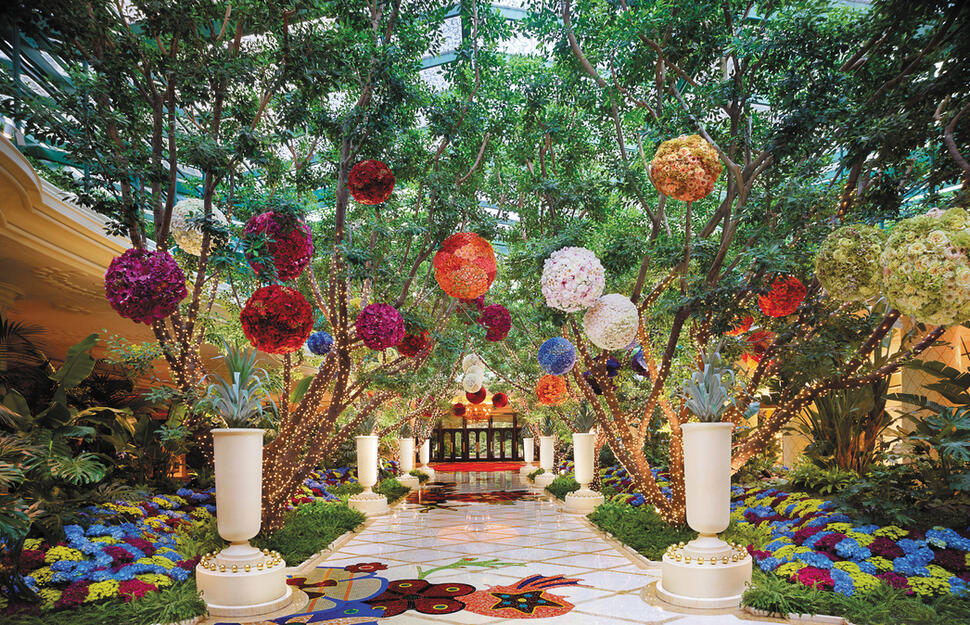 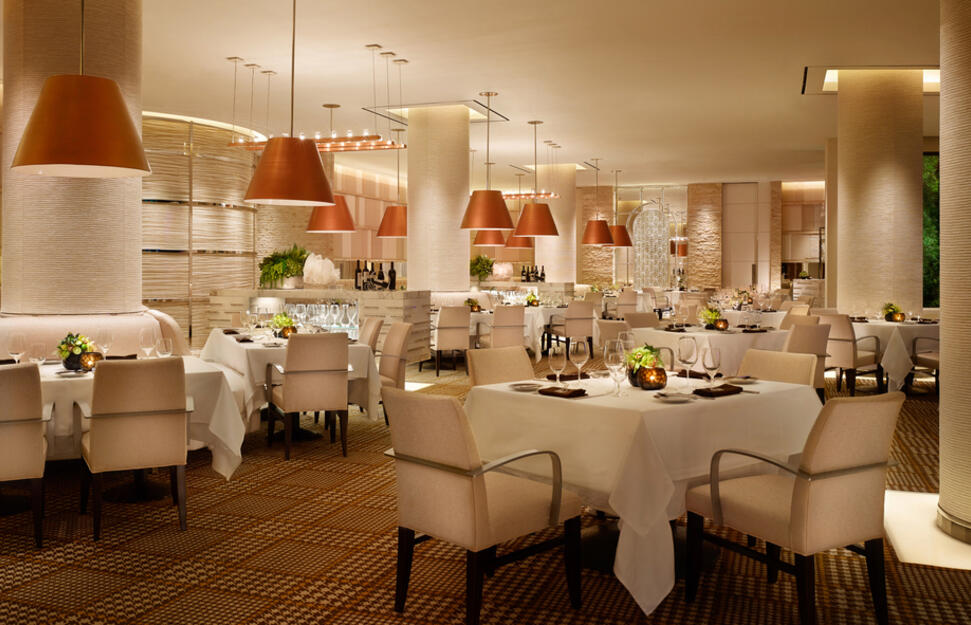 Built to amaze, the ultra-luxurious Wynn Las Vegas is home to the finest in resort amenities. This stylish resort, and its sister Encore at Wynn, create an opulent environment where top-brand shopping and award-winning restaurants sit alongside sophisticated spas, an 18-hole golf course, and an entertainment and party scene that’s second-to-none. With great attention to detail, each of the beautifully-appointed guest rooms and suites are designed with ultimate comfort in mind and flaunt tech-driven conveniences and a panoramic view of the Las Vegas cityscape, along with Wynn's signature dream beds, for the ideal place to rest your head.

At the northern end of The Strip, opposite the Fashion Show mall. Transfer time from Las Vegas airport: 12 minutes.

Wynn Tower Suites include access to the private suite pools, exclusive Encore Tower entrance and registration lobby and $50 daily breakfast credit per room which can be used at the following outlets between the hours of 5am and 12pm: Tableau, Terrace Pointe Café, Jardin, Goodies on Demand, Drugstore Café.

This hotel has a resort fee of $45 plus tax, per room per day (payable locally, subject to change).

The inclusions of the resort fee vary depending on room type, and are as follows: Access to the fitness center for two per day, In-room internet access: four devices per room, access to a digital newsstand of newspapers and magazines, access to resort pools and sundecks, dedicated concierge offering special dining access, Spa restaurants and Golf tee times, Alexa in-room entertainment services and room controls, 24- hour elevator lobby security team. Resort fee, tax and inclusions are subject to change - please see hotel check-in for current inclusions available to you upon arrival.

Please note: one person must be aged 21 years and over in each room.

Please note: Jacuzzi's are currently not in operation due to Covid-19 restrictions.

Please note: Face Covering Guest (including children 2 -9 yrs) are now required to wear a face covering or mask to help prevent the spread of corona virus, when in public spaces. Hotel has implement guidelines when mask is not required (while seated in restaurant/lounge, pool, while seated at slot machine, while playing at golf course). Encore Beginning October 19, Encore at Wynn Las Vegas and all of its venues will alter operating hours, opening each week from Thursday at 2pm to Monday at noon. Venues at Wynn, including the restaurants, spa, salon, shopping esplanades, pools, Wynn Golf Club, casino, bars and lounges will be open for enjoyment. Effective immediately, security will be checking keys at all Wynn and Encore elevators, and only registered guests will be permitted access to hotel rooms and suites. Upon check in, guests should confirm that all registered guests are listed on the reservation. Maximum occupancy for all standard rooms and suites is 4 people. A fee of $500 per person will be applied to any room or suite in excess of maximum occupancy, up to $3,000. Violations will result in eviction and trespass from property. Outside food and beverage, as well as coolers, are not permitted at the resort and casino. Guests arriving with these items will be required to discard these items or leave them in their vehicle for the duration of their visit.