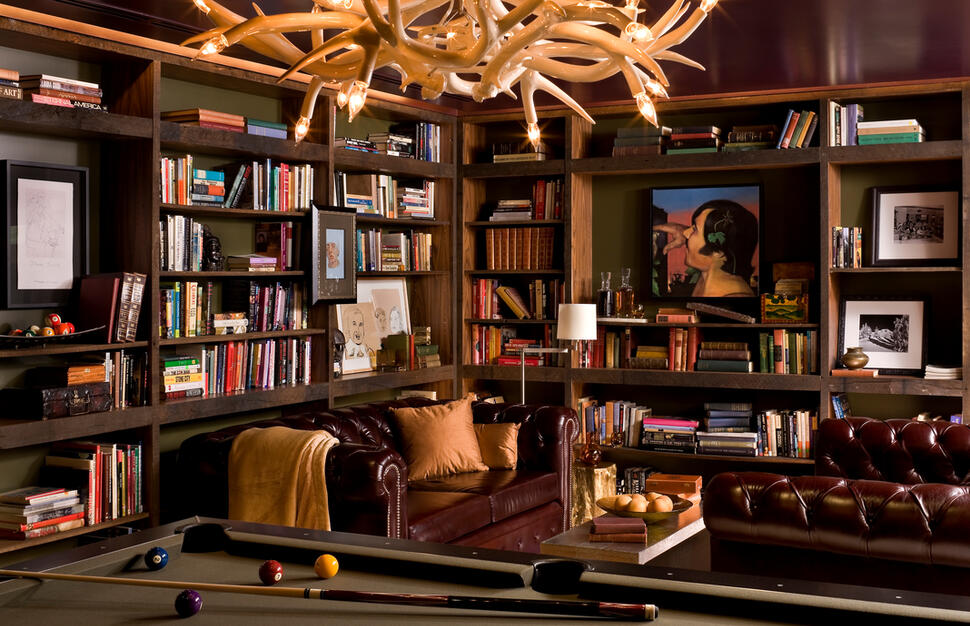 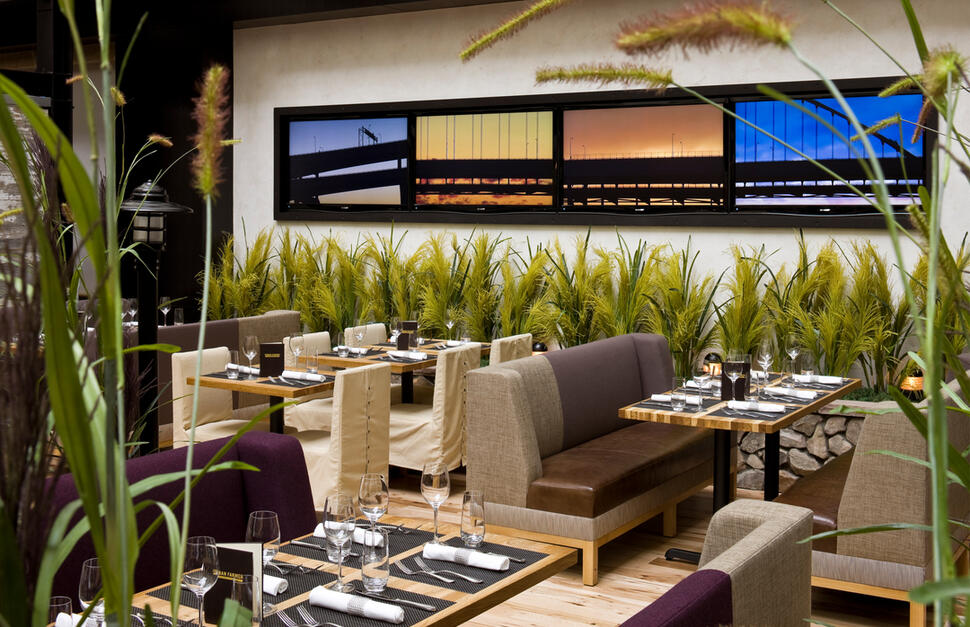 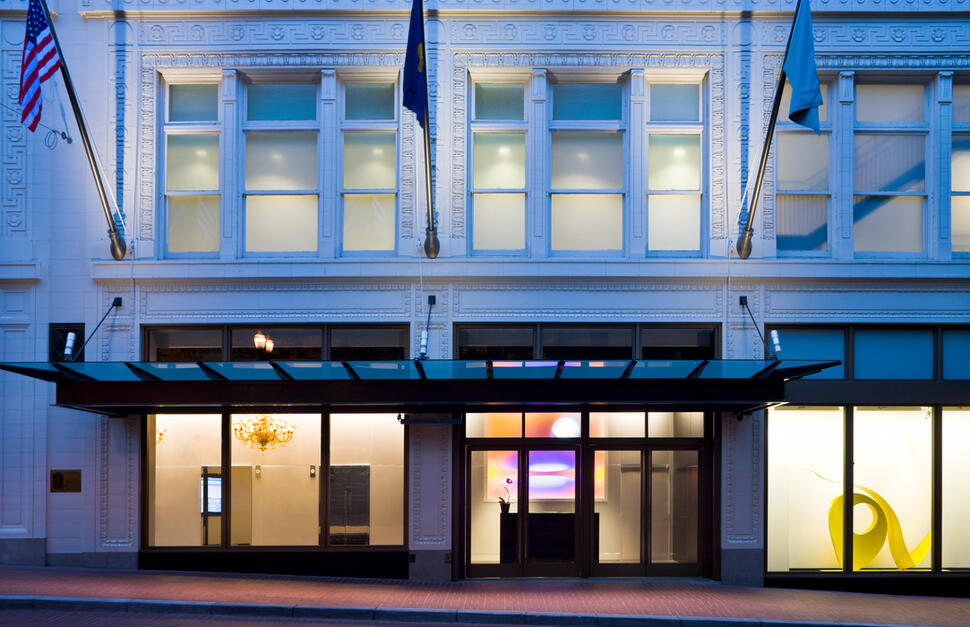 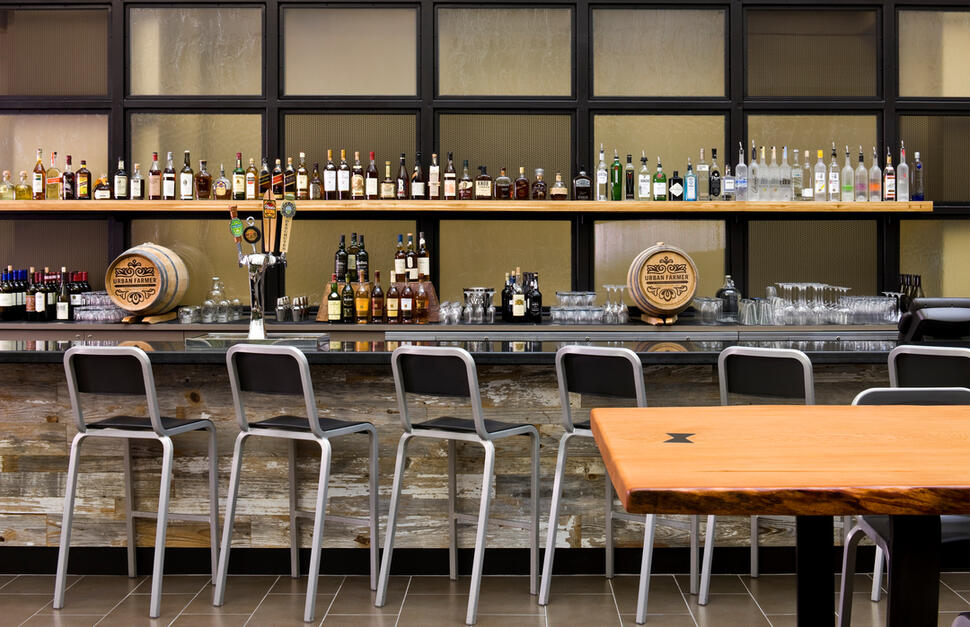 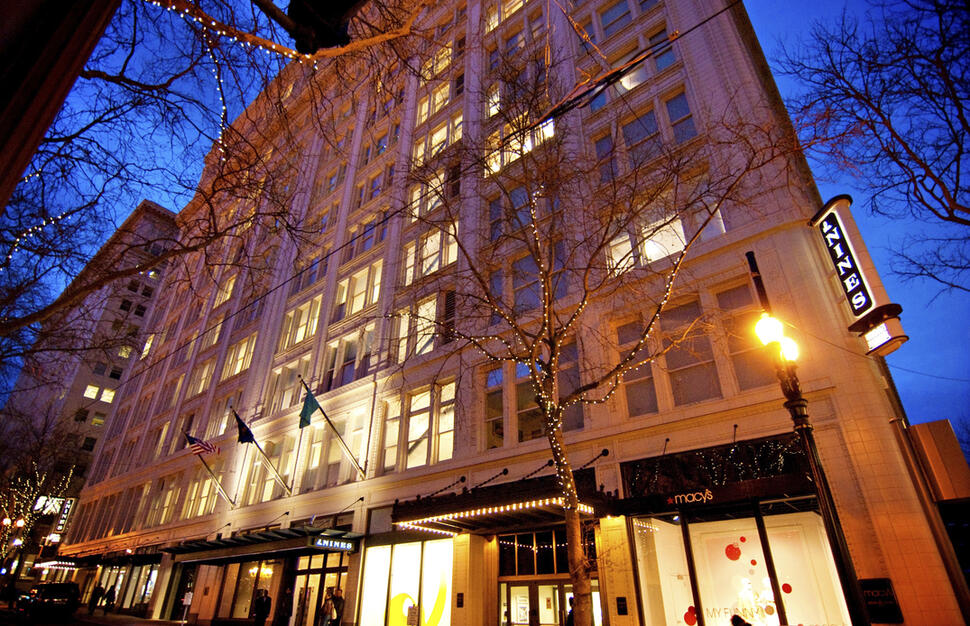 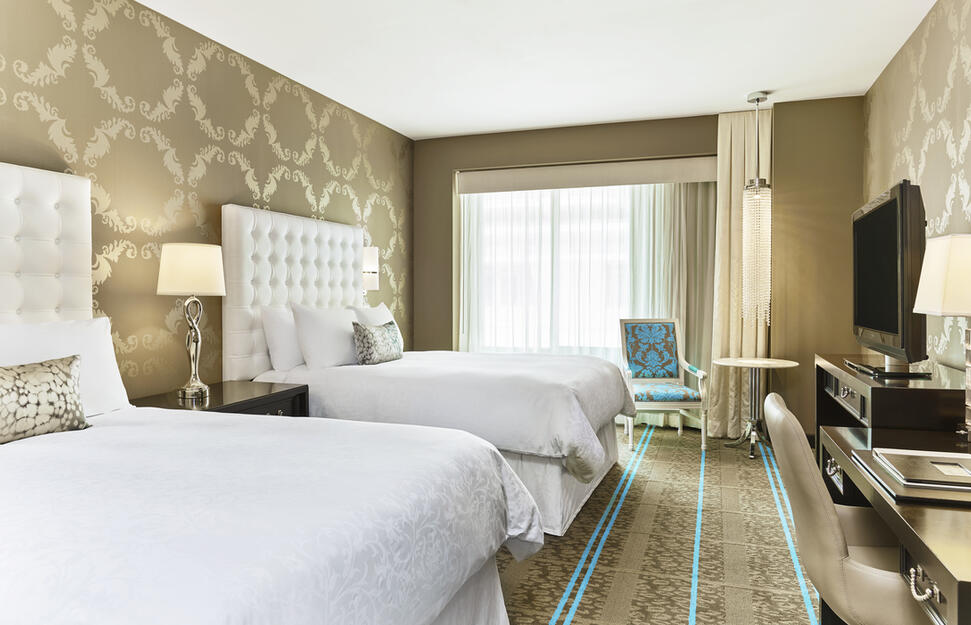 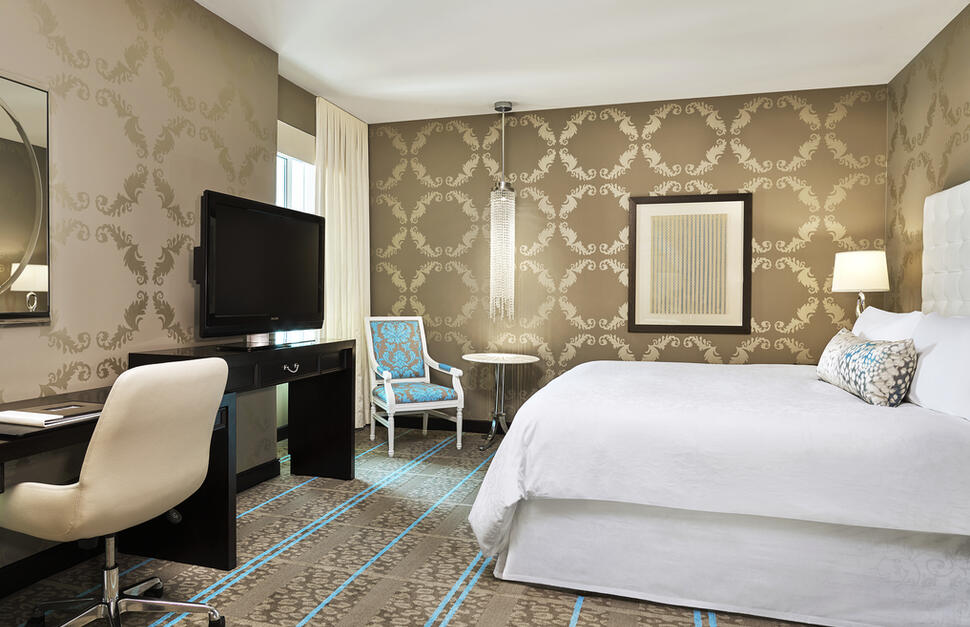 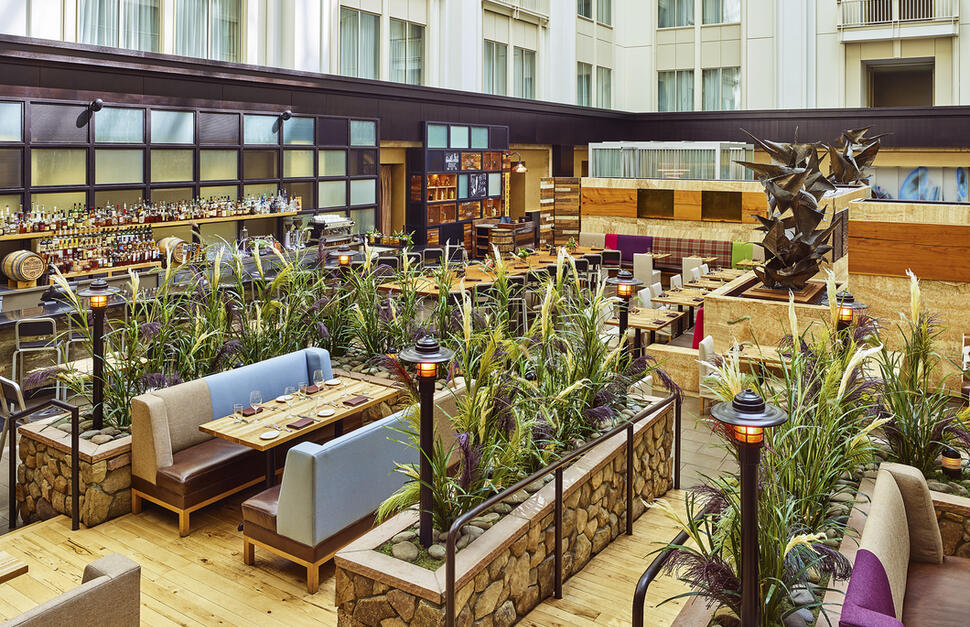 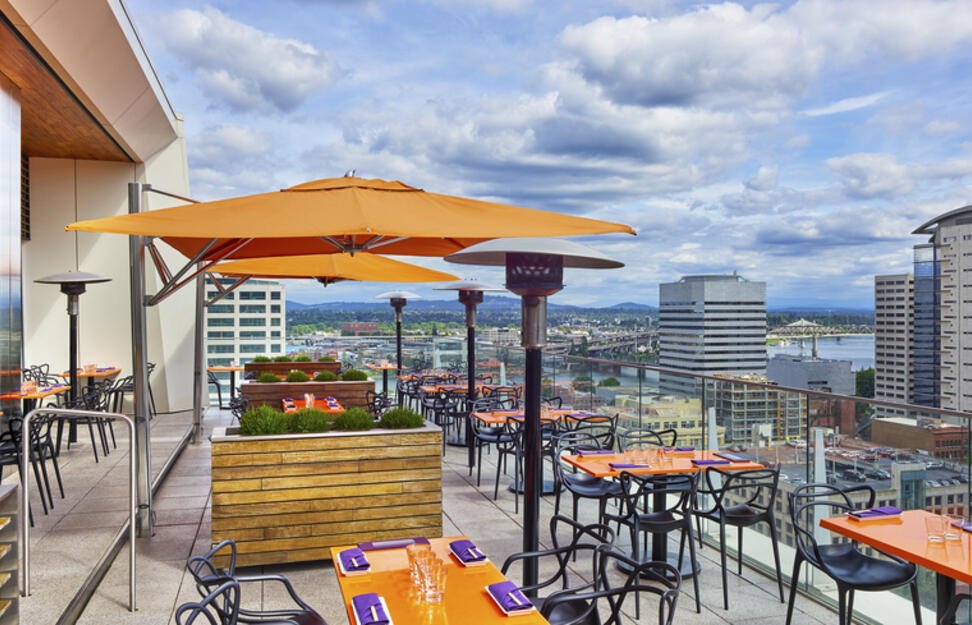 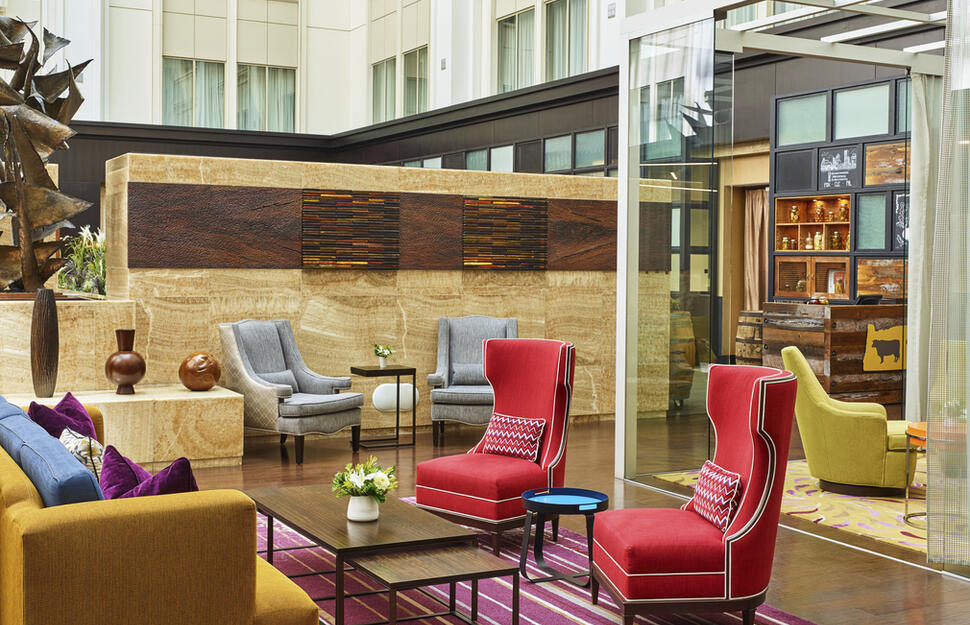 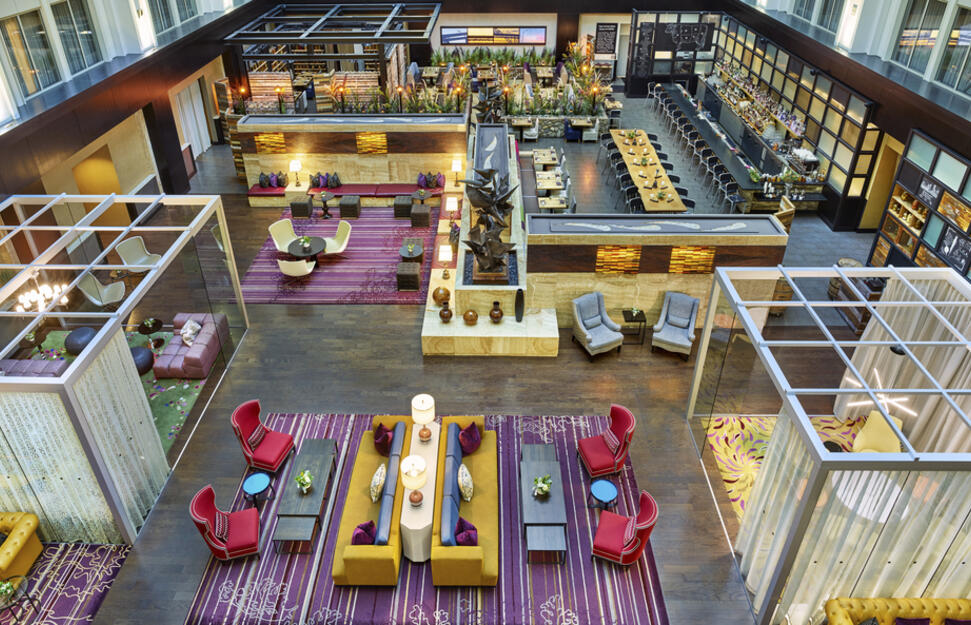 Taking over the top floors of downtown Portland’s iconic Meier & Frank building, The Nines delivers uncompromising luxury, style, and location. It’s just steps from Pioneer Square, one of the city’s leading landmarks, and is surrounded by shopping and dining opportunities. The Nines’ own food is faultless from top to bottom: the atrium’s Urban Farmer steakhouse accompanies farm-to-fork dishes with local moonshine punch; while the rooftop houses Departure, a sleek Asian dining room with Portland’s biggest saké list and two outdoor patios, offering city, Willamette River, and mountain views. But, if you’re just looking for a simple bar snack and cocktail after hitting the hotel’s fitness centre, The Library lets you sink into its leather sofas, cossetted in the comforts of this book-lined sanctuary.

Right next to Pioneer Square, this hotel is well located for shopping, for Pearl District’s dining, and for a stroll to the microbreweries. There’s a MAX light rail connection across the street, making exploring easy, but you’re within half a mile of cultural musts like Portland Art Museum, The Portland Center for the Performing Arts, and Powell’s Books. It’s also 2.3 miles to Portland Rose Gardens, and 2.9 miles to Washington Park.