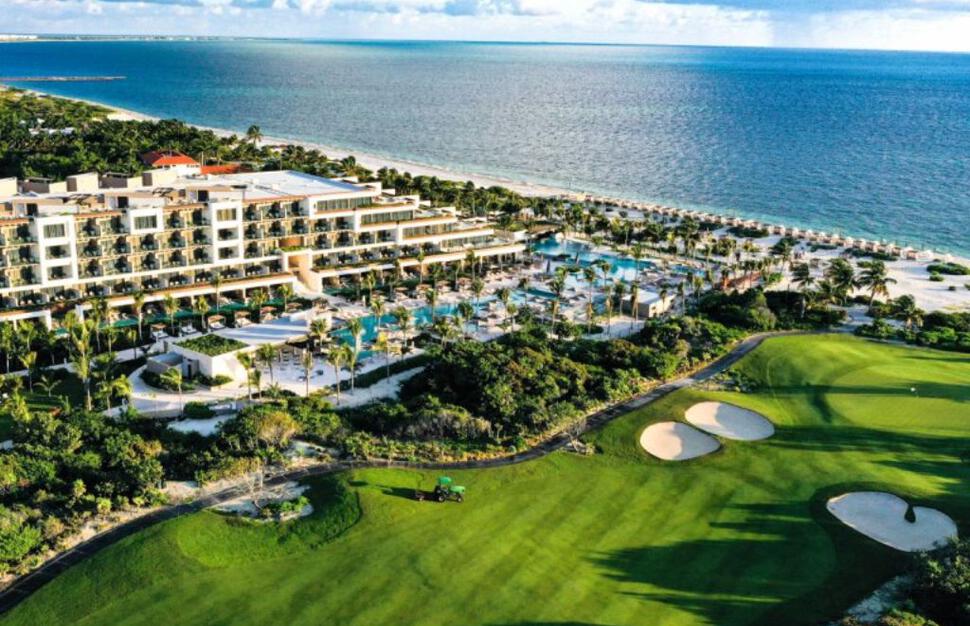 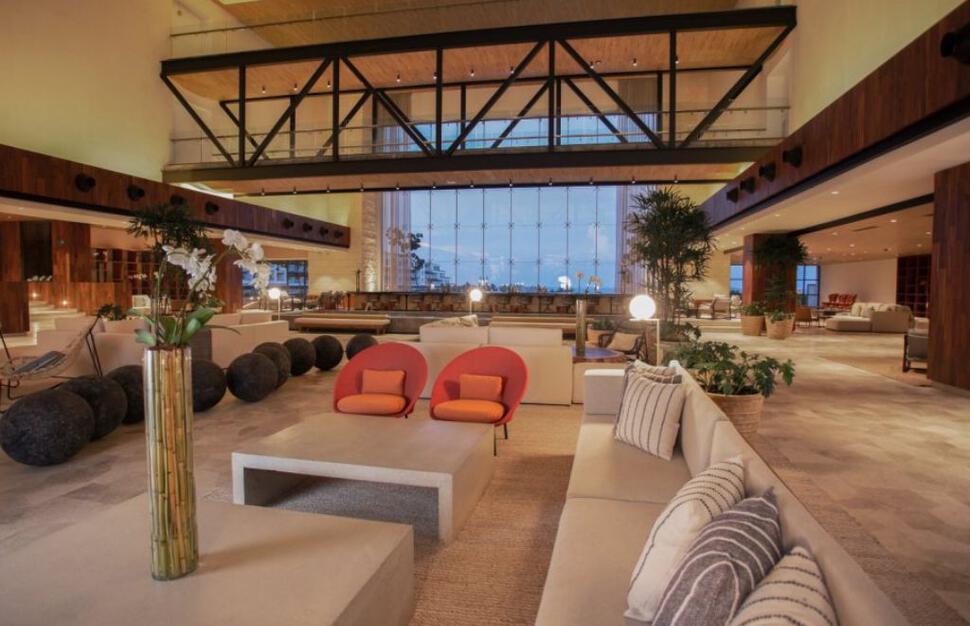 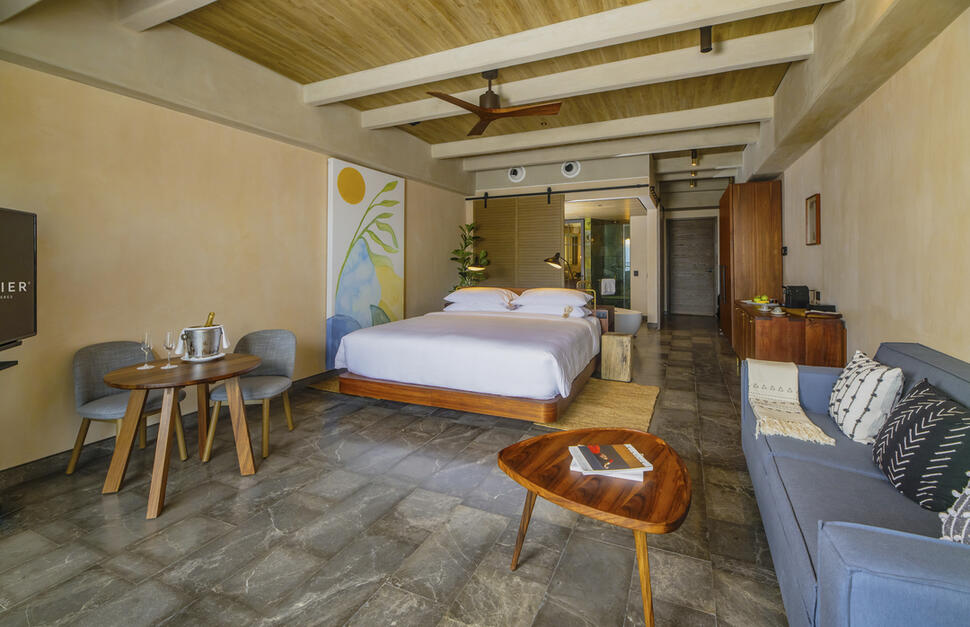 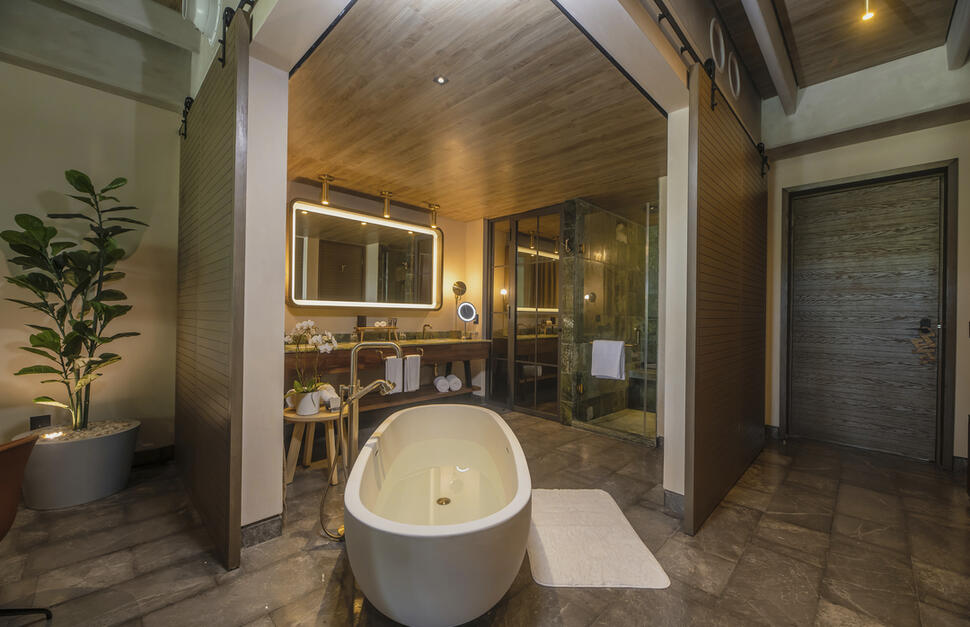 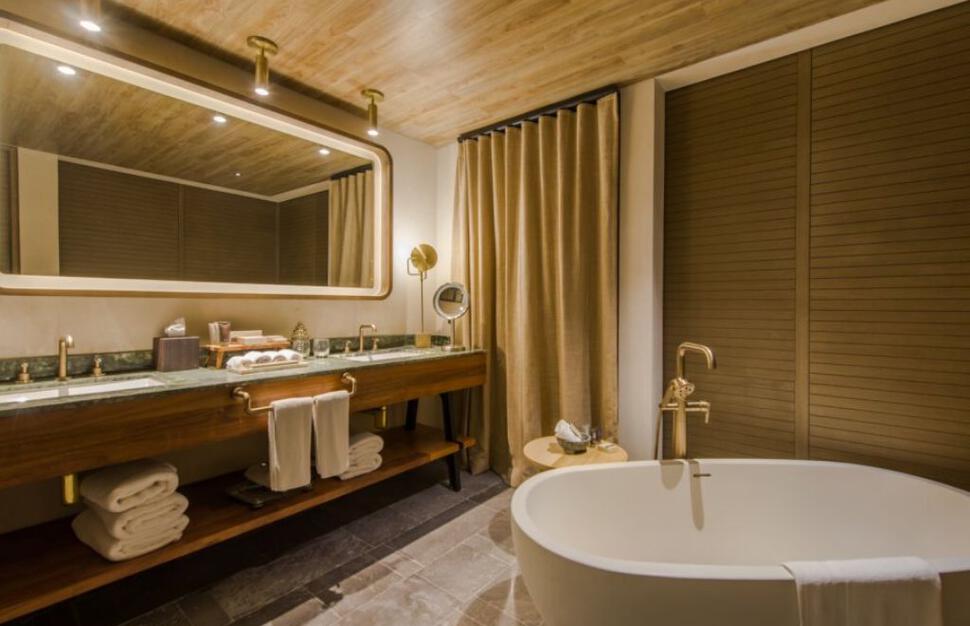 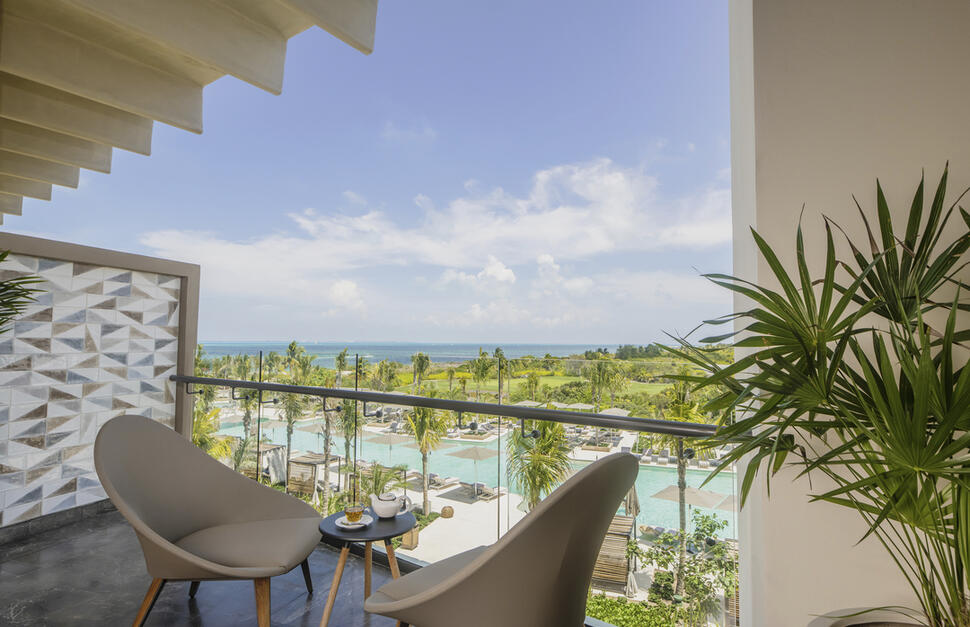 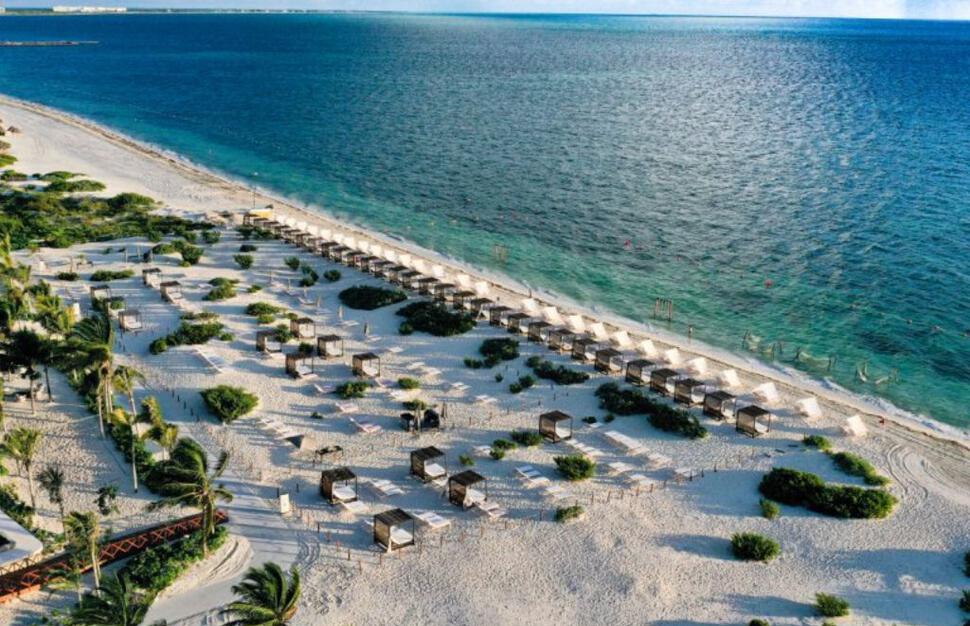 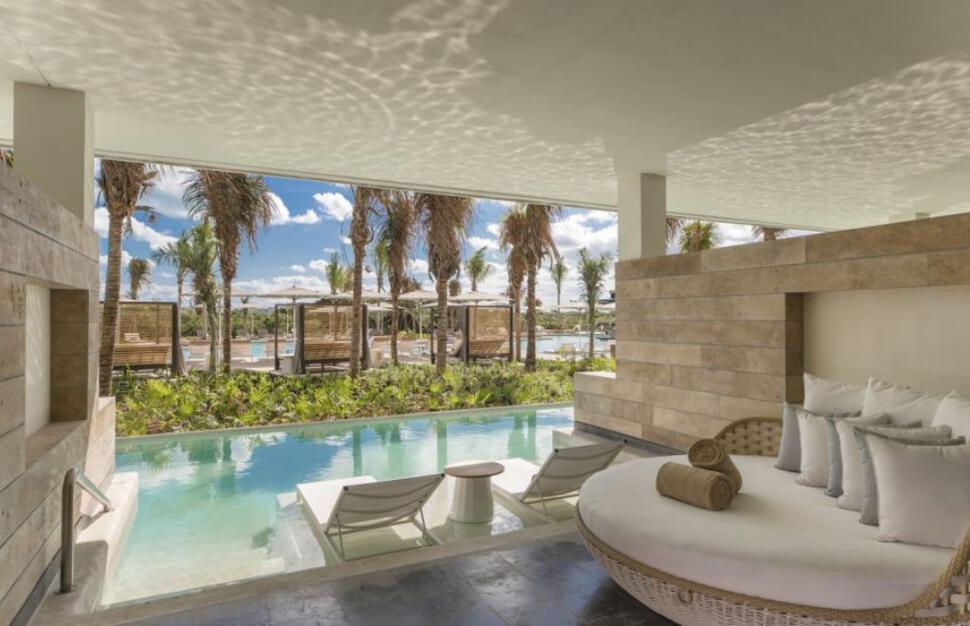 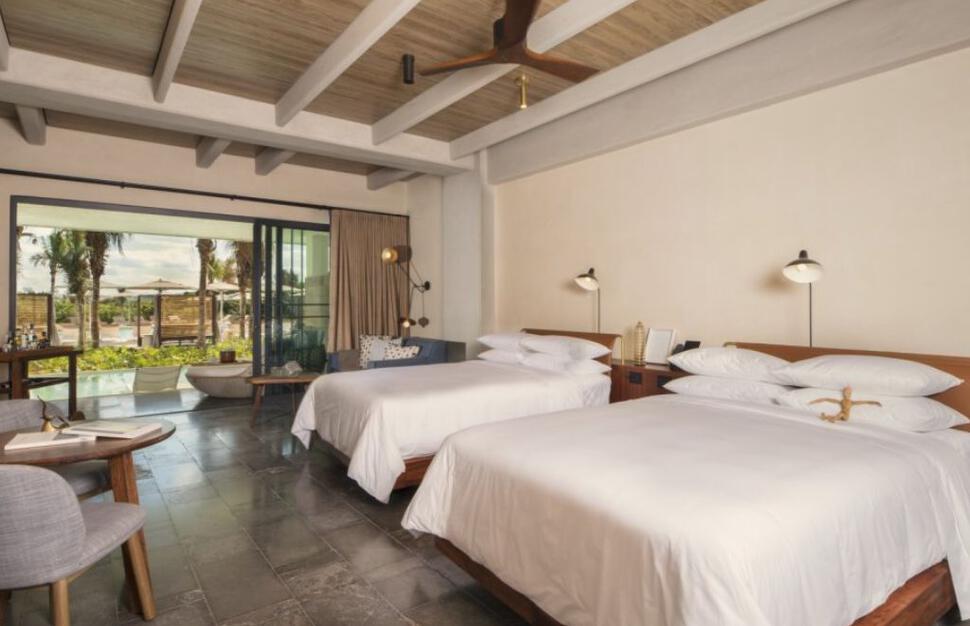 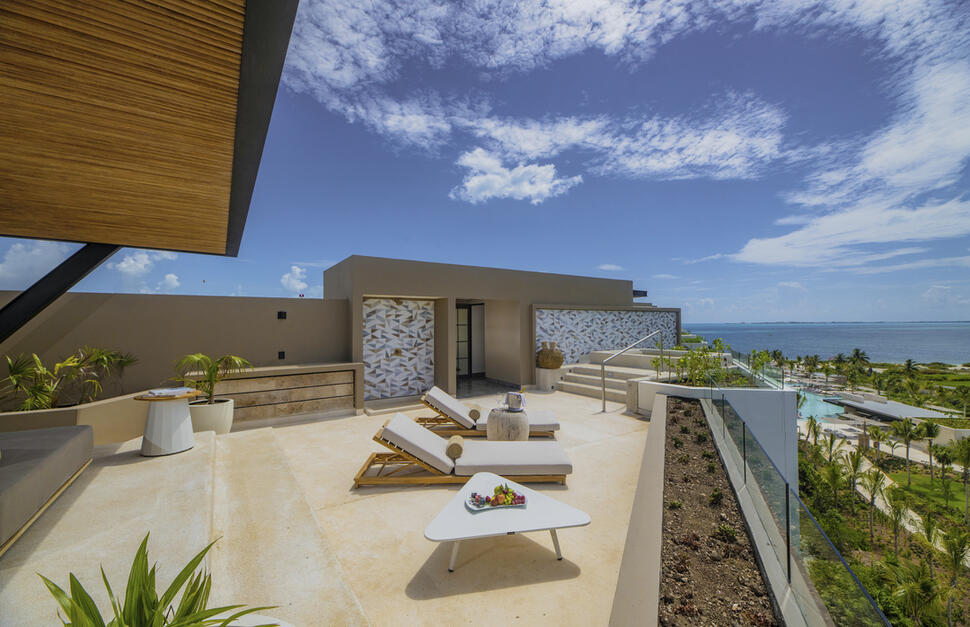 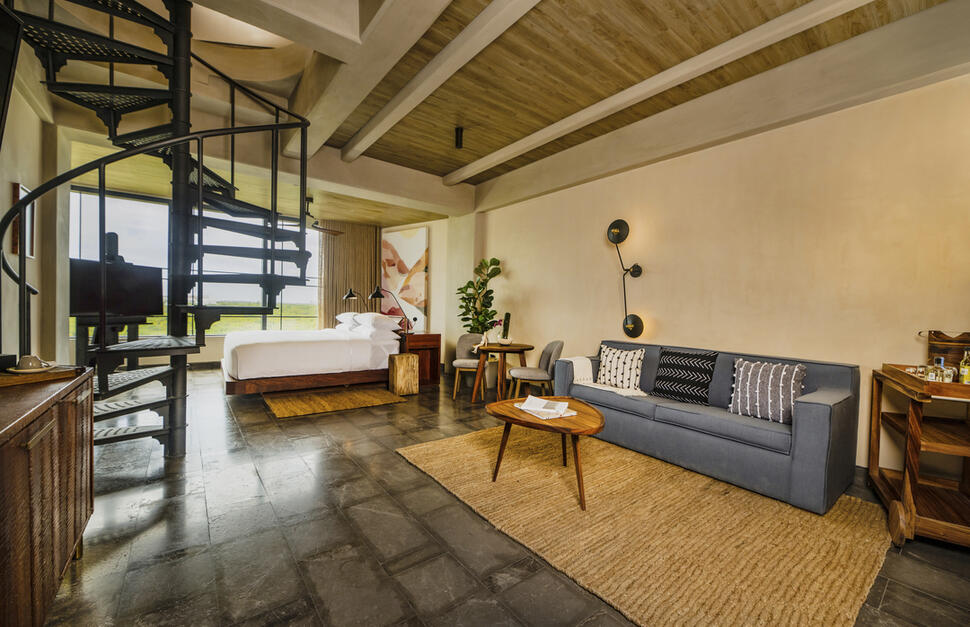 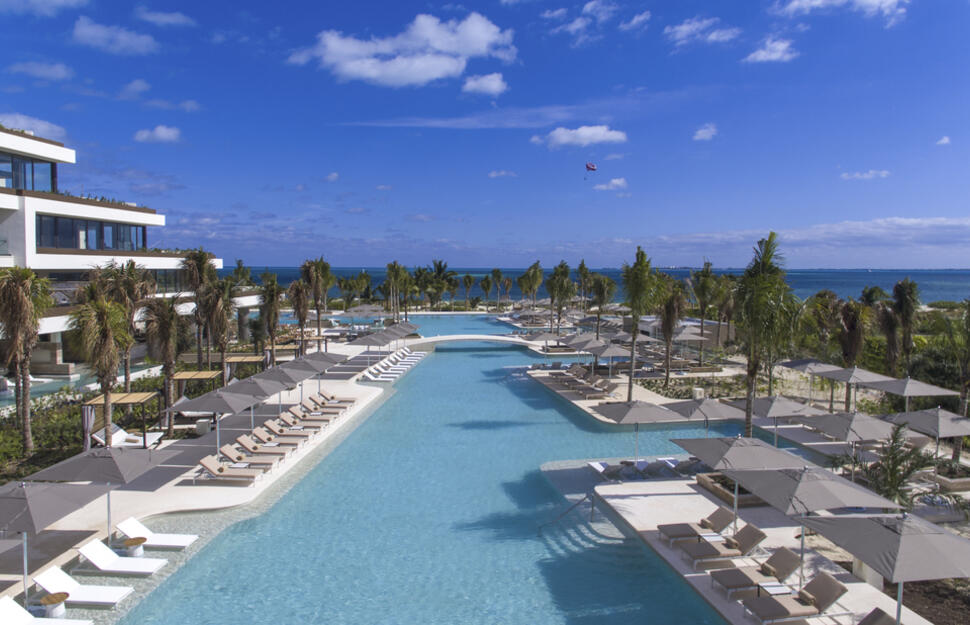 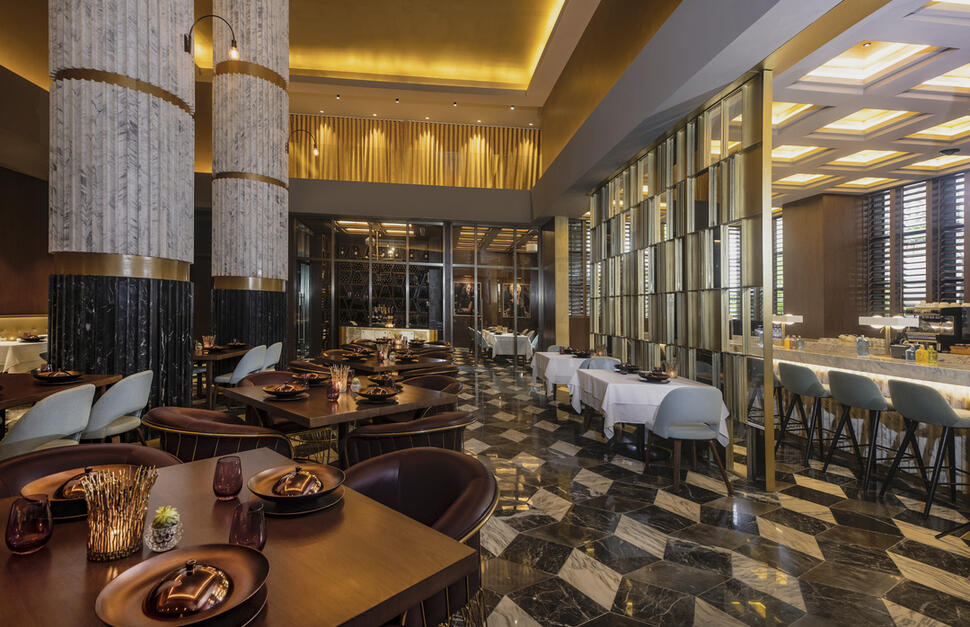 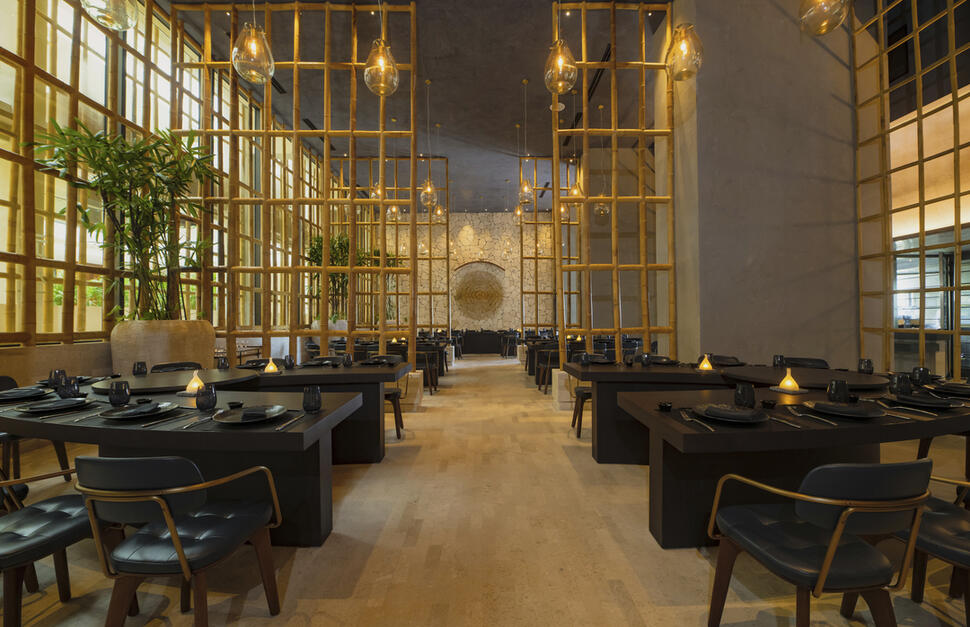 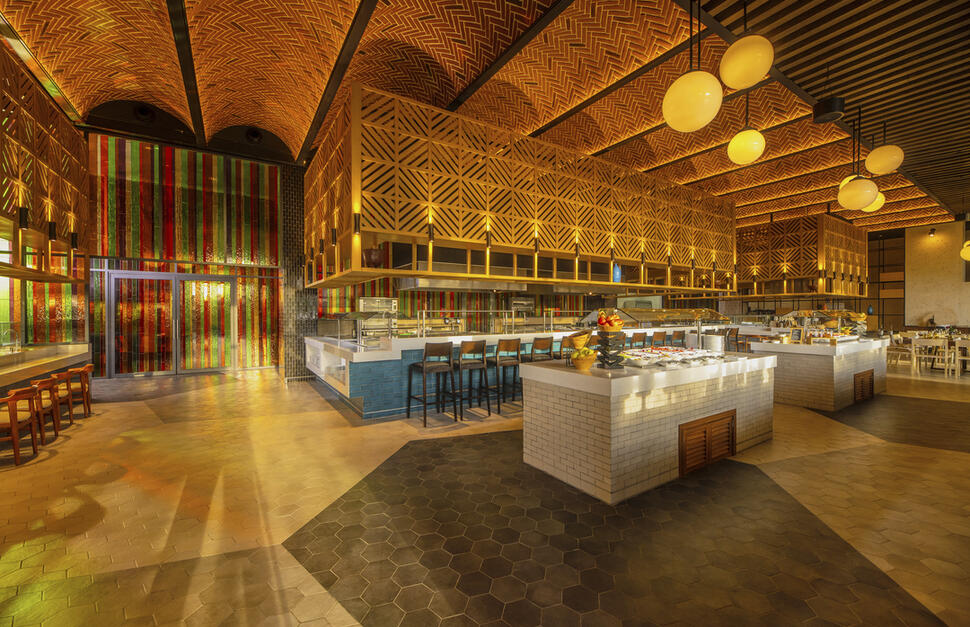 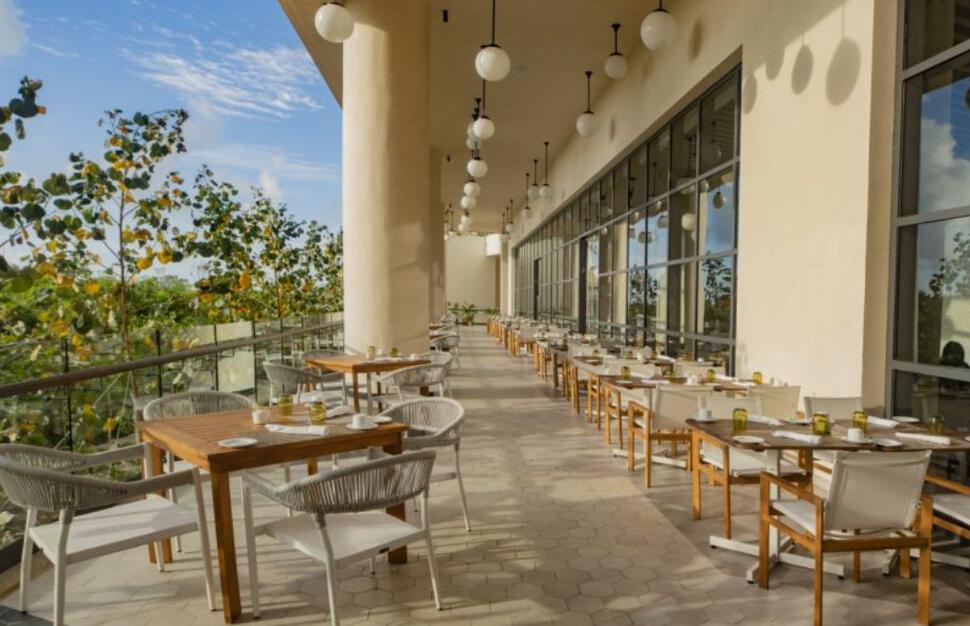 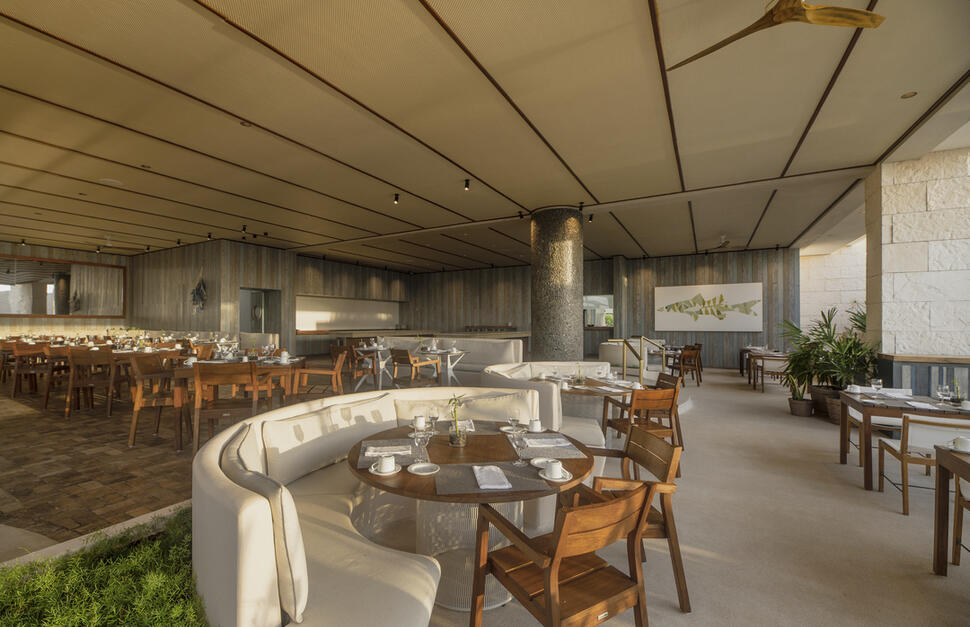 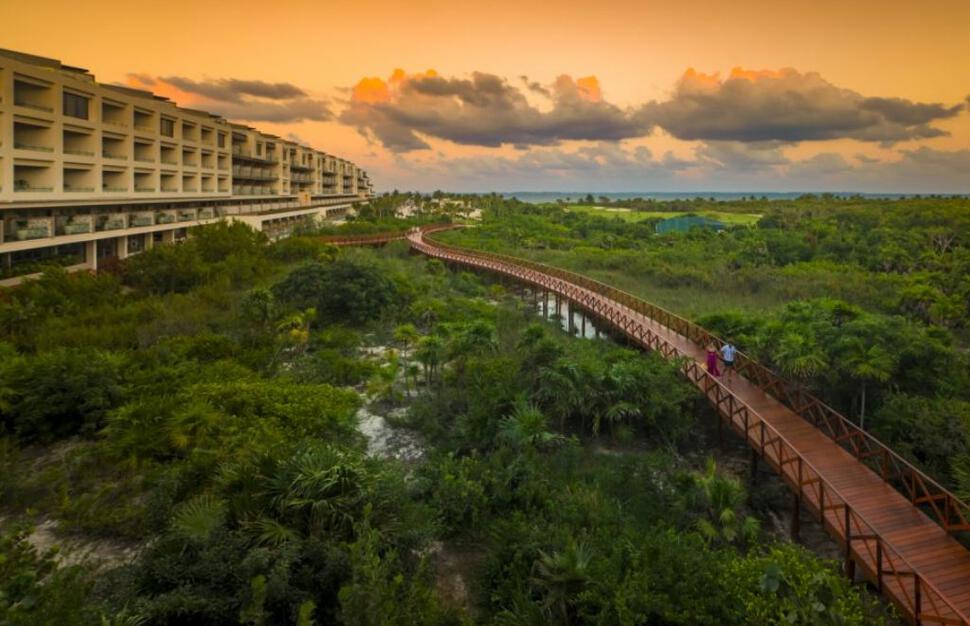 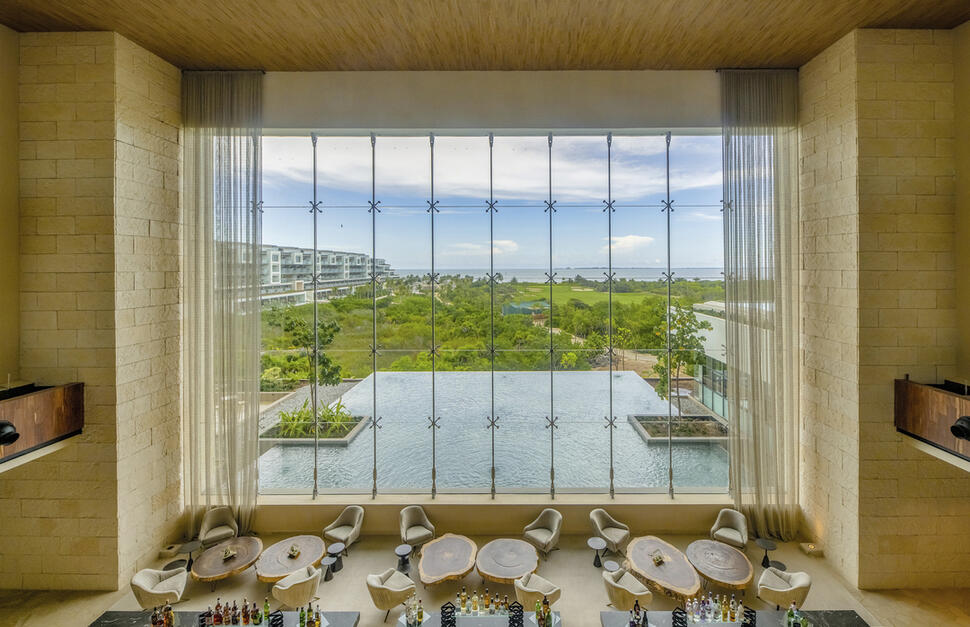 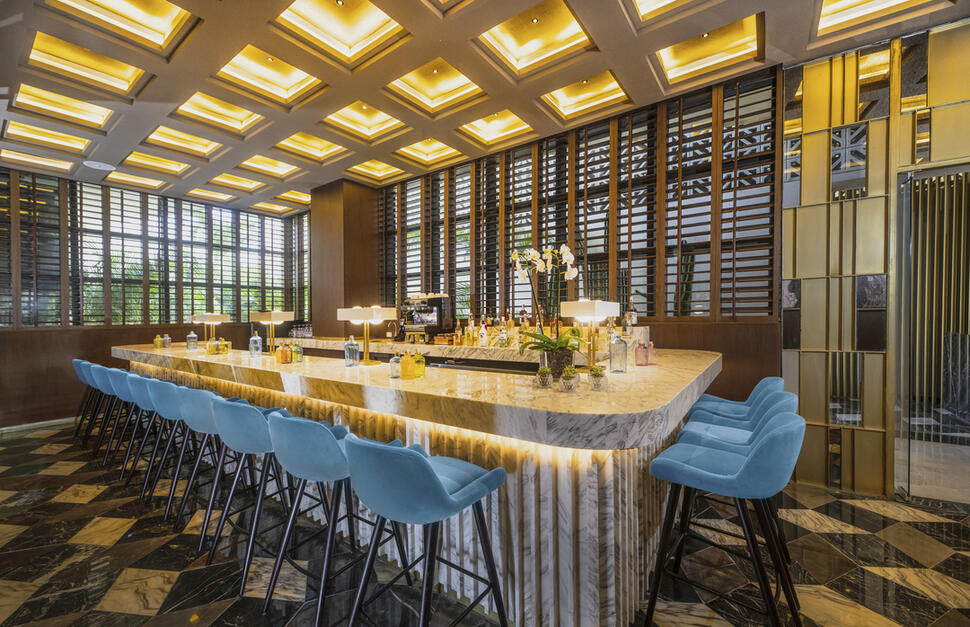 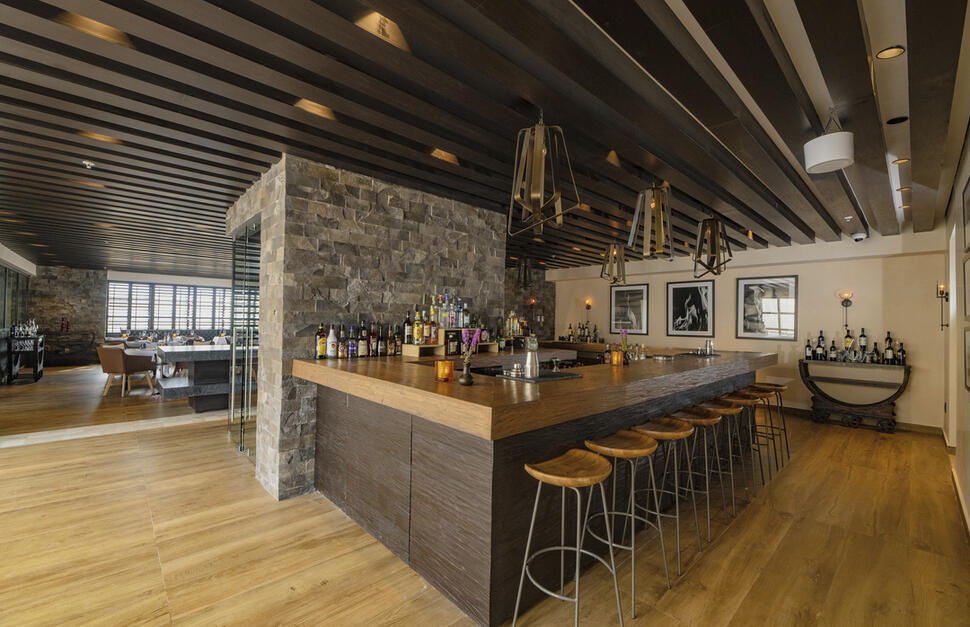 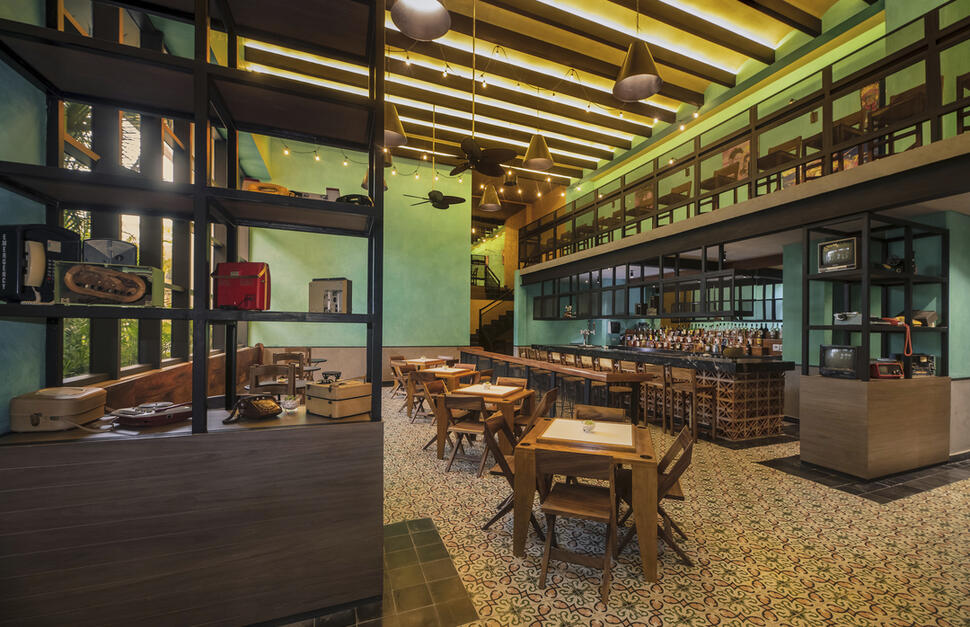 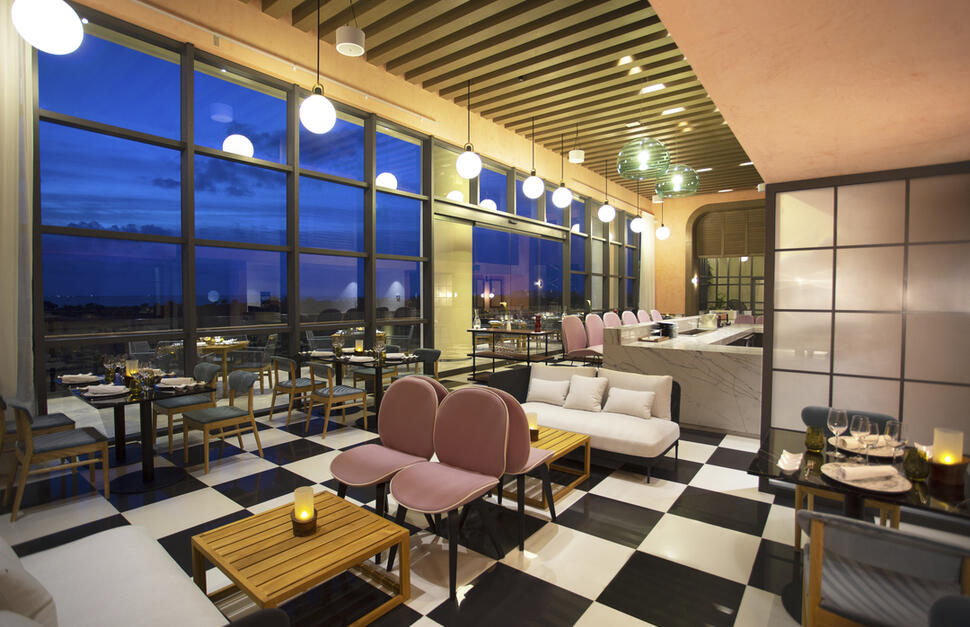 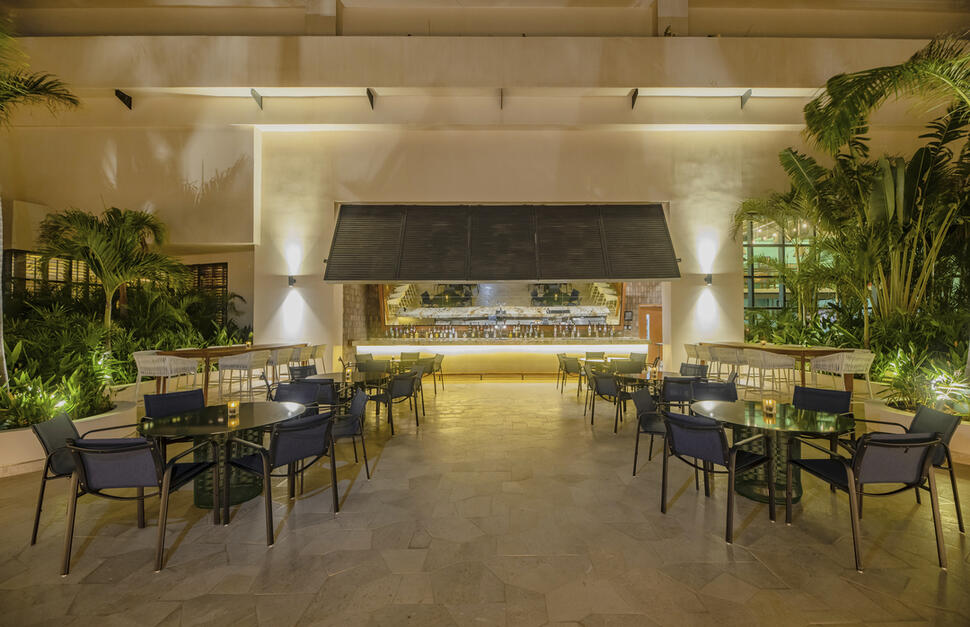 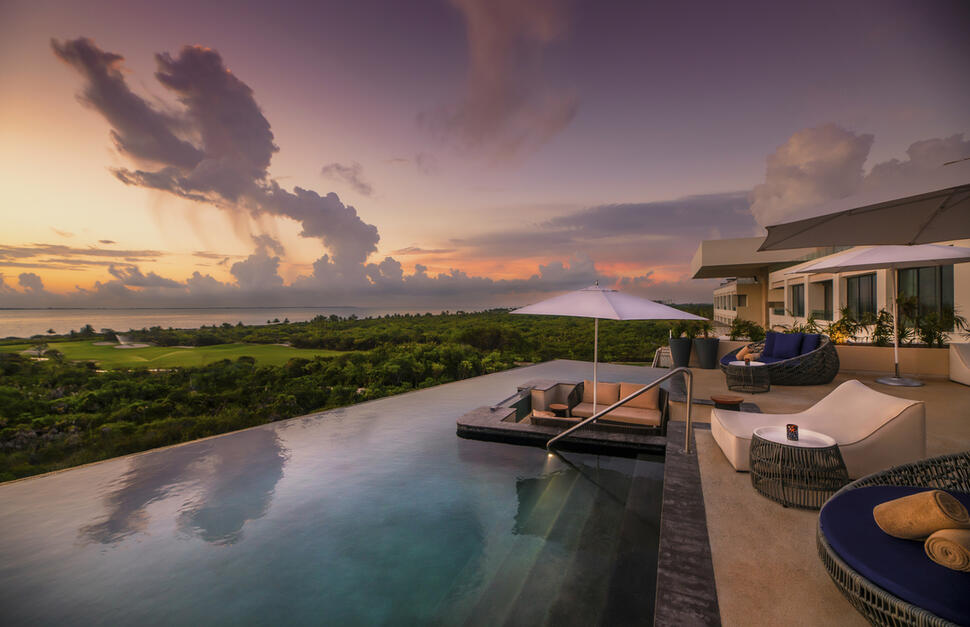 All Inclusive. All-suite. All adults. This is the all-time luxury escape in Mexico. Seamlessly sweeping into the sands of Playa Mujeres, and the curacao-blue waters which wash it, this sparkling new hotel has upped the all-inclusive ante with its ATELIER Artist Service®, including extras like a pillow menu, daily restocked bar, pool concierge, and 24-hour room service. Showcasing the region’s art, culture, and natural beauty, it’s also been designed to provide the ultimate in indulgences, with semi-sunken sun loungers, four-poster daybeds, and a mix of Mexican and global gourmet menus in its complimentary dining venues (plus the exquisite creations of celebrity chef Edgar Nunez at María Dolores® if you fancy treating yourself).

Junior Suites Ocean View look out to the sea from a private balcony, have a generous working space and fine dining facilities.

Junior Suites Swim Out are spacious rooms that offer direct pool access to a semi-private swimming lane lane from a terrace.

Rooftop Suites are also available, with a private rooftop terrace which features a plunge pool, shower, half bath and a pergola bed.

Activity programme, happenings and events during the day and night.

Complimentary WiFi in all rooms and common areas throughout the resort. Valet parking. Car rental*. Atelier-Estudio App that allows guests to check in remotely, pick their suite location, act as a digital key, E-chat with concierge and more