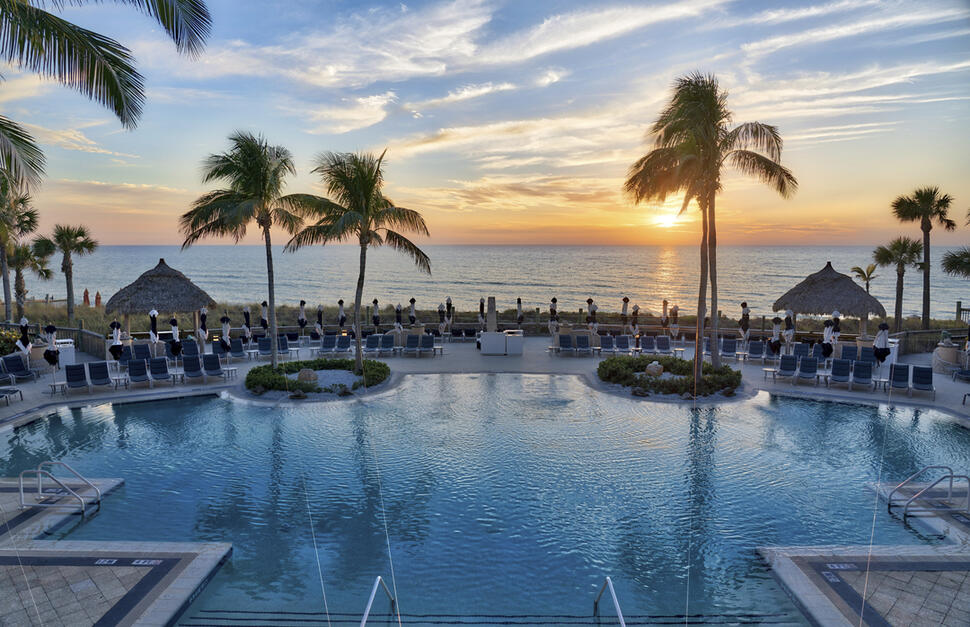 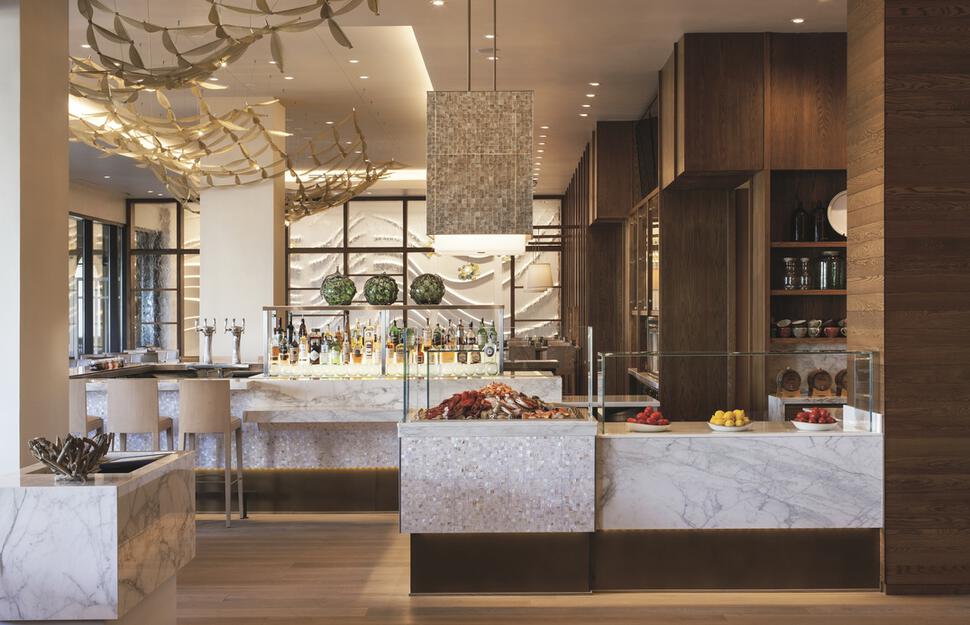 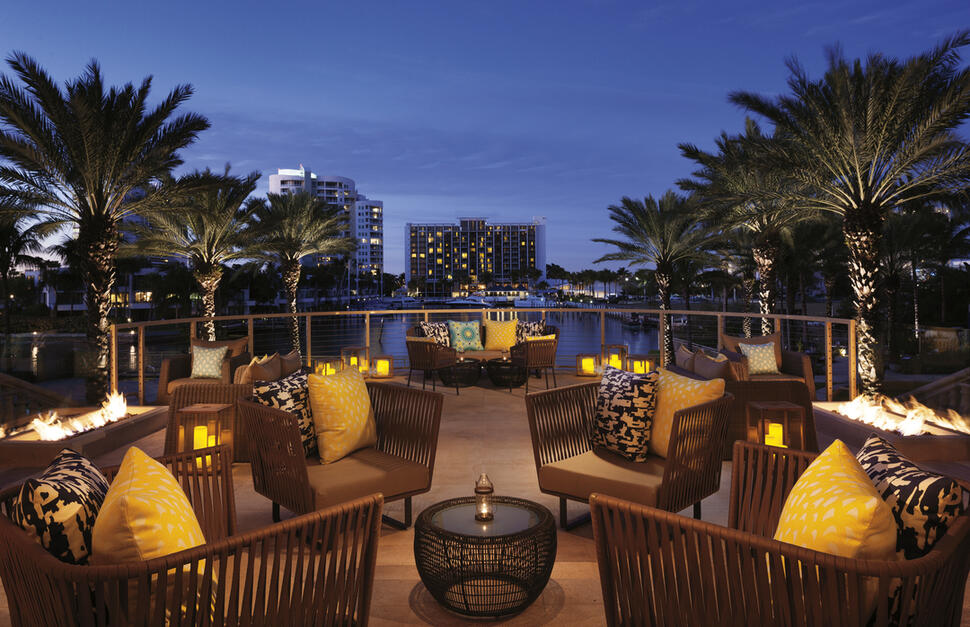 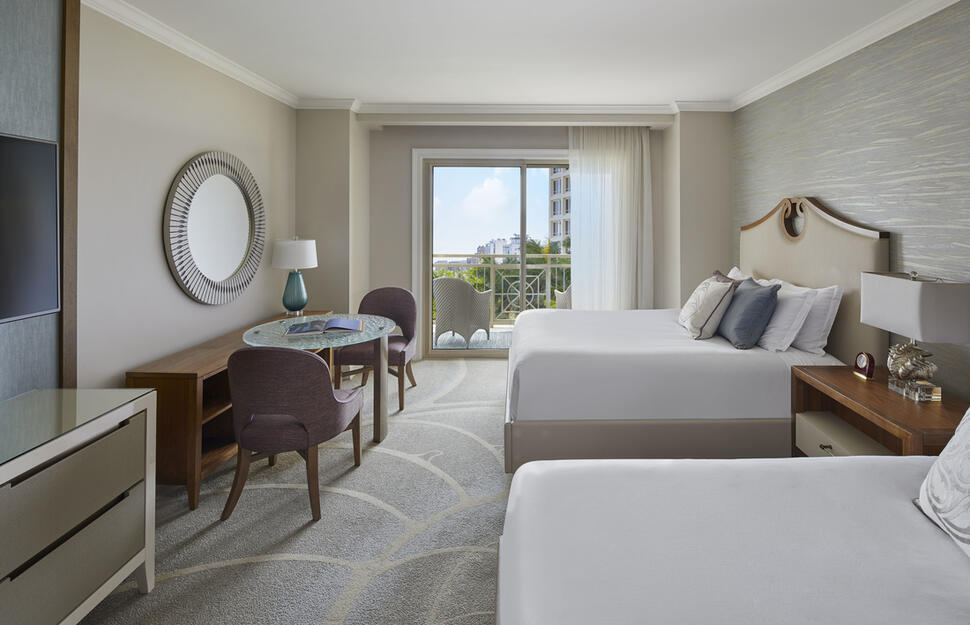 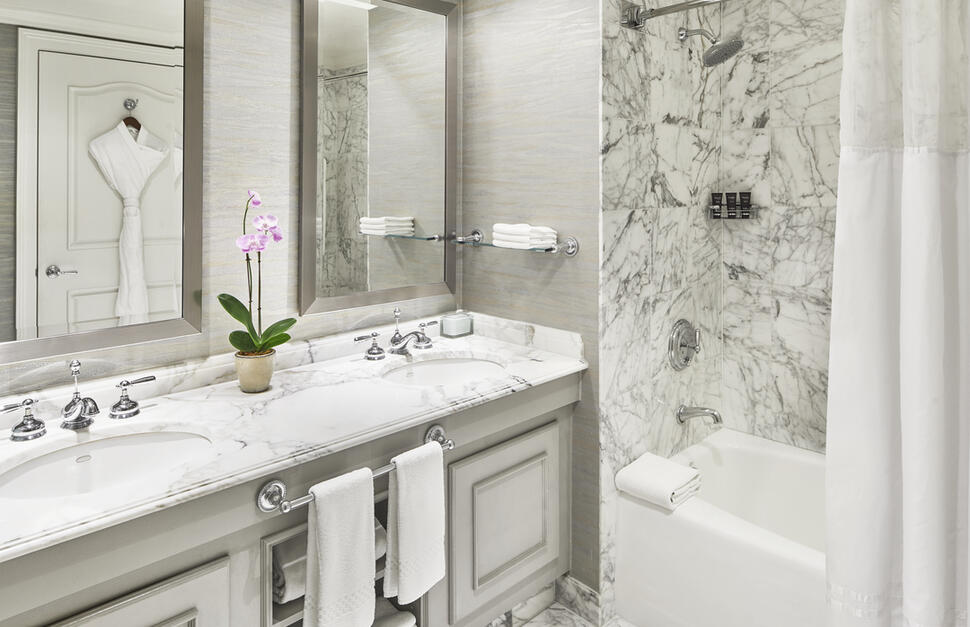 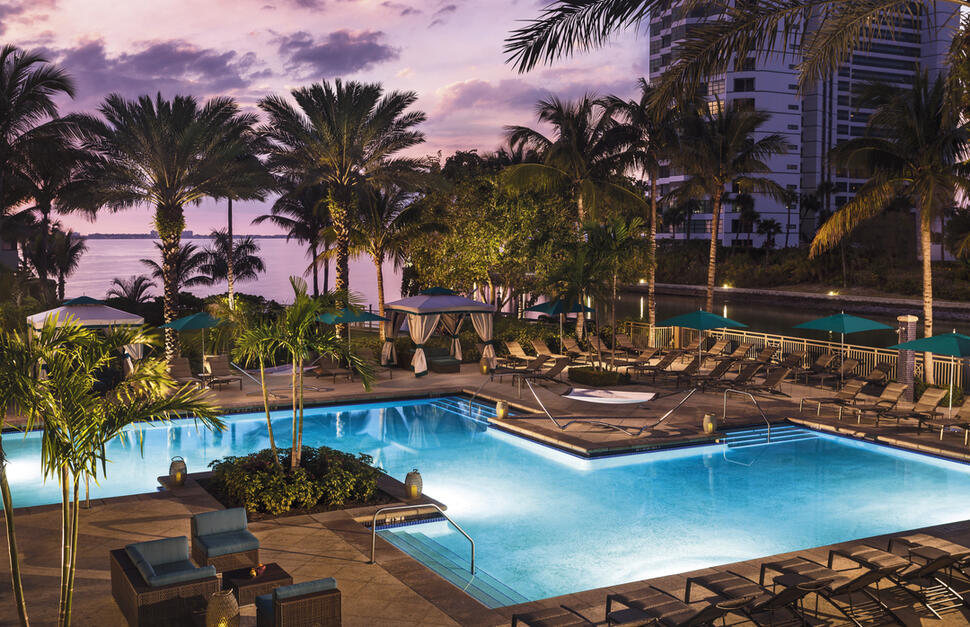 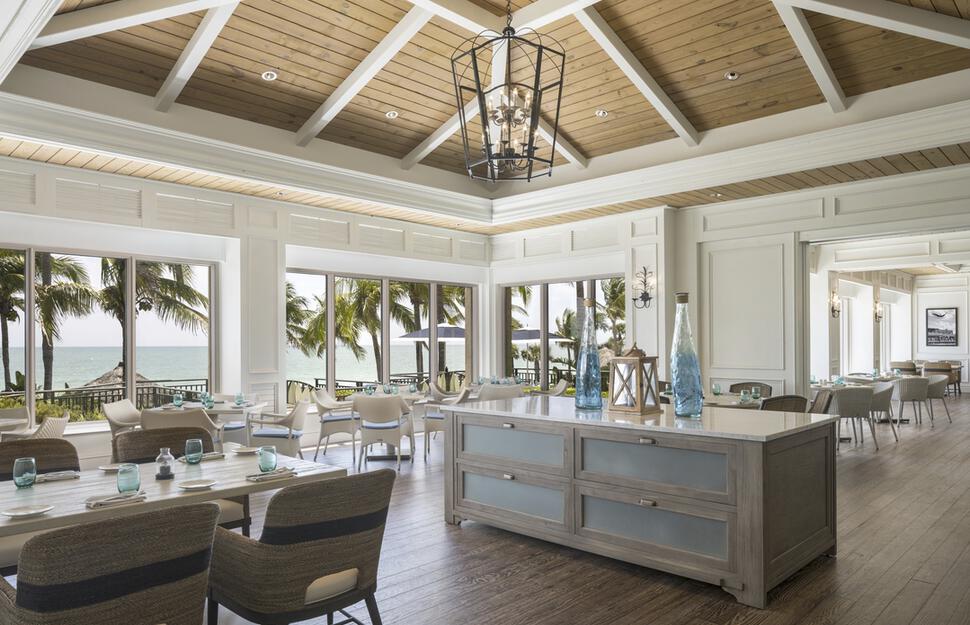 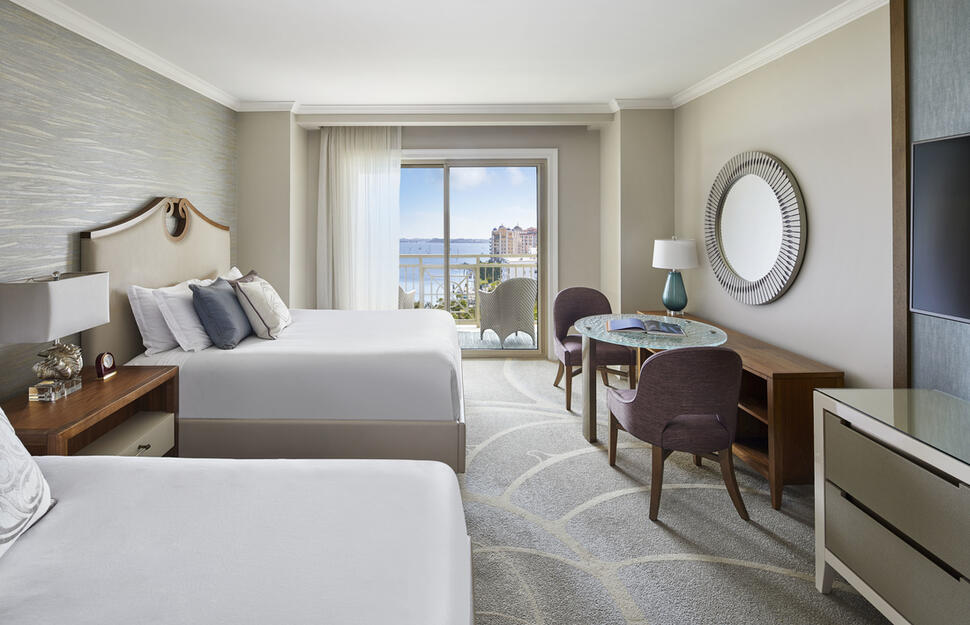 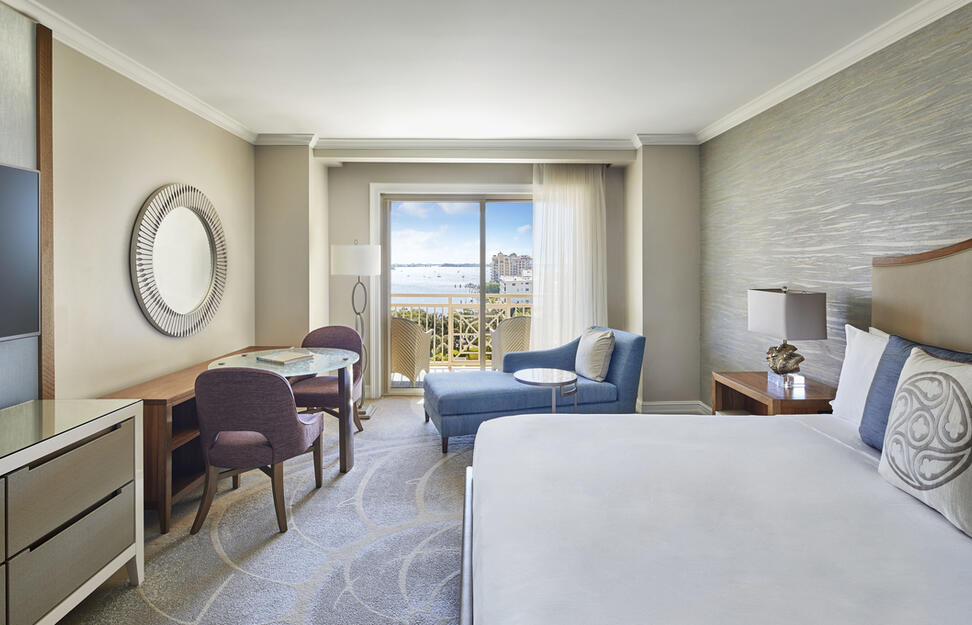 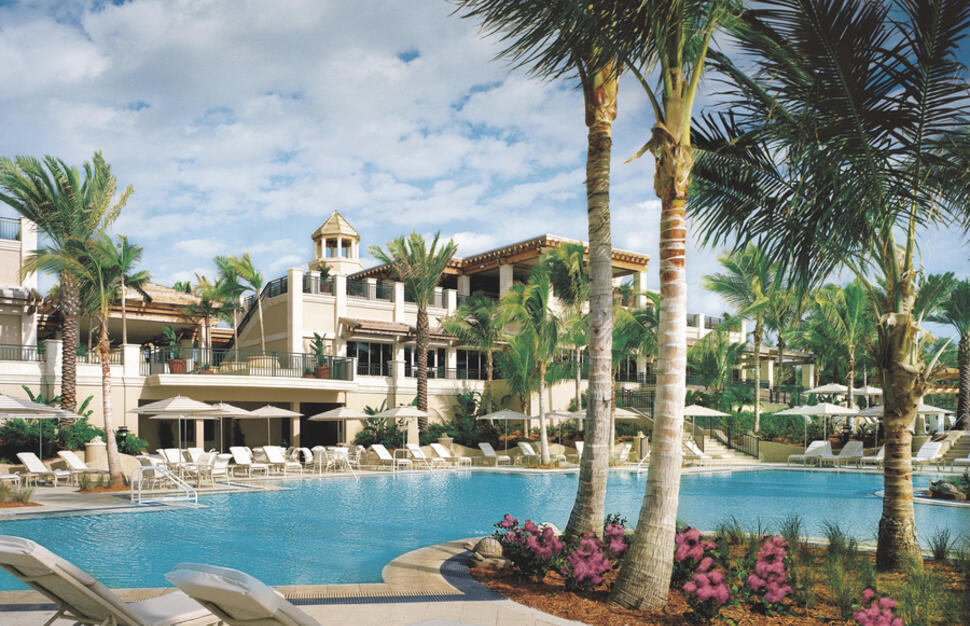 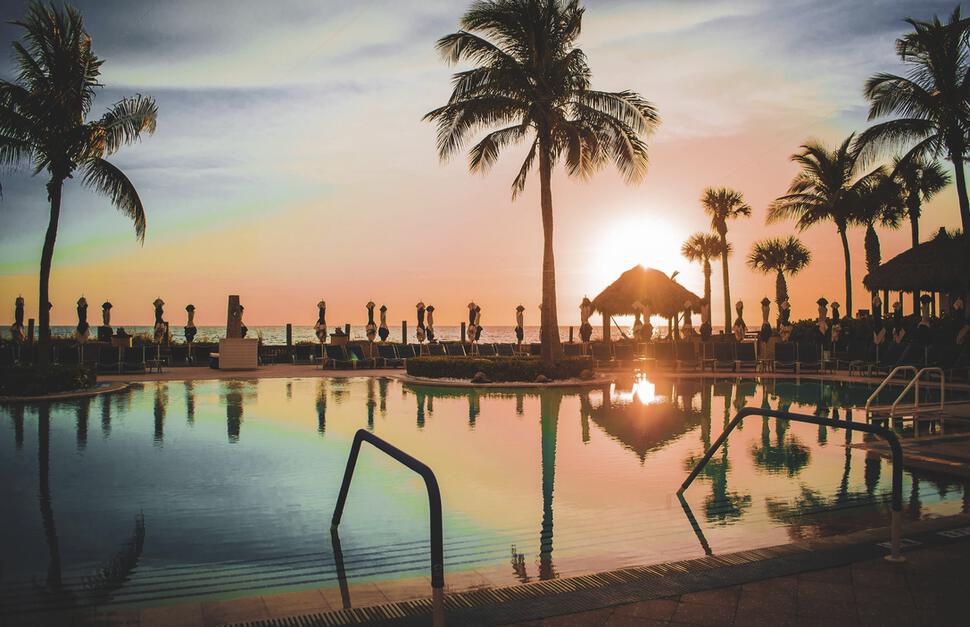 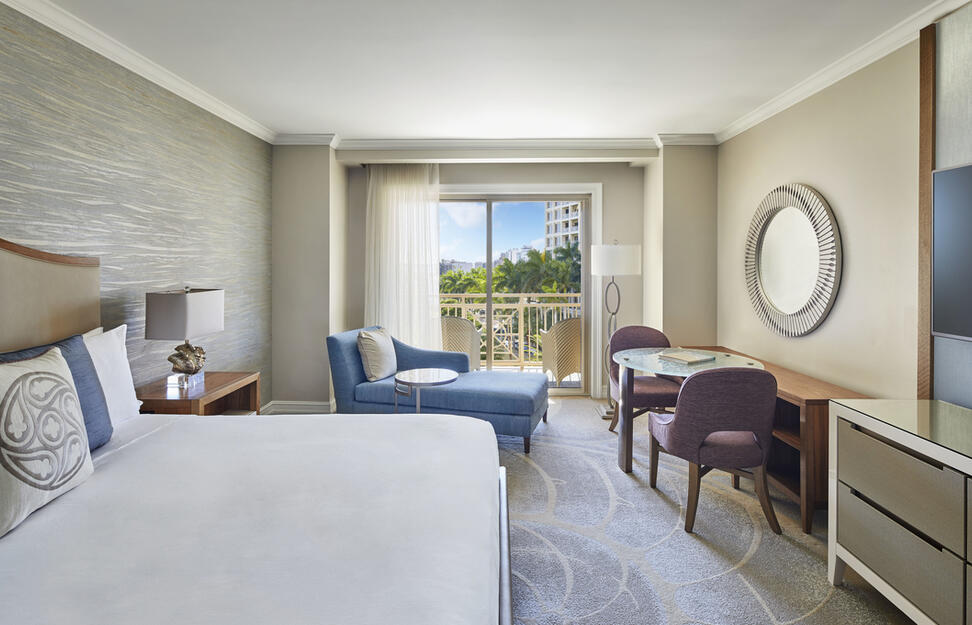 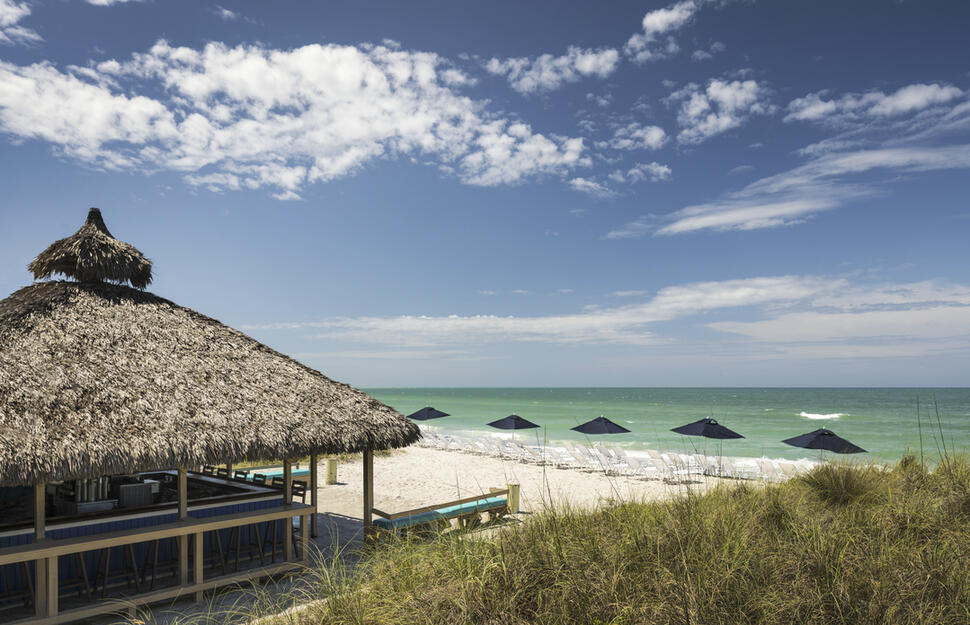 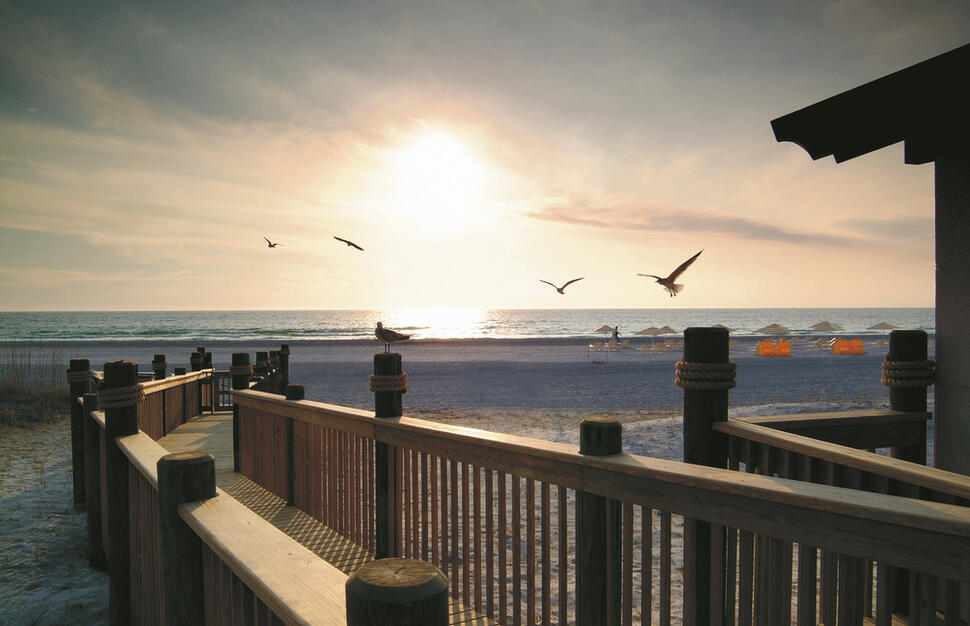 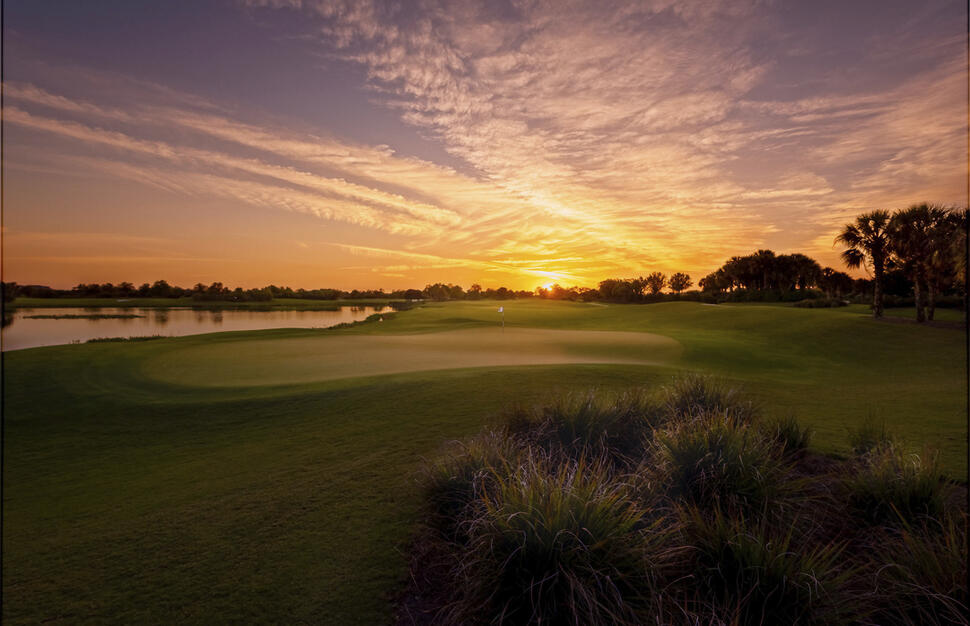 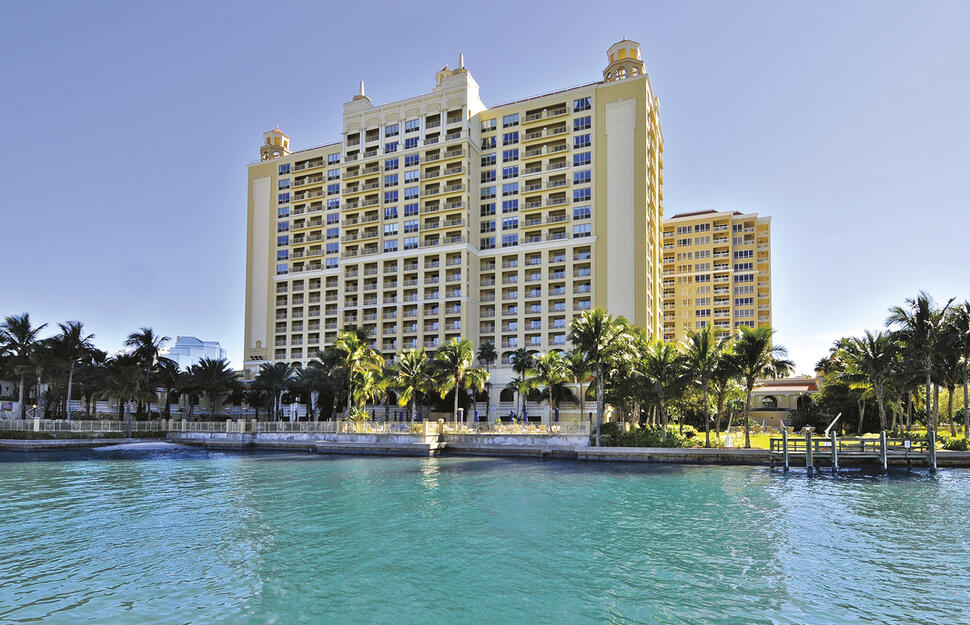 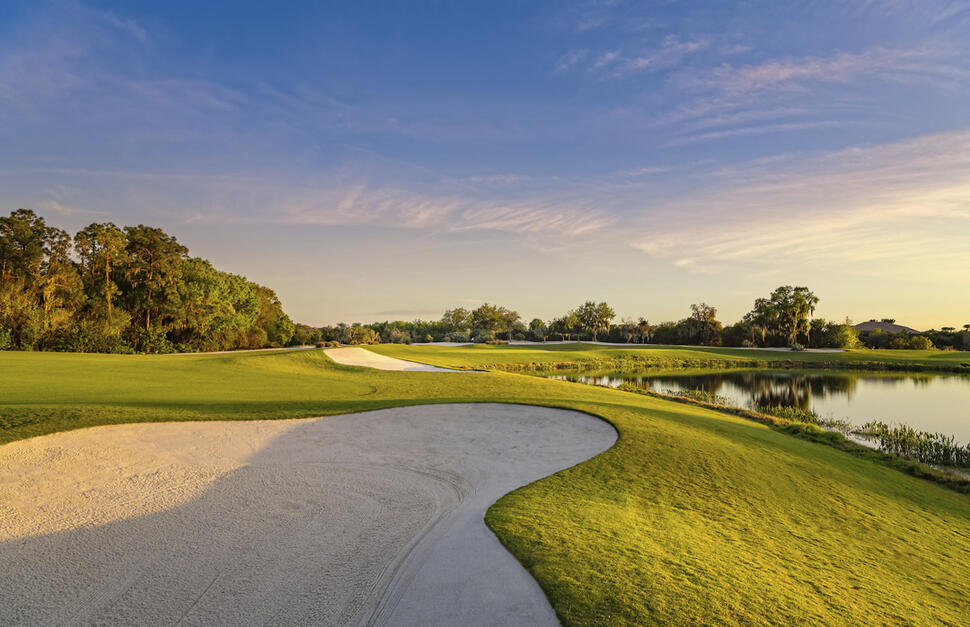 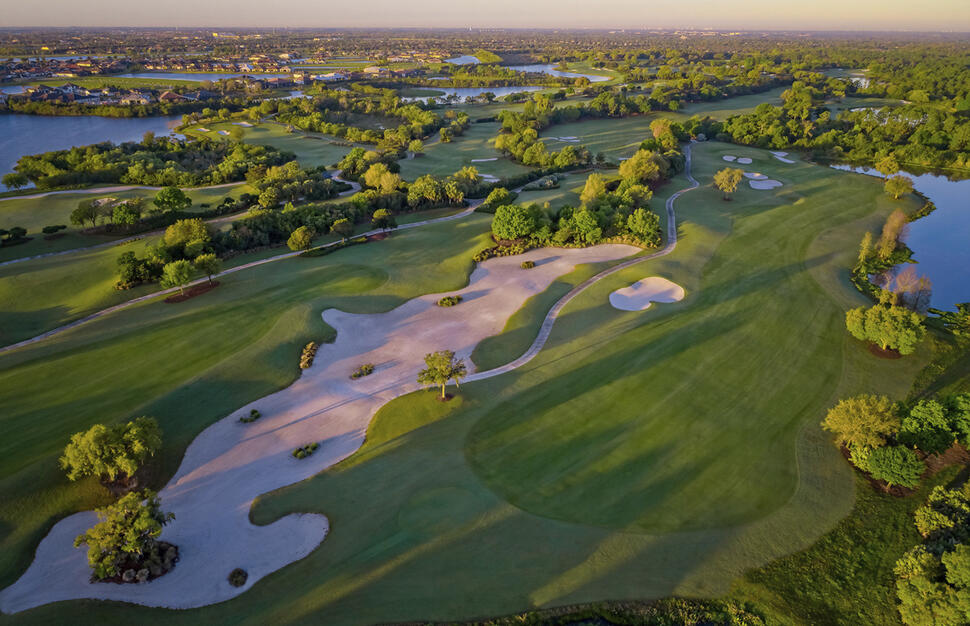 The VIP vibe at The Ritz-Carlton, Sarasota comes from indulgences like its bay-side location, its palm-dappled pool, and its celeb-worthy dining venues. Overlooking Sarasota Bay, you can watch the water as you laze by the chic outdoor pool and whirlpool, as you tuck into coastal cuisine, cocktails, and craft beers at Jack Dusty, and when you head to its beach club, 3 miles away at Lido Key, to enjoy the tiki bar, seaside-styled Ridley’s Porch restaurant, and soft sands. (You may even get to enjoy it from your private balcony, as some have marina views.) The luminary luxuries continue with opulent spa treatments and access to the exclusive Ritz-Carlton Golf Club.

Resort fee: $37 per room, per night, plus tax (payable locally, subject to change).

Please note: all guests must be 21 or older to book a room.