In July 2019 Virgin Holidays announced its decision to stop sales and promotion of captive cetacean (whale and dolphin) attractions.

Virgin Holidays has decided to stop selling and promoting captive cetacean (whale and dolphin) attractions, as we look to focus on offering customers more natural, at-distance encounters with these animals.

This decision is the next step in the journey that we started back in 2014, when we announced the Virgin Pledge to only work with facilities that are committed to not taking animals from the wild. Our next step was in 2017, where we announced several steps to evolve our choice of encounters with these captivating animals to be more natural. We also partnered with the World Cetacean Alliance and the National Aquarium in Baltimore.

We have now decided the time is right to stop working with partners whose primary purpose is to sell close encounters with captive whales and dolphins. We will instead focus on encouraging customers to see these creatures in the wild. We will also continue to support the development of sanctuaries for whales and dolphins currently in captivity.

Our plan is to offer customers a world-class selection of ‘wild’ experiences with whales and dolphins, always ensuring we keep to a ‘whale and dolphin first’ approach to all cetacean encounters. 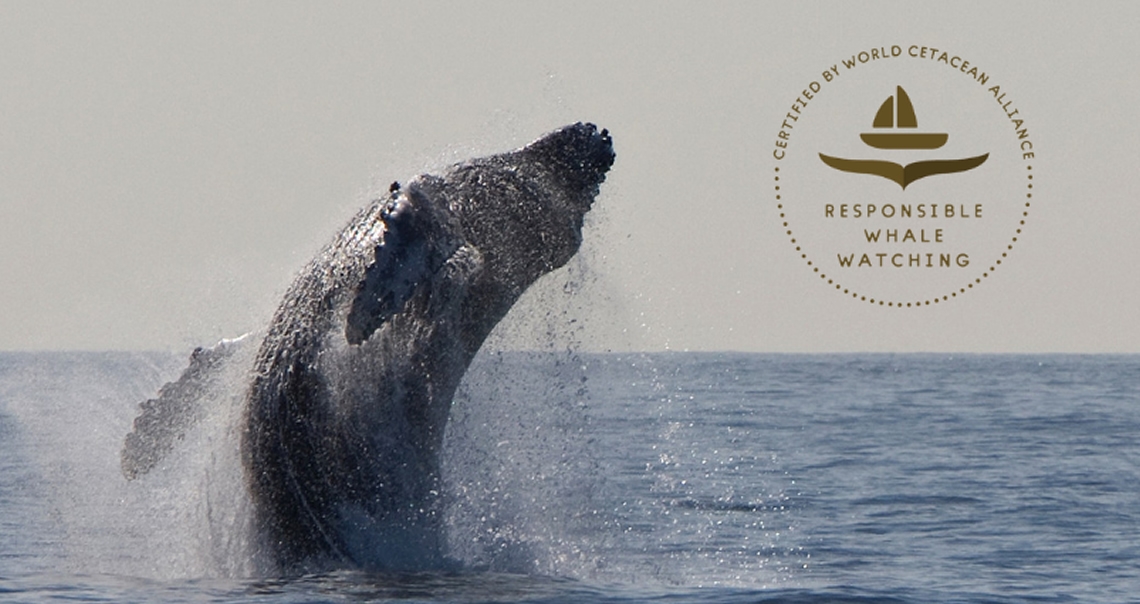 We are supporting the development of more opportunities for responsible wild-watching of whales and dolphins. We’ve committed to a partnership with the World Cetacean Alliance that will roll out the Responsible Whale Watching Guidelines, which were agreed with all of our whale and dolphin-watching operators at the World Whale Conference in South Africa in 2017.

These suppliers are encouraged to enhance a customer’s experience by educating them about the marine environment, while keeping a respectful distance from the animals. They will also be given the opportunity to get involved in research projects to track the health and distribution of cetacean populations. For more information on the World Cetacean Alliance: https://worldcetaceanalliance.org/

As of 2019, we’ve invested US$100,000 with the non-profit, National Aquarium in Baltimore to support the creation of North America’s first dolphin sanctuary and the move of its six captive dolphins (Jade, Spirit, Bayley, Chesapeake, Foster and Beau) from their indoor dolphinarium to a more natural outdoor environment.

The exact location of the sanctuary is yet to be determined, but it’ll provide the dolphins with a much bigger living space and be located near the coast. It will give them the chance to experience a far more natural habitat with exposure to ocean tides, temperature variations, and other ocean life such as fish, crabs and seaweed. We gave the various sanctuary projects around the world a lot of thought, but ultimately decided on investing in the National Aquarium’s groundbreaking initiative.

One of the major dilemmas for the tourism industry is the argument over whether whales and dolphins currently in captivity can thrive in more natural settings. We hope this new project with the National Aquarium will show that more natural alternatives are possible. We’re the number one British tour operator to Florida, and we hope this sanctuary and others in development will help change the way tourists interact with these complex animals.

The Aquarium has now embarked on a three-year acclimatisation programme to teach their dolphins new behaviours and prepare them for the eventual move. This includes encouraging them to drink water so their system can be flushed if they eat the wrong thing, raising the temperature in the tank to 26 degrees Celsius, allowing algae to grow, and teaching them to swim onto stretchers so the eventual transportation to their new home is successful. To find out more, visit: www.aqua.org/sanctuary.

How we got here

For many years, Virgin has taken an active role in shaping a long term vision for captive cetaceans in tourism. The first important step was in 2014 with The Virgin Pledge on Sea Mammals. This was the result of a first of its kind, multi-stakeholder roundtable discussion initiated by Virgin, that led to a shared commitment for the protection and conservation of the oceans for future generations. The Pledge included a specific commitment not to take any new whales, dolphins and porpoises (collectively known as cetaceans) from the wild and was supported by all suppliers of Virgin Holidays.

After the Pledge followed more detailed work behind the scenes to continue to review developments and plan next steps. This resulted in our updated commitment and vision in 2017 that the way tourists interact with whales and dolphins needs to change.

The five point actions plan that was announced in 2017 was:

1. We will not sign up any new attractions that features captive whales and dolphins for theatrical shows, contact sessions (such as ‘swim-with’ programs) or other entertainment purposes;

2. We will work closely with  existing partners to encourage evolution of their product offering  to reflect changing consumer tastes, and ensure compliance with the Global Welfare Guidance for Animals in Tourism – developed by our trade association, ABTA, together with The European Association of Zoos and Aquaria, The International Zoo Veterinary Group and respected NGOs;

3. We will support the creation of coastal sanctuaries for whales and dolphins and promote conservation in their natural habitats through an annual donation supporting Virgin Holiday’s long term vision for captive cetaceans in tourism

4. We will offer customers more choice in the regions in which we operate, such as promoting responsible wild whale and dolphin watching and sanctuary-based experiences (when these become available);

5. We will support international co-operation to end the capture of wild cetaceans, and discourage the building of new attractions, where cetaceans will be used for theatrical, contact or other entertainment purposes.

Over the years we have been committed to drive change. We work with our partners, experts and other interested parties to shape a future of wildlife tourism that embraces the complex social and physical needs of cetaceans and their habitats. As well as ensuring enriching and enjoyable experiences that transform the way customers engage with and learn about the oceans and marine life.

We also recognise that animal welfare doesn’t end here: many other species are implicated.  There’s lots to do and we are keen to start with cetaceans, but over time we will work to extend our principles to other animals