Pride in the USA

While the June 1969 Stonewall Riots in NYC lit the touch paper that ignited the Gay Rights Movement around the world – and fixed the anniversary month around which a constellation of Pride events, marches and festivals would forever orbit – Philadelphia’s gay and lesbian community began its campaign for equality with protest marches four years earlier. 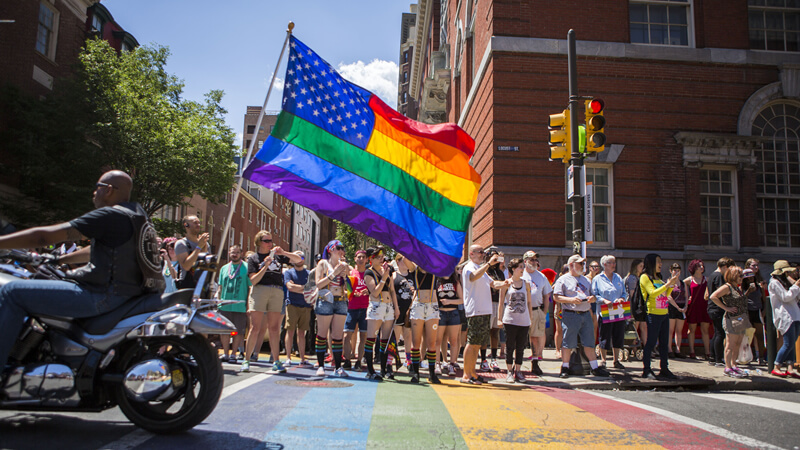 Fast forward to the present day and Philadelphia's thriving Gayborhood — in the Washington Square West neighbourhood — is testament to how far the community and its allies have come over the last half-century. It's also the jumping epicentre of the city's annual Pride events. They kick off in impeccable style with a glamorous Friday block party – head towards 13th and Locust – you won’t be able to miss it.

After a very welcome day of recovery on Saturday it all culminates on Sunday with an unmissable 1.5 mile parade that brings the magic to Philly’s Center City and Historic District en route to a festival at the riverside Great Plaza at Penn’s Landing. And, yes, parade entrants are up for prizes, with categories including ‘Best Theme’, ‘Best Statement’ and ‘Gayest in Parade’.

Wristbands for Sunday’s festival won’t exactly break the bank (they’re around $15), but – word to the wise – buy them in advance at the Friday night block party to knock $5 off. You’re very welcome. 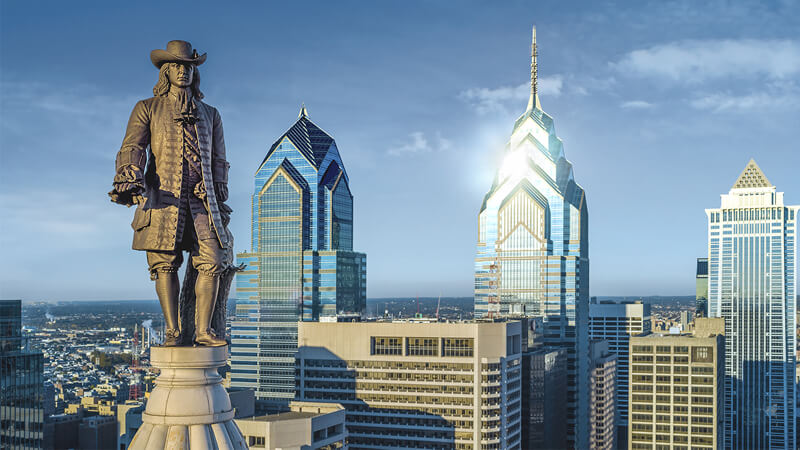 Curious about Chicago’s LGBTQ+ Bona Fides? Well, Boystown in Lakeview was the first officially recognised gay village in the United States and its annual Pride Parade is one of the best attended in the World.

The parade takes place on the last Sunday in June, but the party begins in earnest the weekend before with Pride Fest. This world-class celebration of LGBTQ+ life, culture and community includes live performances on multiple stages, art and craft vendors, merch stands, DJs, drag shows and a furbulous pet parade. There’s also the opportunity to see the semi-finals of a singing competition, the eventual winner of which gets to sing the national anthem and to throw the first pitch at nearby Wrigley Field’s ‘Out at Wrigley’ LGBTQ+ Cubs match in August. 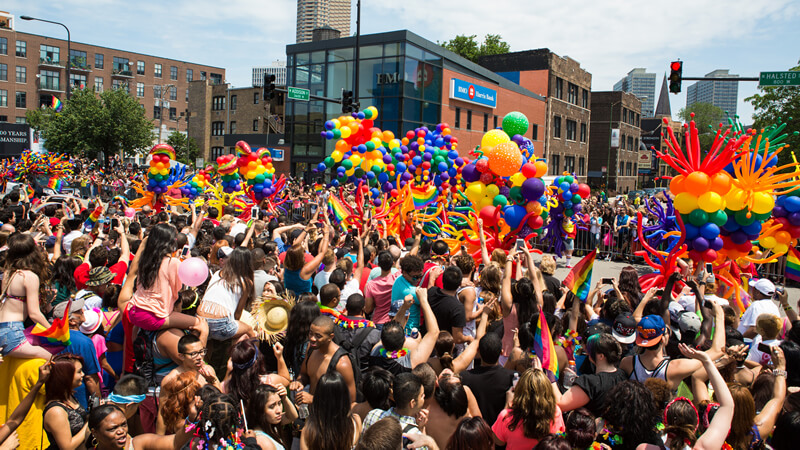 As we’ve already trailed, the Pride Parade itself happens on the following Sunday, giving you plenty of time to plan where to get the best views of all the glam floats and other entries as they process along the route.

A few practical matters: Pride Fest asks for a $10 donation to attend, it takes place in Boystown (of course), on Halstead Street between Addison and Grace Street, and the CTA Red Line Addison station (just by Wrigley Field as it happens) is a great arrival point, just a block west of all the action. Alternatively, if you’re not fussed about home runs, head to Belmont Station for the best access into Boystown. 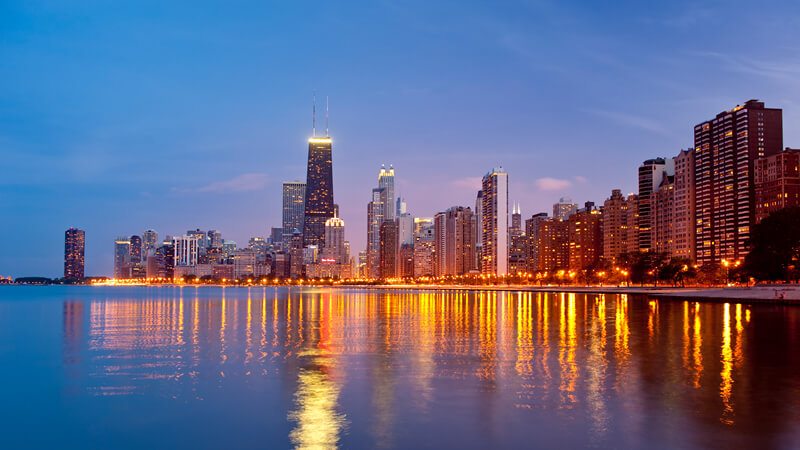 Trust the glittering desert-playground of Las Vegas to do Pride in its own spectacular way. Breaking from ranks of cities whose headline LGBTQ+ events hit their stride during June, Vegas’s annual Pride Night Parade and Pride Family Festival strut their stuff in early October over two days. An autumn break in the Entertainment Capital of the World? Sounds perfect to us.

Organised by SNAPI (the Southern Nevada Association of Pride, Inc.), it begins early Friday evening with a sensational Parade Pre-Show on the Main Stage. This is usually in Downtown Las Vegas – two blocks south of the Fremont Street Experience, but check here for all the latest details. 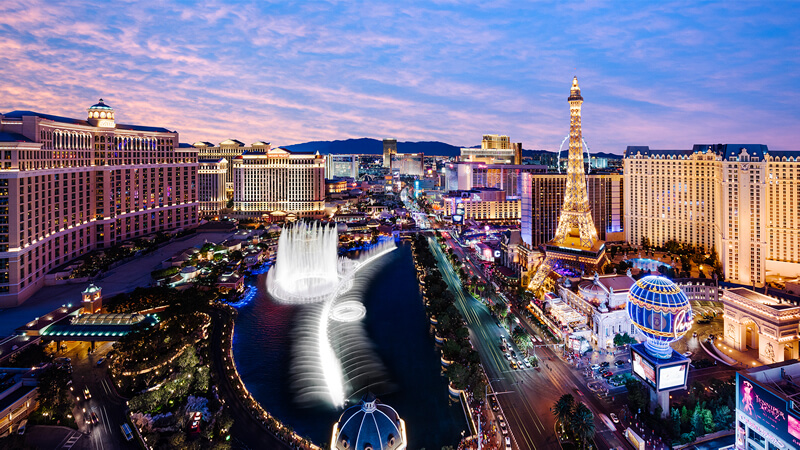 Whether the Pre-Show calls to you, or you’d rather make your entrance for the Parade proper, we recommend not arriving too fashionably late. You’ll want to guarantee a good view, as it can, naturally, get crazy busy along the parade route. Fancy an early night? As if. Once the Pride Night Parade’s trophies have been awarded and the thunderous applause dissipates, the official After Party gets underway at the Downtown Las Vegas Event Center.

On Saturday, the celebrations start back up again, featuring lively events crafted for attendees of all ages, including over 100 vendors, assorted food and beverage options, drag shows, special guest appearances, and live entertainment. Throughout the weekend, local LGBT bars also pull out all the stops with entertainment, special themed events and more guest performances. Be sure to check out the Drag Brunch that takes place at Señor Frog’s twice daily from Friday through Sunday. This is all your perfect excuse for a long weekend in Las Vegas. Arrive early or stay late to explore everything in around the city.

Entry for the weekend starts at around $15 per person. It’s open to the public on Friday (immediately following the parade) and from noon to 10pm on Saturday..

Befitting Los Angeles’ performative poise and high production values, West Hollywood’s annual Pride events are curated into a fully featured festival. With tickets costing $50 for the full weekend or $30 for a single day, you’ll get superlative programming and flawless organisation. It’s not everywhere you’ll find the likes of Paula Abdul and Meghan Trainor performing on one of three official stages, after all. 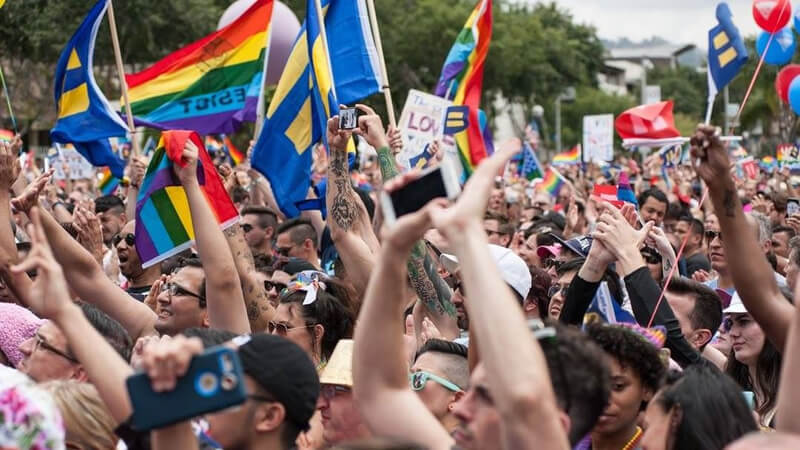 But, we’re getting ahead of ourselves. Before the festival begins, LA’s Pride’s full spread of events actually kicks off towards the end of May with a special LGBT Night of baseball hosted by the LA Dodgers, plus an LA Pride Night at Universal Studios Hollywood.

Not into pitchers (nor belly itchers, for that matter)? No problem. The festival debuts with a spectacular opening ceremony on Friday night (early June, naturally, check here for all the details), at the festival ground in West Hollywood Park, along San Vicente Boulevard between Santa Monica Boulevard and Melrose Avenue. Expect a Vogue Ball and Drag Show, DJs and special surprise guests.

The festival hits the ground running on Saturday through Sunday with tons more live performances, heavenly food, merch vendors and a lavish programme of inclusive and energising entertainment for the LGBTQ+ community and its allies to enjoy. And, let’s not forget the LA Pride Parade itself. This rolls out in all its glory along Santa Monica Boulevard, early afternoon on festival weekend Saturday.

Get. There. Early. At least, if you want to guarantee a great view of the floats. 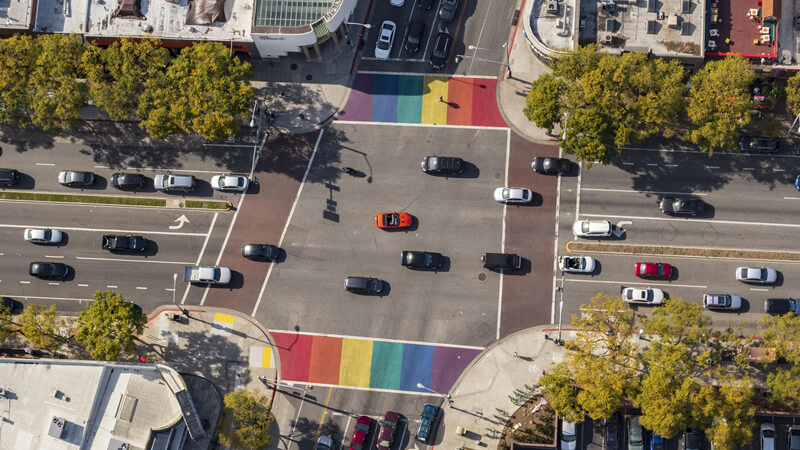