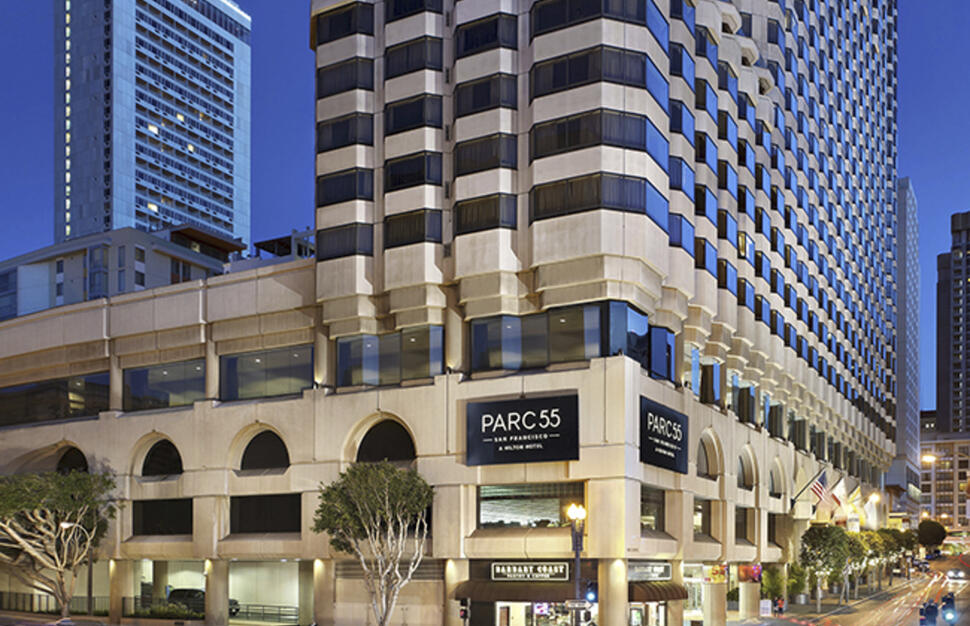 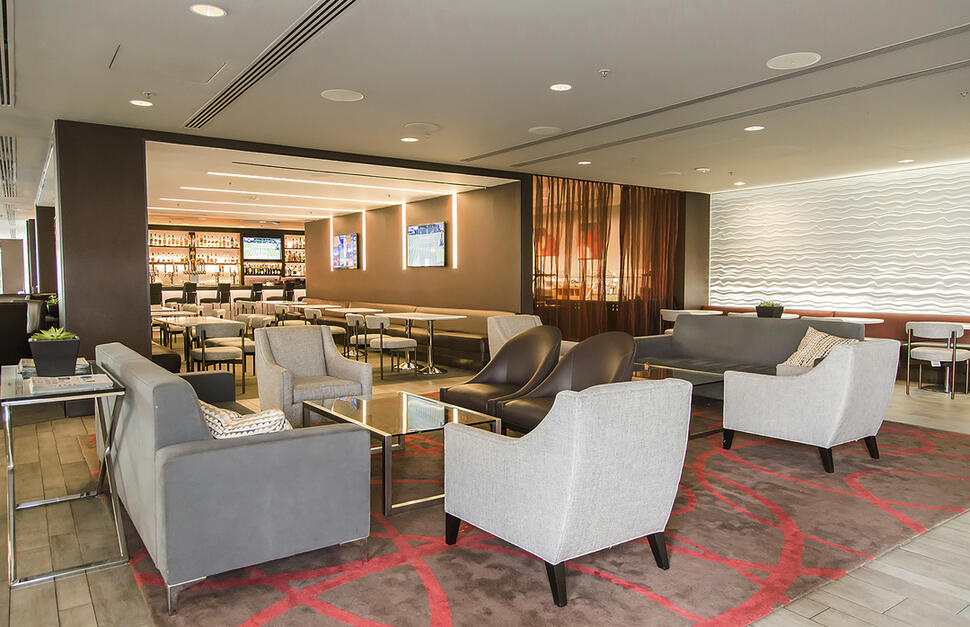 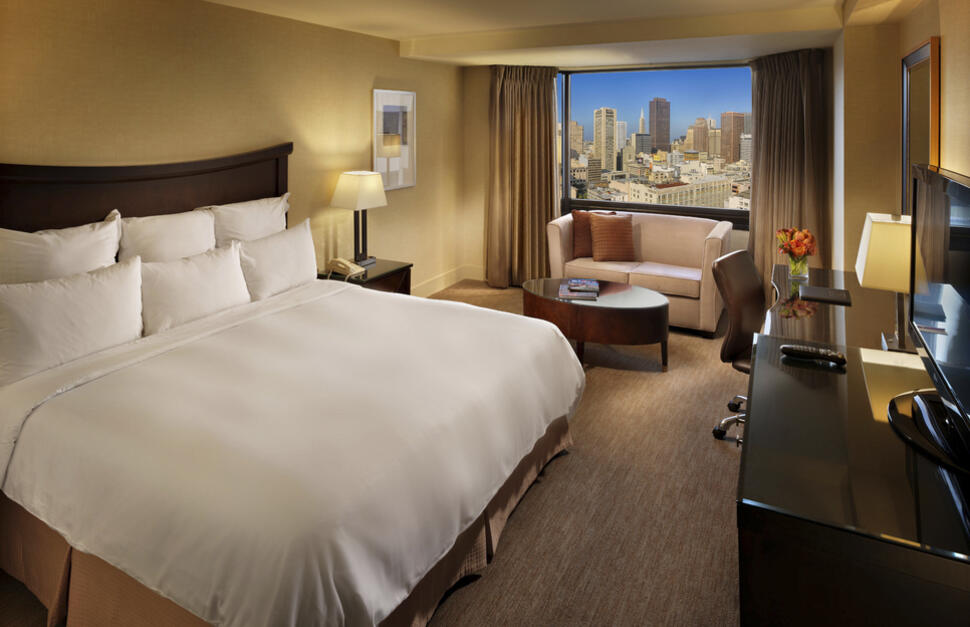 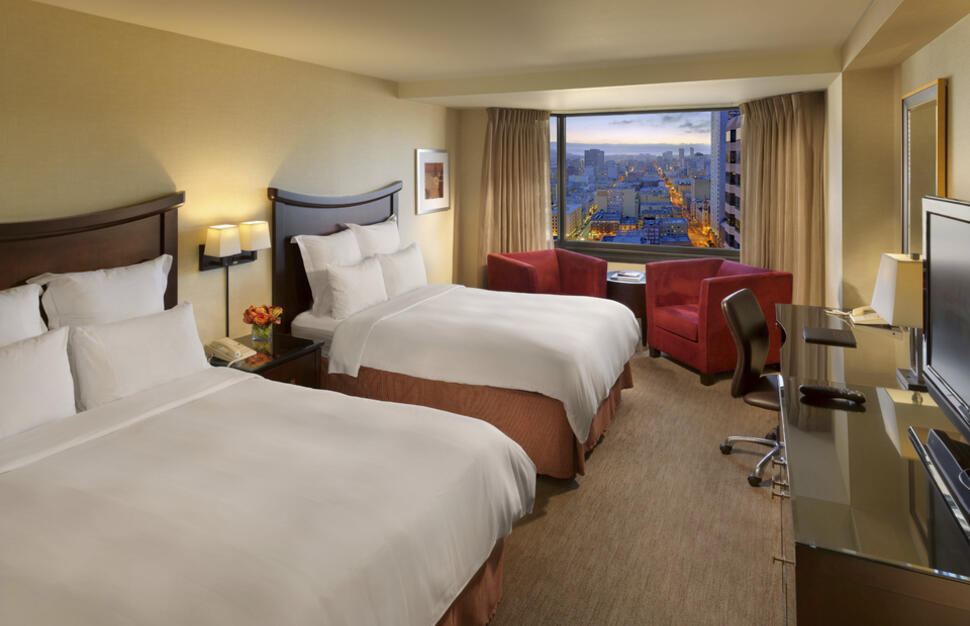 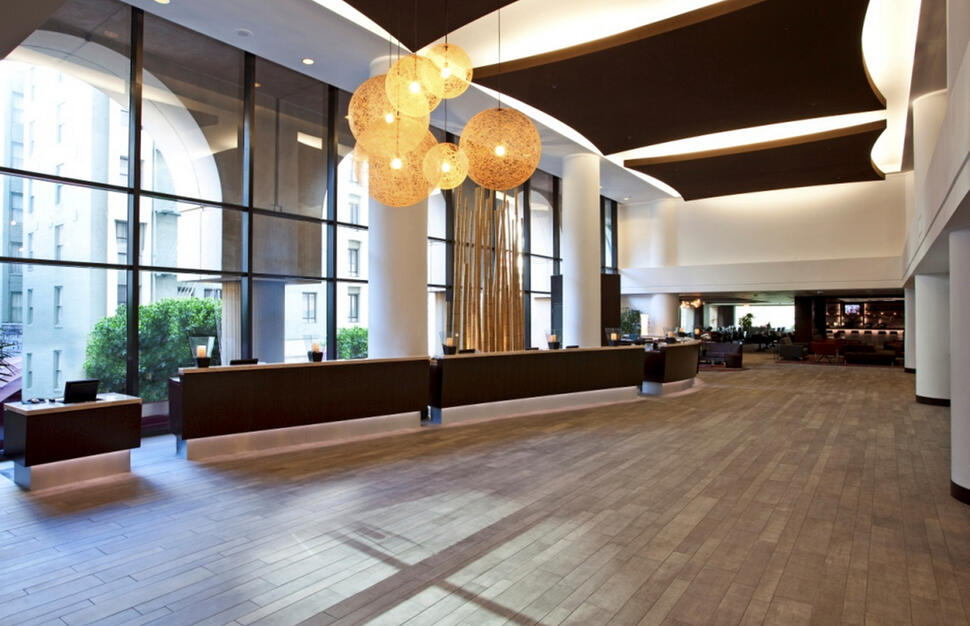 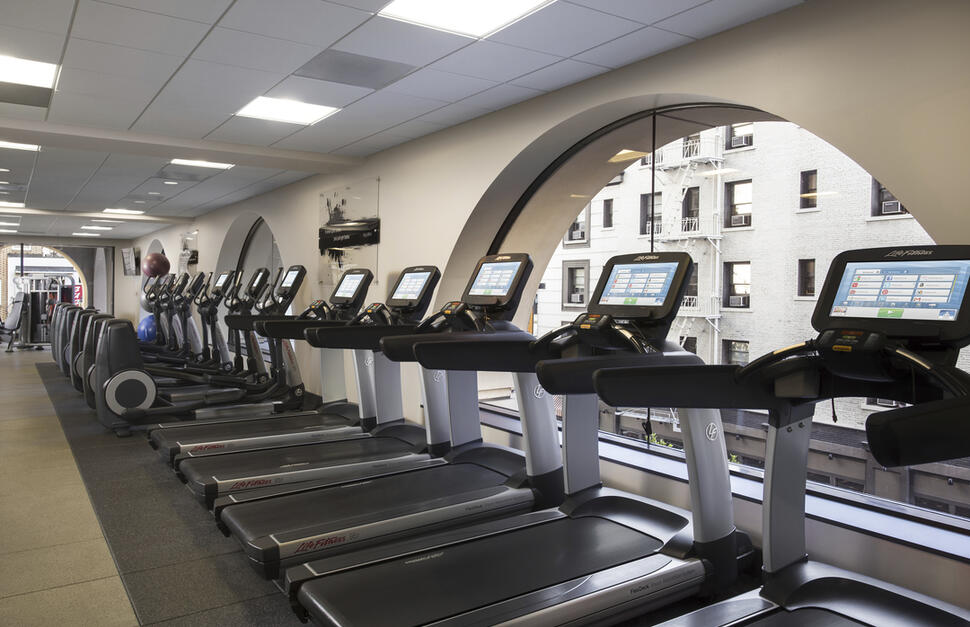 One for shopaholics and sightseers alike, Parc 55 San Francisco is easy shopping-bag-hauling distance from Union Square — the only question is, do you hit the big-name brands of the nine-storey Westfield mall or the one-of-a-kind boutiques around the square? Its address also puts you a quick hop from Powell Street’s cable car turnaround, Yerba Buena Gardens, and Chinatown. Once you’ve filled your suitcase and your camera’s memory, you can enjoy the locally inspired dishes of Cable 55 (with its equally local microbrews), and Thai treats of Kin Khao.

Just two blocks from Union Square, surrounded by some of the city’s best shopping, including the Westfield mall, Macy’s, and unique boutiques. It’s also right by the cable car turnaround on Powell Street, and a stroll from Yerba Buena Gardens, Moscone Convention Center, and Chinatown. Transfer time from San Francisco Airport: 25 minutes.

Skyline View King Rooms are on a higher floor with prime views and complimentary WiFi. Each has 1 king-size bed, sleeping maximum 2 adults.

Skyline View Double/Double Rooms are on a higher floor with prime views and complimentary WiFi. Each has 2 double beds, sleeping maximum 3 adults.