The famous architect Frank Lloyd Wright once quipped, “What I like best about San Francisco is San Francisco.” That seems to say it all. A combination of classic and quirky, icons and the iconoclastic.  And somehow it all works together. Just like peanut butter and jelly. No matter your sexual orientation, race, creed or quirks; this is a place to be yourself and feel welcome.

2017 ushers in the 50th anniversary of the Summer of Love and is the perfect time to visit San Francisco, the city that was and continues to be a magnet for counterculture.

Any day of the year, visitors and locals may experience the spirit of the free love movement of 1967 by exploring San Francisco’s many neighborhoods, including the famous Haight Ashbury, through a variety of exhibitions, performances, lectures, and symposia celebrating the art, music and history that marked a radical new movement, eventually embraced by the rest of the world.

Top 6 things not to miss

The Golden Gate Bridge
Once called "the bridge that couldn't be built," today it is one the seven wonders of the modern world. This magnificent span, one of the USA’s most famous landmarks, opened in 1937 after a four-year struggle against relentless winds, fog, rock and treacherous tides. 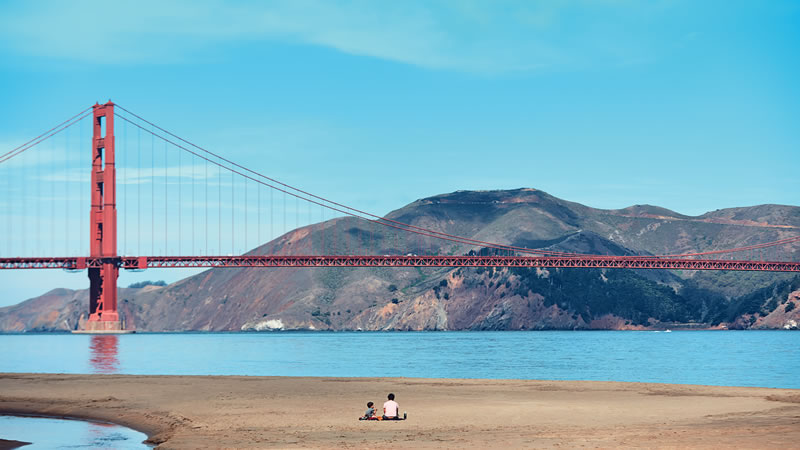 Cable Cars
San Francisco is one of the few places in the world where people can ride on a national historic landmark. The cable cars are the world's last permanently operational cable car system.


Alcatraz
A mile and a half from Fisherman's Wharf, Alcatraz was the site of the first lighthouse built on the Pacific Coast, then a federal prison for notorious convicts such as Al Capone. Now it is one of the city's most popular attractions. Booking tickets in advance is required, visit sftravel.com for more info.


Chinatown
Built near Portsmouth Square, the historic heart of San Francisco, Chinatown is the oldest and largest in the United States.

PIER 39
From amazing views and a sea of sea lions, to chowder bread bowls and California wines, your visit to San Francisco starts at PIER 39 in the heart of iconic Fisherman’s Wharf. PIER 39—the most visited destination in San Francisco—offers two levels of dining, entertainment, shopping and attractions, all surrounded by unbeatable views of the city and the bay.

Built on a culturally rich history and a pioneering artistic edge, there is something for everyone.

SFMOMA
Among the city’s most notable museums, art experiences and historically significant celebrations is the new San Francisco Museum of Modern Art (SFMOMA). Don’t miss the largest contemporary art museum in the world.

Light Art
As a center for creativity, innovation and invention, San Francisco has attracted the world’s most notable light artists like, well, moths to a flame. Don’t miss more than 25 spectacular exhibitions, free to the public.

Home to 50 Michelin star restaurants and more restaurants per capita than any other major city in the U.S., San Francisco is one of the hottest culinary destinations in the world. Local chefs excel at combining the best of local ingredients with authentic international flavors. Make your OpenTable reservations today.

San Francisco is home to many diverse, unique neighborhoods, all with their own flavor and areas for discovery. 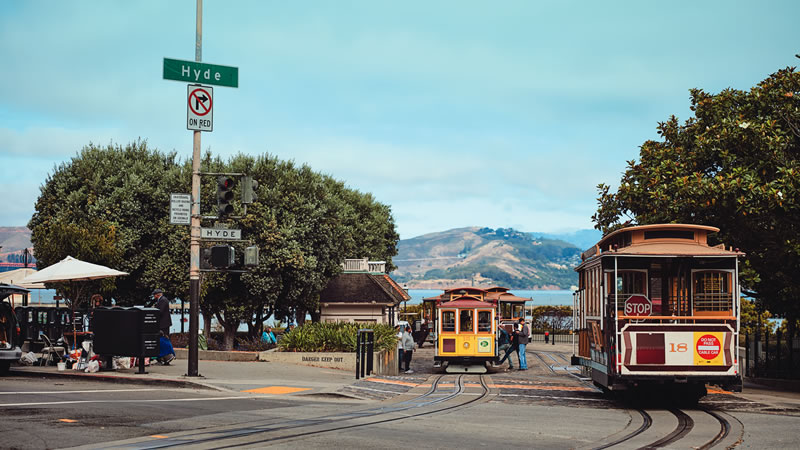 From “made in San Francisco” goods you can only get here to trendy threads from top fashion houses, including brands that started in San Francisco like Levis and Gap, there’s something for everyone.

A short drive outside the bright lights and bridges of San Francisco, the Bay Area is home to some of the best destinations in the world. Don’t miss Yosemite and Tuolumne for a majestic National Park experience, Monterey for stunning California coastline and beaches and, of course, you can’t miss the world famous Wine Country out in Napa Valley and Sonoma. Book tours to amazing destinations just beyond San Francisco with Extranomical Tours.

Upon arrival, you can take the BART train directly from SFO to the heart of the city. You can also take a cab, a Lyft or even rent a car. Getting around San Francisco without a car is effortless and can actually be easier than worrying about, or paying, for parking.

Check out our San Francisco offers »