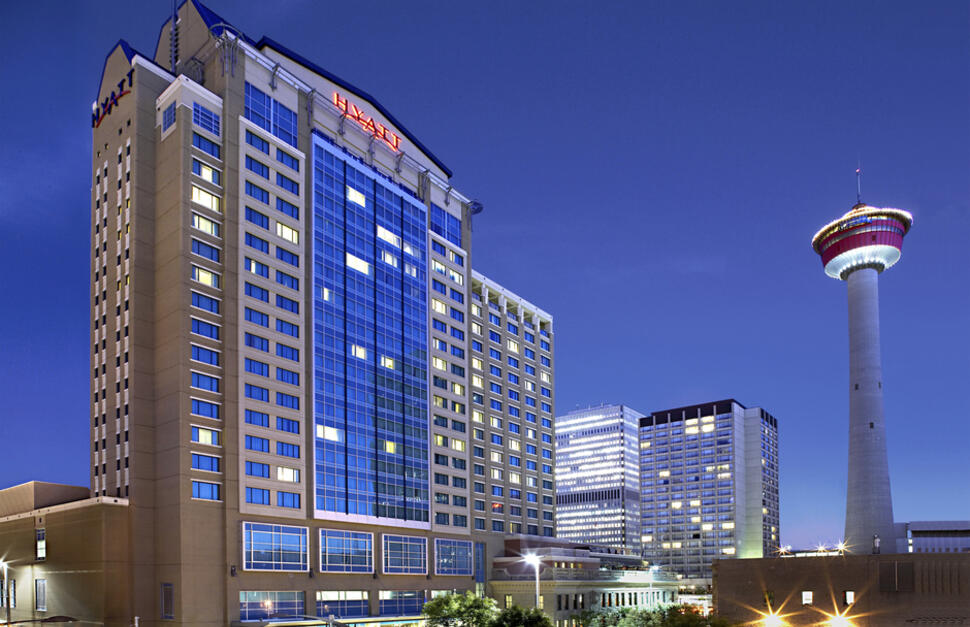 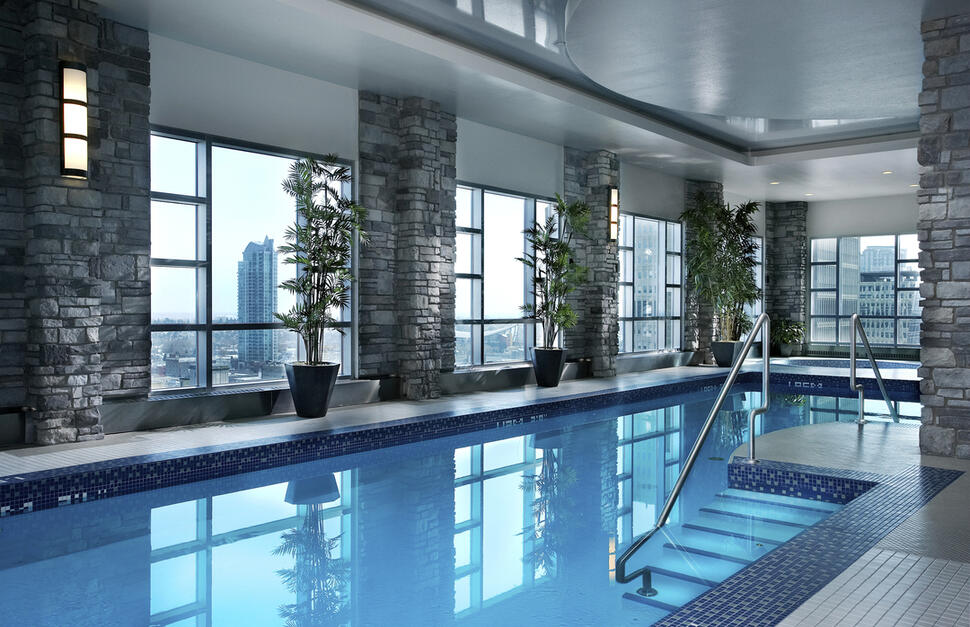 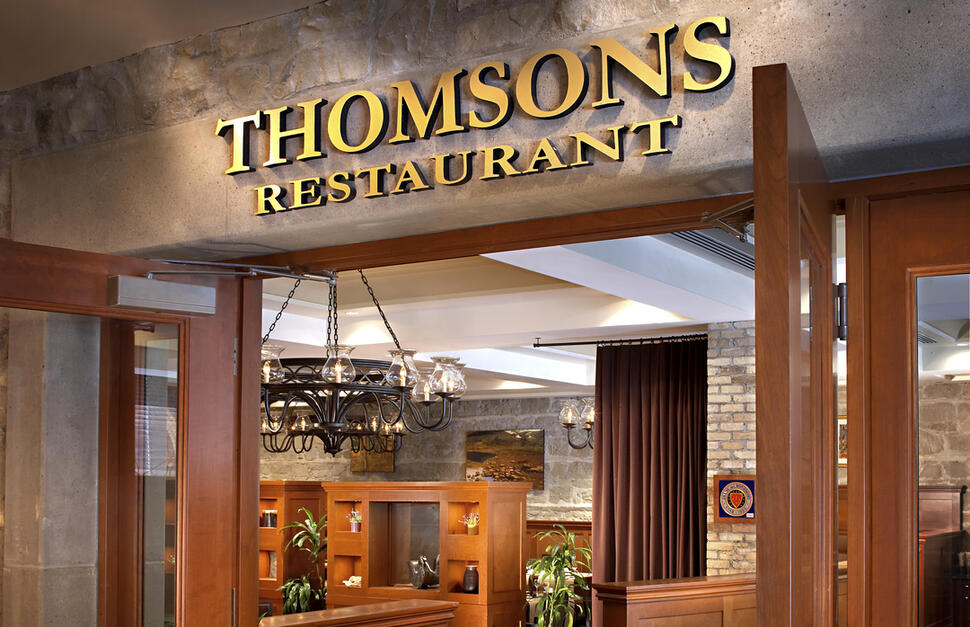 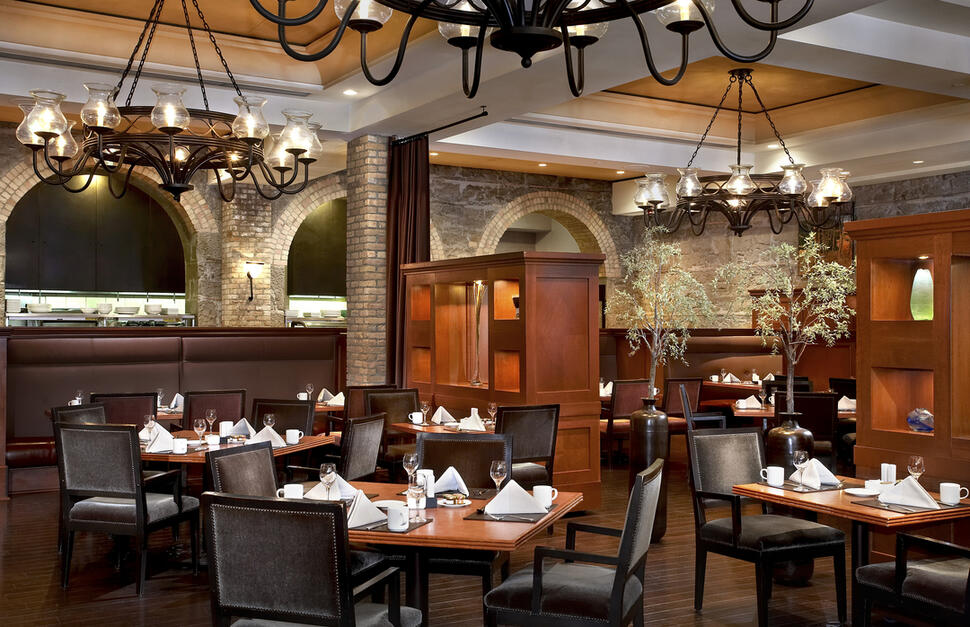 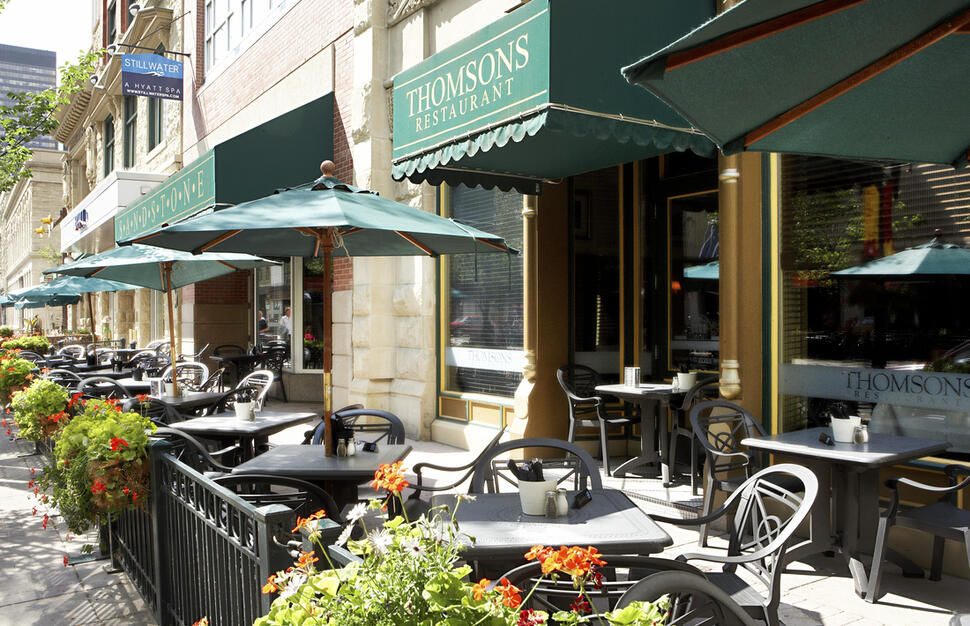 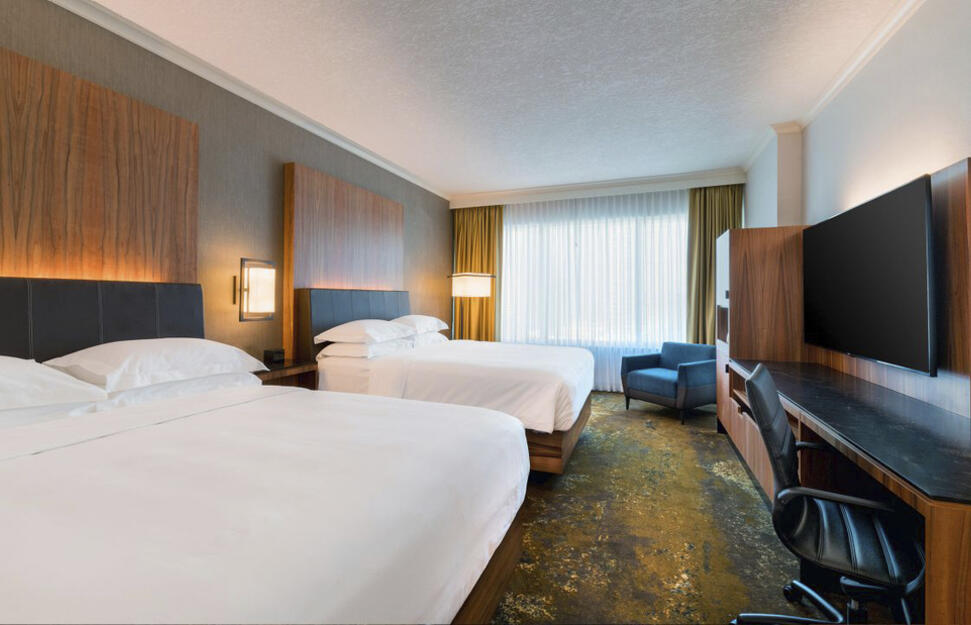 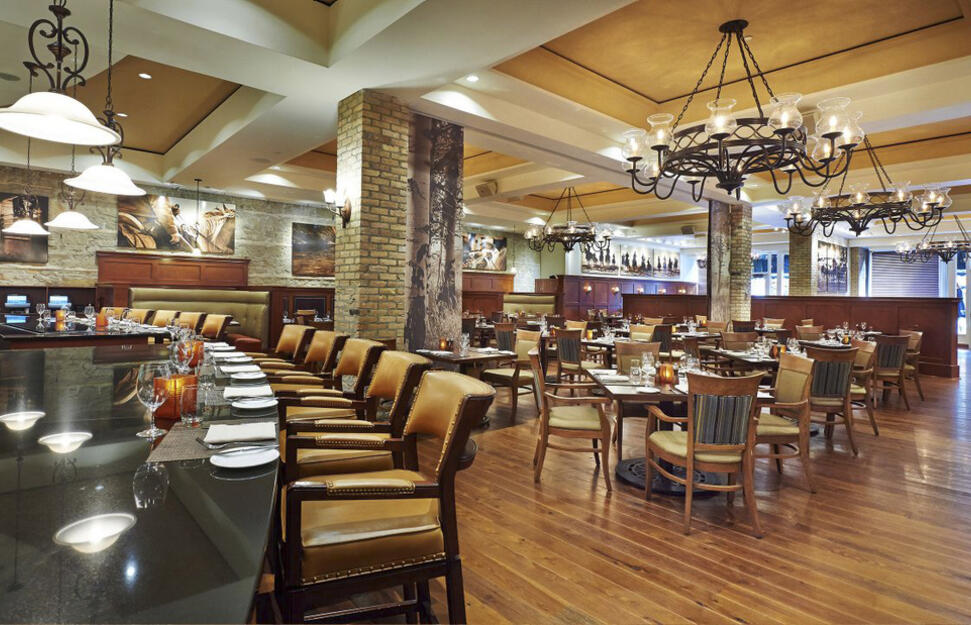 Dating to 1866, the lobby’s historic sandstone walls don’t get in the way of modernity at Hyatt Regency Calgary, where contemporary comforts come in the form of complimentary WiFi access, mod-con packed guestrooms, a 24-hour gym with Fitness Concierge, and the full-service Stillwater Spa. Hugging the TELUS Convention Centre, this urban utopia has downtown sights like Calgary Tower just down the street. You can even catch a glimpse of downtown Calgary while you’re at the indoor lap pool, with its accompanying hot tub and steam room. In fact, Calgary runs through every part of this hotel, with more than 500 pieces of original Canadian art curated and revealed to travellers to unveil the spirit of the town and nation — and with local flavours on the menu at its Thomsons Restaurant, and seafood at its Catch & the Oyster Bar.

Located in the heart of downtown, on Stephen Avenue Walk. Being next to the Calgary TELUS Convention Center, you'll have access to many downtown attractions, including the theatre district, historic buildings, restaurants, pubs, galleries, and luxury shopping. Transfer time from airport: 22 minutes.

The hotel was clean and the location was close to restaurants and shopping. The customer service at the hotel was exceptional and they were very helpful to make sure I was taken care of while I struggled with a leg injury.
hotel in a good central location and very convenient and near to shops and eating place. It is als, as well very near to the tram stop, although I did not take the tram. The rooms are well appointed and spacious. I like the thoughtful placement of plugs and charging points. The staff was very helpful.
Excellent hotel in downtown. Staff are very personable and treat the guests exceptionally well. Lots of amenities within walking distance. Room was clean and spacious, underground, although pricey is worth it for piece of mind knowing that my vehicle will be fine.
Centrally located, easy underground parking. Lots of restaurants, shopping and attractions within walking distance. Pool/ fitness on 18th floor with great views. Beds are super comfortable (no microwaves)
We have stayed at the Hyatt downtown Calgary many times and have always had a great experience. We are confident that we are getting exactly what is expected for the competitive rate or better. It's always super clean and comfortable.
Back