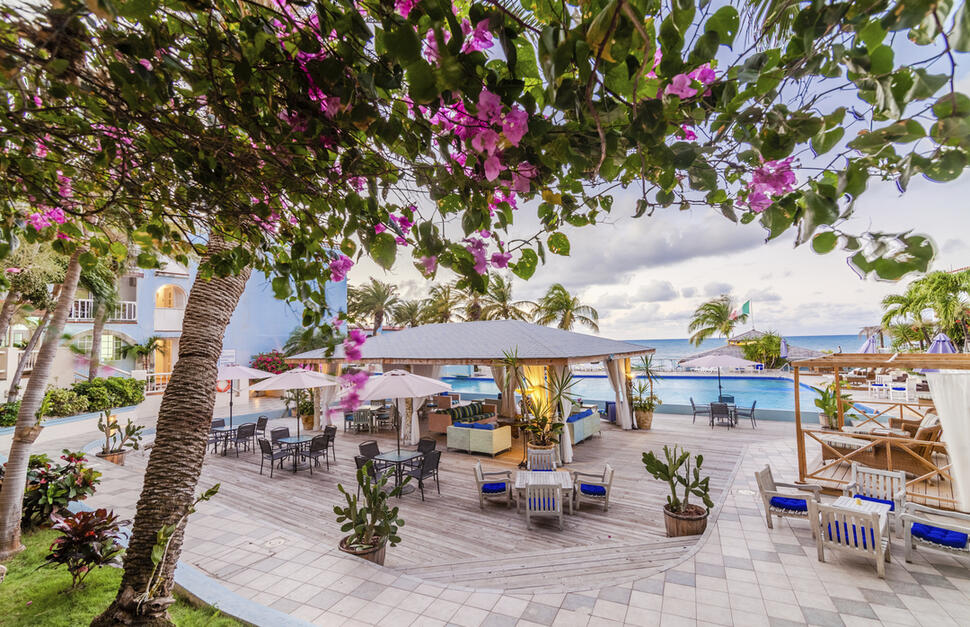 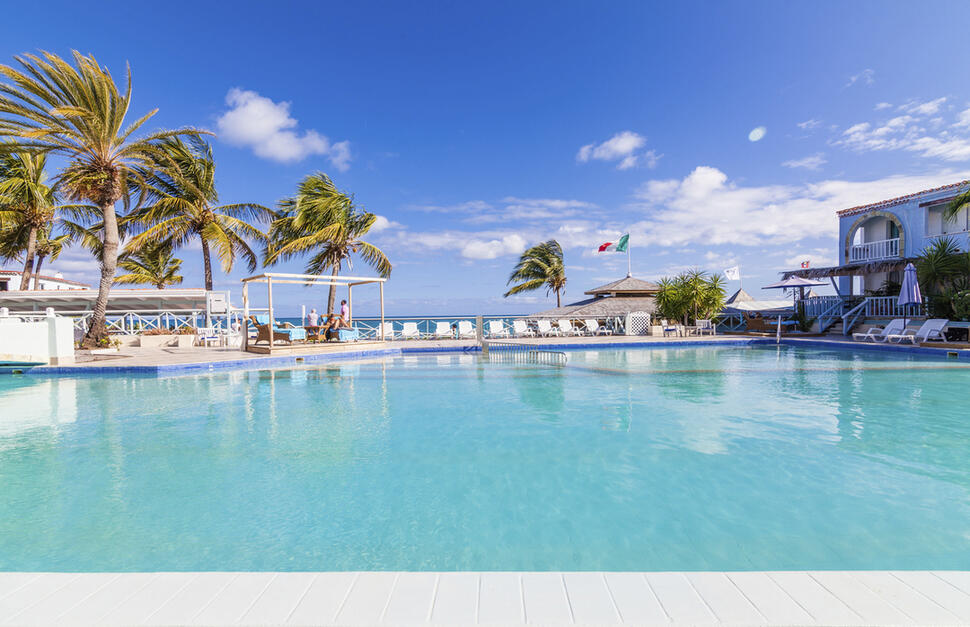 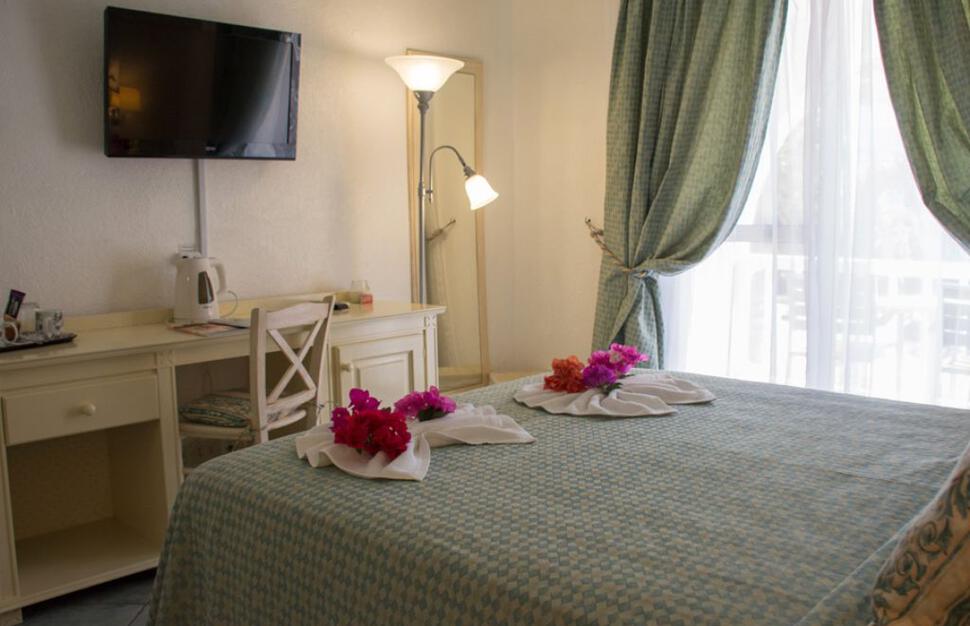 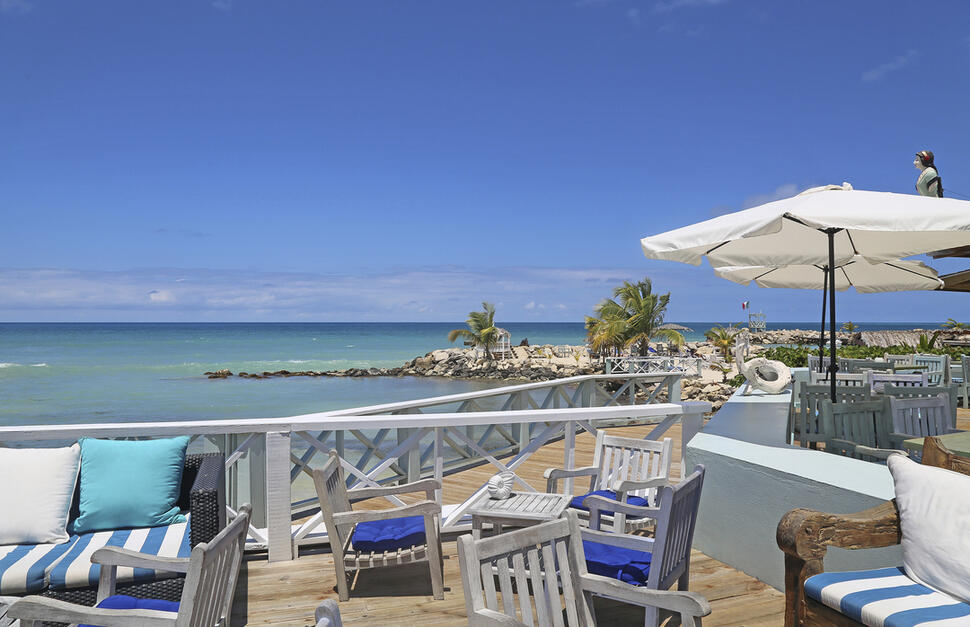 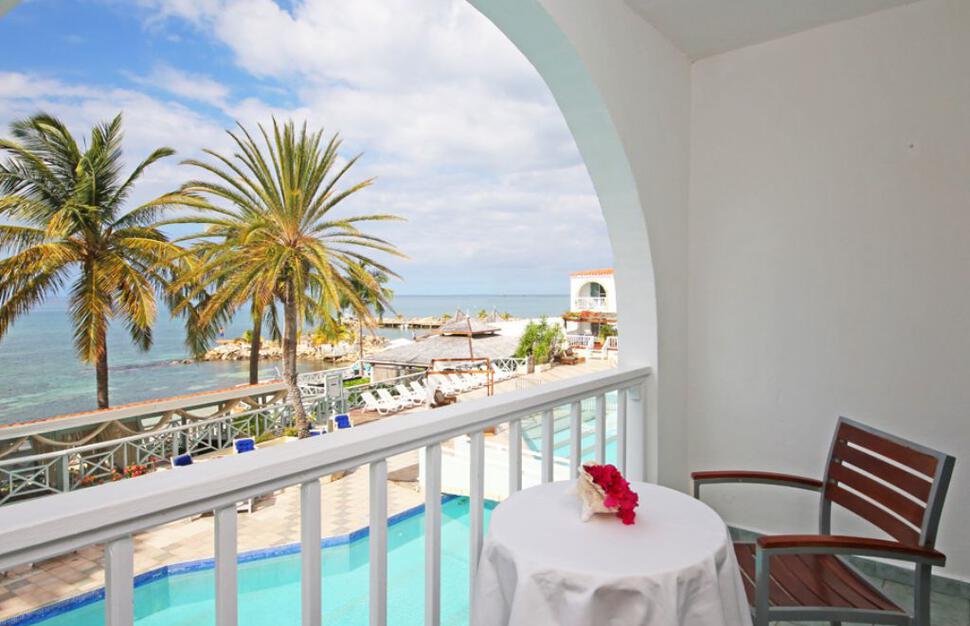 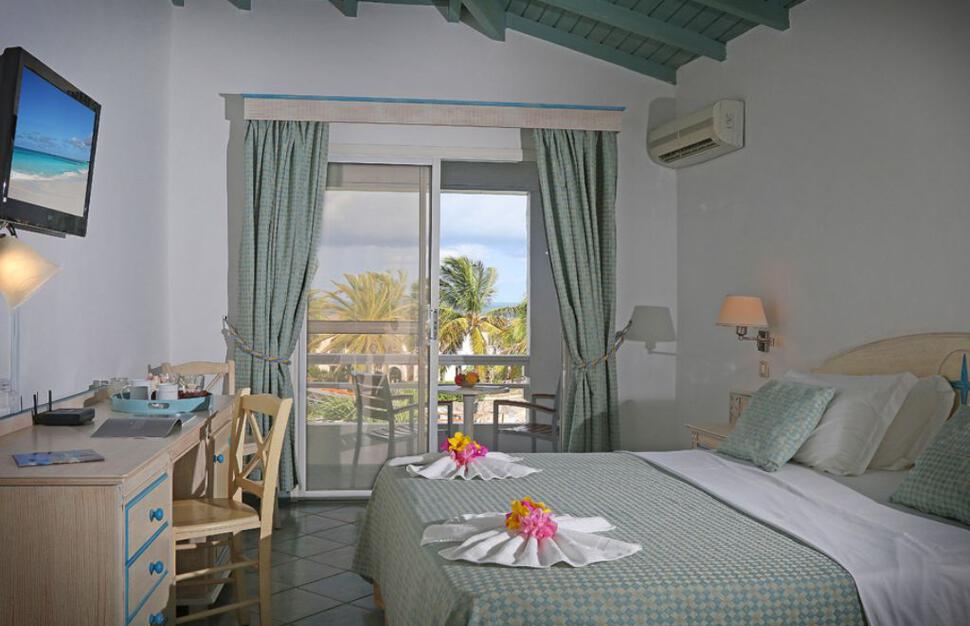 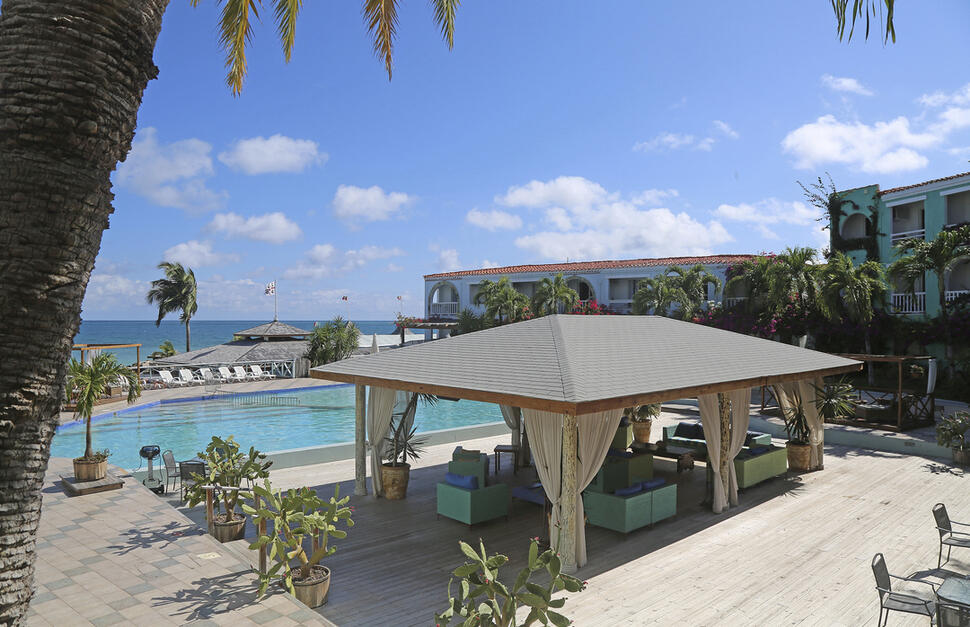 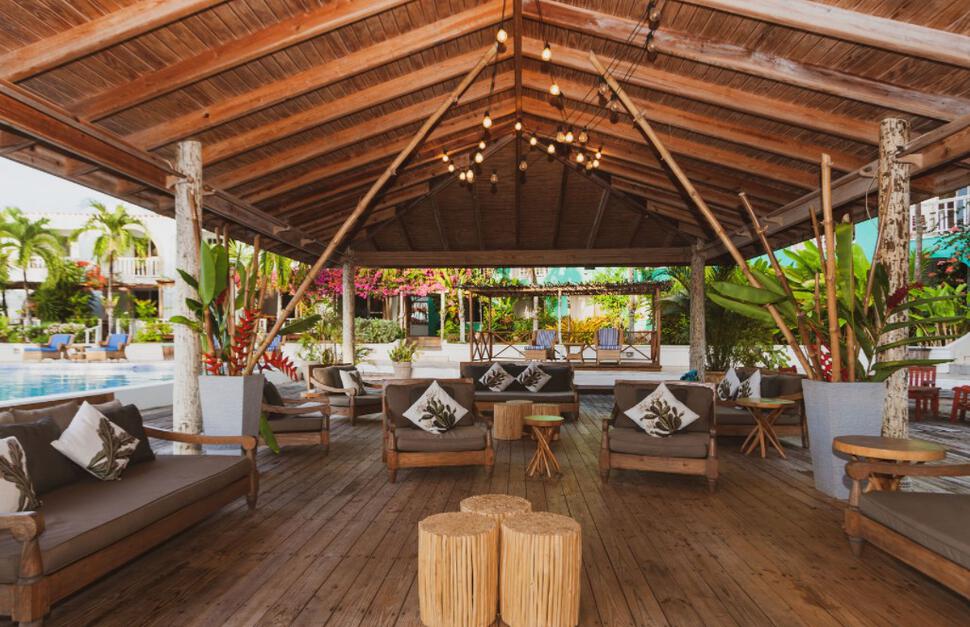 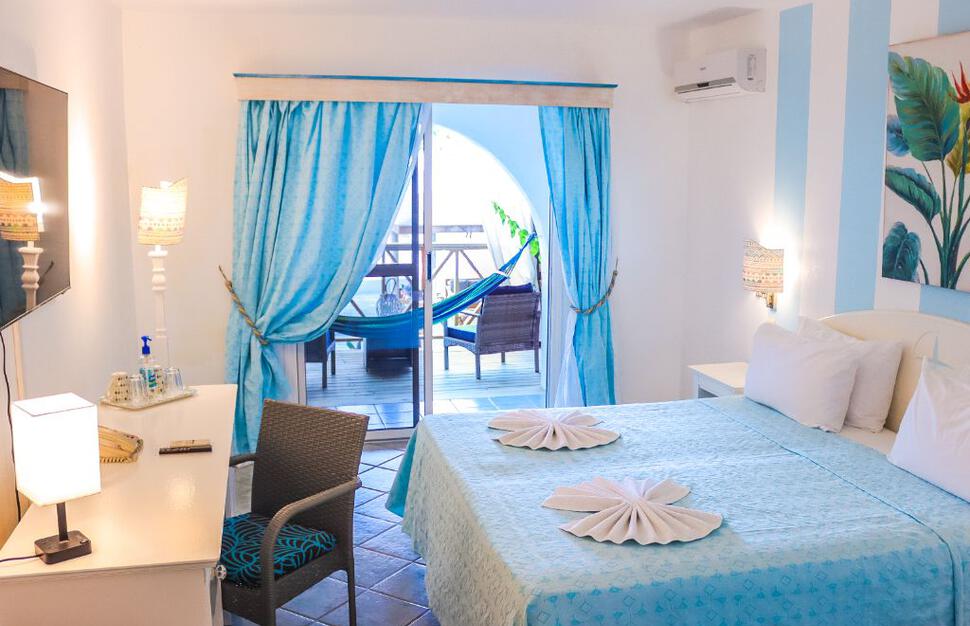 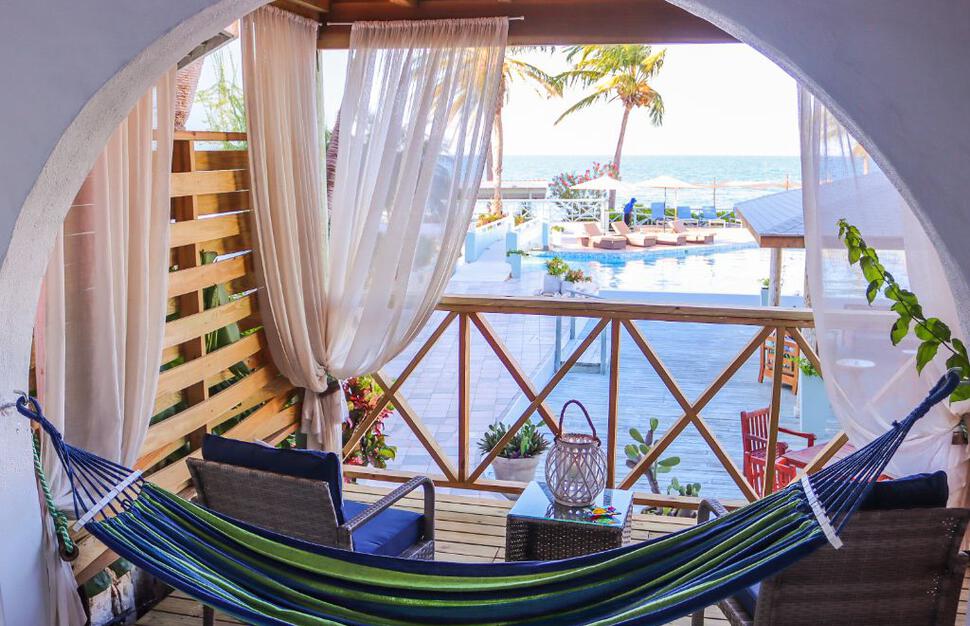 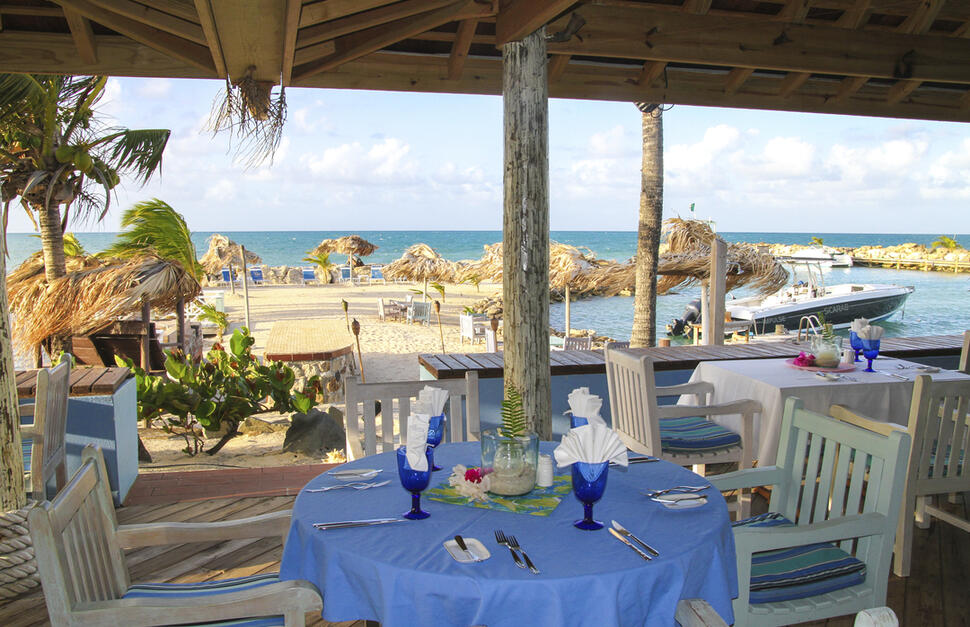 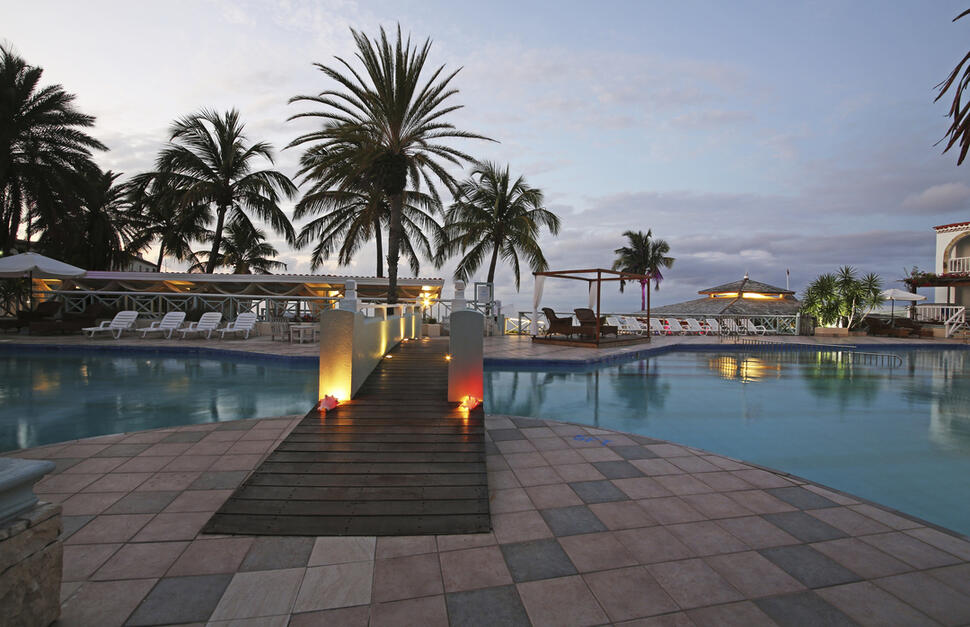 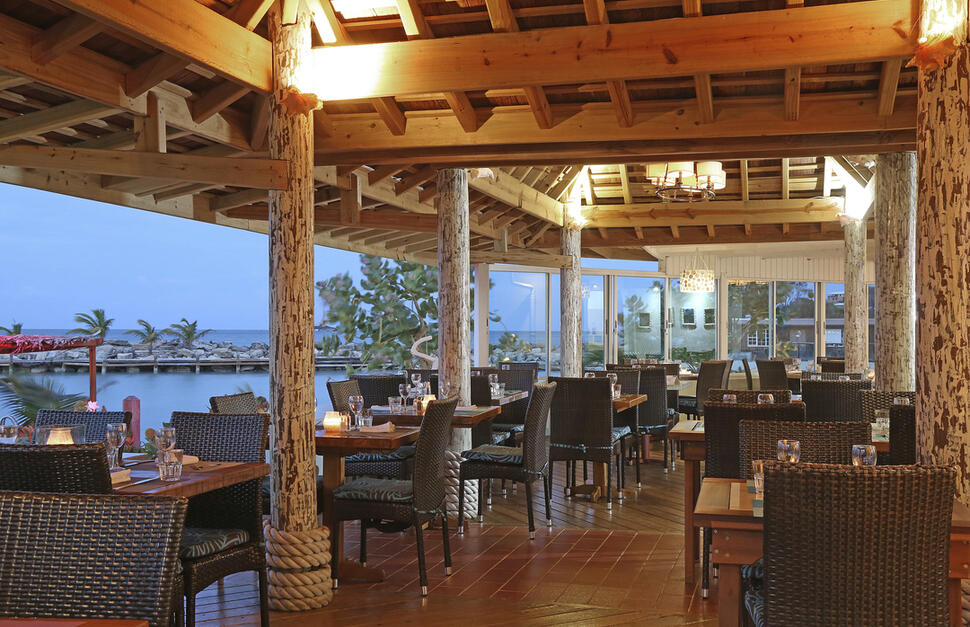 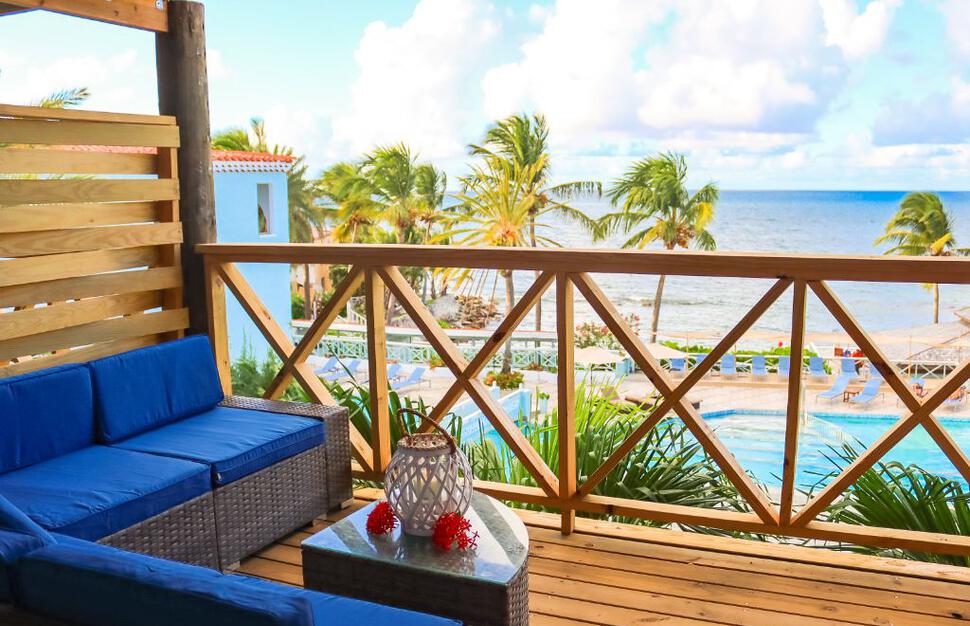 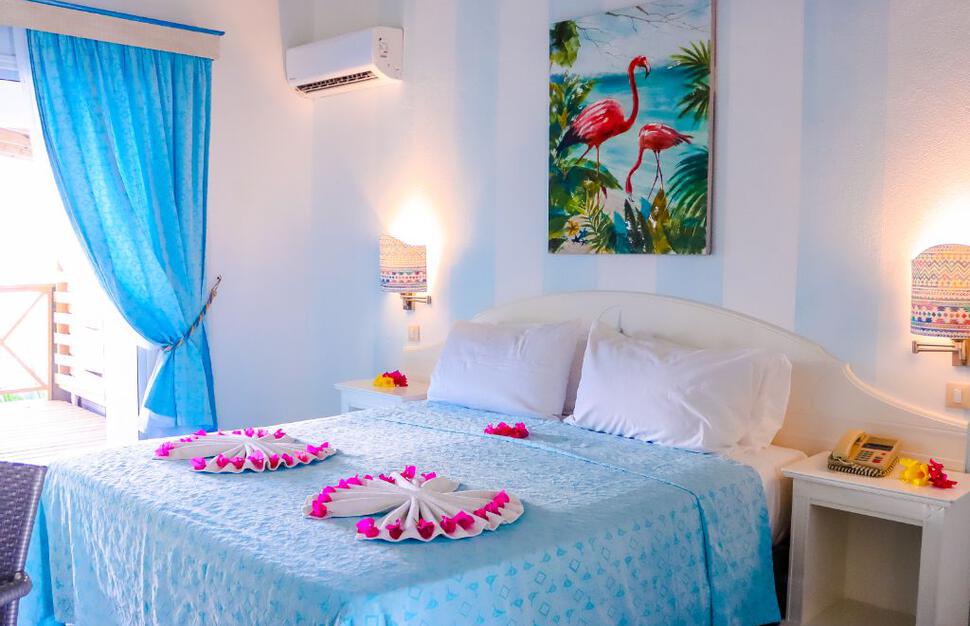 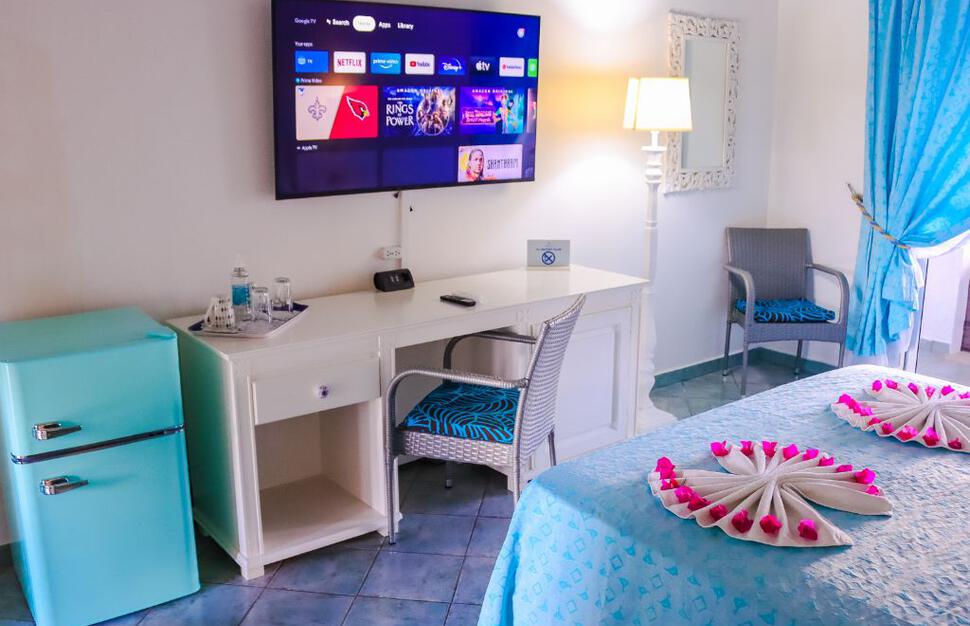 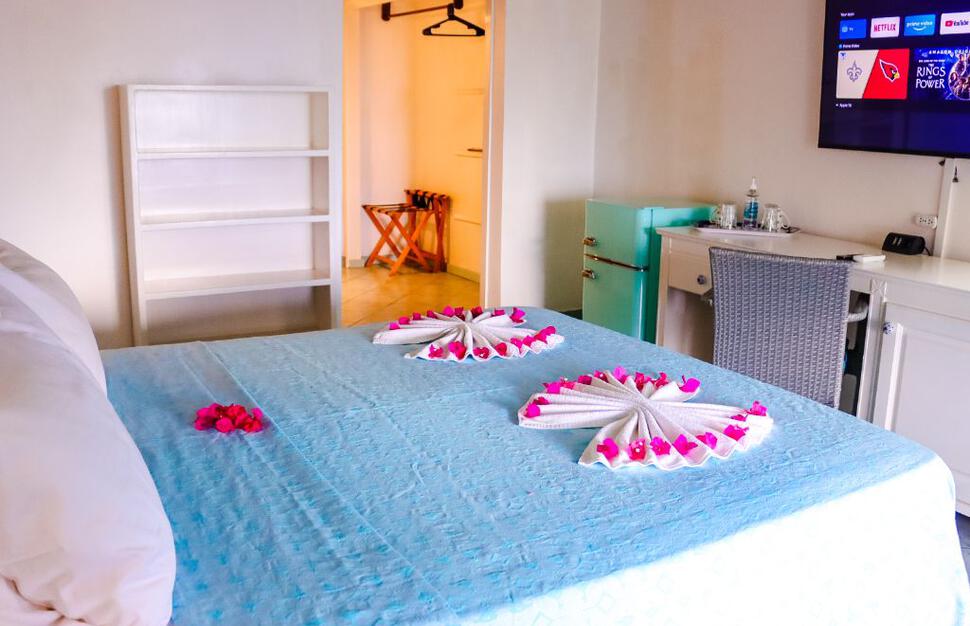 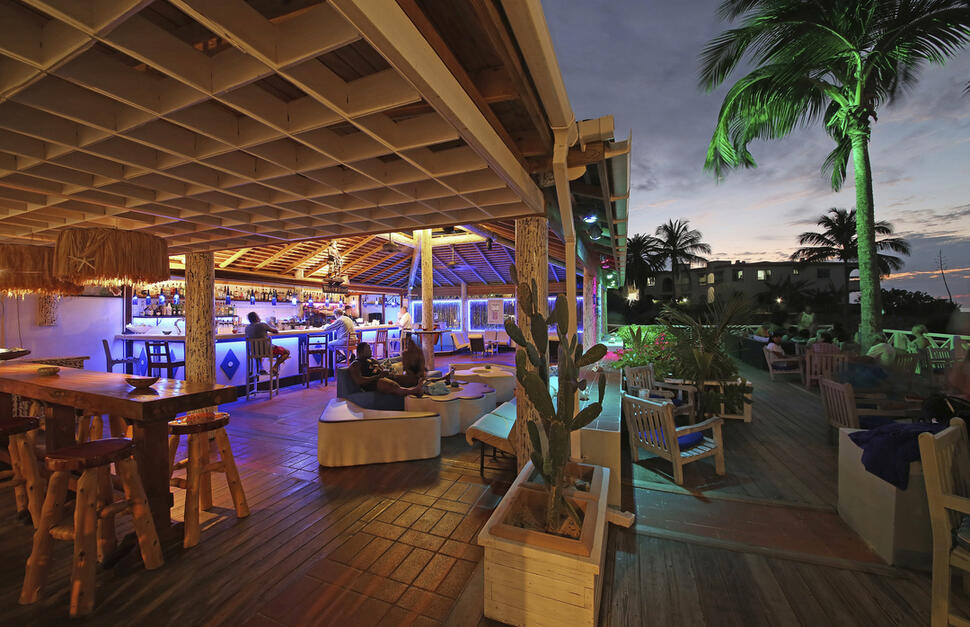 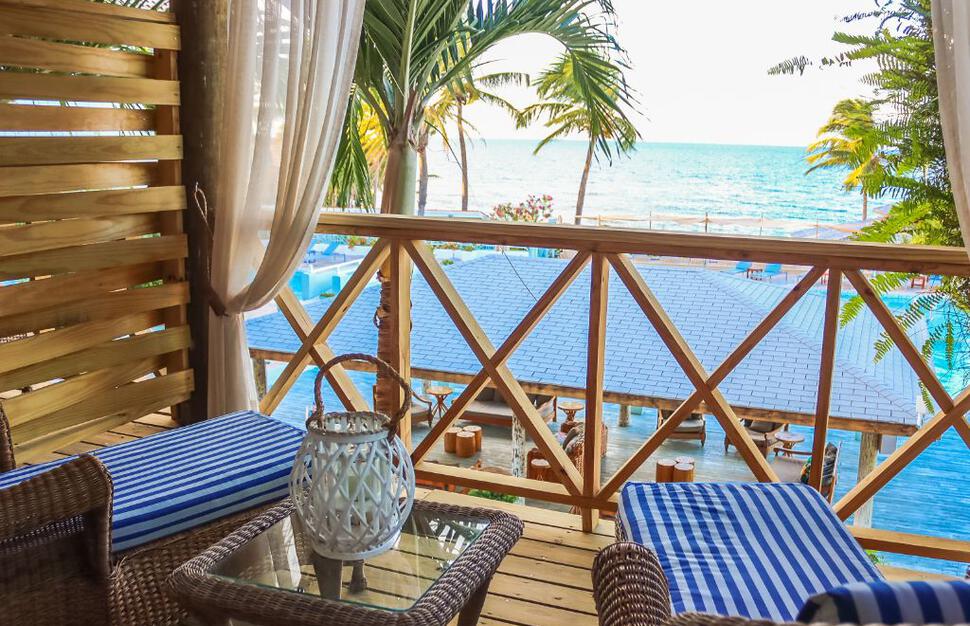 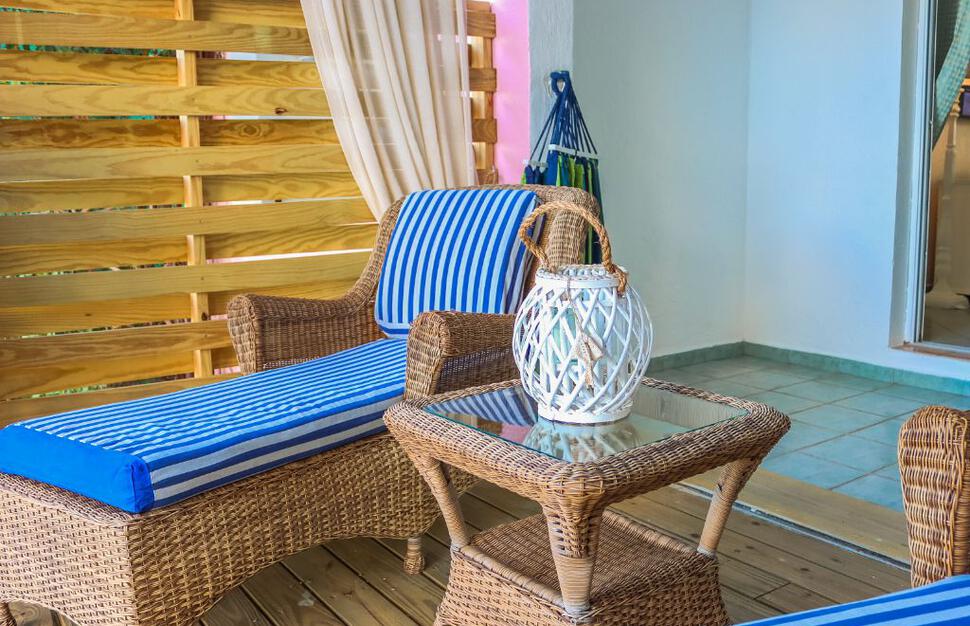 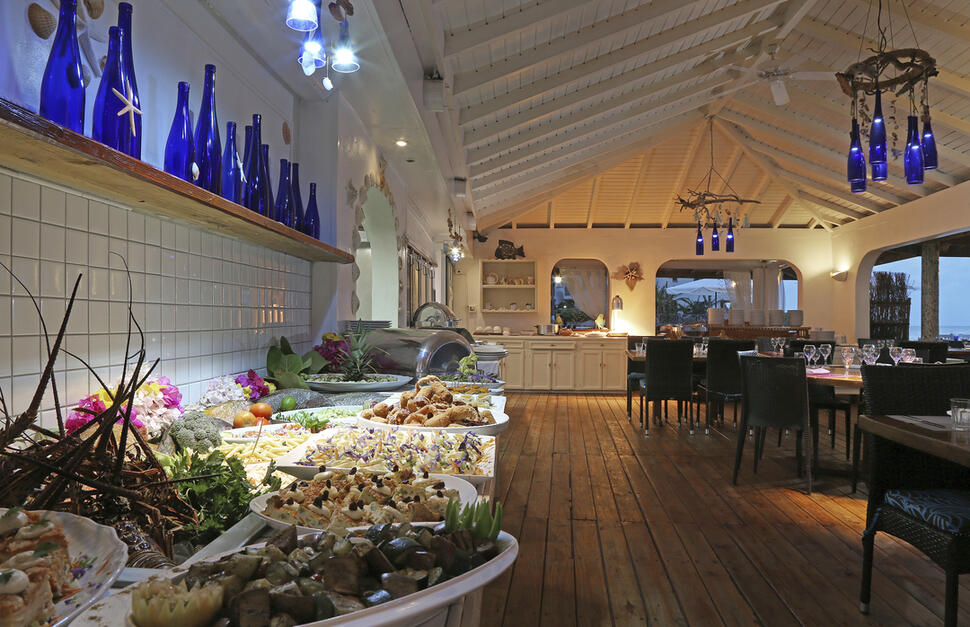 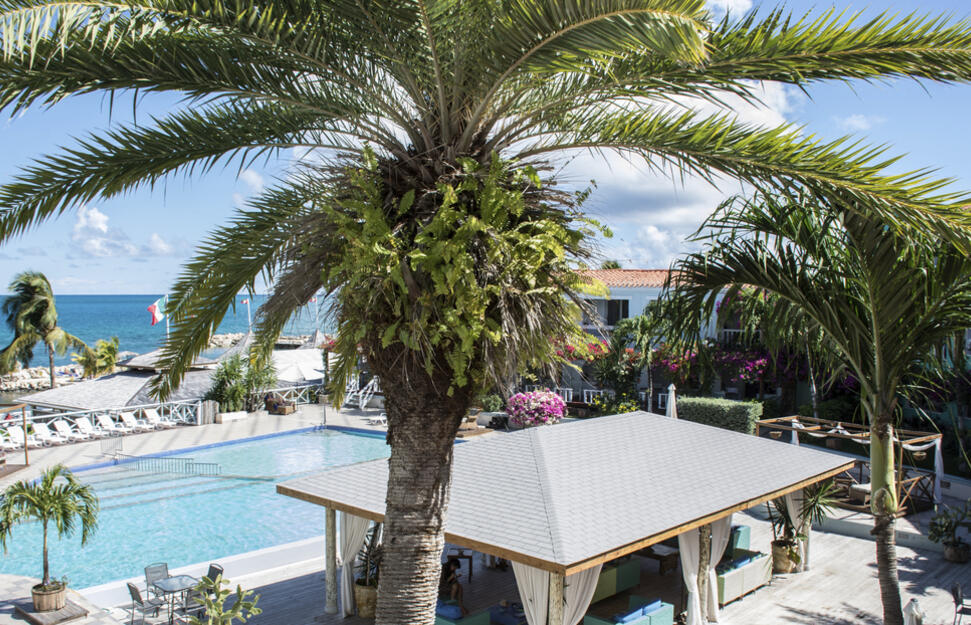 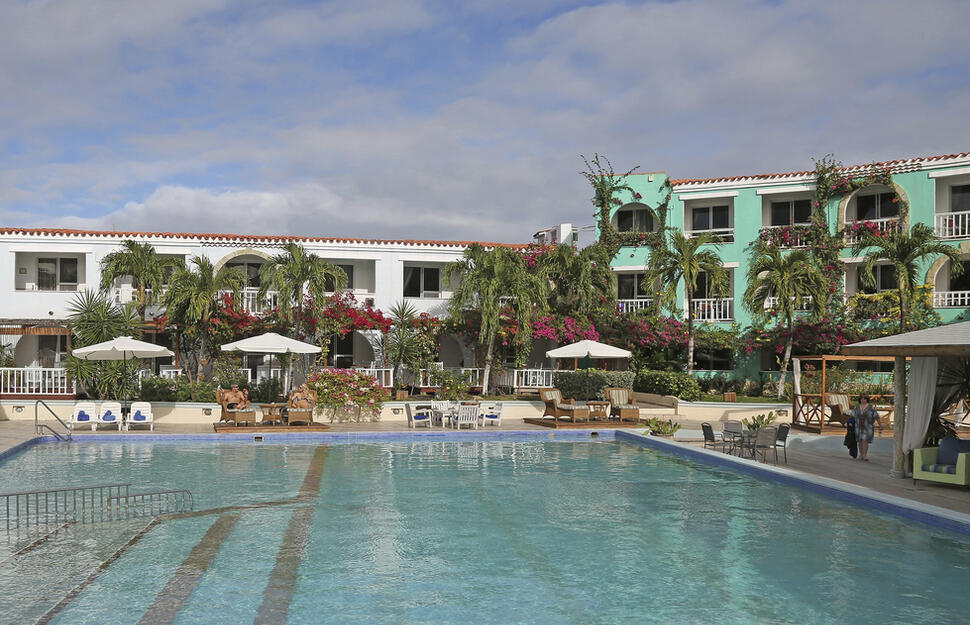 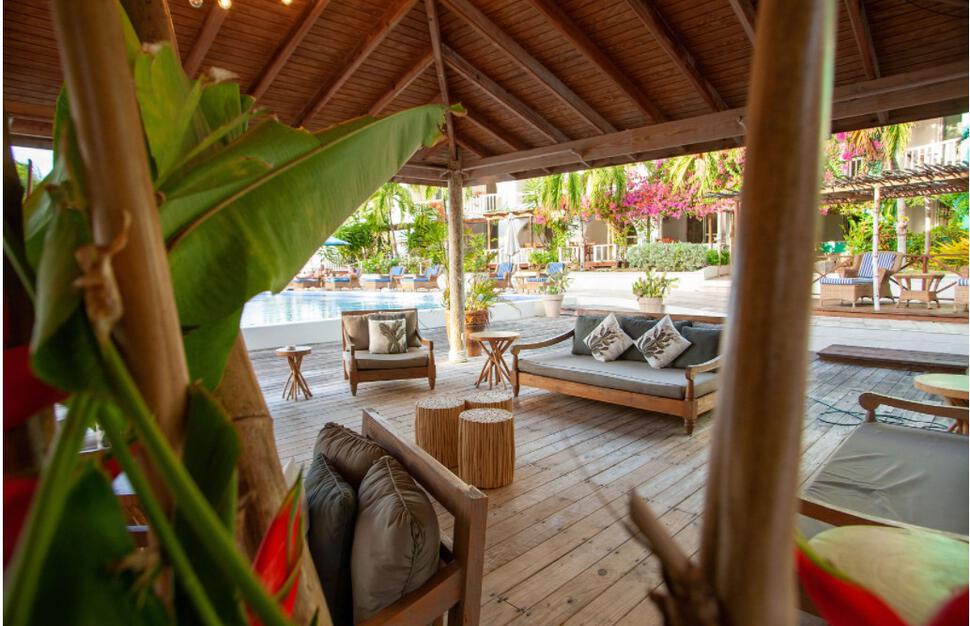 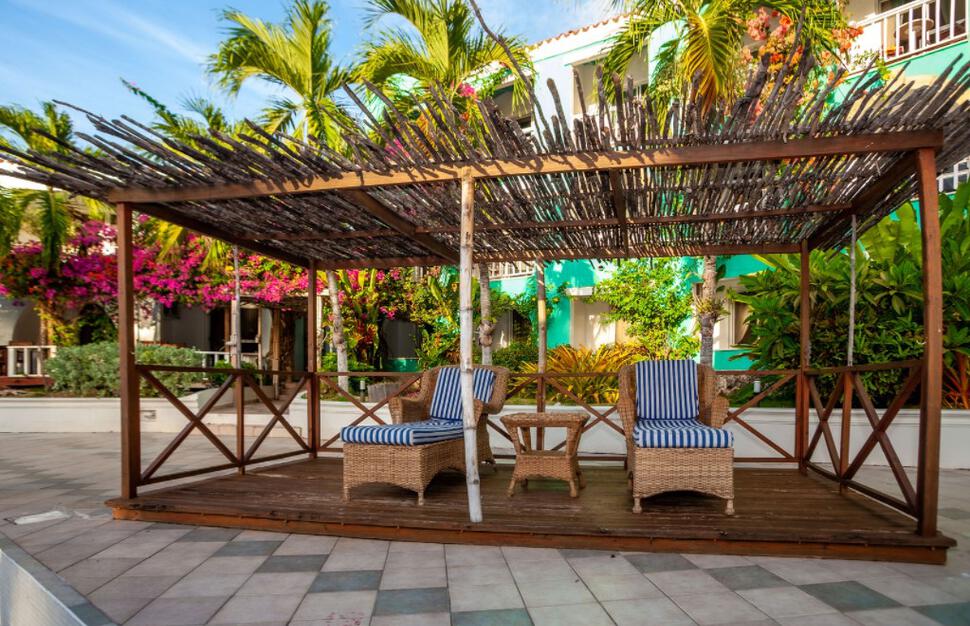 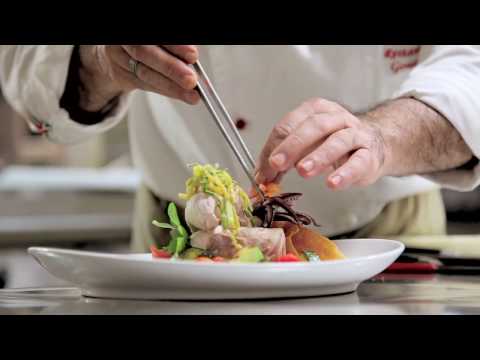 At times you’ll get the impression you’re in the heart of Italy – at others there’s no denying you’re in the Caribbean. Exclusively for adults, Ocean Point Resort & Spa is a kick-off-your-flip flops fusion of the idyllic Med and the exotic Tropics. From its gardens, where bougainvillea grows among palm trees, to its fabulous Sottovento Beach Club, where the Italian chef lovingly conjures up tastes of his homeland from fresh island produce – as you dine just steps from the sea. This may be a far cry from home, with its huge beachfront pool and two seductively sandy coves, but the family owners have created a truly homely space, complete with a resident cat and dog, informal yet comfy guest rooms, and day trips to Antigua’s Prickly Pear Island for snorkelling and turtle spotting.

Rooms are decorated in a Mediterranean style, and all have a 32" flat-screen TV, fridge with two bottles of water, air-conditioning, hairdryer, safe and a private verandah or balcony. Garden View Rooms are located on the ground floor with views of the tropical gardens, 1 king-size or 2 single beds, sleeping maximum 2 adults.

All Inclusive of: à la carte meals, snacks, alcoholic and non-alcoholic beverages. All entertainment and activities unless otherwise stated.

Ocean View Rooms are located on the first/second floors and enjoy a partial view of the sea, 1 king-size or 2 single beds, sleeping maximum 2 adults.

Ocean Front Rooms are located on the second/third floor of the hotel and offer full views of the sea, 1 king-size or 2 single beds, sleeping maximum 2 adults.

Sottovento Beach Club (beachfront restaurant and bar serving Italian and Mediterranean cuisine, open for breakfast, lunch and dinner). All meals are à la carte and will be waiter served.

Please note: this is an adults-only resort, for guests ages 16 and over only.