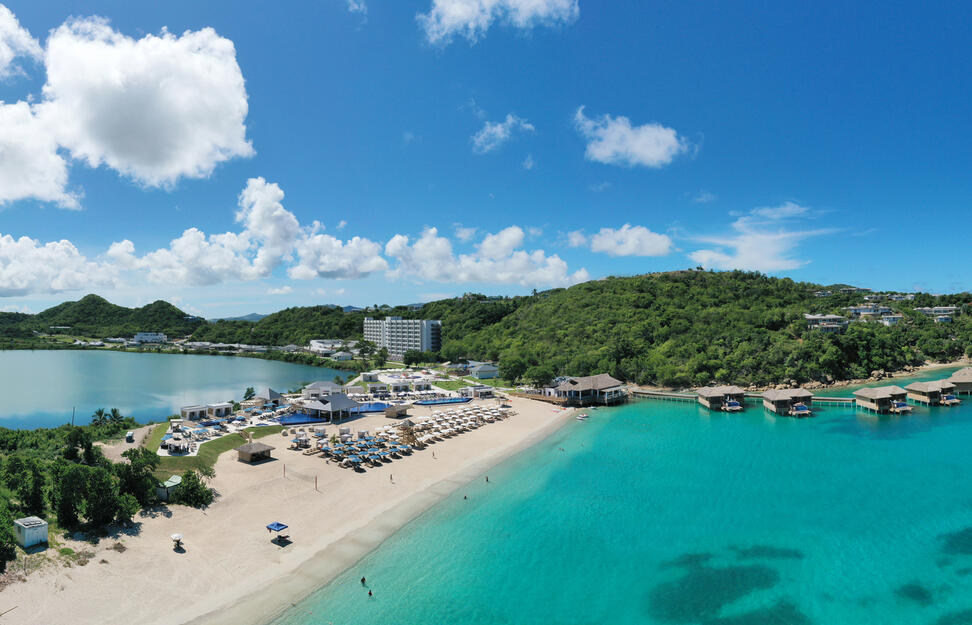 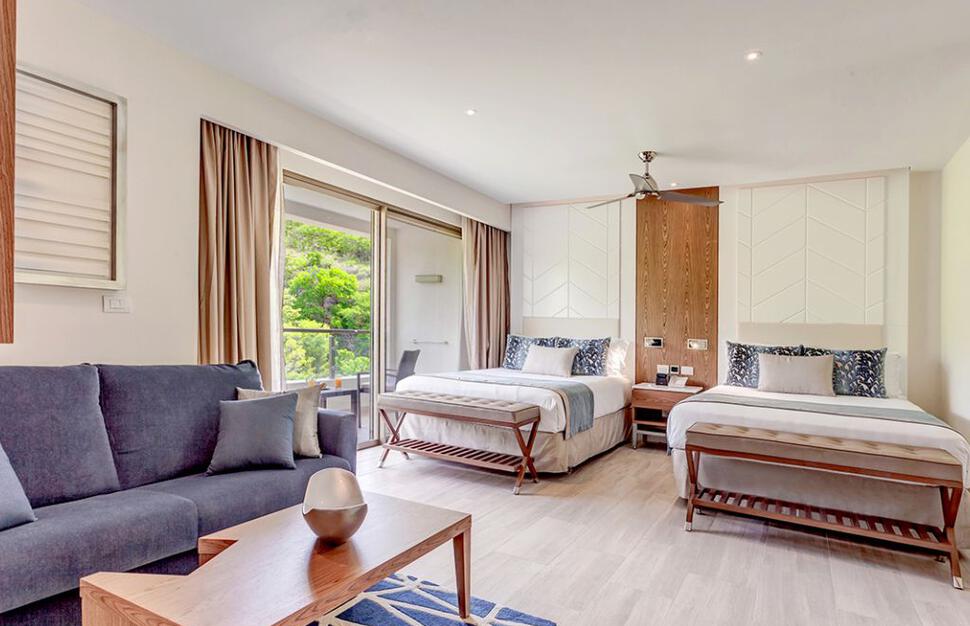 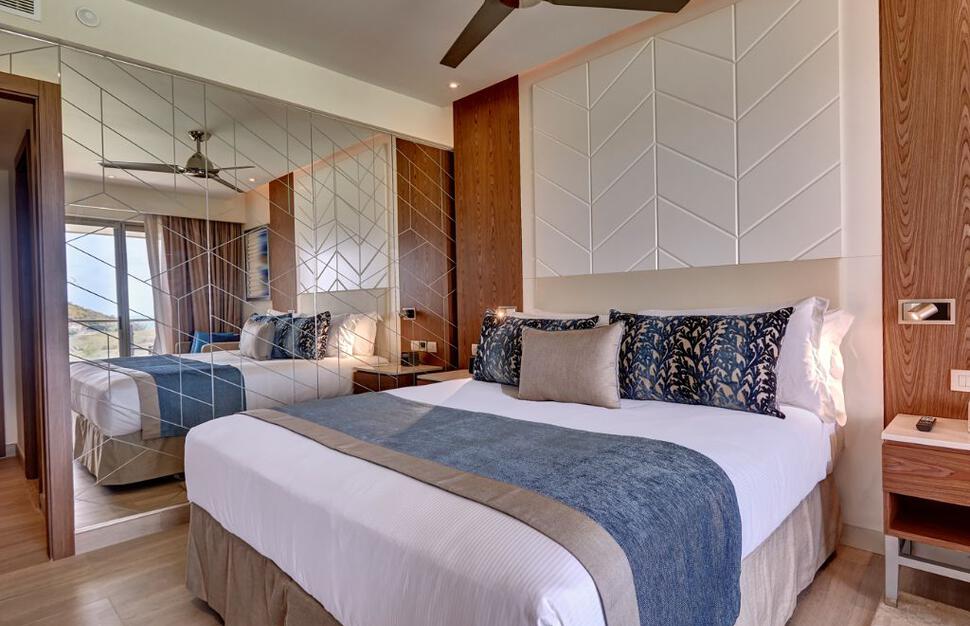 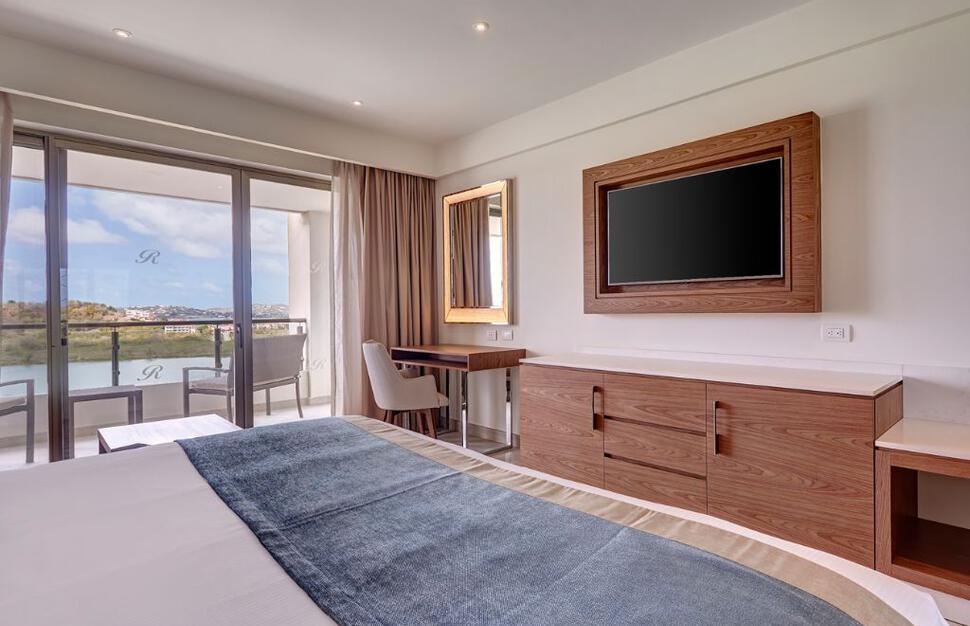 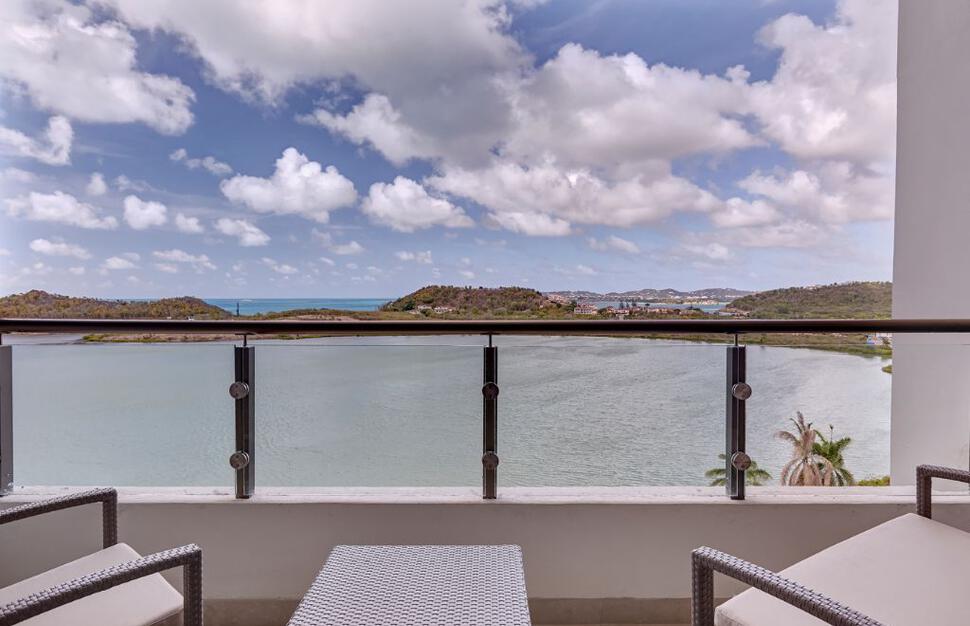 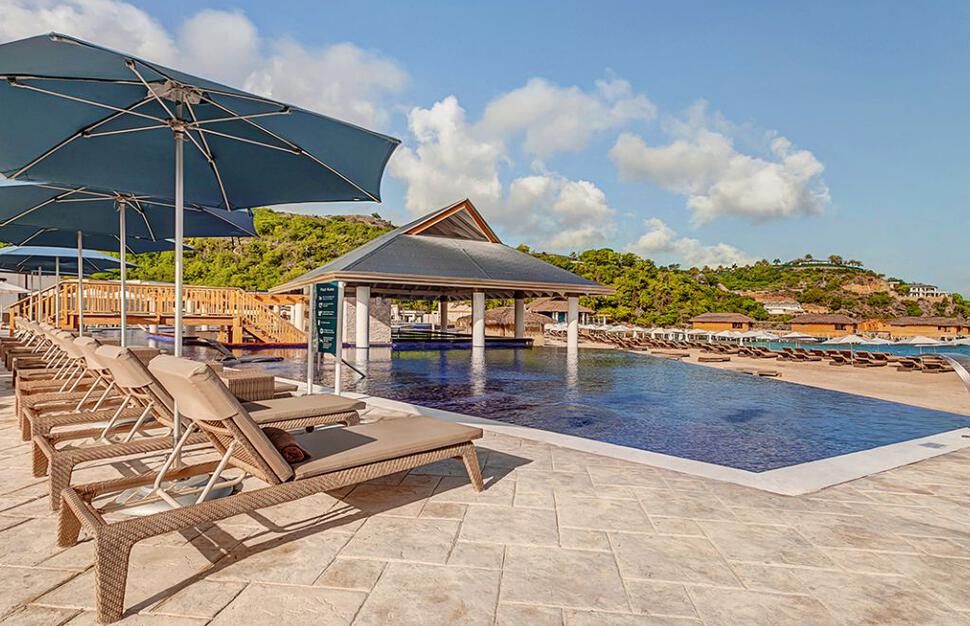 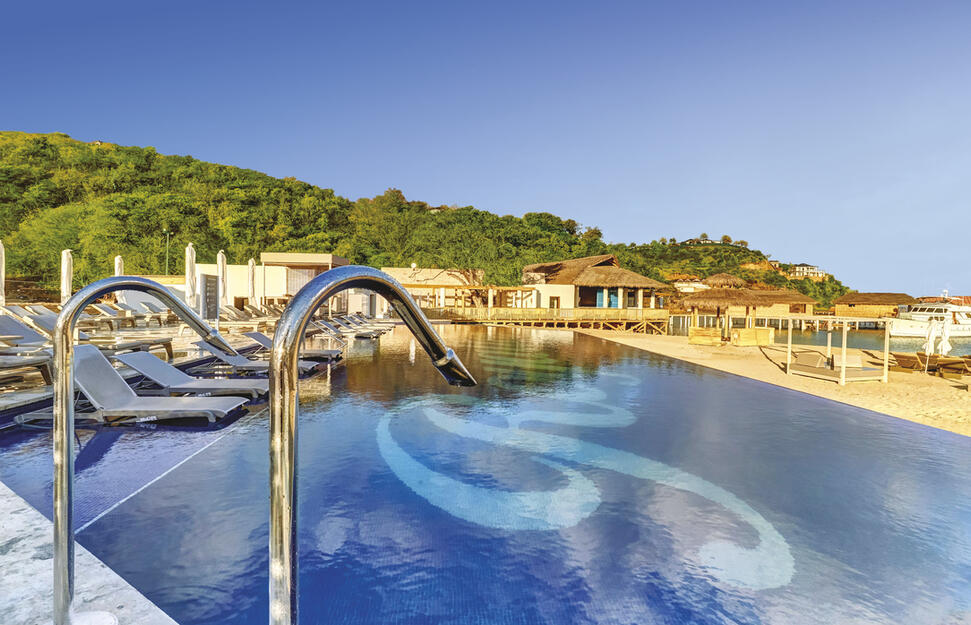 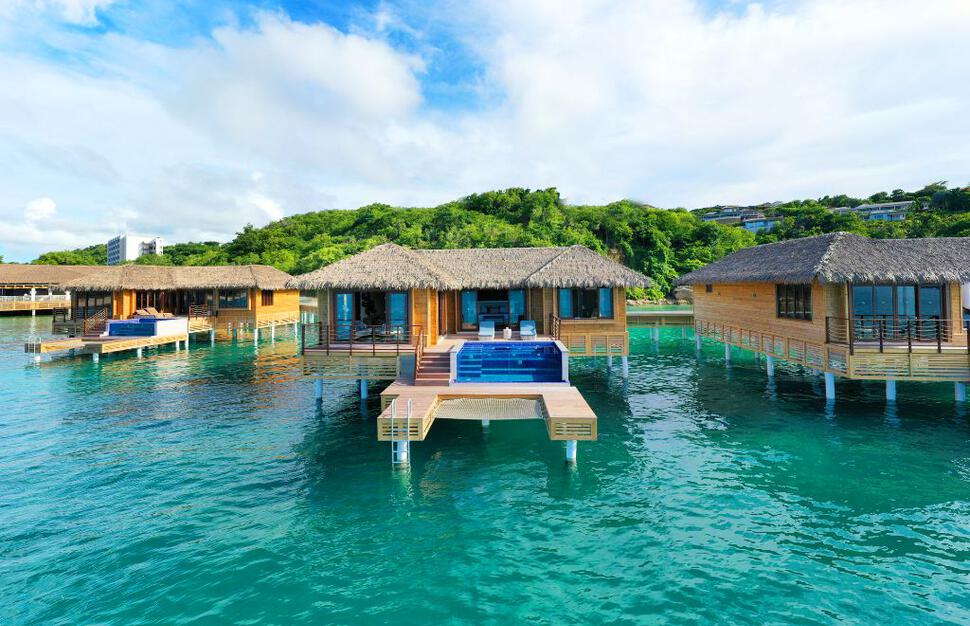 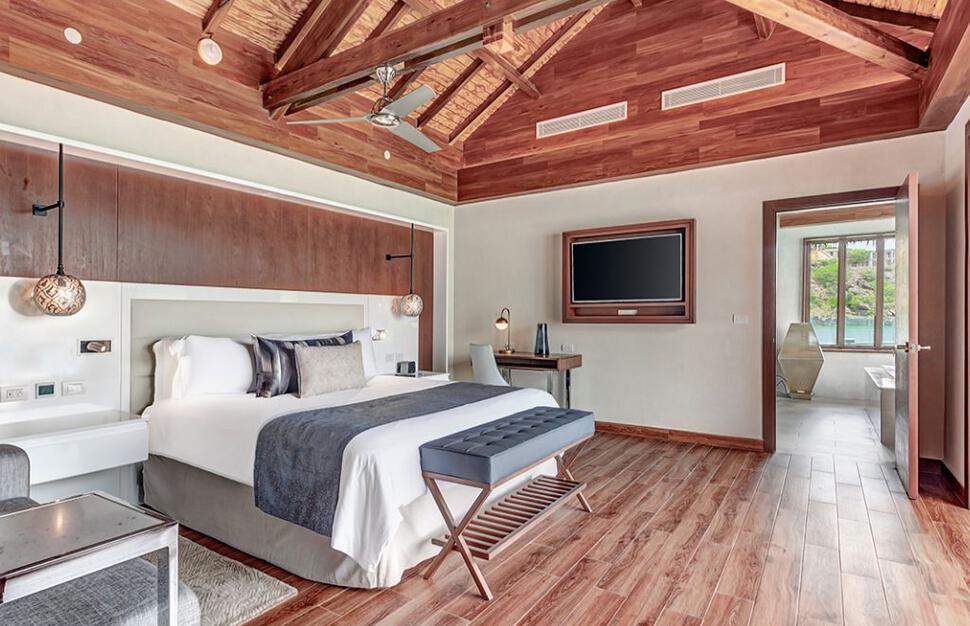 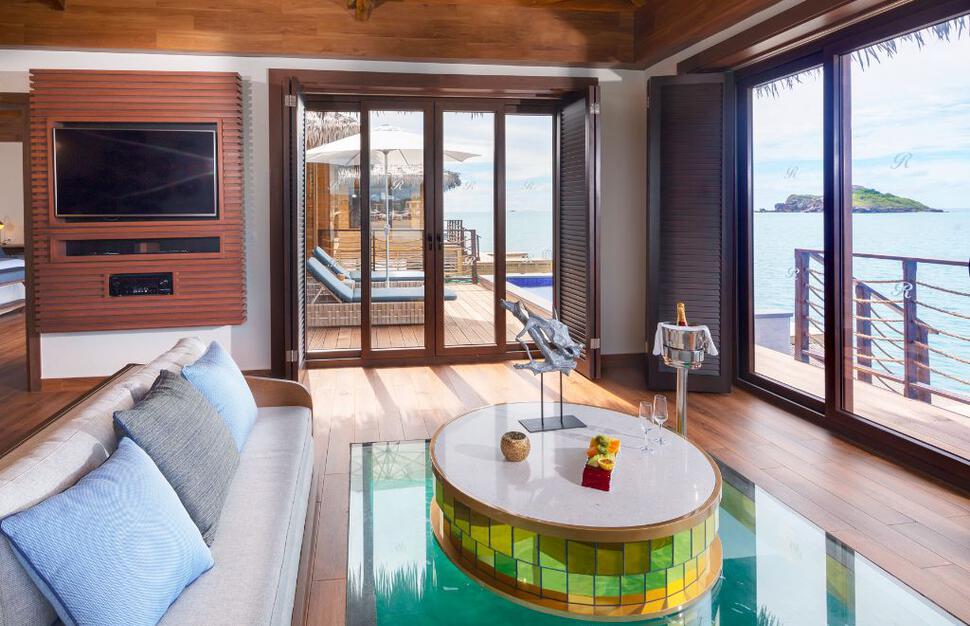 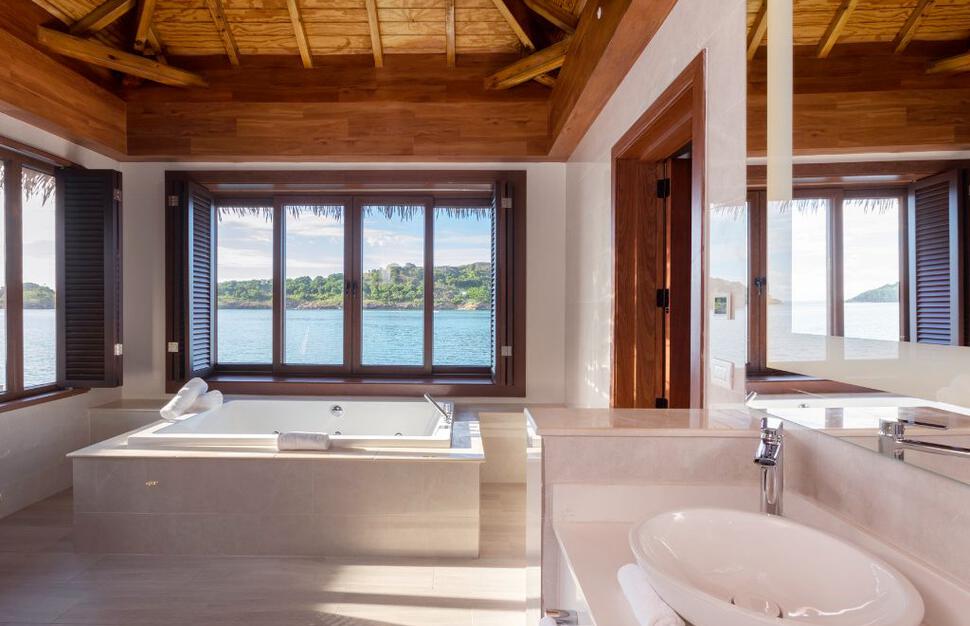 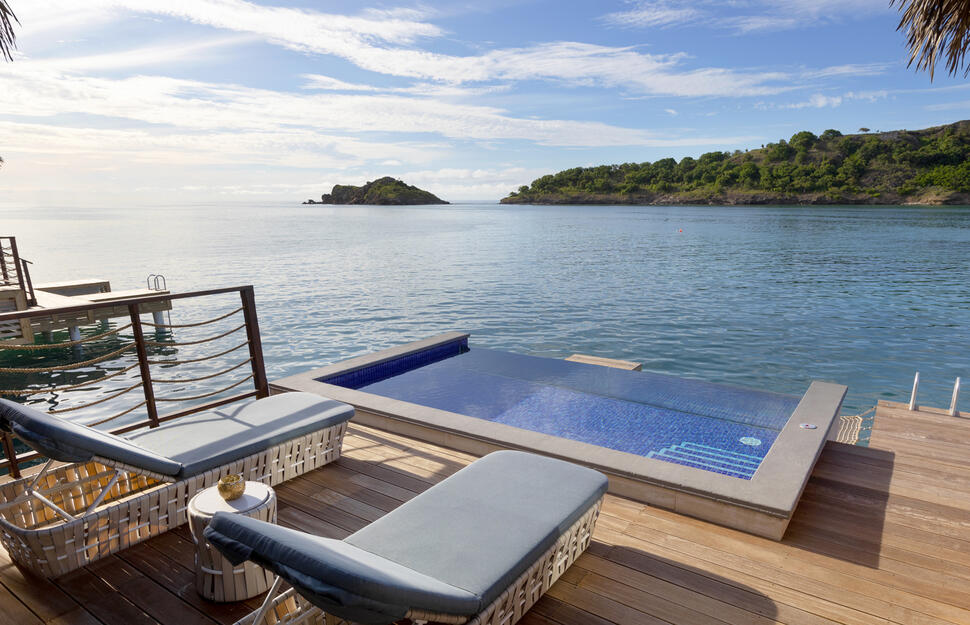 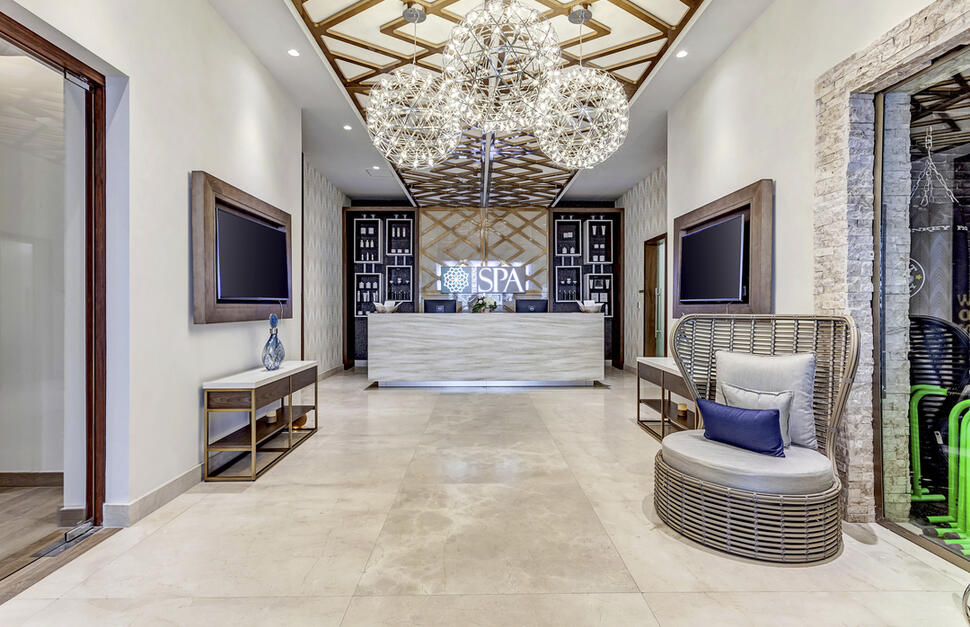 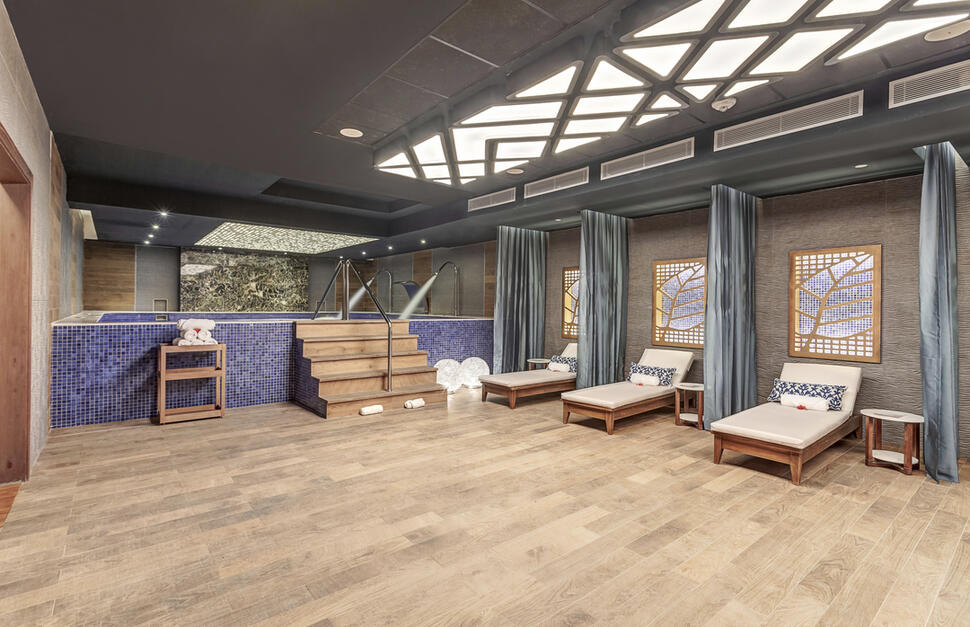 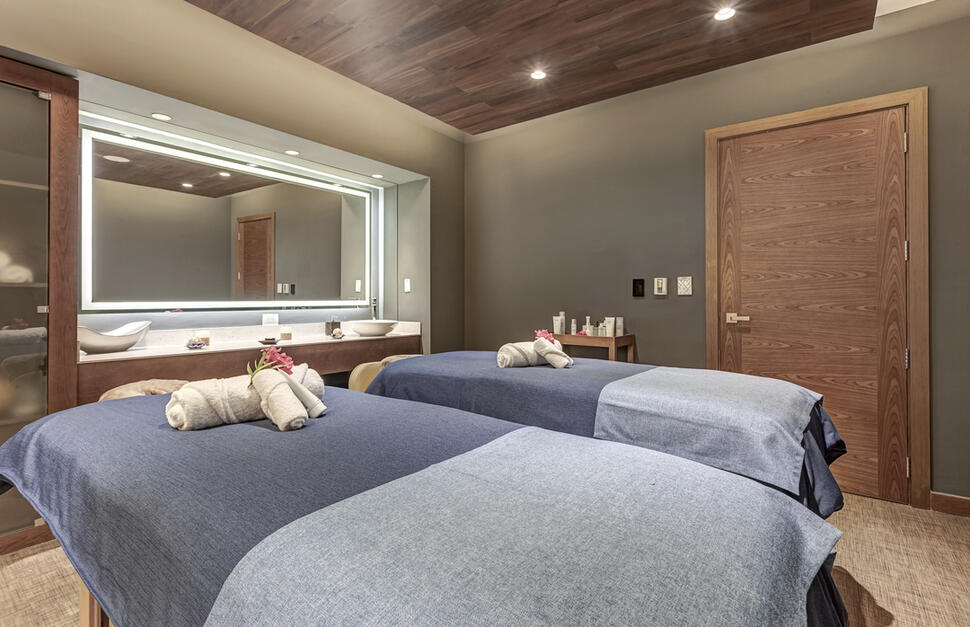 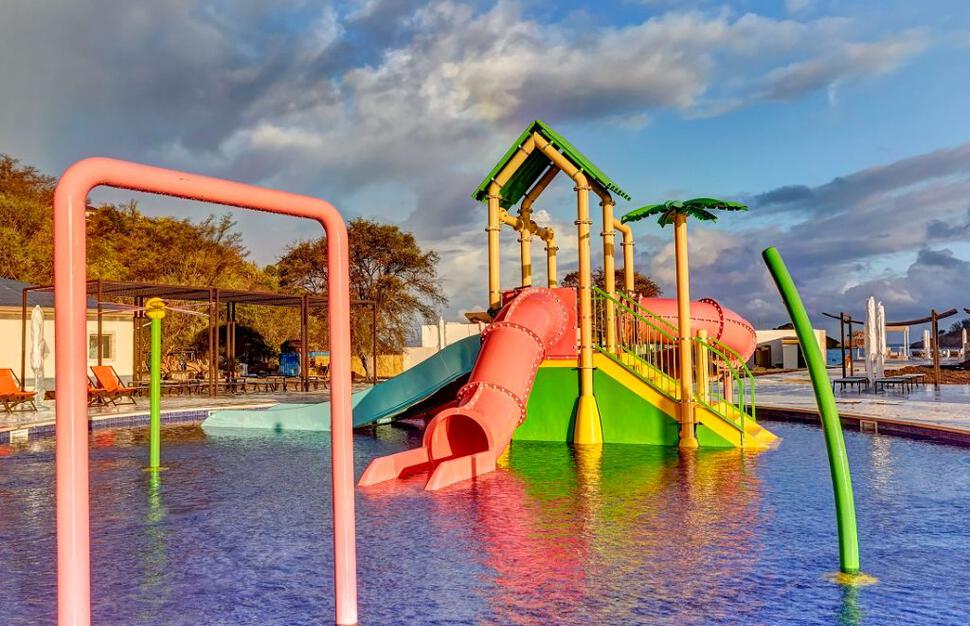 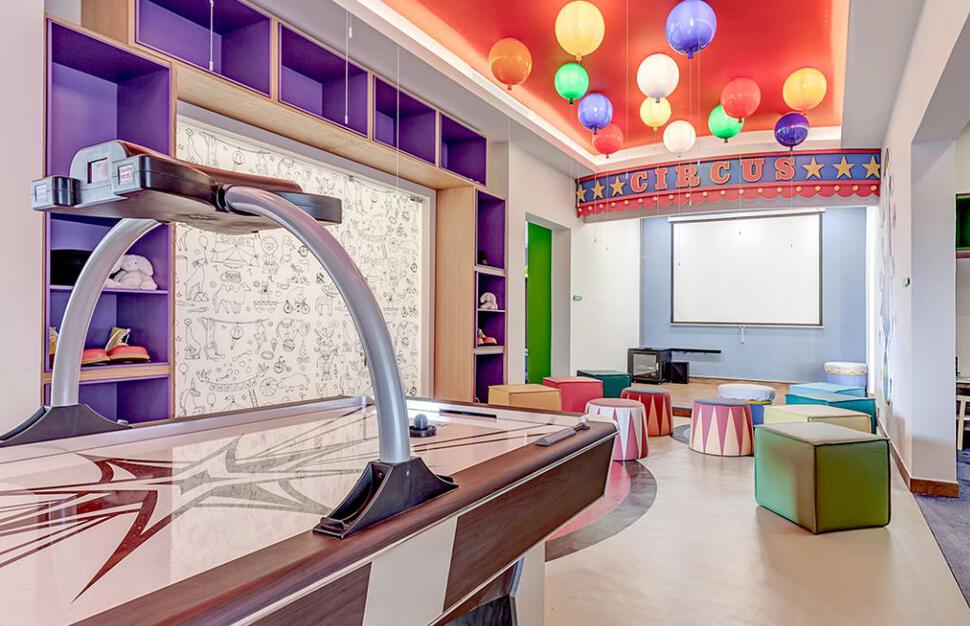 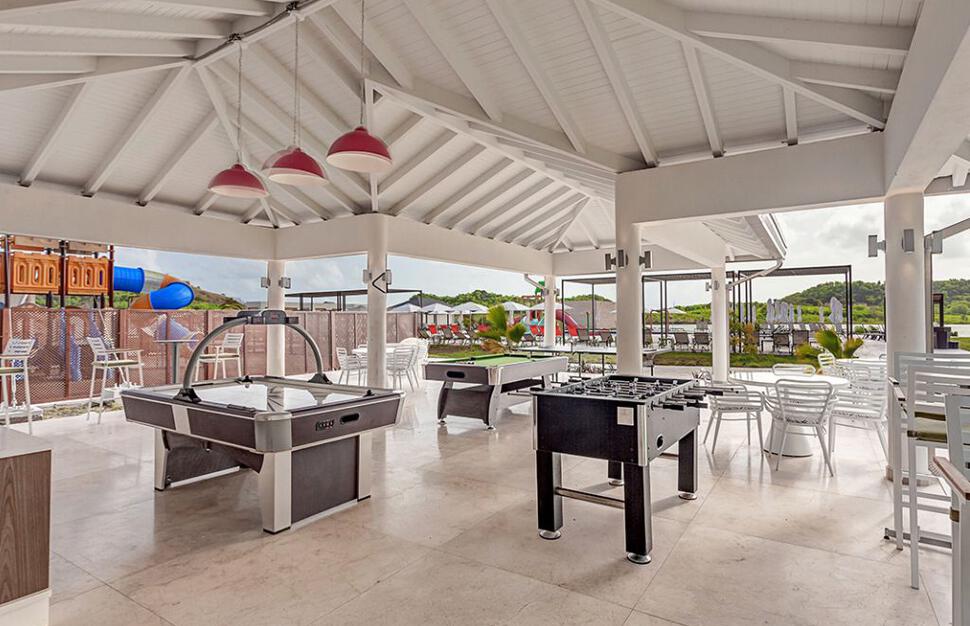 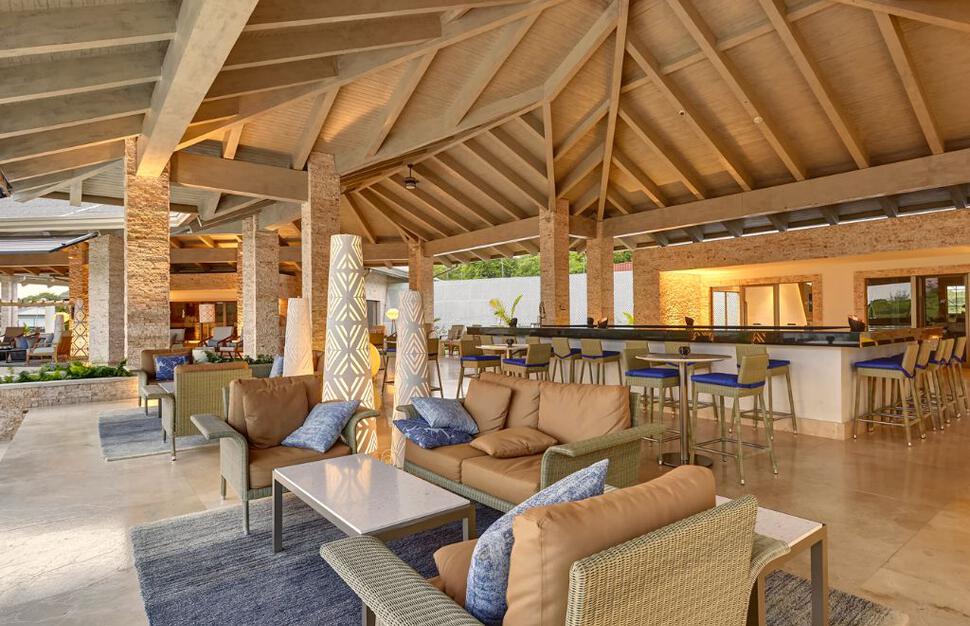 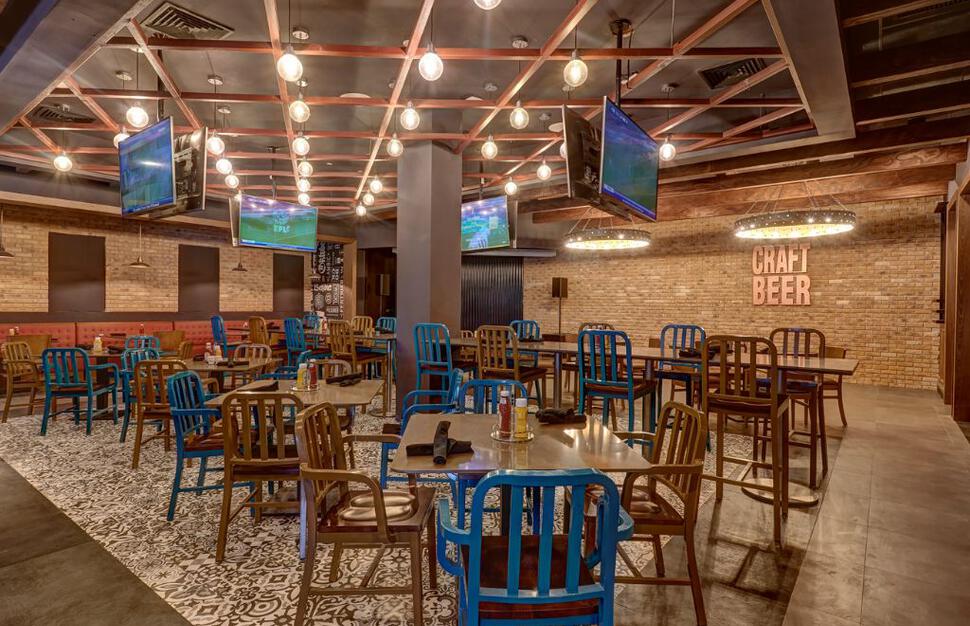 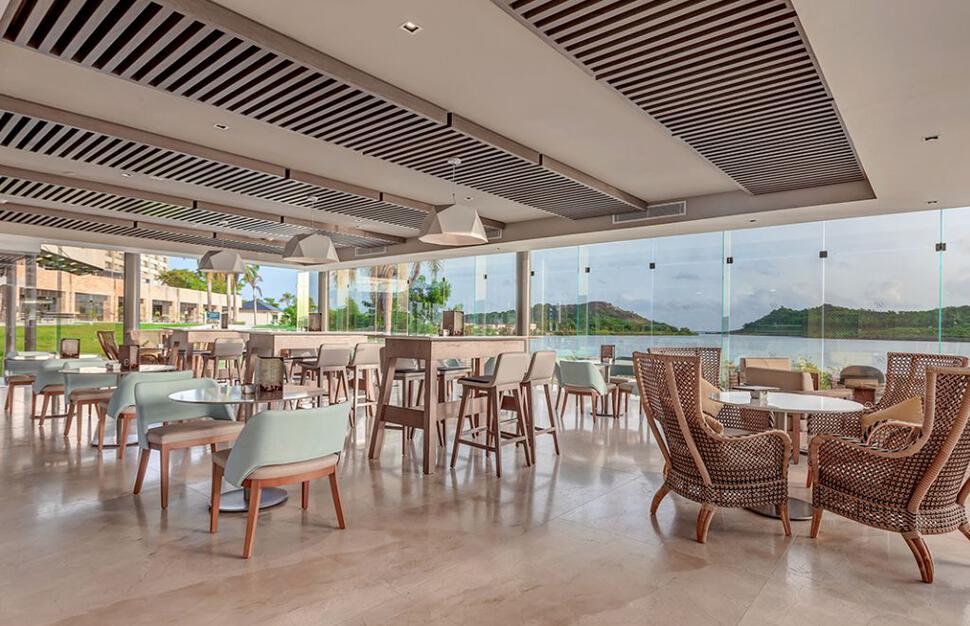 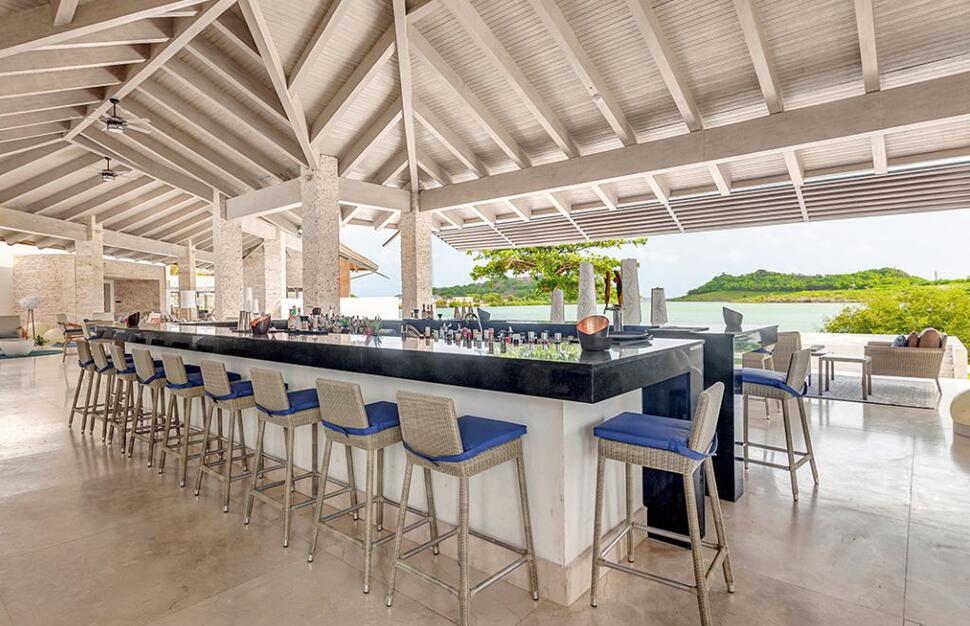 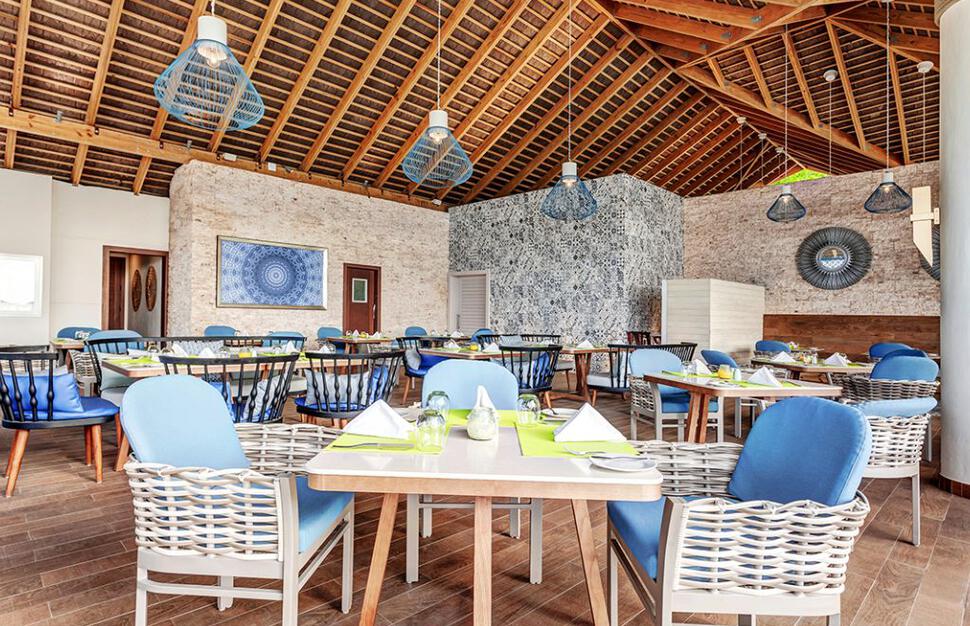 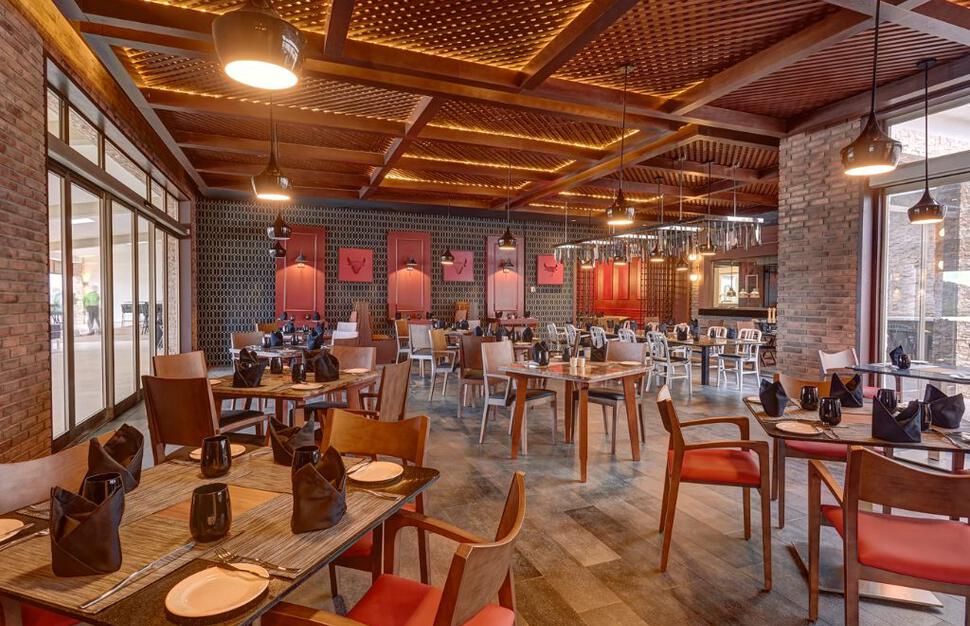 A private beach that plays up to all those Caribbean stereotypes (think cashmere sands, dazzling waters, and gentle trade winds) plays host to one of Antigua’s latest luxury retreats. Watched over by Fort Barrington, Royalton Antigua, An Autograph Collection All-Inclusive Resort, lives up to its name – letting you live like royalty with almost every treat included in their All-In Luxury® promise. You can sip handcrafted cocktails, surf the WiFi, snorkel and kayak in the bay, and even try out scuba-diving with an introductory lesson – all without dipping into your holiday spending money. And you can dine without picking up the tab too, with more than a dozen restaurants and bars covering everything from beachside burgers to sumptuous steakhouse classics. Adding their own special twist, they also feature extra touches like their Sports Event Guarantee™ (so you can watch big sports events on TV) and weekly pool and beach parties.

Located on the beach in Deep Bay, close to the historic Fort Barrington and a 20-minute drive from St John's. Transfer time from Antigua airport: 30 minutes.

Luxury Junior Suite Swim Out Diamond Club™ with sliding glass doors that open to the semi-private swim out pool and either 1 king-size bed or 2 queen-size beds, sleeping maximum 4 adults.

Adult-only Chairman Overwater Bungalows offer a living area with pull out sofa, dining room and master bedroom with 1 king-size bed, sleeping maximum 2 adults. Each bungalow has a private deck with an infinity plunge pool, a hammock, a glass floor and private ocean entry. Guests who book this room type receive additional amenities and services including:

Enjoy dining in this comfortable tropical atmosphere in an open-air casual setting. With so many excellent options to choose from, the only decision you’ll have to make is deciding on which culinary dish to enjoy.

Evening entertainment in the open-air theatre.