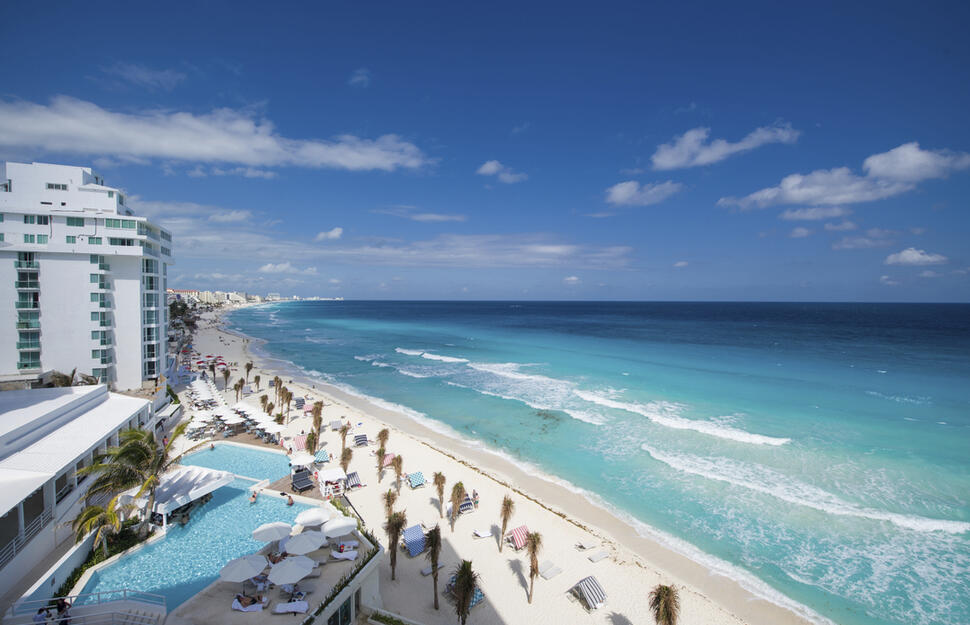 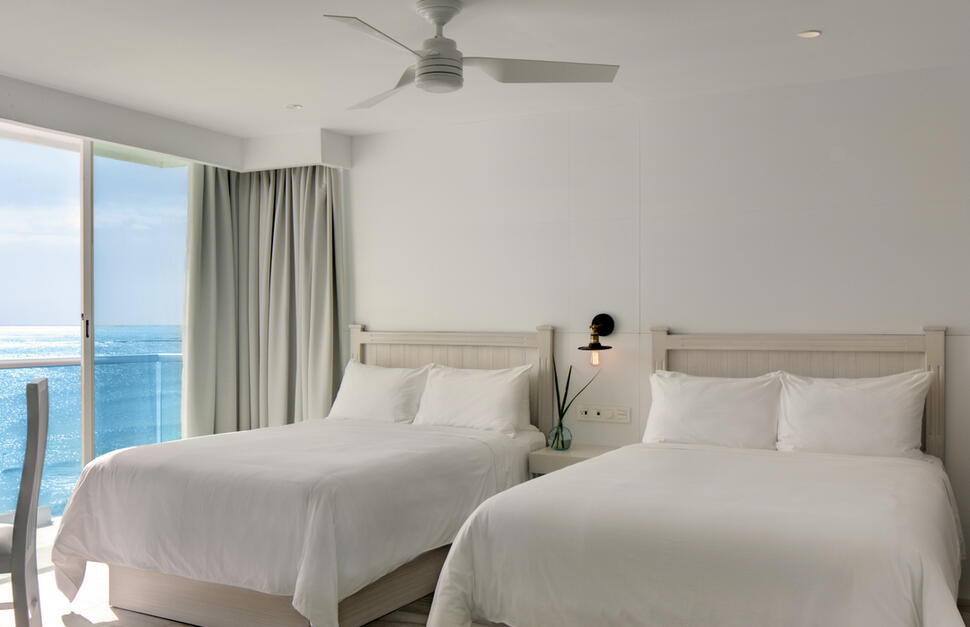 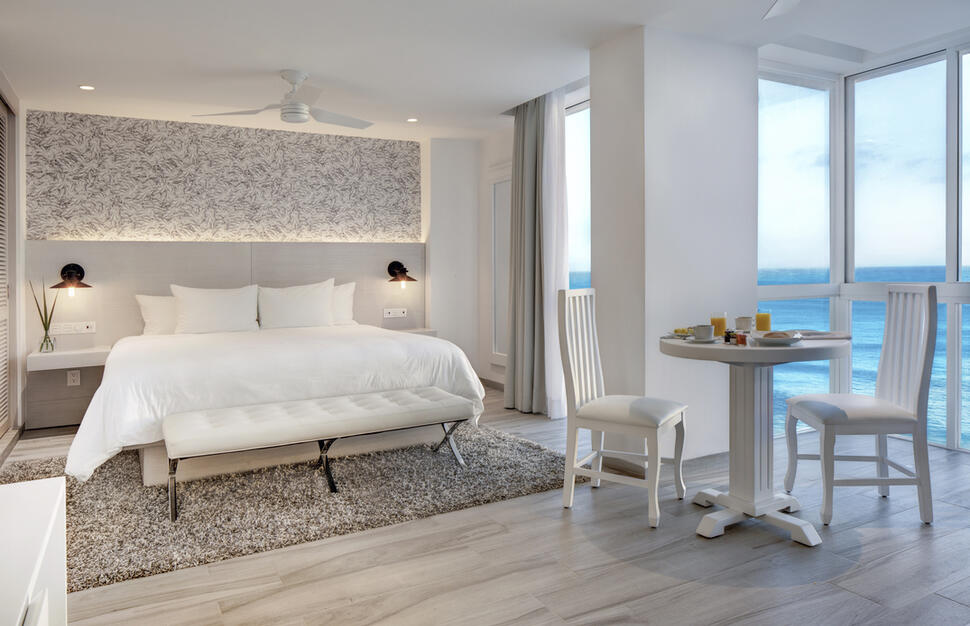 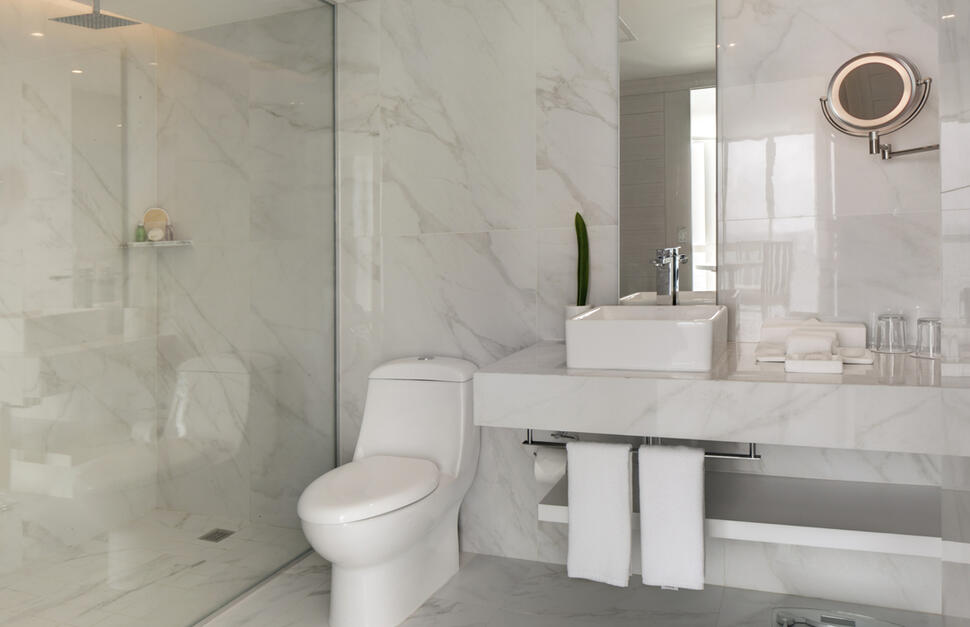 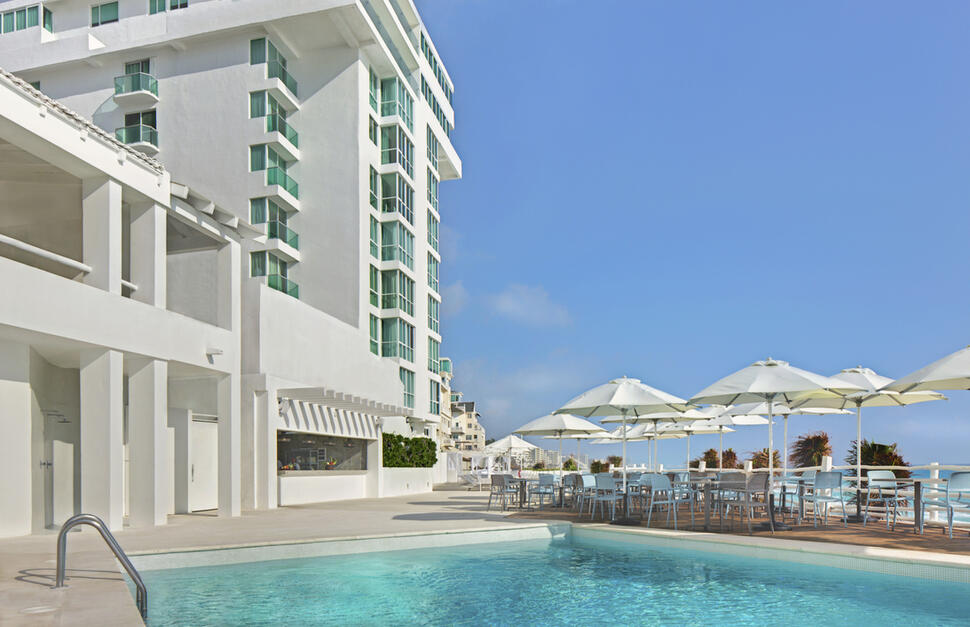 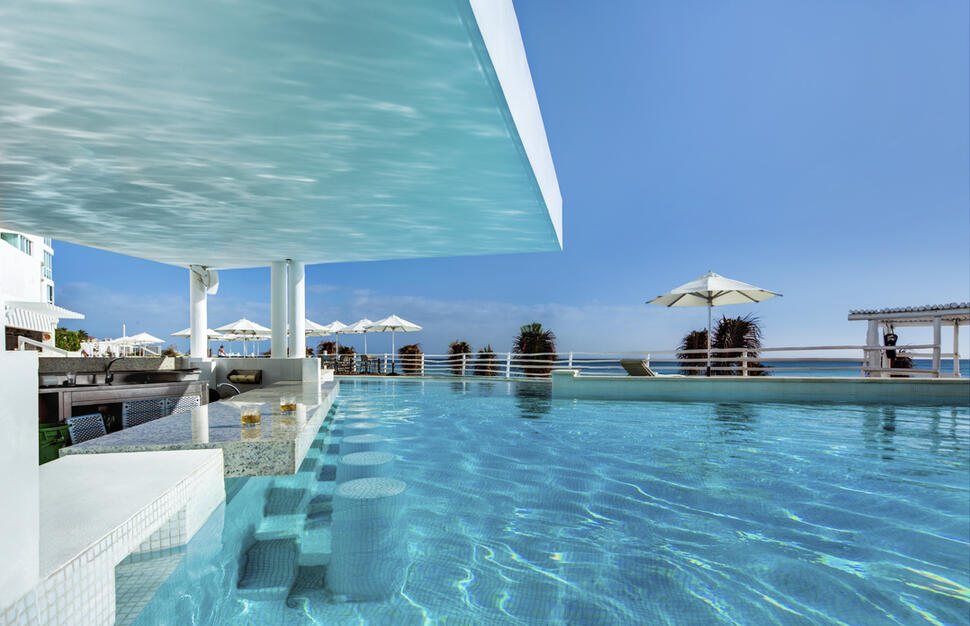 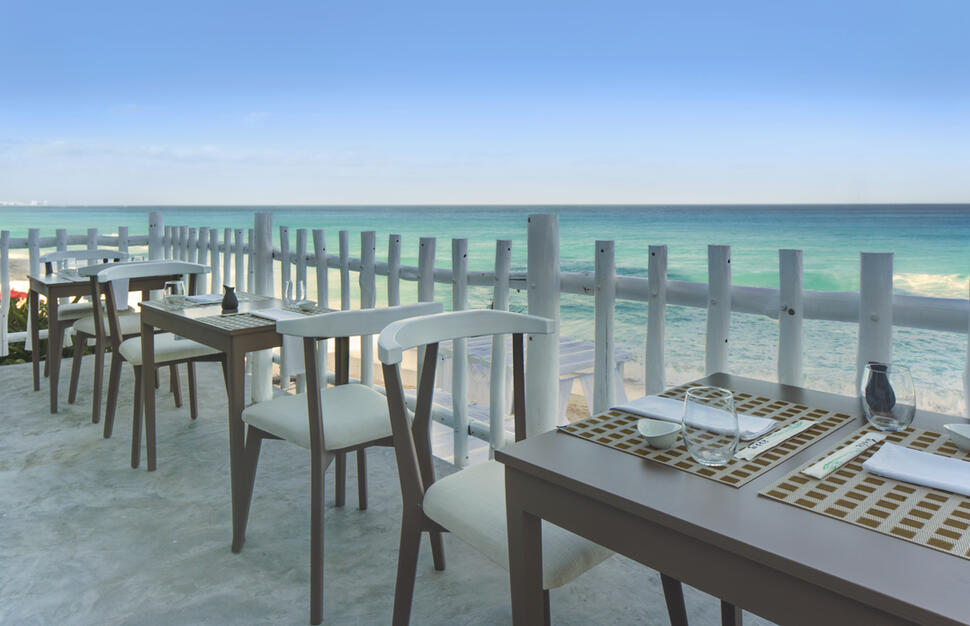 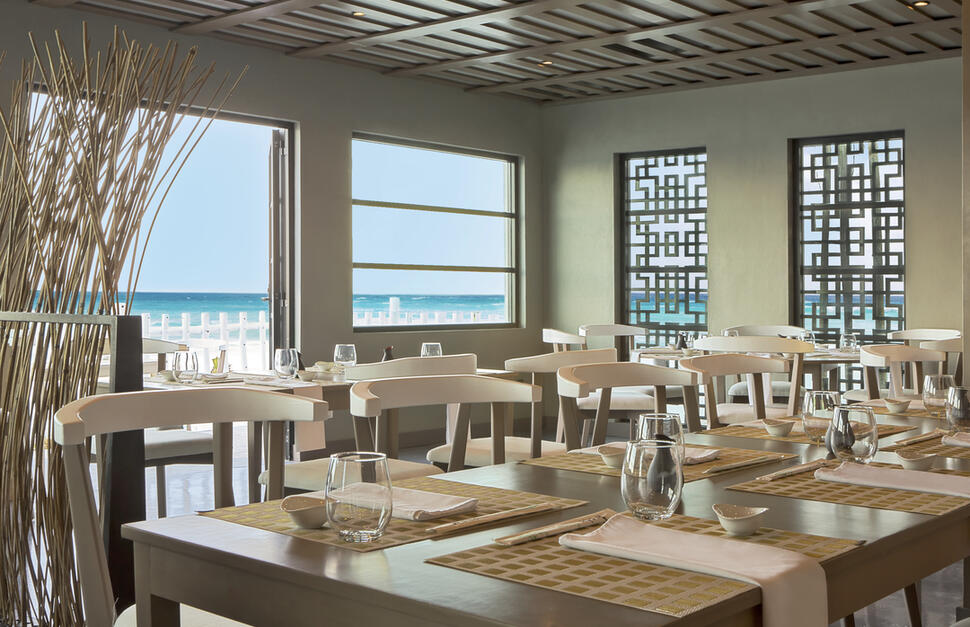 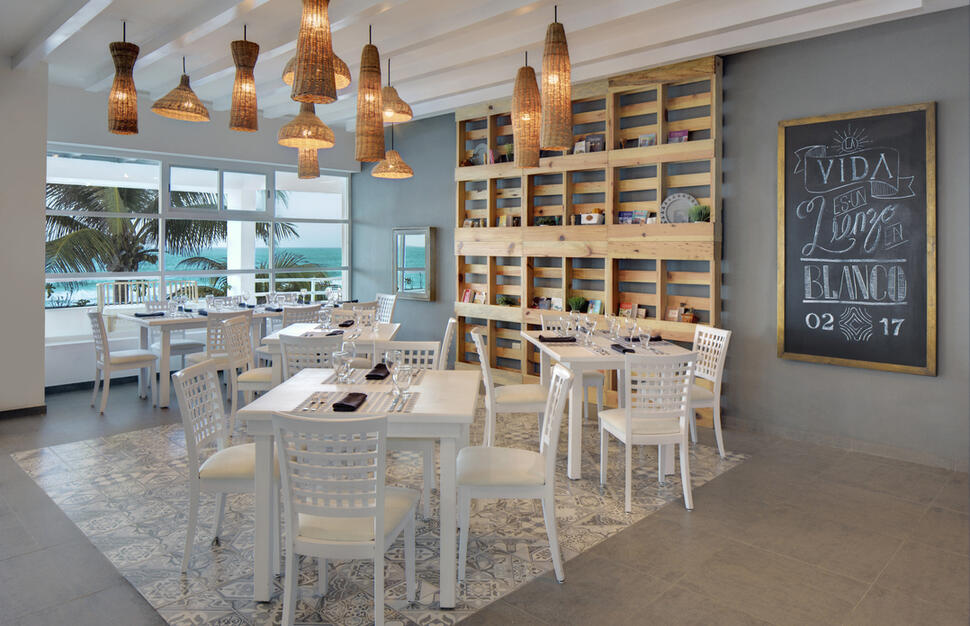 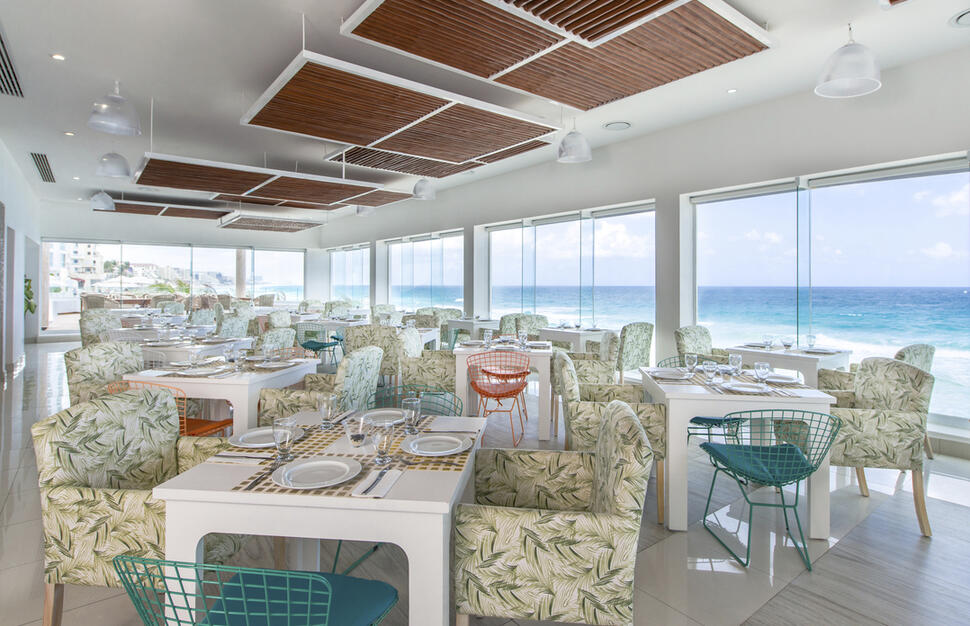 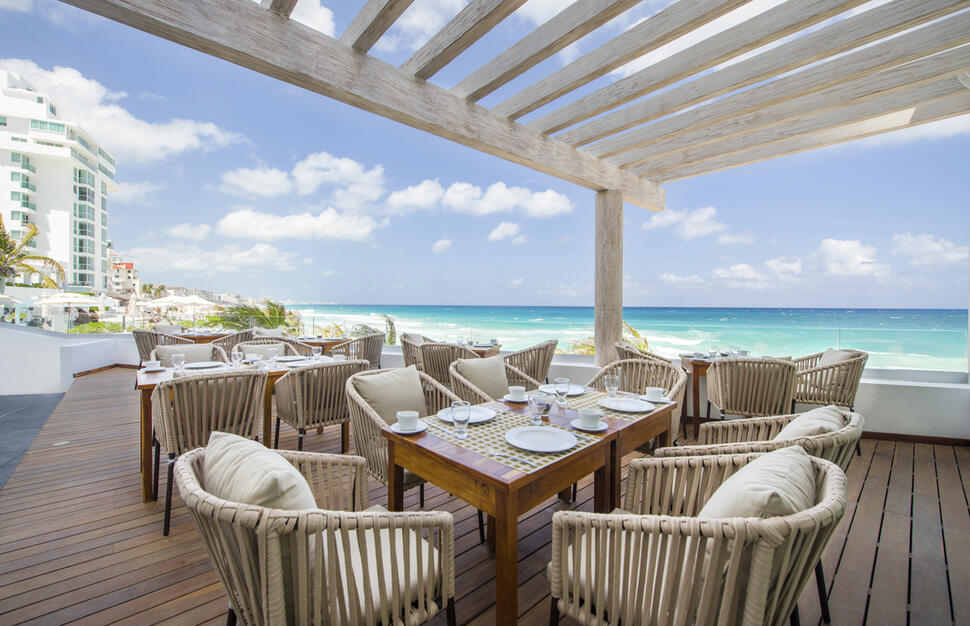 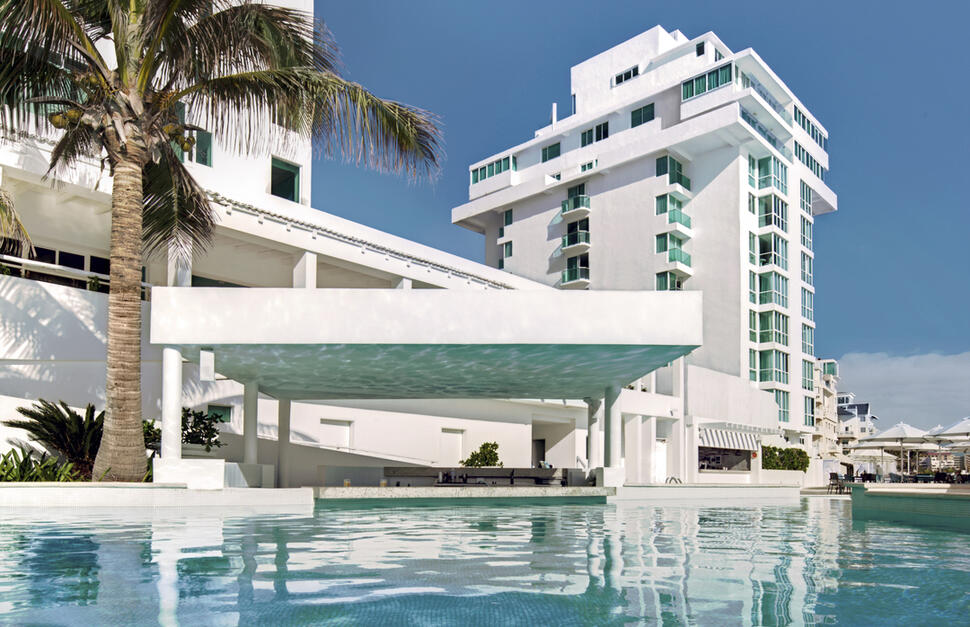 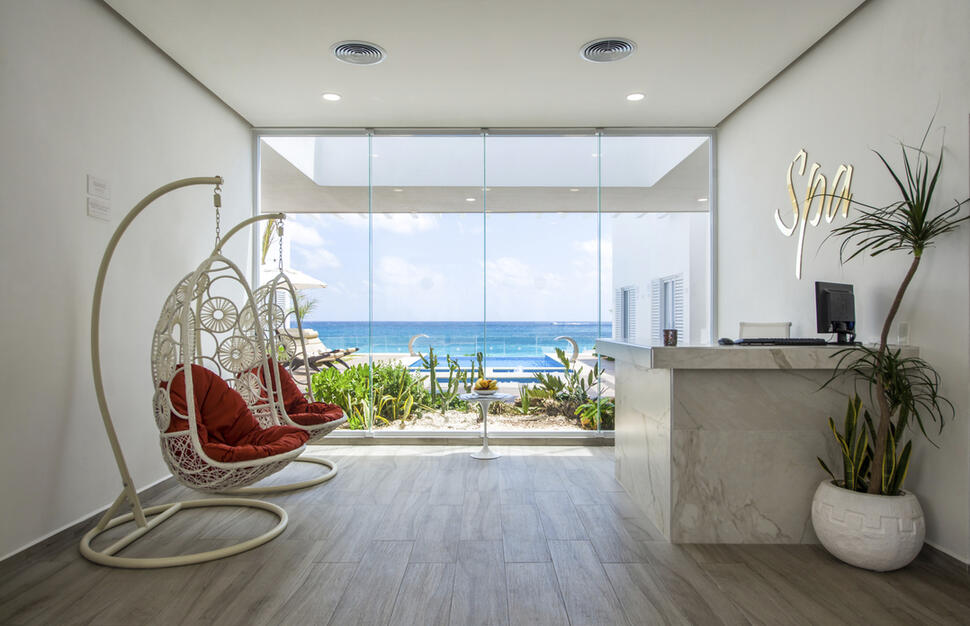 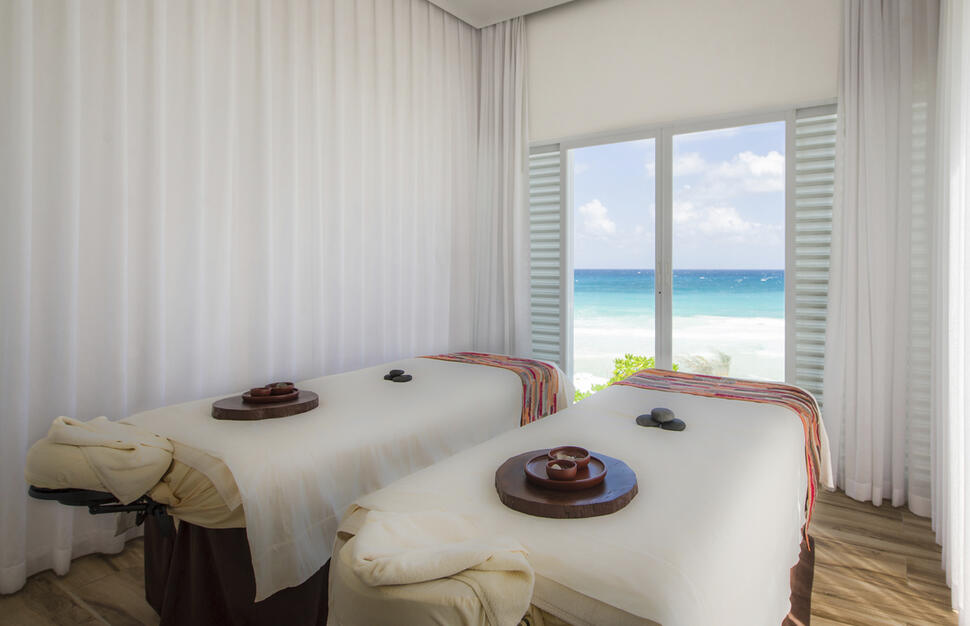 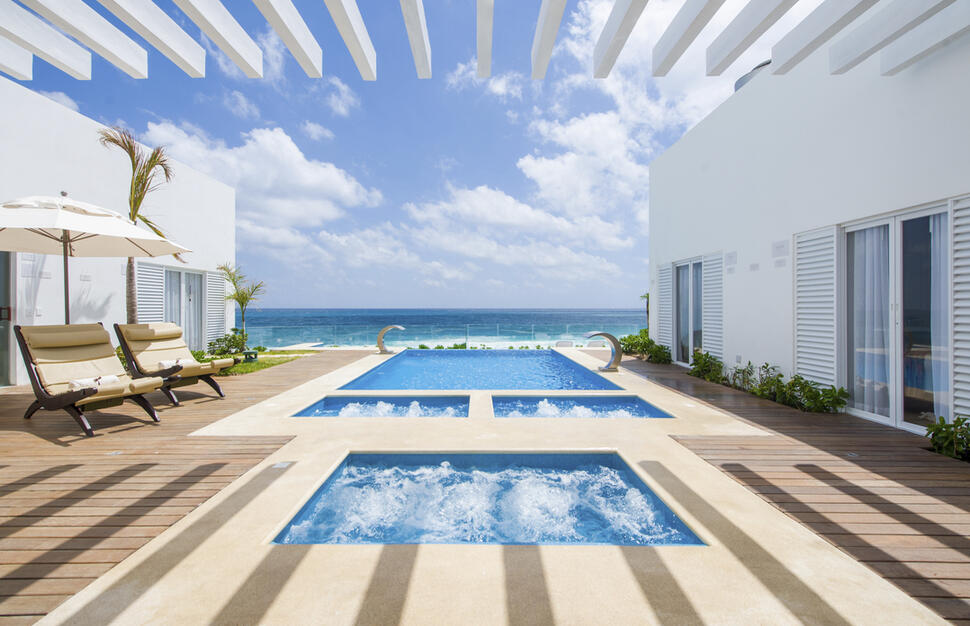 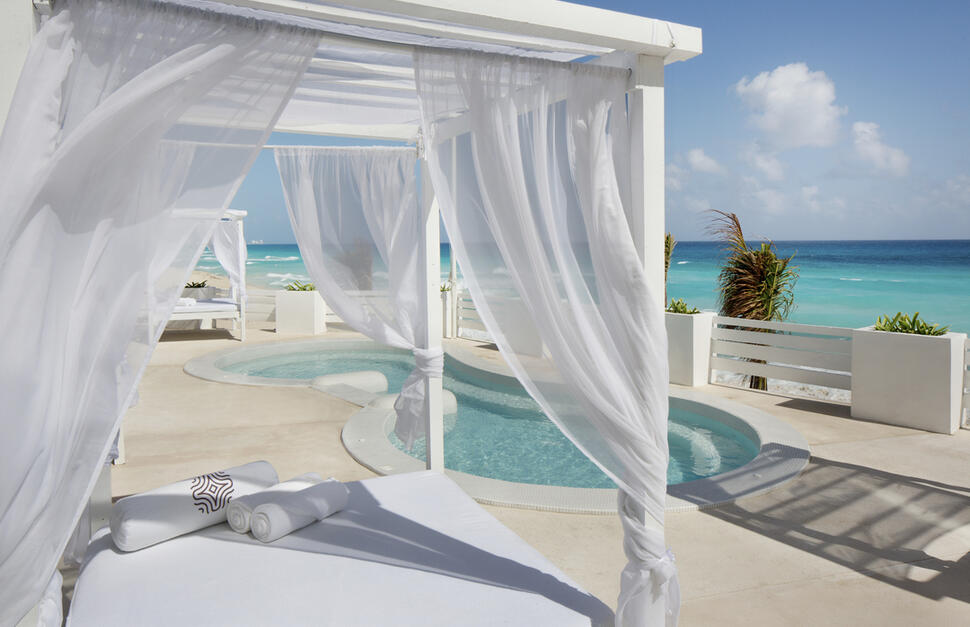 Using minimalism to maximum effect, the sculptural ice-white architecture and matching monochrome interiors of Óleo Cancún Playa give it a calm chicness that’s a far cry from the buzz and colour of your setting — right at the start of the famously vibrant Cancún Hotel Zone. The dedication to ‘white’ is only really interrupted by flashes of blue — homage to the sea and surf just steps from the hotel. Overlooking the beach, the infinity pool adds a touch more turquoise, with the pool bar’s tropical-inspired cocktails adding their own shots of colour. The styling may be minimalist, but the features aren’t. You’ve got spa treatments, complimentary WiFi, an art workshop, and restaurant menus that take you from Japan to Mexico and Peru, with stops on the way for comfort food, international favourites, and bakery treats served up with Starbucks™ coffee.

Located in the Cancun Hotel Zone, on a ribbon of shoreline tucked between the Caribbean and Nichupte Lagoon. A short distance from major shopping centres, restaurants and entertainment. Transfer time from airport: 15 minutes.

All Inclusive of: all meals, drinks and snacks. All activities above unless otherwise stated.