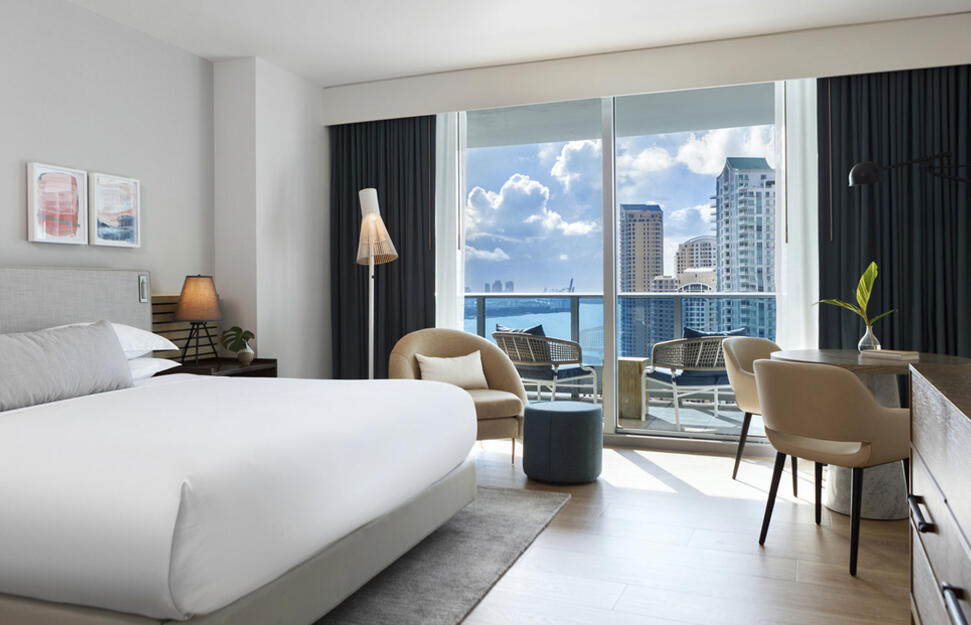 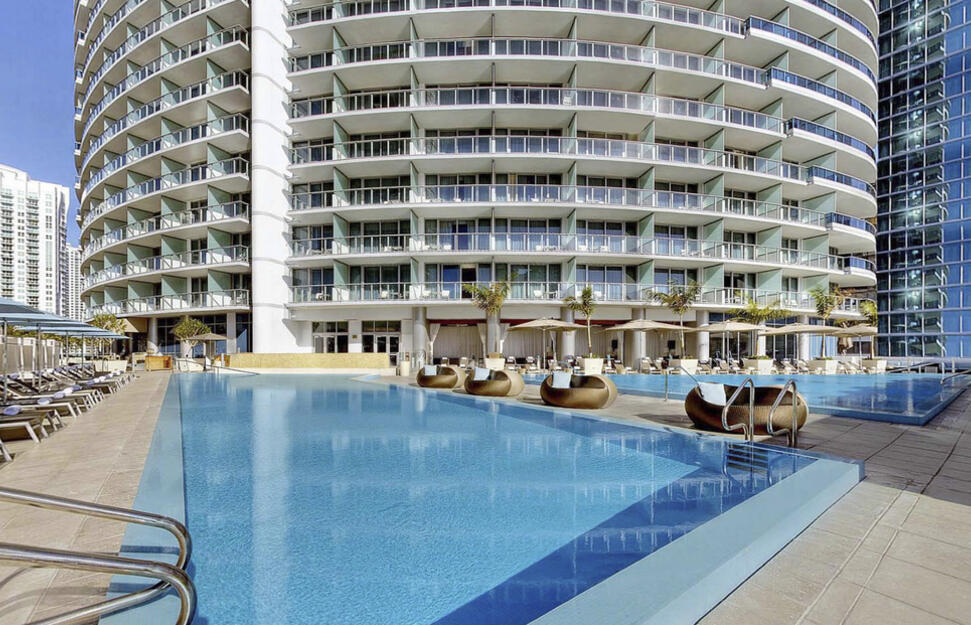 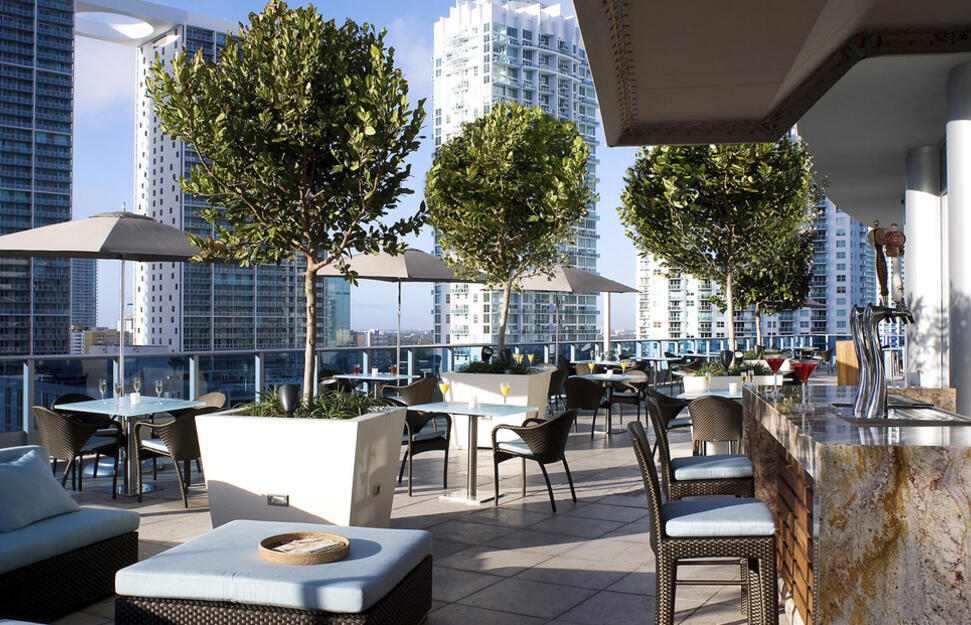 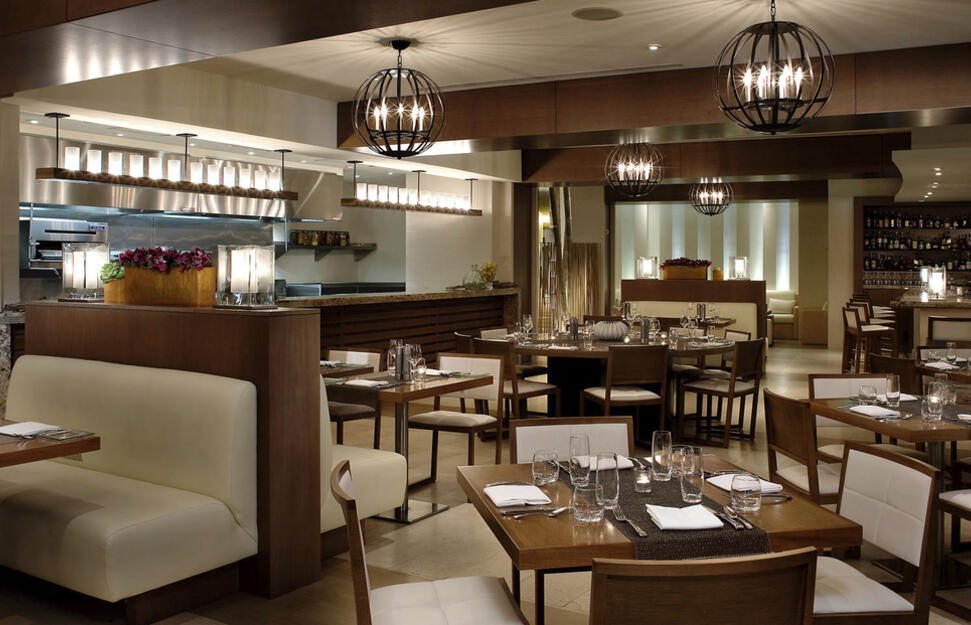 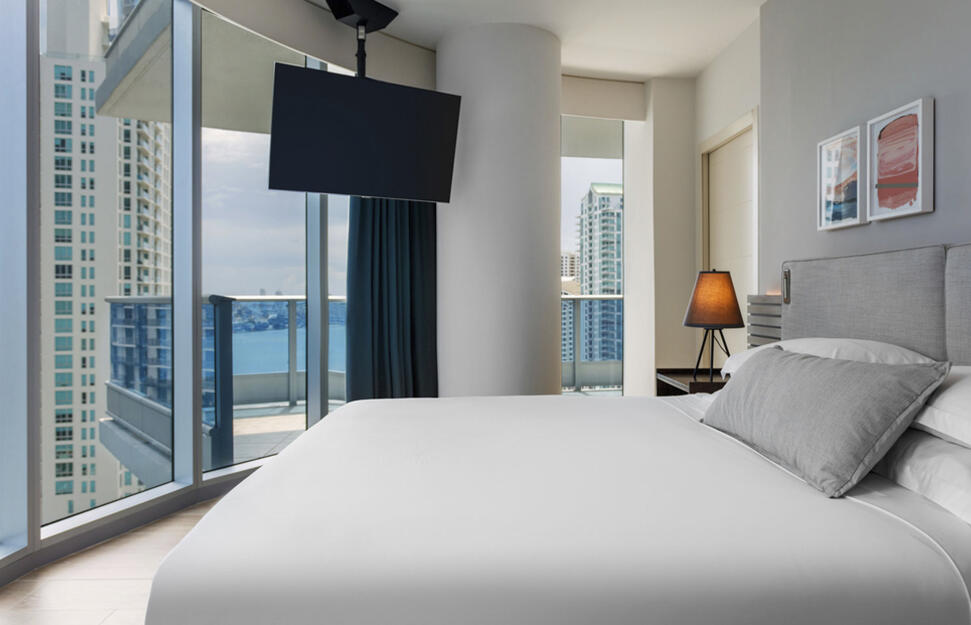 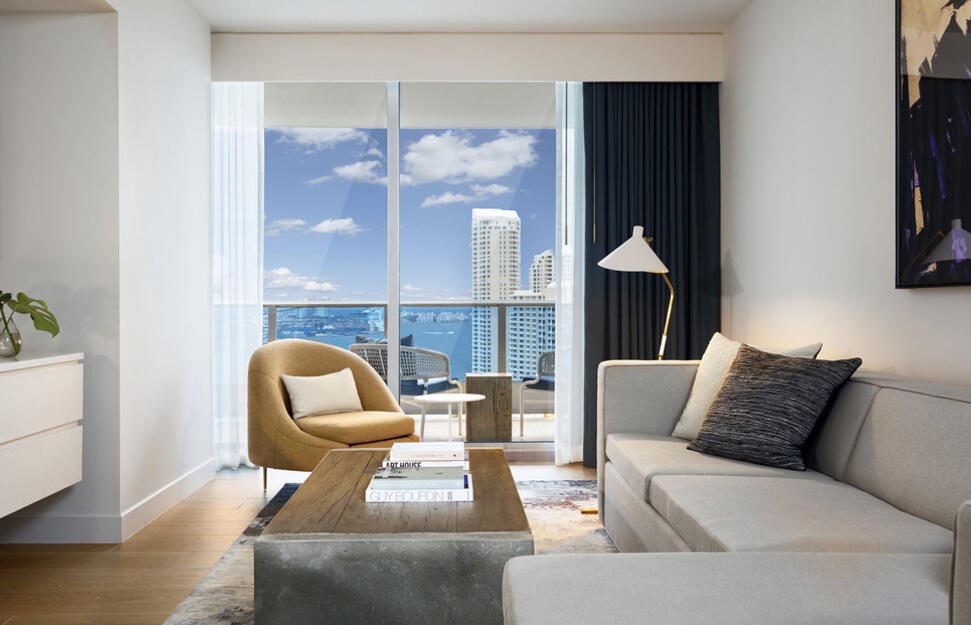 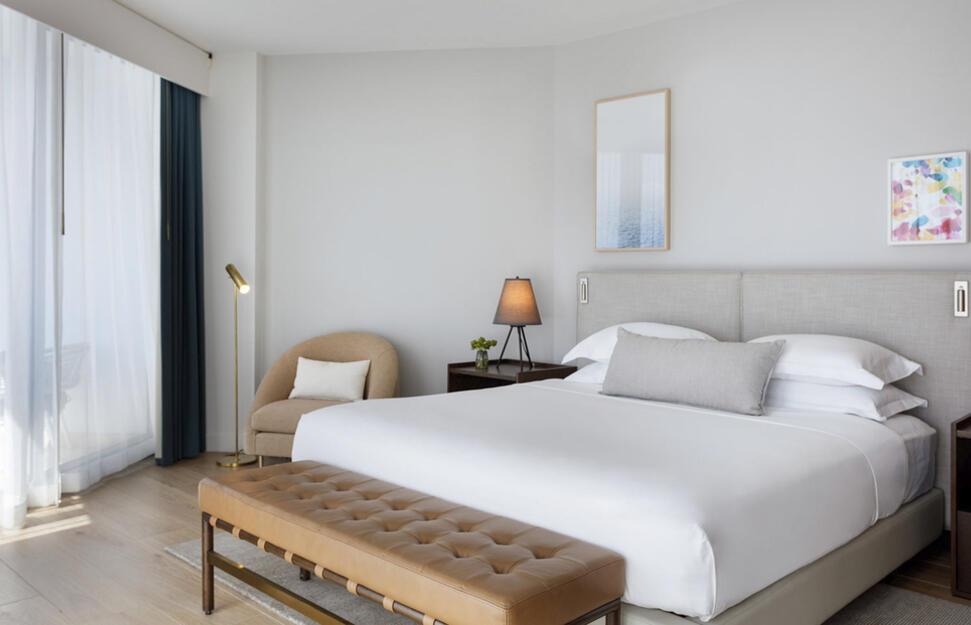 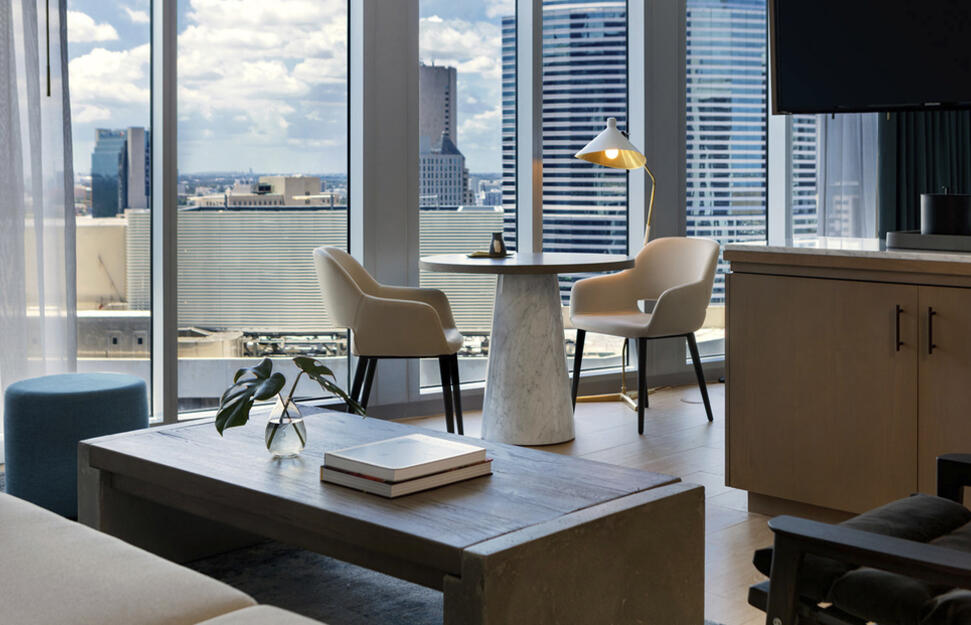 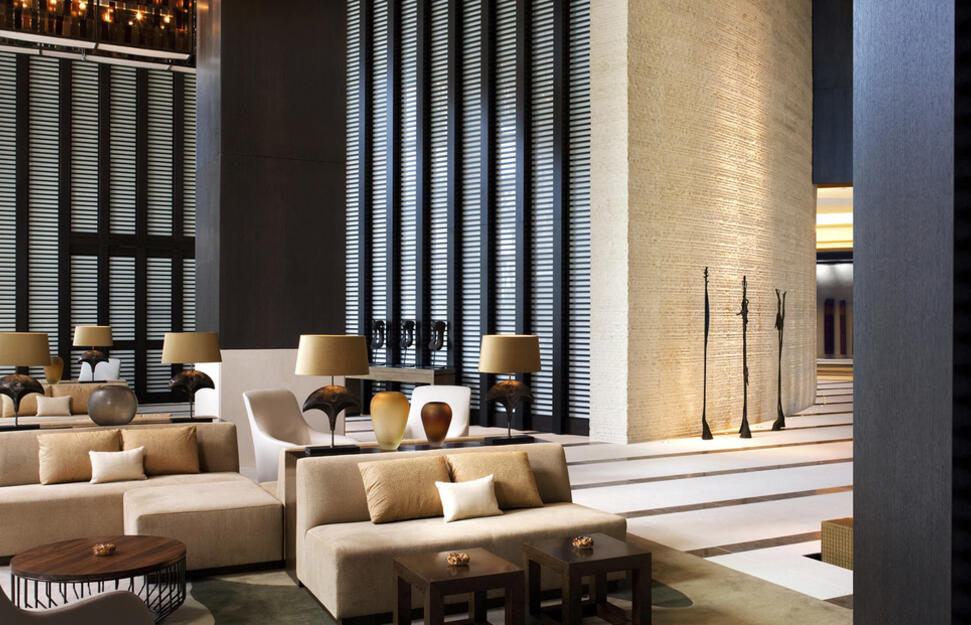 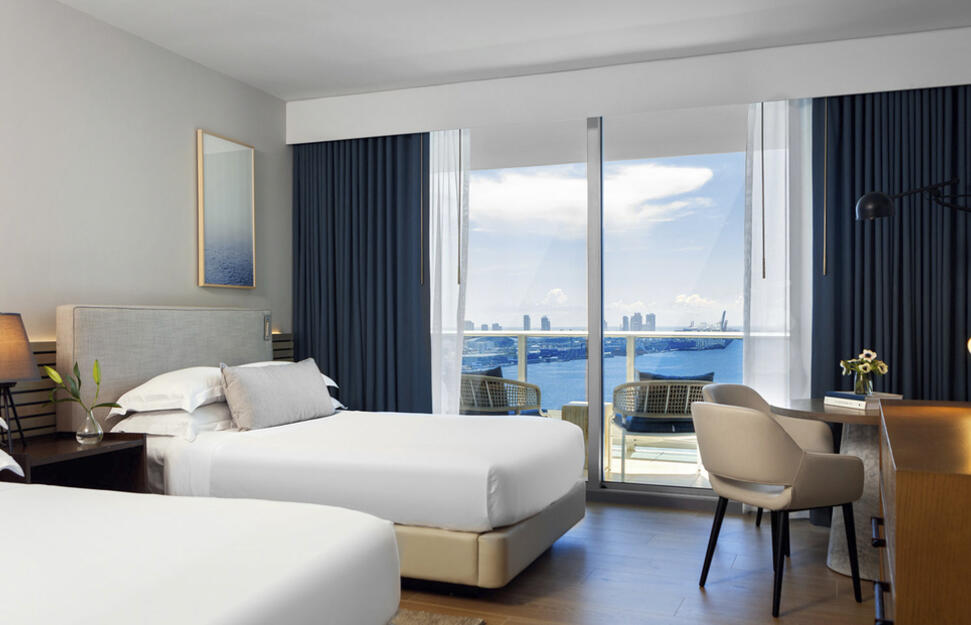 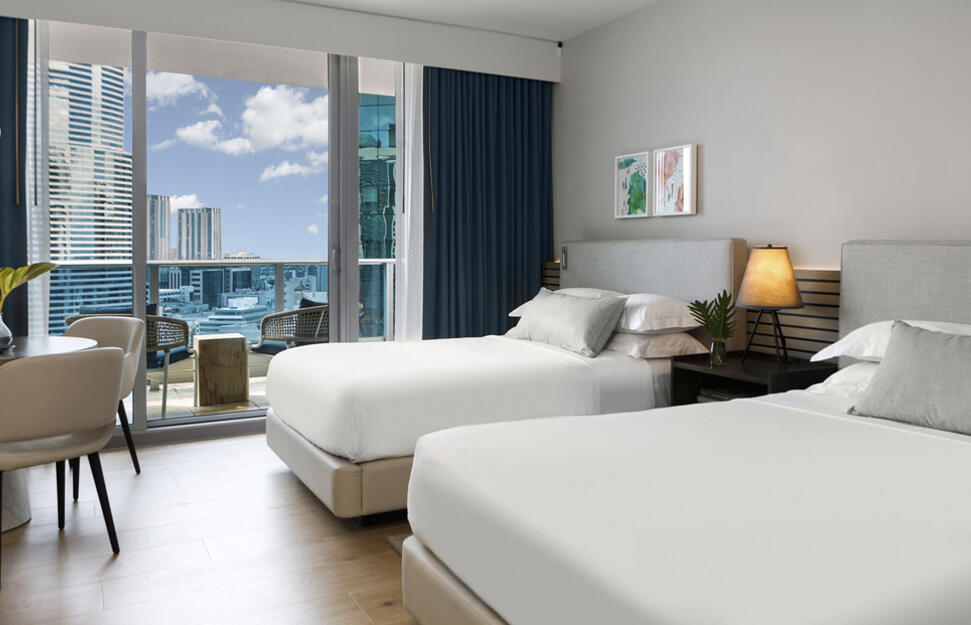 Epic by name and epic by nature, the Kimpton Epic sits along the water’s edge, overlooking the glistening Biscayne Bay. Take a dip into one of the two rooftop pools, and sip on a cocktail in your private poolside cabana. Seeing as you’re set on the waterfront, seafood is a must, and you can dine looking out on the sea itself. In need of some me-time? Head to the spa for a treatment, or try your hand at a yoga class. And when the evenings roll in, head out and experience one of Miami’s cool bars, or retreat to your room for some down-time.

In Downtown Miami, overlooking the Miami River and Biscayne Bay. A short walk from local bars, restaurants and shops, and a short drive from Port Miami. Transfer time from Miami International Airport: 20 minutes.

Water View King Premier Rooms are 475 sq ft and have and views of the marina, with 1 king-size bed or 2 double beds, sleeping maximum 3 adults or 2 adults and 2 children.

This hotel has a resort fee of $35 plus tax per room, per day (payable locally, subject to change)