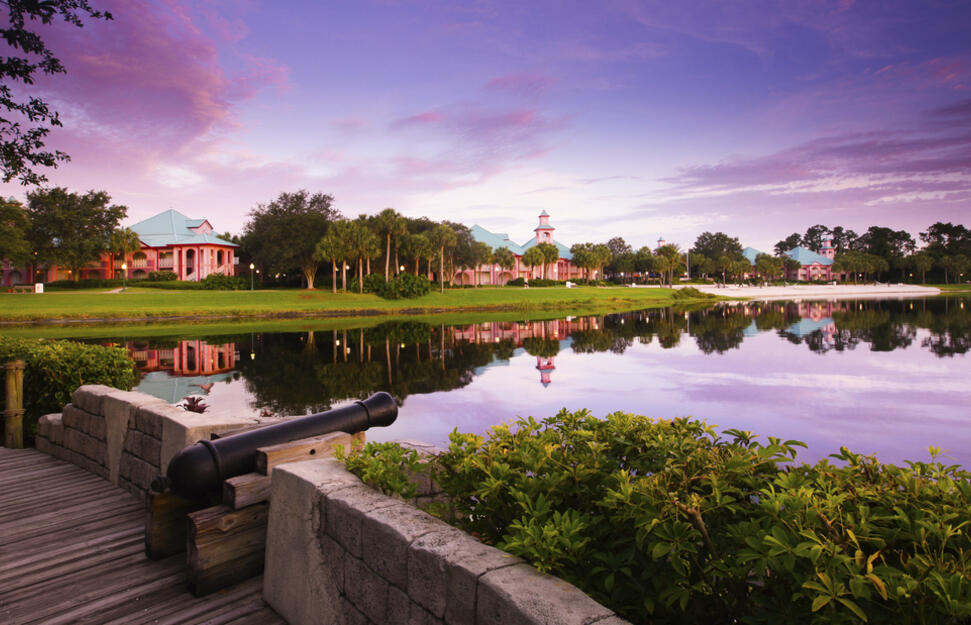 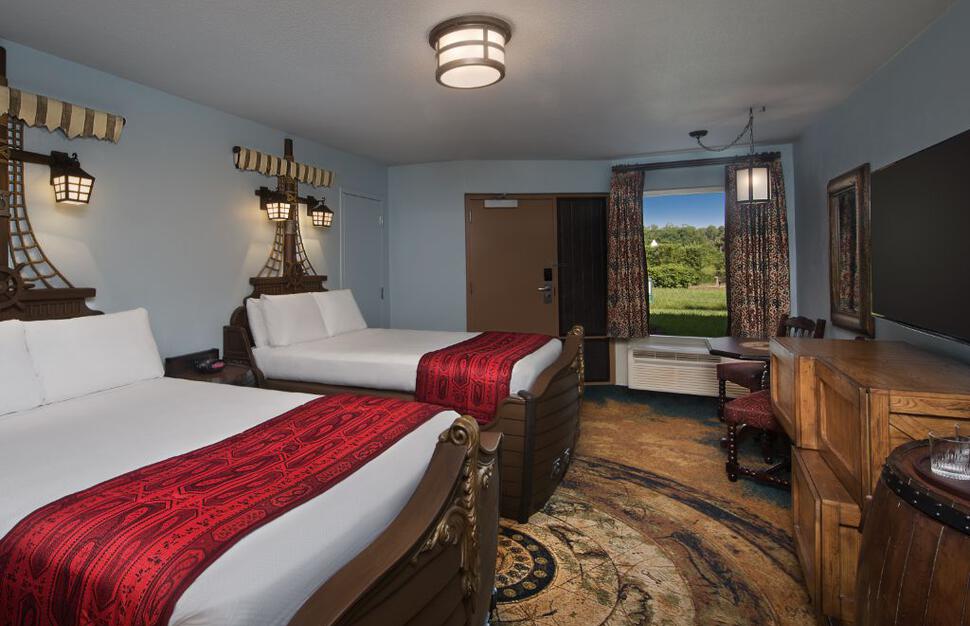 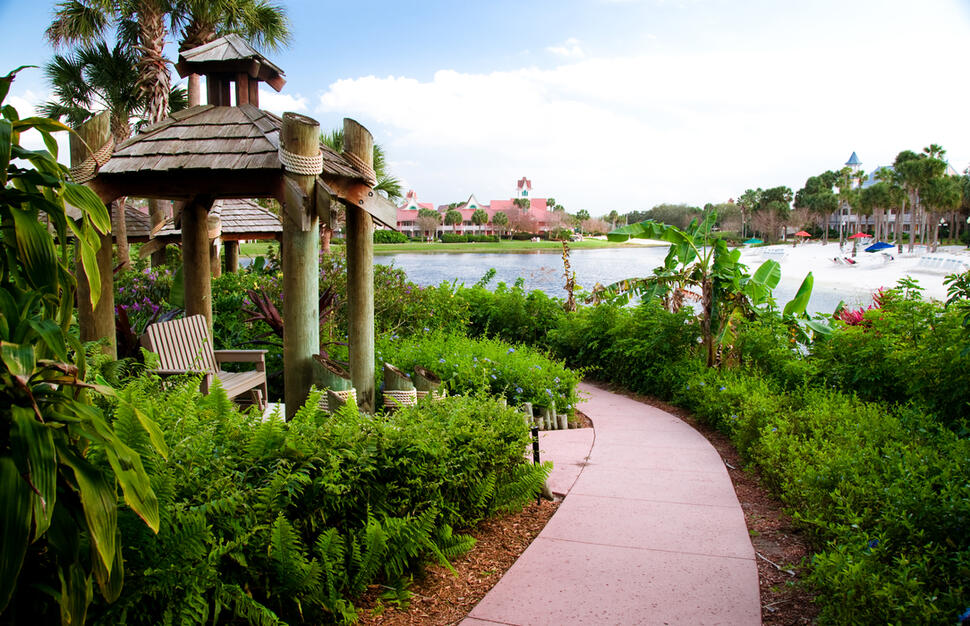 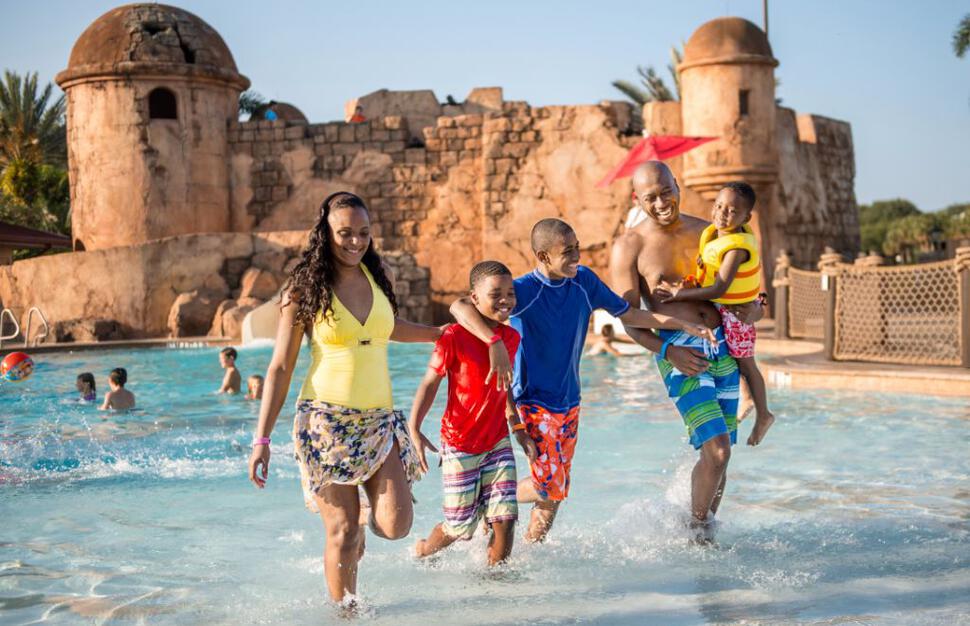 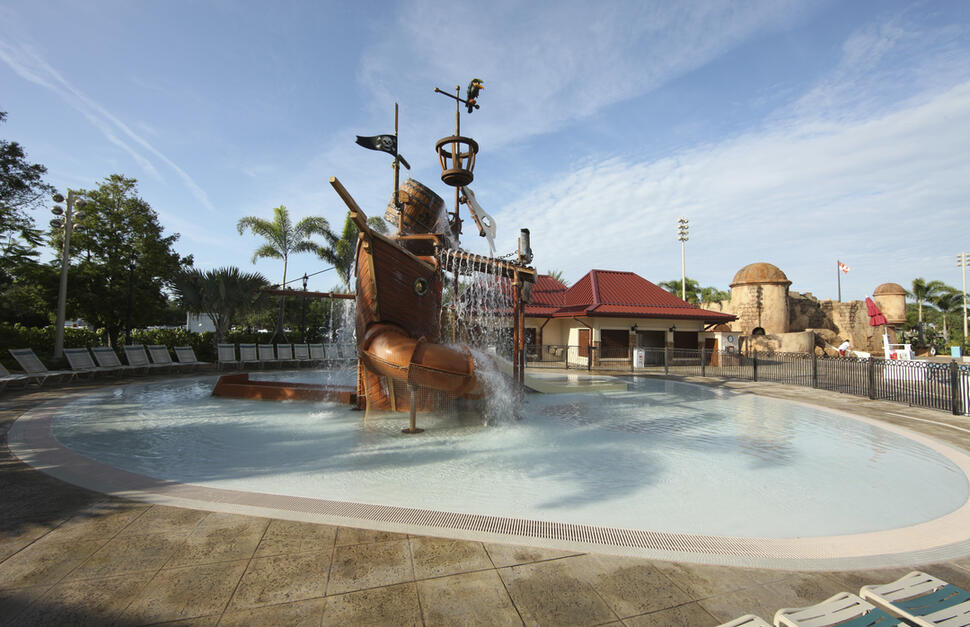 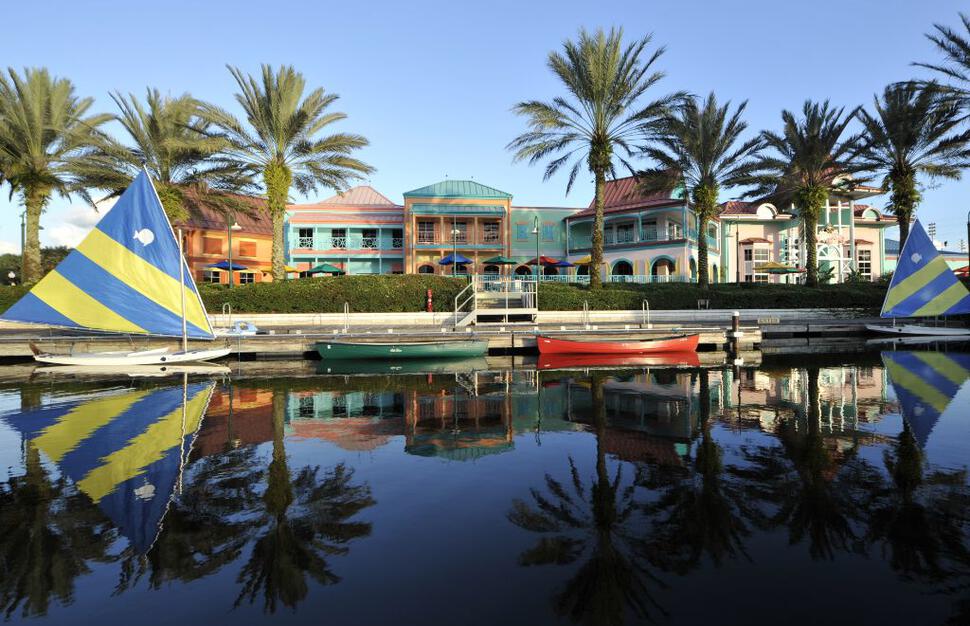 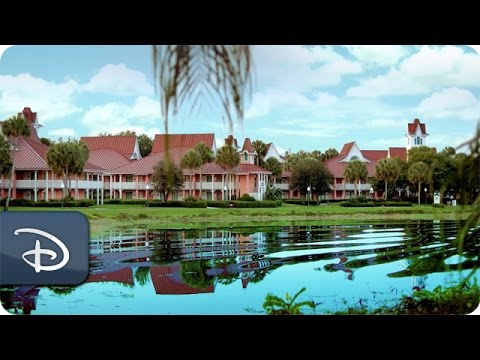 Not only have Disney managed to bring the ambience of the Caribbean to Florida, they've brought the beaches too! This resort is split into five Caribbean islands, each with its own pool and stretch of white sandy beach. Colonial-style buildings and swaying palm trees add to the vibe, as do lush gardens and the distant sound of steel drums. There are bikes for hire, jogging trails, a lively shopping bazaar, food court and table-service dining - making this the perfect all-round family destination.

2,109 rooms on 2 floors in 5 villages with no lifts. All have air-conditioning, cable TV with Disney Channel, safe, mini-fridge, hairdryer, iron and board. Standard Rooms with 2 queen-size beds, sleeping maximum 4 adults, or 2 adults and 2 children, plus one child under 3 in a cot.

King Bed Rooms have 1 king-size bed, sleeping maximum 2 adults and 1 child, plus one child under 3 in a cot.

Pirate Rooms with a Standard View or Waterview option with pirate ship themed beds, sleep maximum 4 adults, or 2 adults and 2 children, plus one child under 3 in a cot.

Preferred Rooms are located close to Fuentes del Morro Pool and Centertown, with 2 queen-size beds or 2 queen-size beds and 1 child-size pull-down bed, sleeping maximum 4 adults, or 2 adults and 2 children, plus one child under 3 in a cot.

Standard Room - 5th Sleeper and Water or Pool View Room - 5th Sleeper, with 1 queen-size beds and 1 child-size pull-down sleeper sofa, sleeping maximum 4 adults, or 2 adults and 2 children, plus one child under 3 in a cot.

Use of the Walt Disney World Resort Transportation System is included in your stay. Self-parking available approx $20 including tax per night (payable locally, subject to change).

Your next holiday is only a click away - our website has thousands of hand-picked options ready to book. But if you need more help, just give us a call on 0344 472 9499.