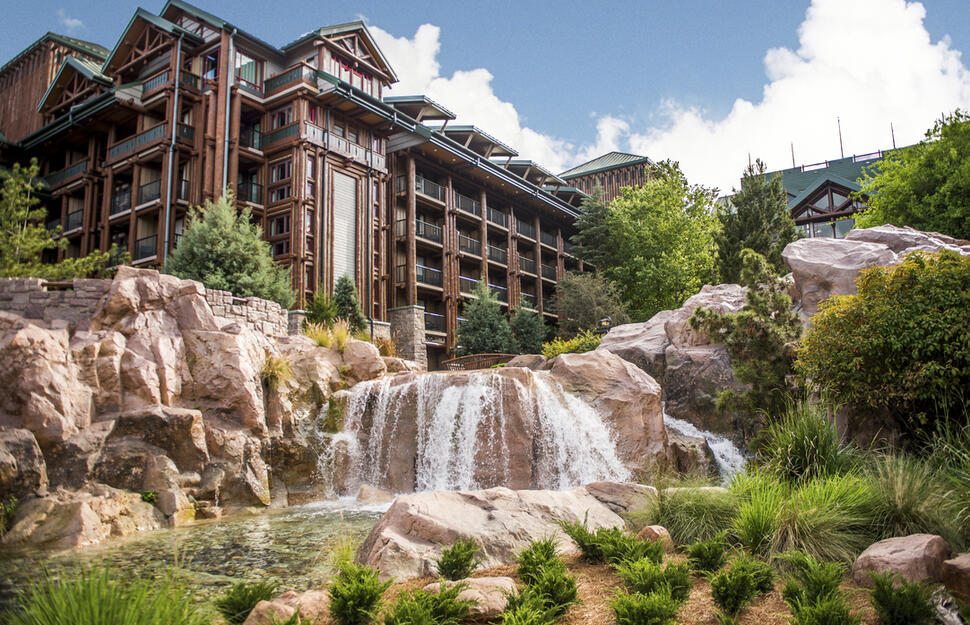 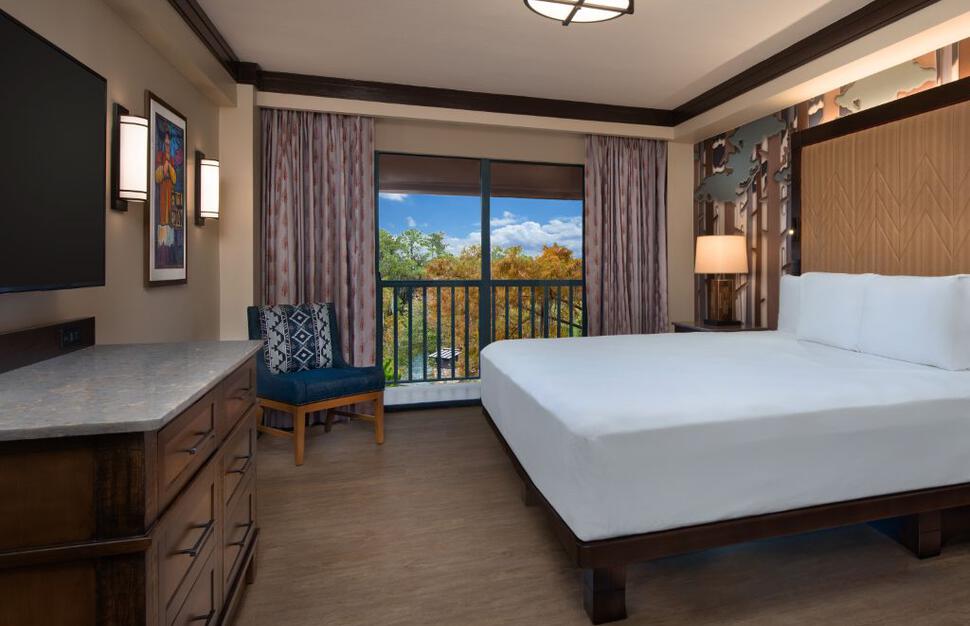 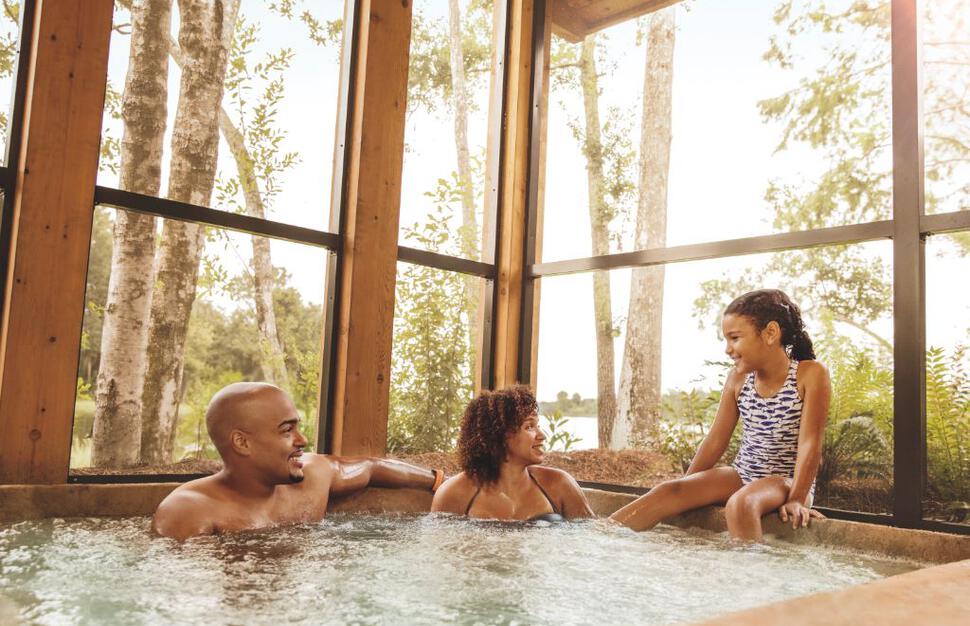 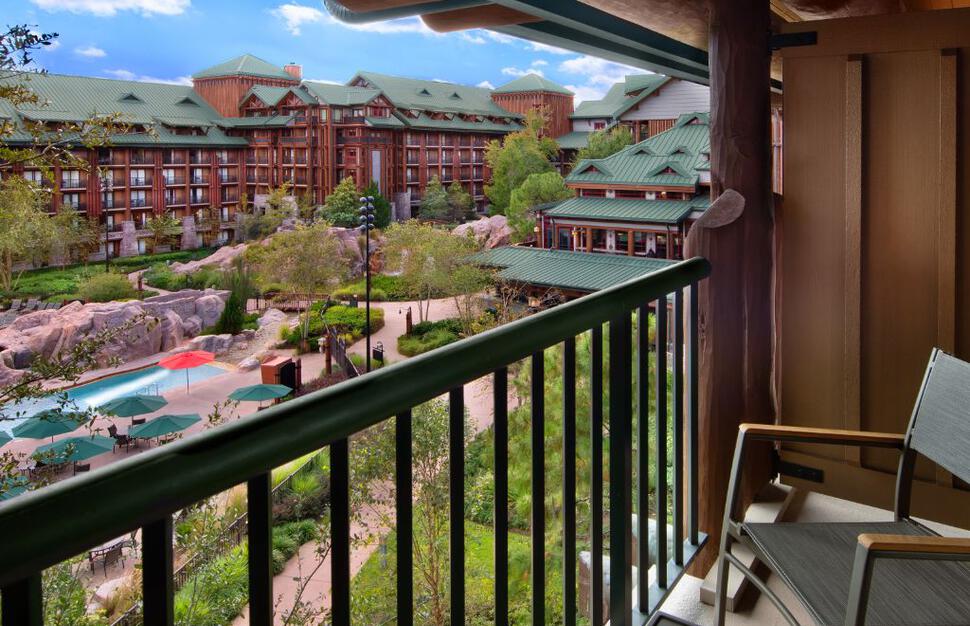 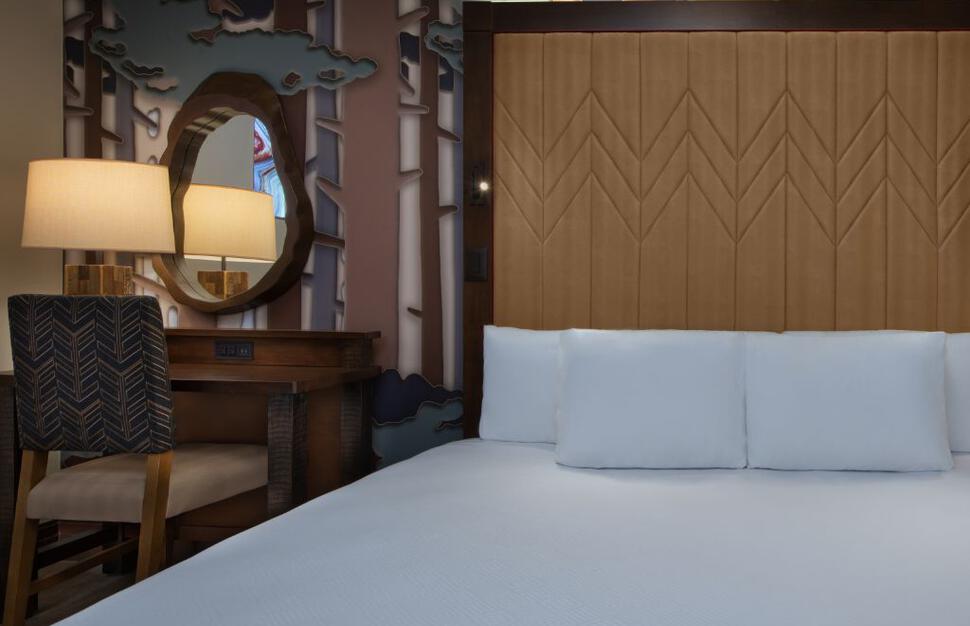 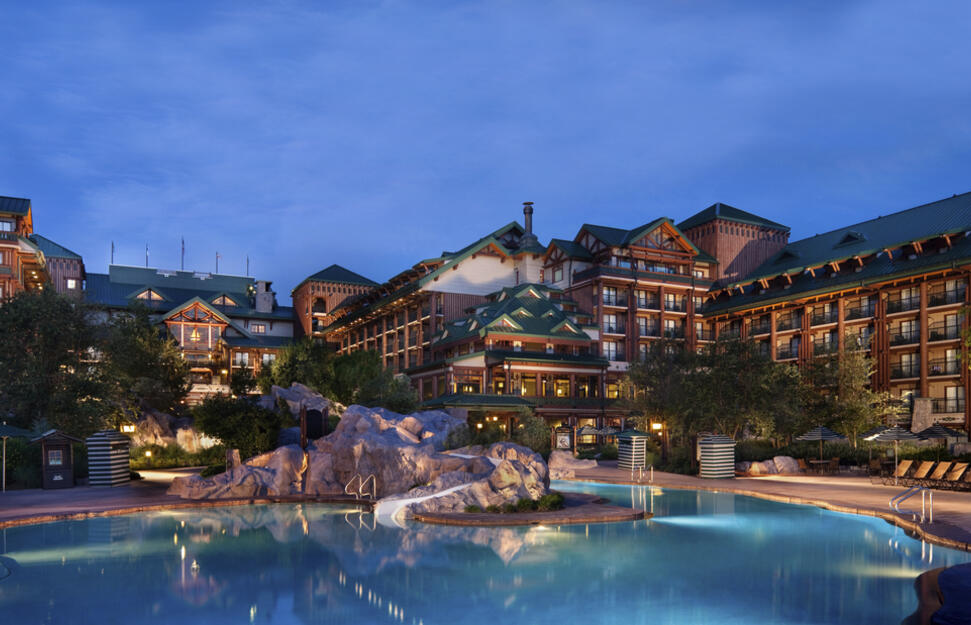 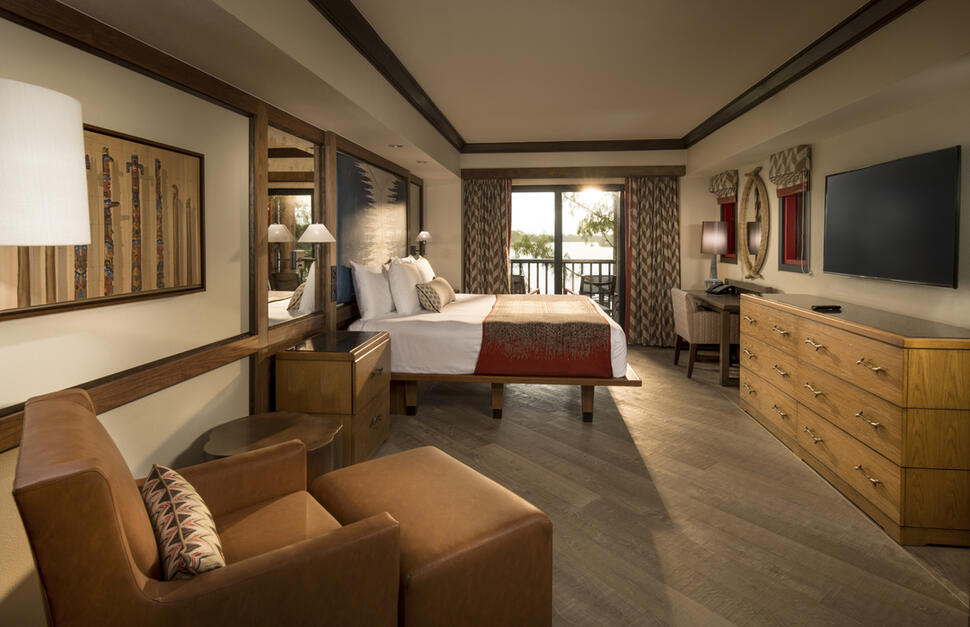 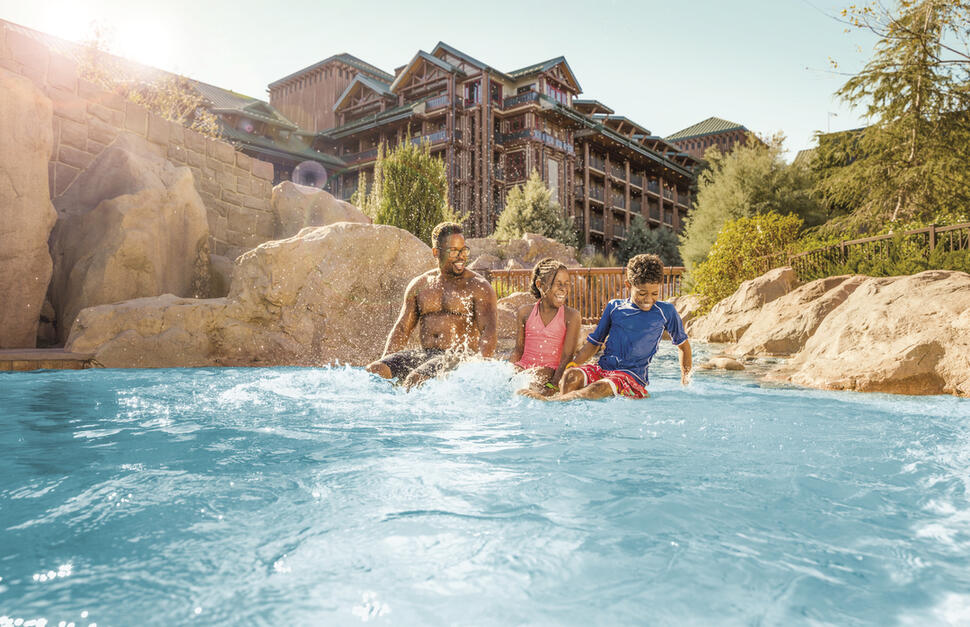 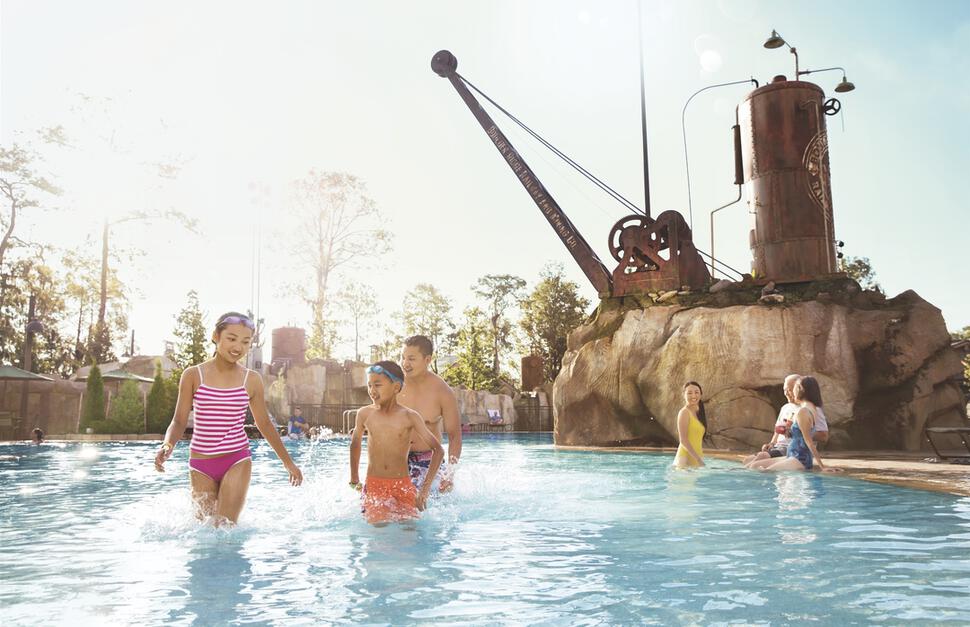 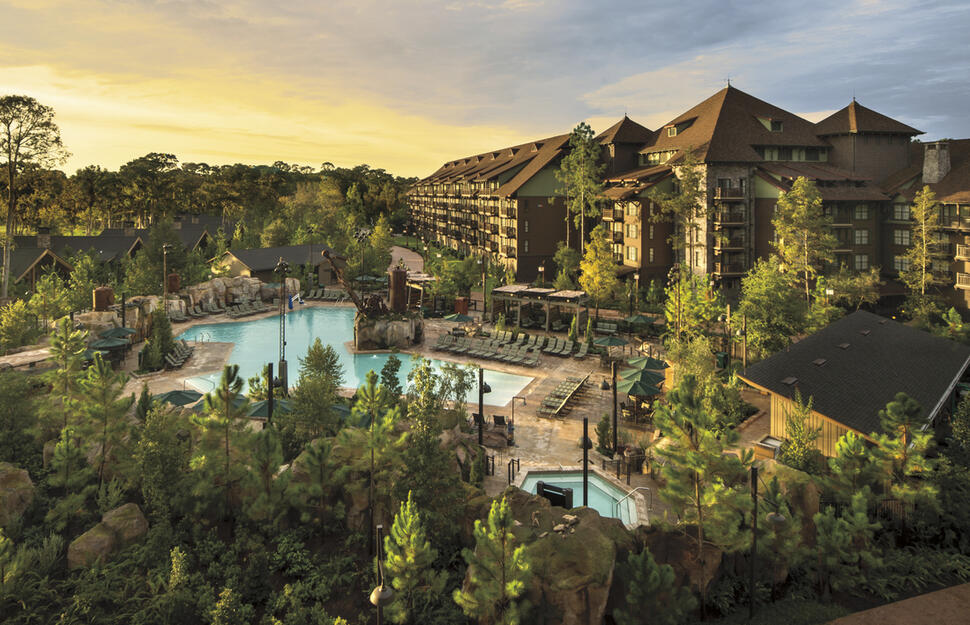 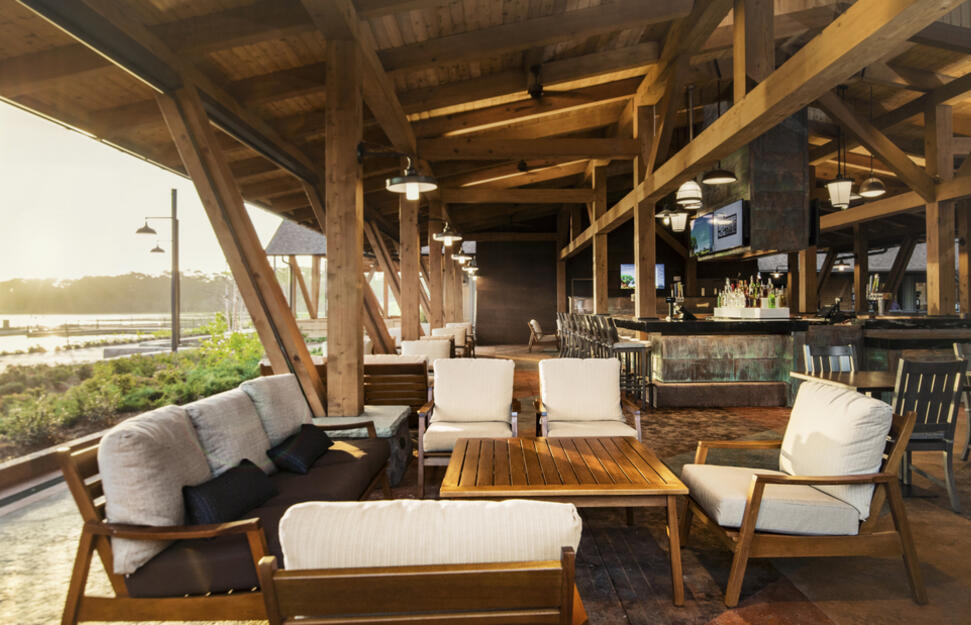 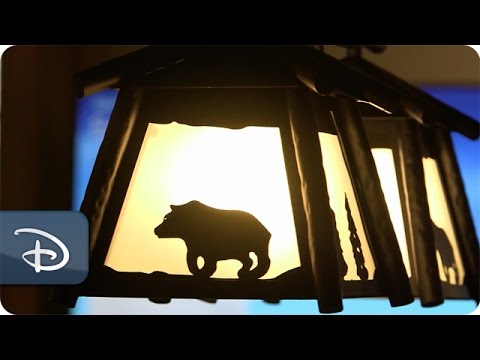 The wilderness has never been more wonderful than at Disney's Wilderness Lodge! The majesty and grandeur of the great American Northwest echo throughout this relaxing mountain retreat and will appeal to every member of the family. Bubbling springs, authentic Native American carvings and an inspiring décor take you back in time to the historic national park lodges of yesteryear. Scenic wonders are everywhere, from fantastically themed restaurants to an amazing geyser faithfully shooting water 12-storeys high every hour! The kids will love the totem pole in the lobby, carved with all their favourite Disney characters. In fact, there's endless fun to be had here for everyone, both day and night!

727 rooms on 8 floors in 1 building with 7 lifts. All have air-conditioning, cable TV with Disney Channel, safe, mini-fridge, hairdryer, iron and board. Standard Rooms have 2 queen-size beds, sleeping maximum 4 adults, or 2 adults and 2 children, plus a child under 3 in a cot.

Nature View Rooms have 2 queen-size beds or 1 queen-size bed and 1 bunk bed, sleeping maximum 4 adults, or 2 adults and 2 children, plus a child under 3 in a cot.

Courtyard View Rooms with 2 queen-size beds or 1 king-size bed, sleeping maximum 4 adults, or 2 adults and 2 children, plus a child under 3 in a cot.

Boulder Ridge Villa Deluxe Studios sleep maximum 3 adults and 2 children, plus a child under 3 in a cot.

Copper Creek Villa Deluxe Studios sleep maximum 4 adults or 2 adults and 3 children, plus a child under 3 in a cot.

Boulder Ridge 1 Bedroom Villas sleep maximum 3 adults or 2 adults and 3 children, plus a child under 3 in a cot.

Copper Creek 1 Bedroom Villas sleep maximum 4 adults, or 2 adults and 3 children, plus a child under 3 in a cot.

Boulder Ridge and Copper Creek 2 Bedroom Villas sleep maximum 7 adults or 2 adults and 6 children, plus a child under 3 in a cot.

Use of the Walt Disney World Resort Transportation System is included in your stay. Self-parking available approx $25 including tax per night (payable locally, subject to change).