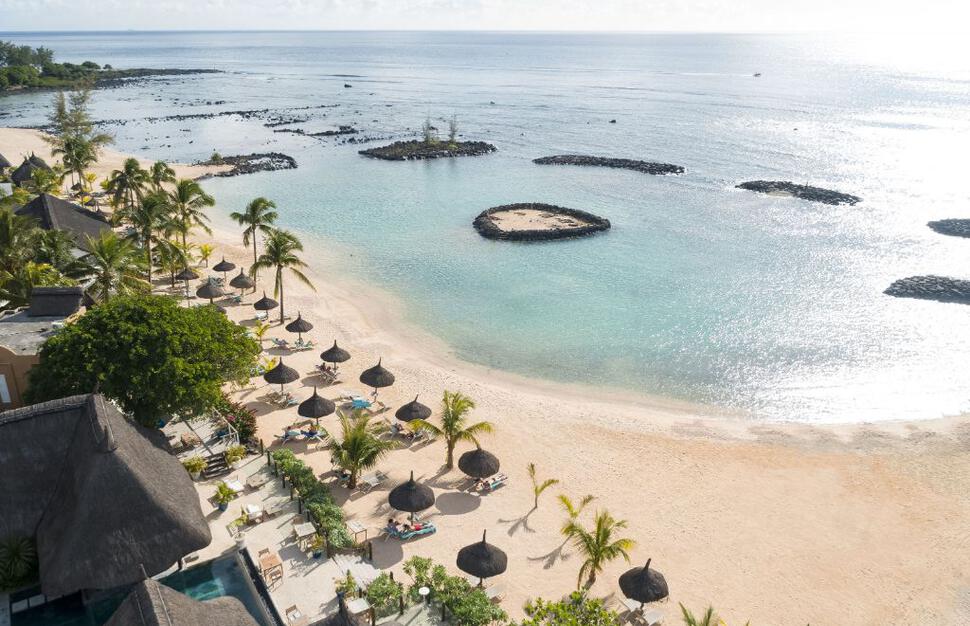 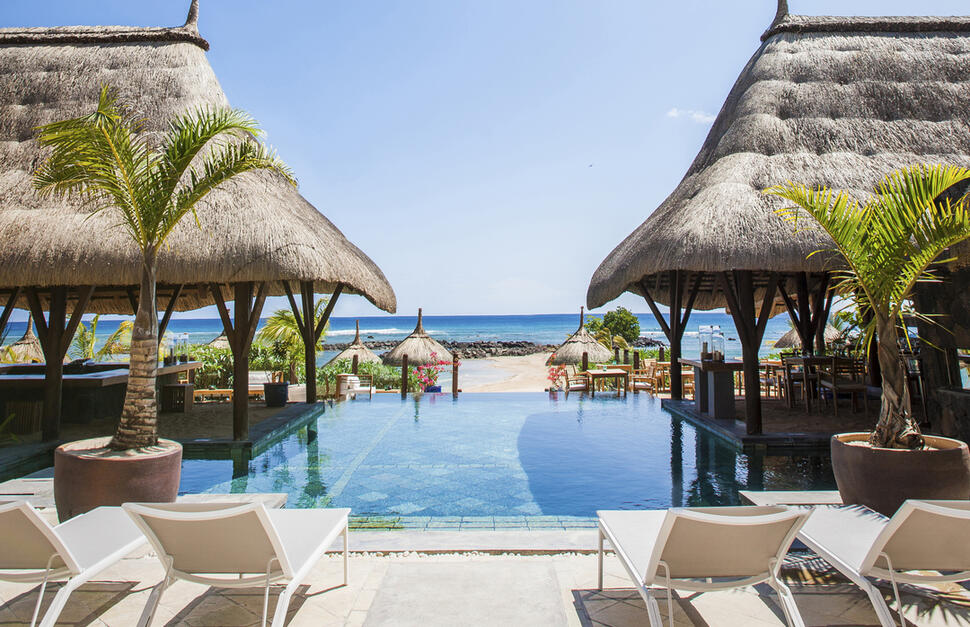 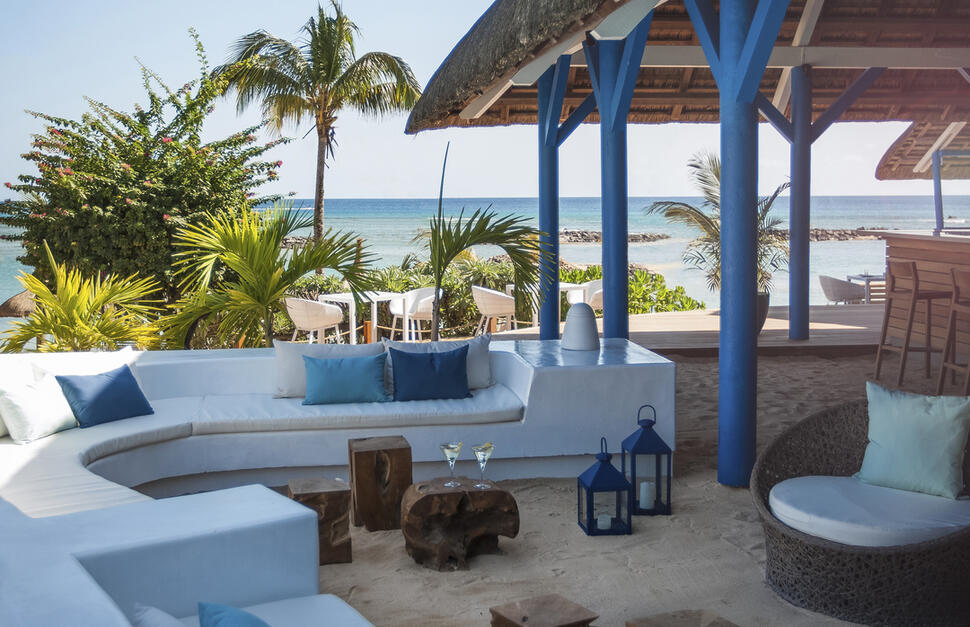 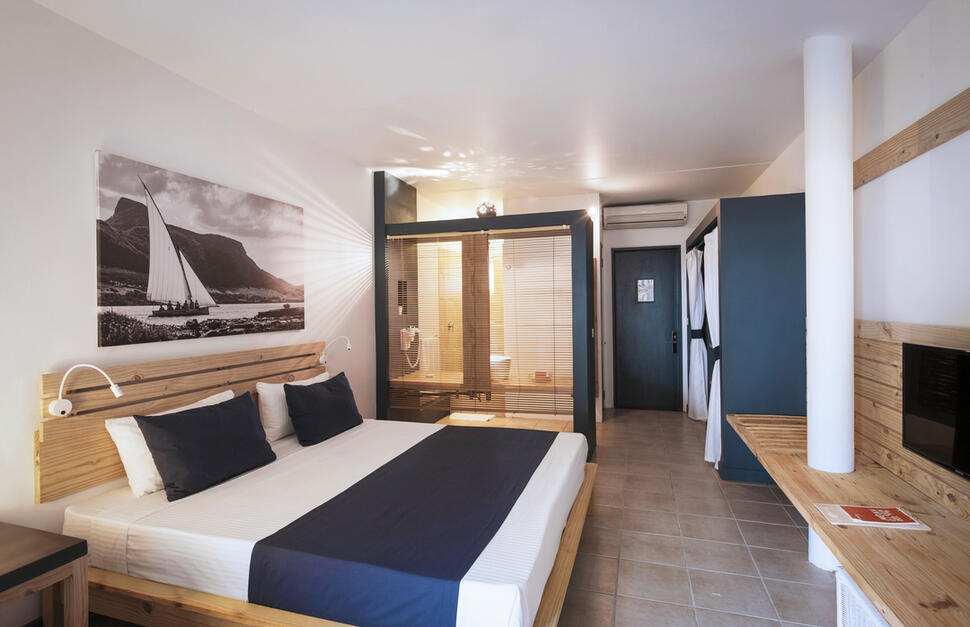 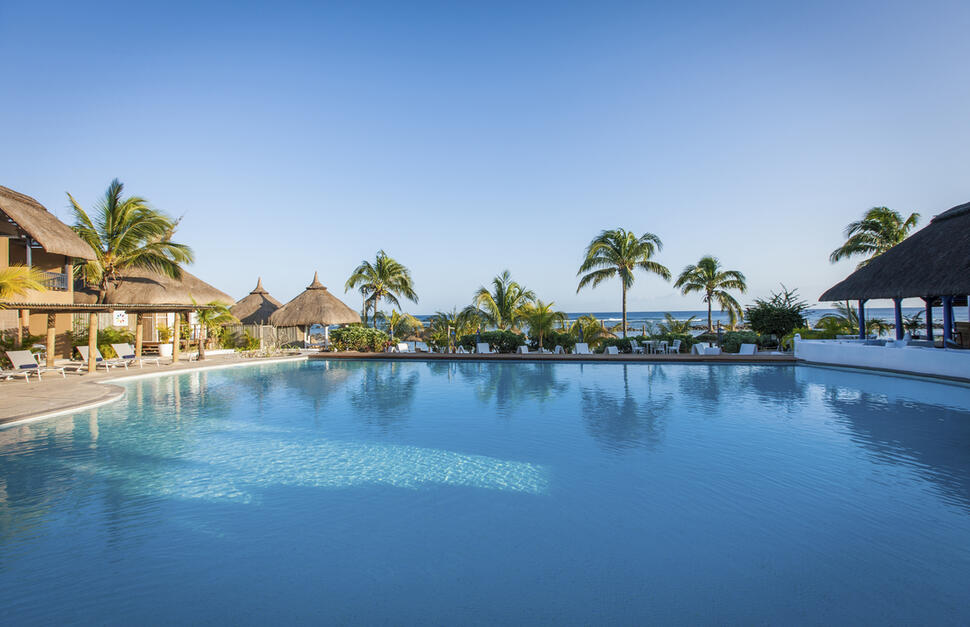 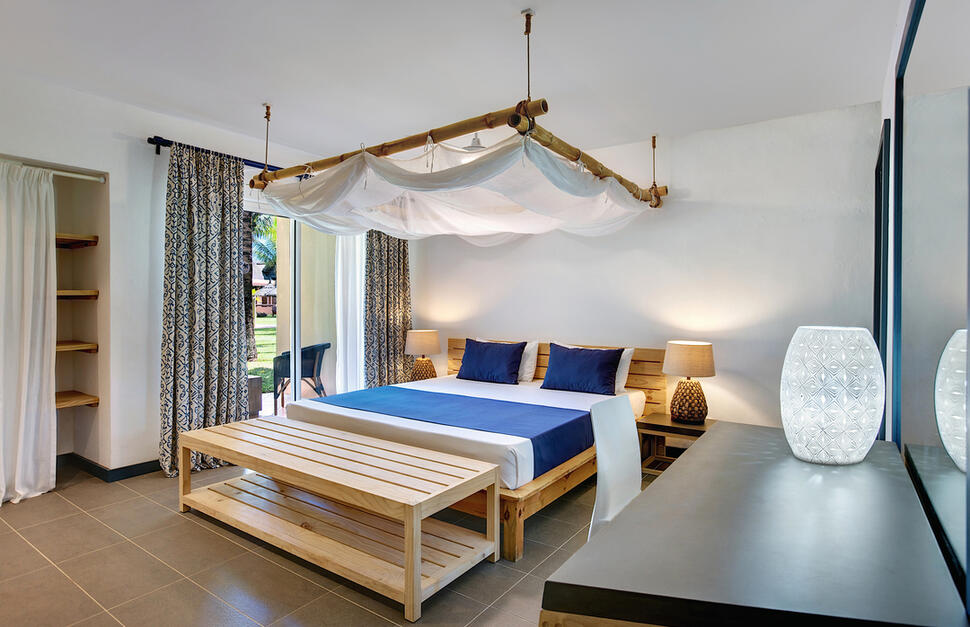 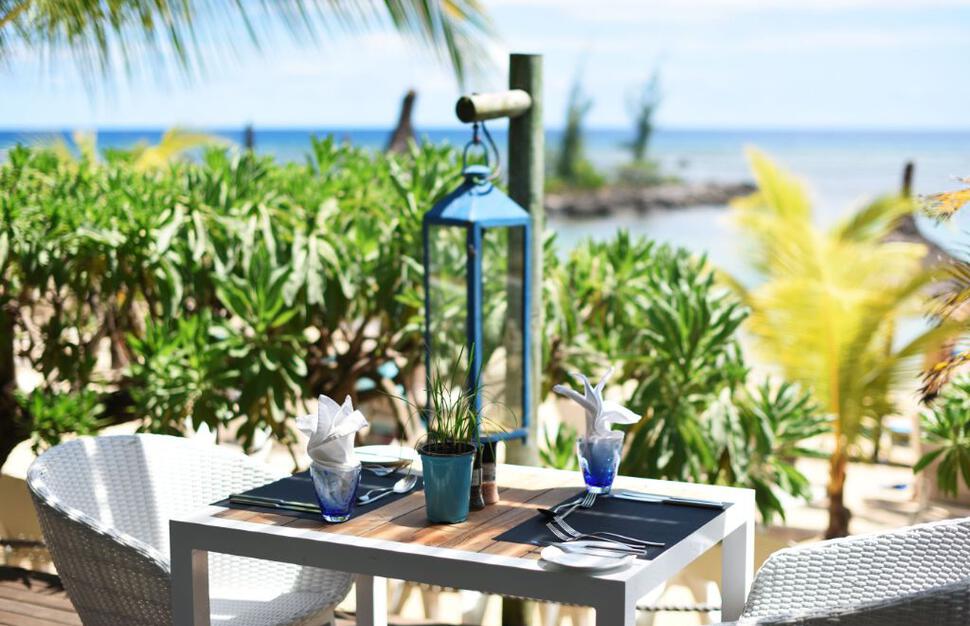 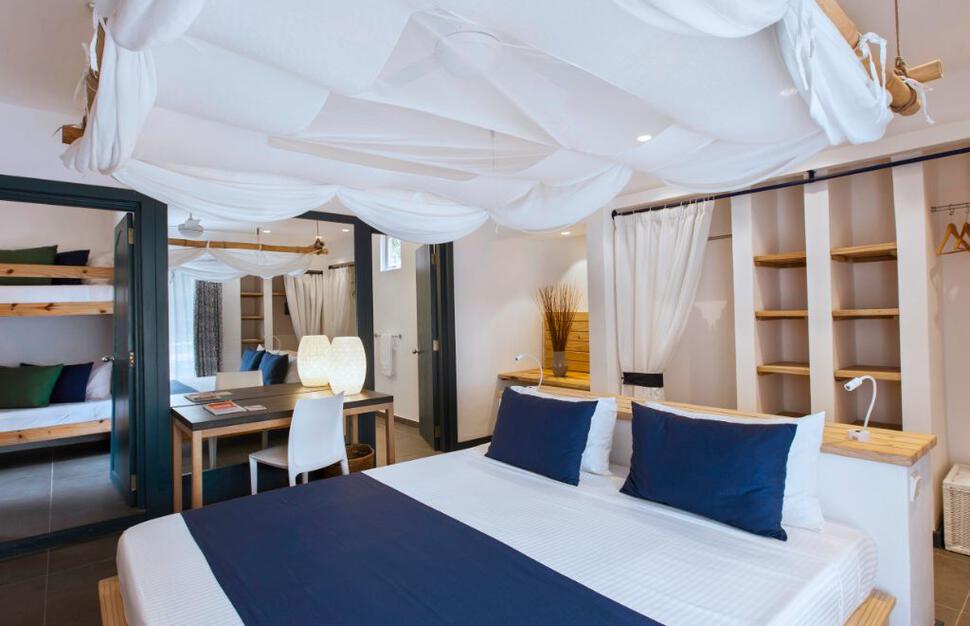 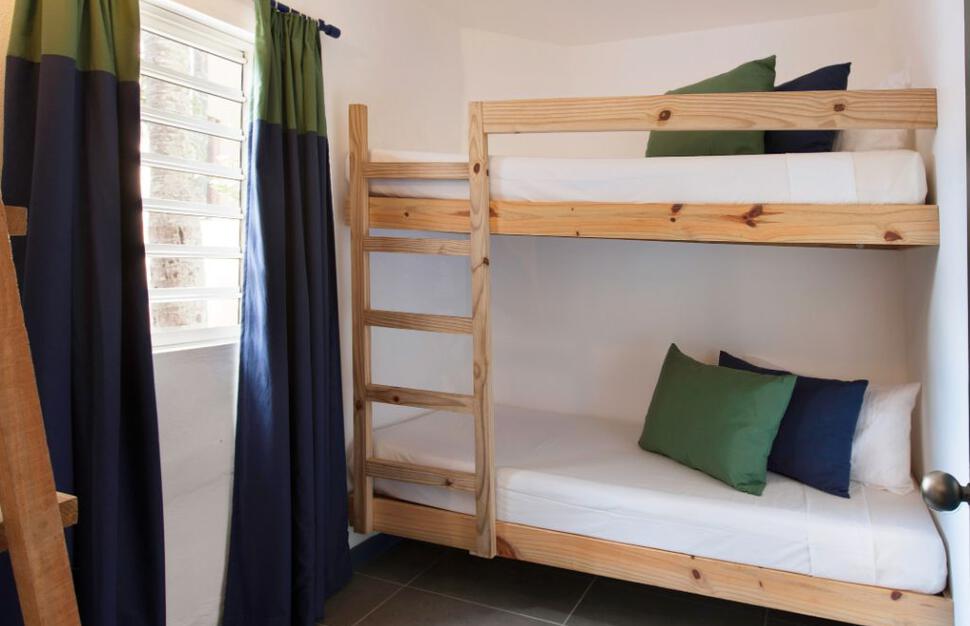 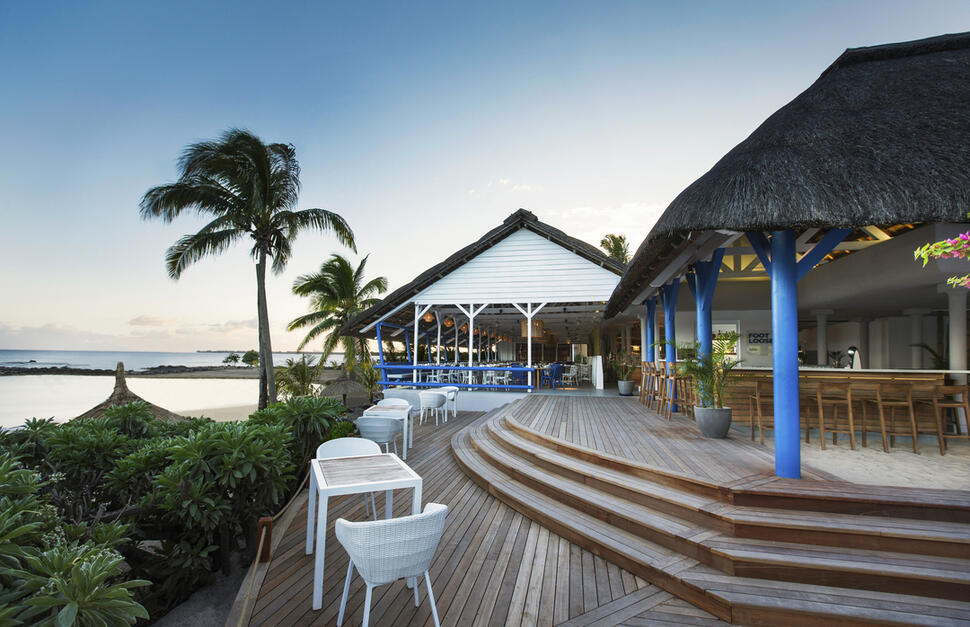 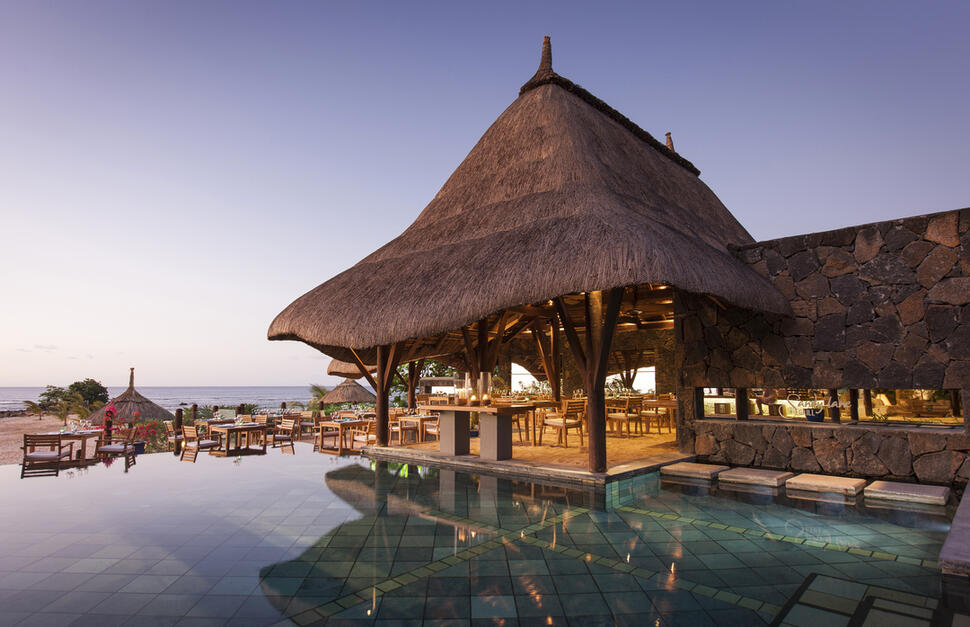 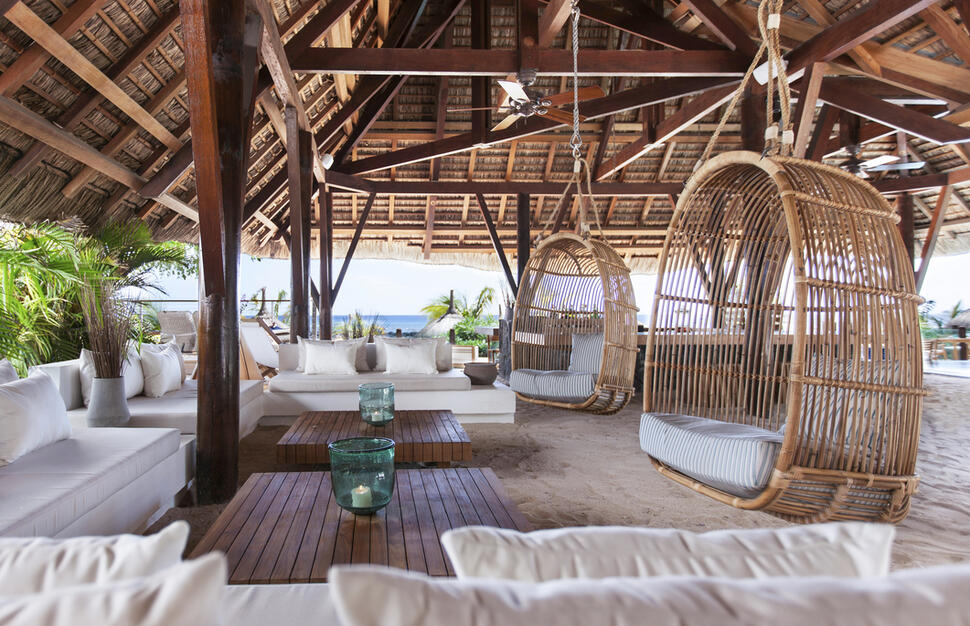 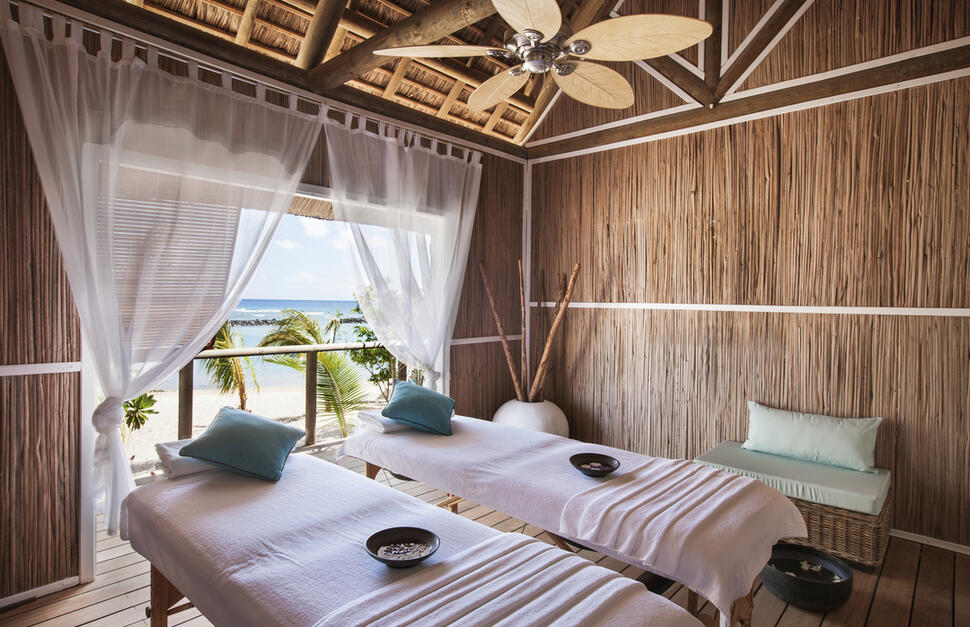 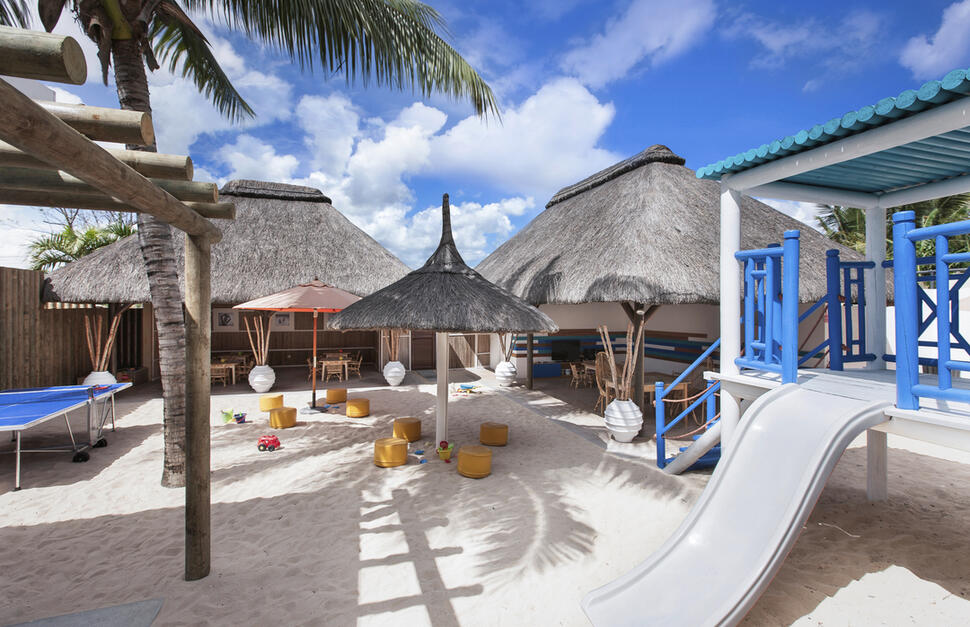 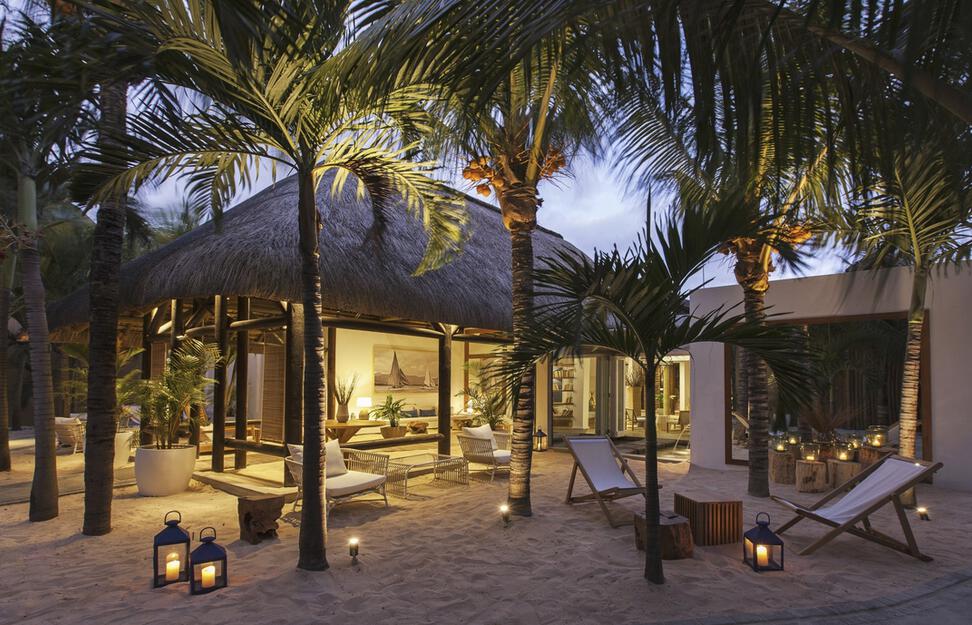 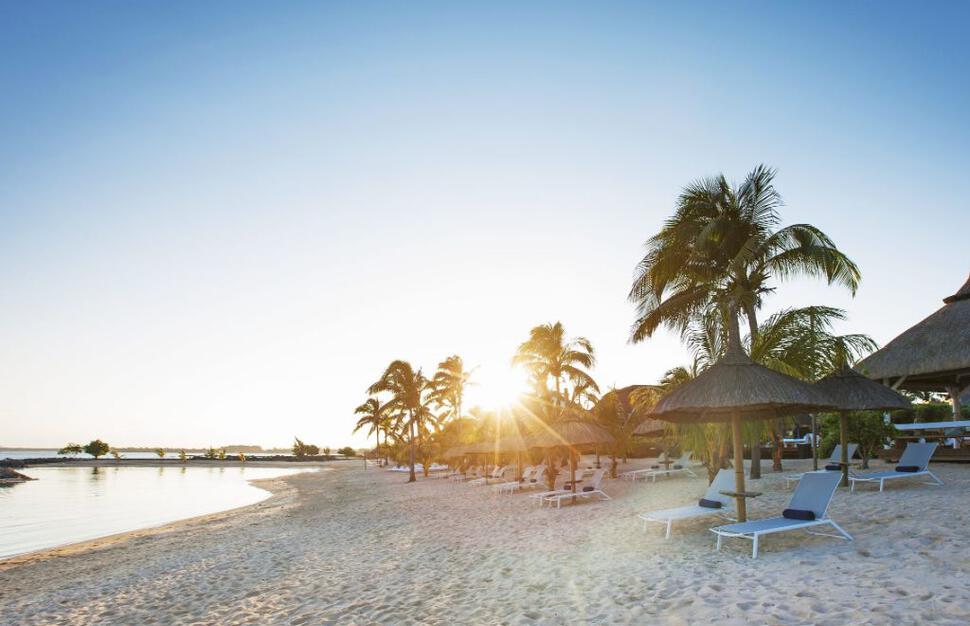 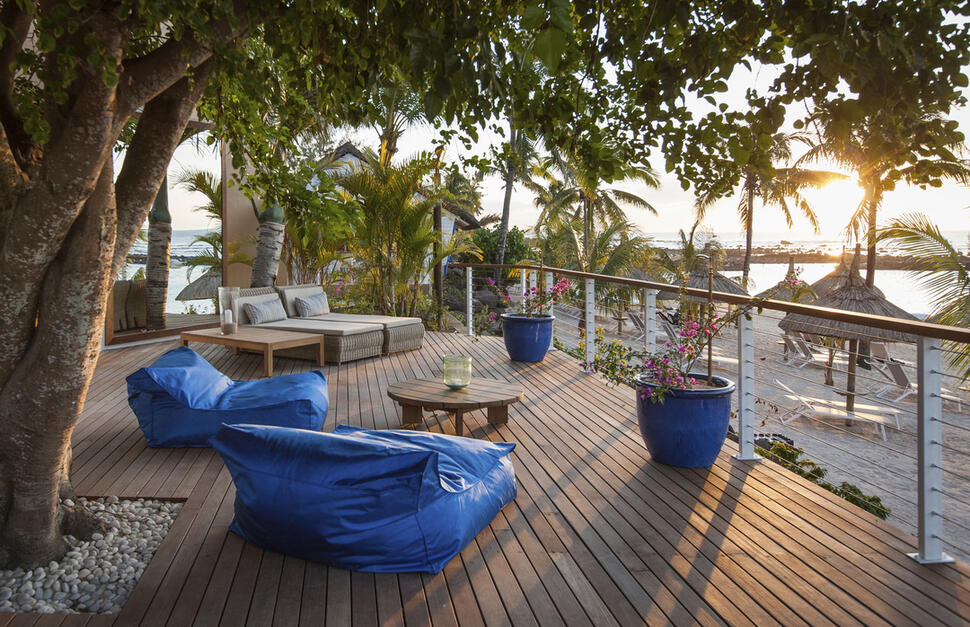 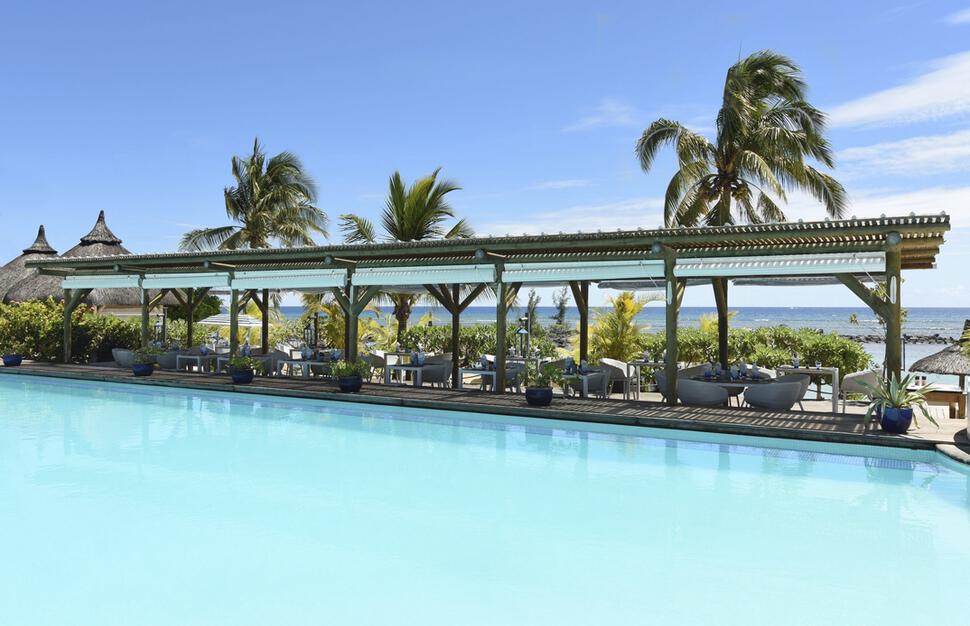 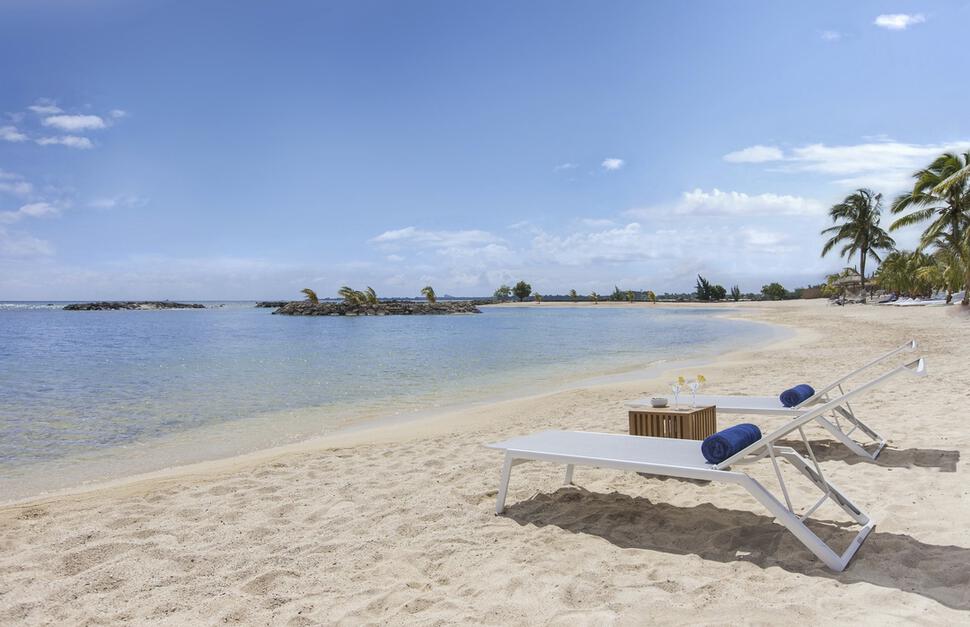 With an informal and tropical atmosphere and set on one of the most beautiful coastlines in Mauritius, this is your chance to live like Robinson Crusoe, in complete harmony with your surrounds. Veranda Pointe aux Biches is a boutique hotel with two distinct sections — one catering for families and the other an adult-only section, with its own à la carte restaurant, pool and bar. Rooms are furnished in natural, earthy tones to ensure supreme relaxation and have a terrace or balcony to admire the stunning views. Dedicated family rooms with an adjoining room for the children, give this hotel even more versatility. Adults and children alike will love the great selection of all inclusive amenities and the swimming pools — the main pool, a kids' pool at the kids' club and an adults-only infinity pool located at the Sandy Lane section of the hotel. Senses Restaurant overlooks the sea and coral reef and serves Mauritian specialities buffet-style, whilst Foot Loose Bar features an al-fresco deck overlooking the lagoon and is perfect for pre- and post-dinner drinks.

On the northwest coast of Mauritius, the resort overlooks the beach between Pointe aux Piments and Trou aux Biches, both famous for their pristine stretches of golden sand. Transfer time from Mauritius International Airport: Approximately 1 hour 15 minutes. Please note that if taking a seat in coach this may be longer depending on how many hotel stops are en route.

All Inclusive option: includes buffet breakfast and buffet or table d'hote lunch and dinner at the main Senses Restaurant. Lunch and dinner at Sun Deck with a meal credit towards food (weather permitting). All soft drinks, juices and mineral water from the bar, a selection of local beers, locally bottled spirits and house wine by the glass, plus selected cocktails (11:00am–11:00pm). Afternoon tea/coffee and pancakes or pastries. A picnic box will be available for guests leaving the resort for the day. Mini-bar (soft drinks, local juices, water and local beer, replenished once per day). Privilege Room guests can also enjoy dinner at the Sandy Lane Restaurant (daily set menu) and access the Sandy Lane Bar. All activities and entertainment, unless otherwise stated. Complimentary shuttle to Trou aux Biches 5 times per week (pre-booking at reception required).

Please note: the All Inclusive package starts from your time of arrival to time of your time of departure, irrespective of your check-in and check-out times.

Half Board includes: buffet breakfast and dinner.

Superior Rooms (available from 1 Feb '19) are larger and overlook the gardens or bay, and have 1 king-size bed or 2 twin beds, sleeping maximum 2 adults and 1 infant.

Family Rooms have 1 king-size bed and bunk beds in a separate annexe, sleeping maximum 3 adults or 2 adults, 3 children/teens and 1 infant.

Privilege Rooms are located in the Sandy Lane Village area of the resort, exclusively for adults, with access to its own pool, bar and restaurant. Rooms include balcony or terrace, flatscreen TV/DVD player and upgraded facilities, Nespresso™ coffee machine and iPod docking station, with 1 king-size bed, sleeping maximum 2 adults. The following benefits are included in Privilege Rooms: Dine Around - at either the main Senses Restaurant or at Sandy Lane (Privilege Menu, daily set dinner menu); a 15-minute welcome foot massage to be taken within first two days of your stay, plus one full-day catamaran cruise per stay, including transfers, bar and lunch on board (weather permitting, minimum 7-night stay required).

Good general access for guests who are able to walk short distances and can manage up to six steps. For more information and contact details please check out our Special Assistance page

Please note: The swimming pool, bar and restaurant at the Sandy Lane Village section of the resort are accessible to guests over the age of 18 years staying in Privilege Rooms only.