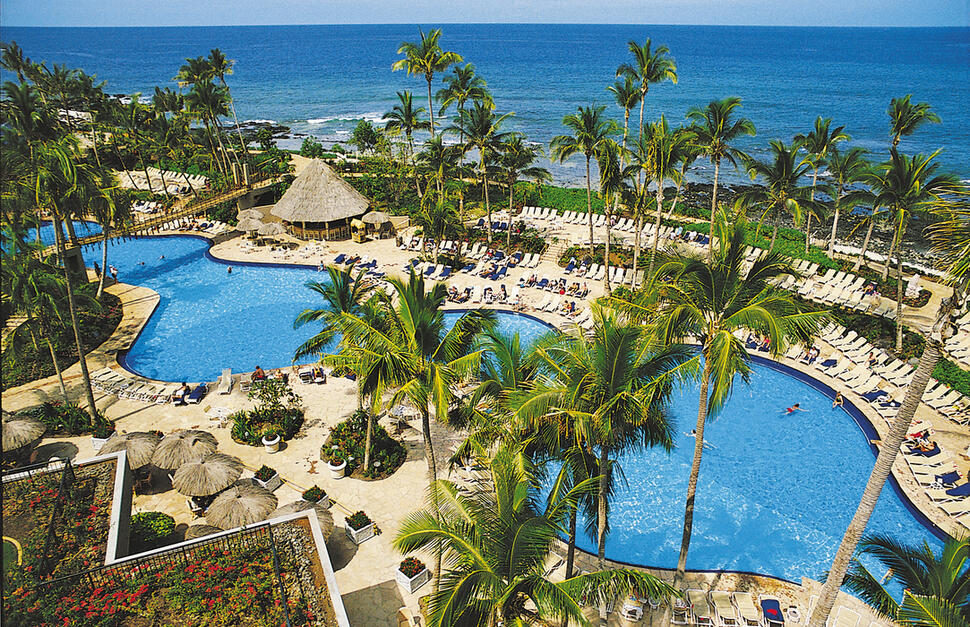 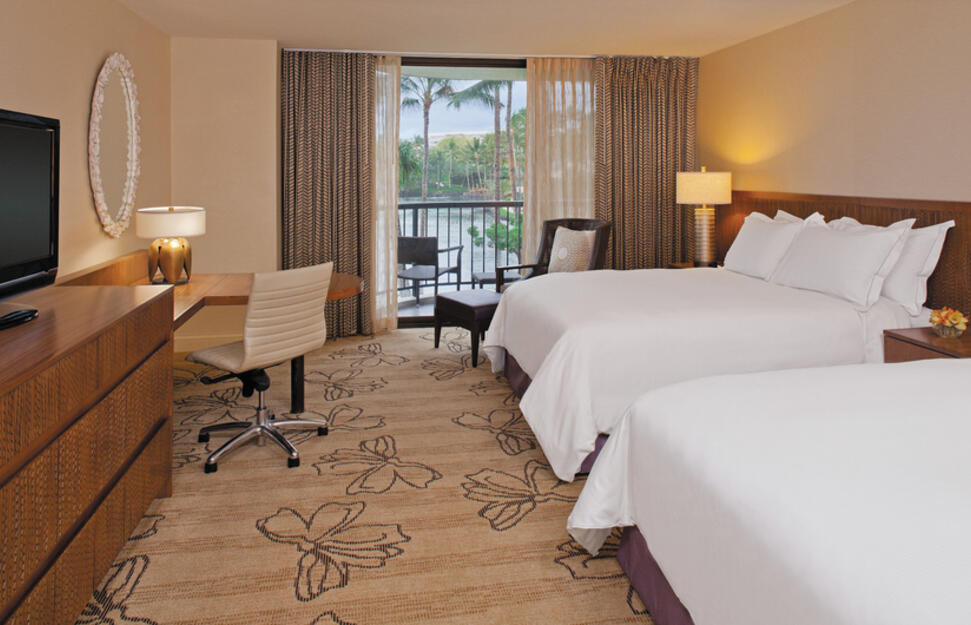 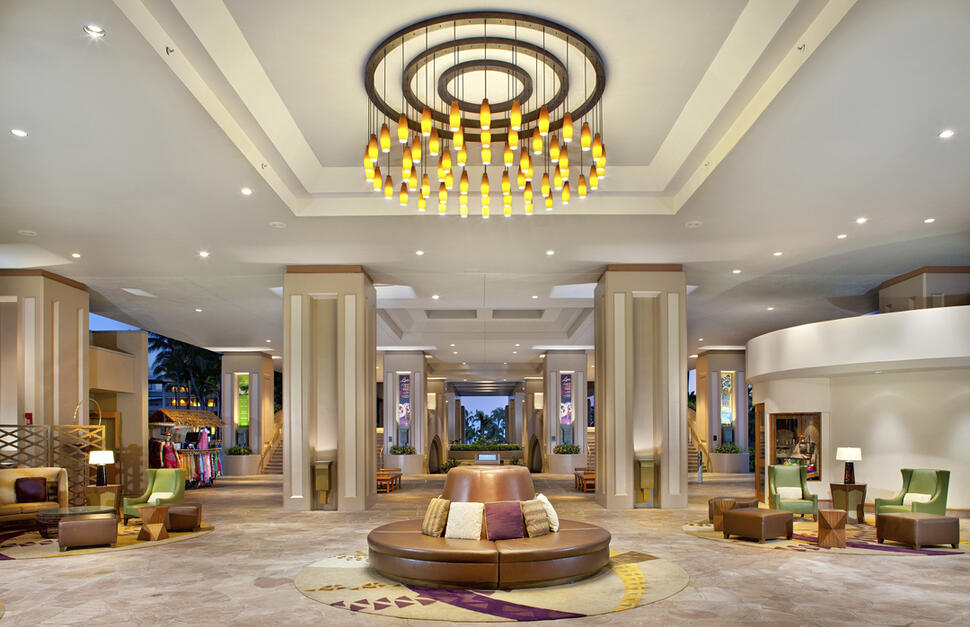 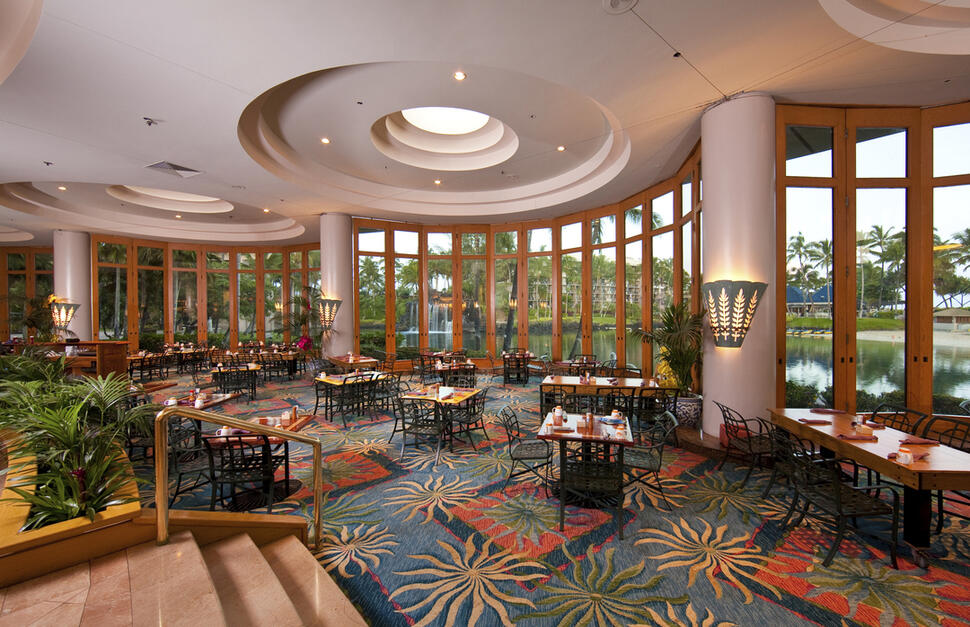 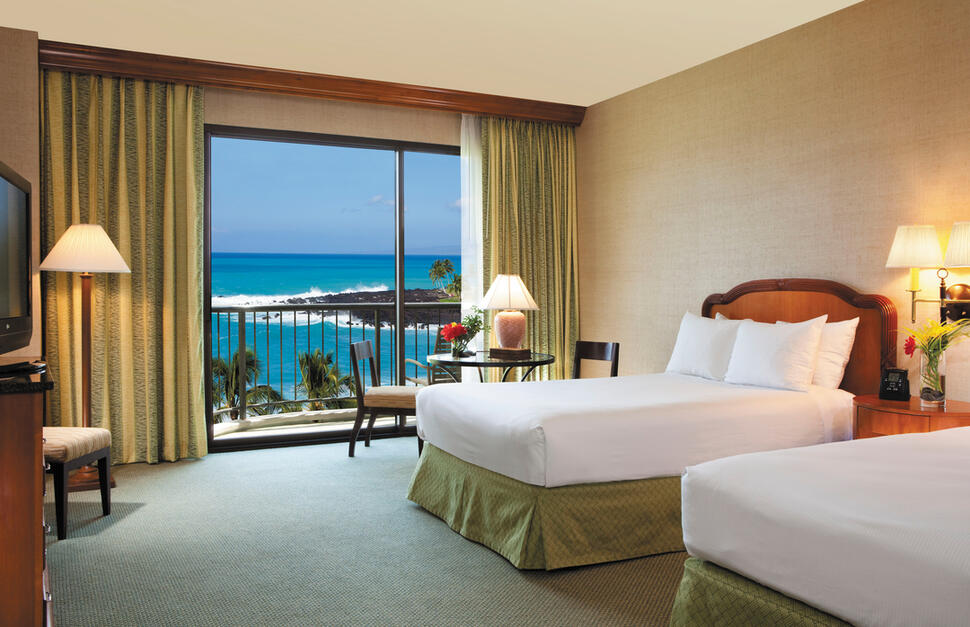 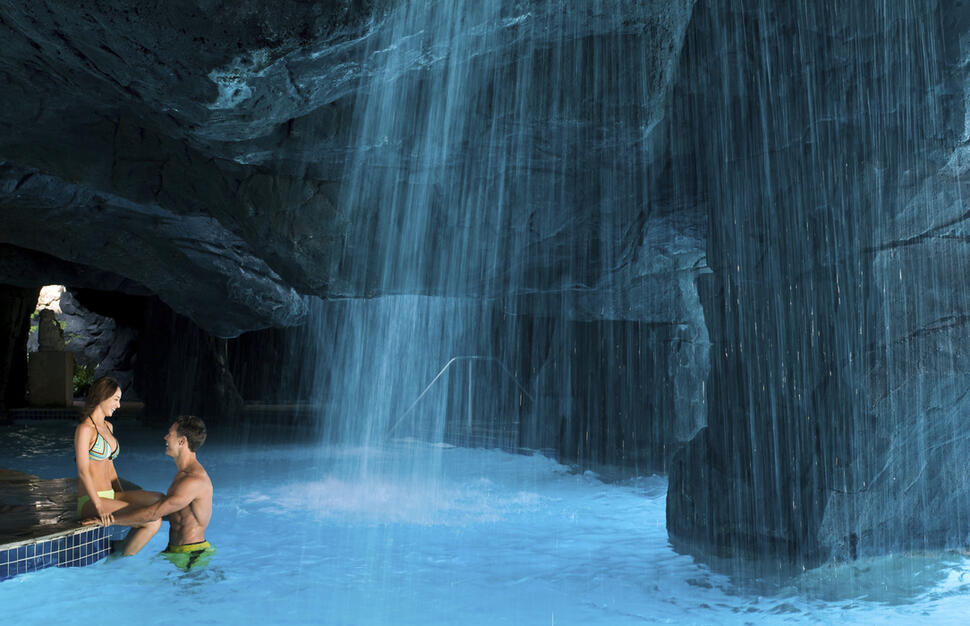 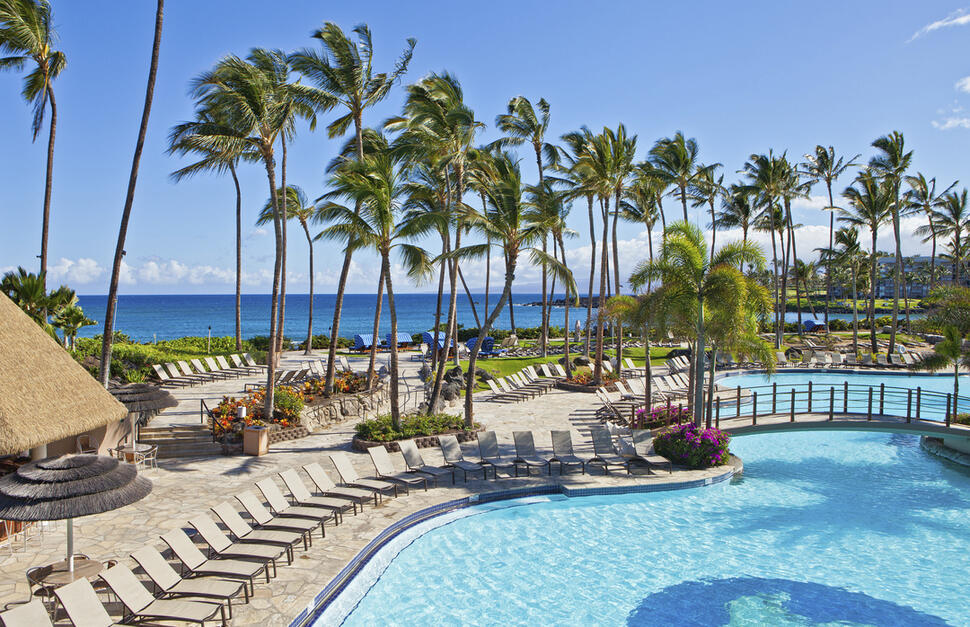 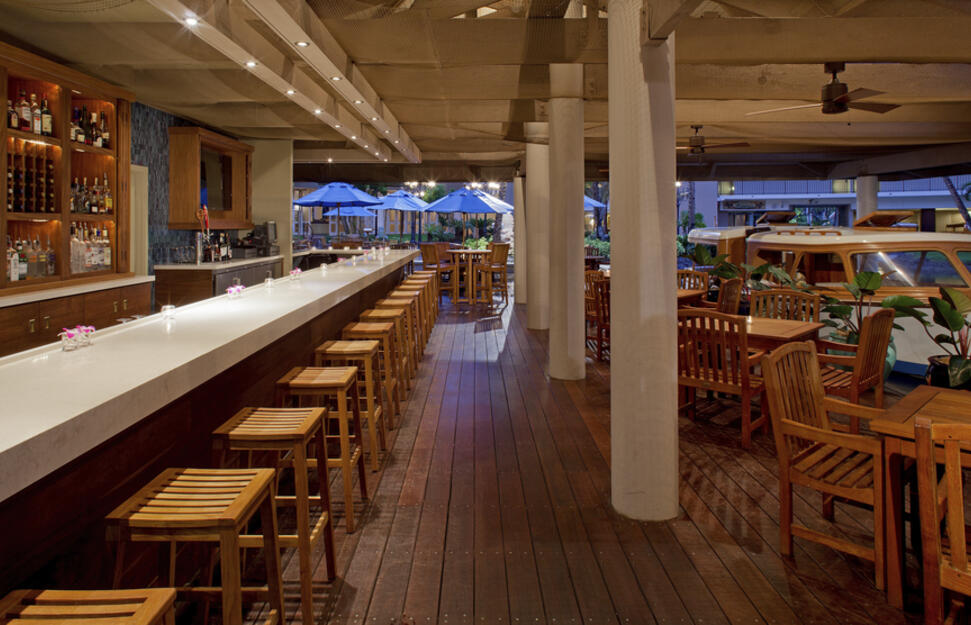 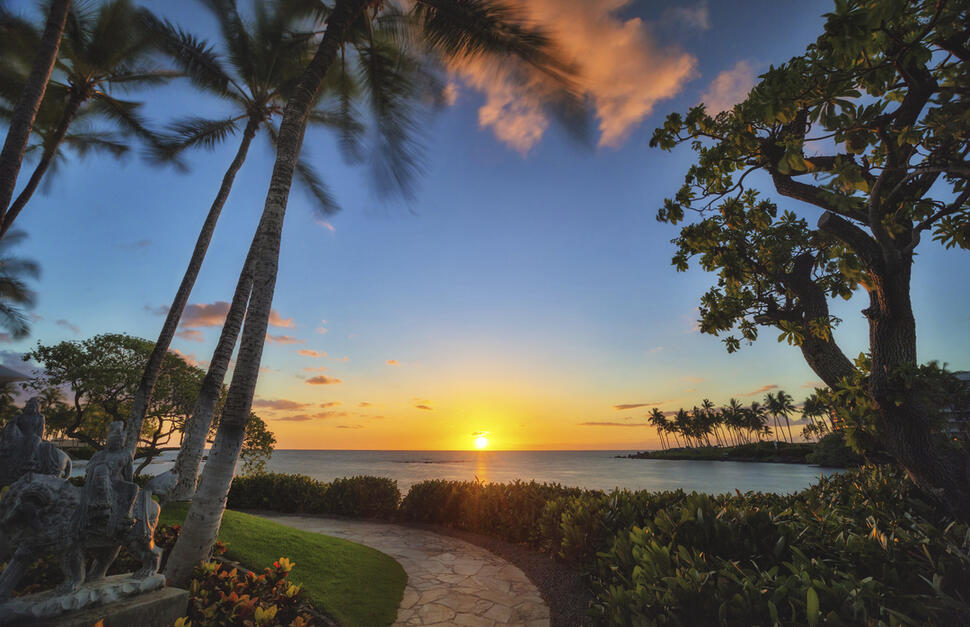 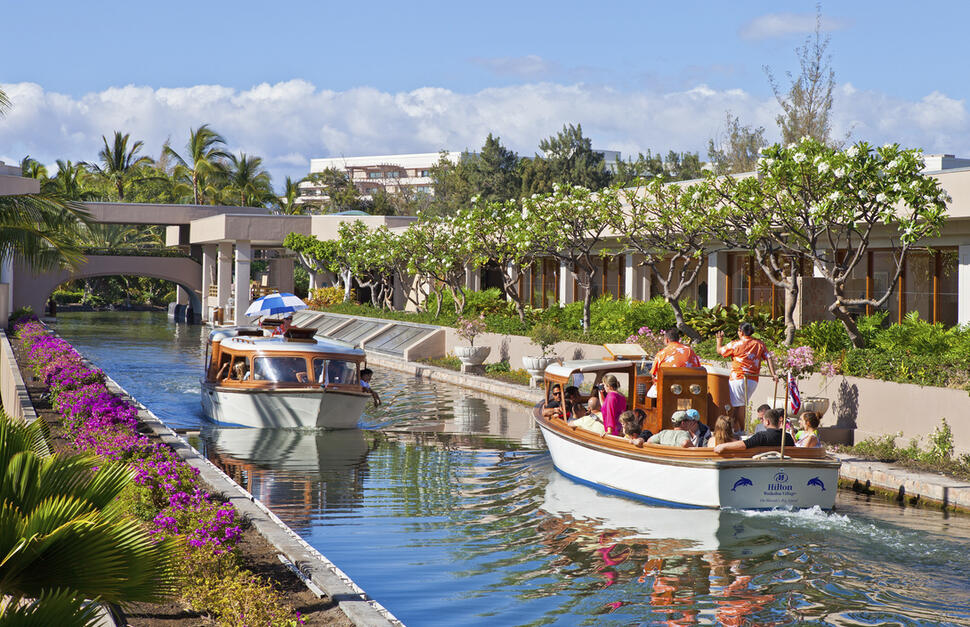 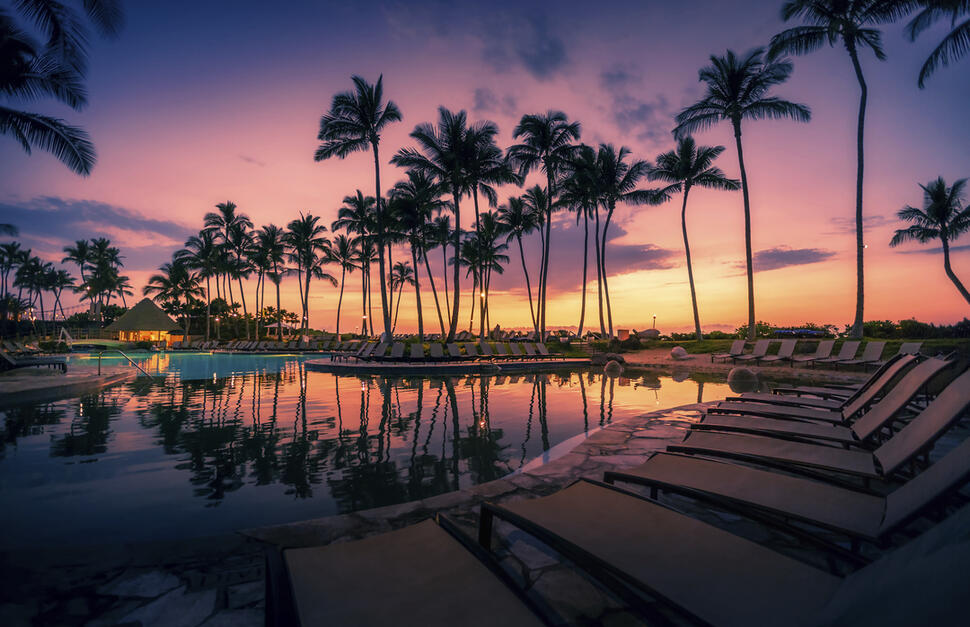 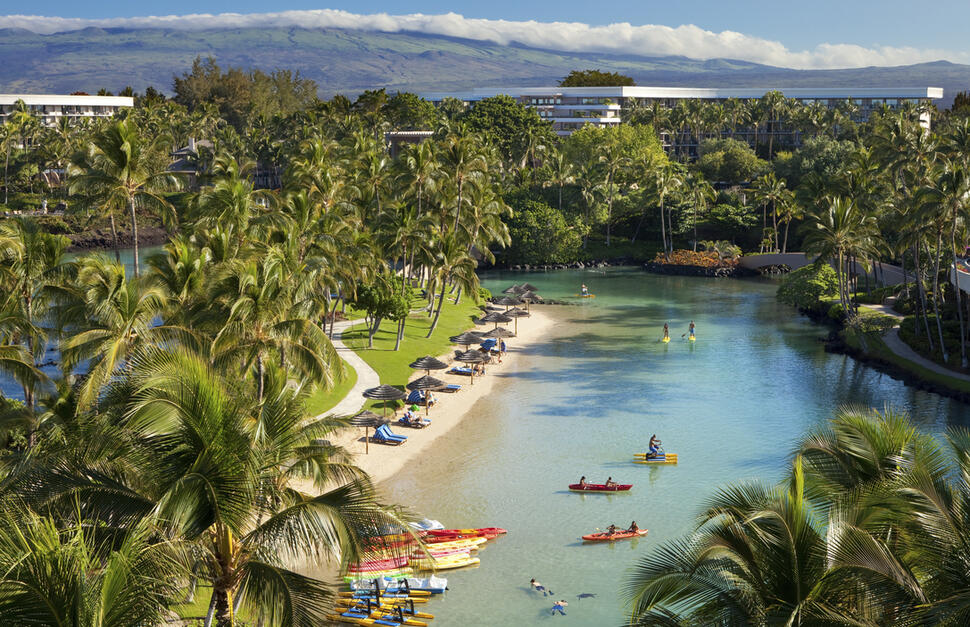 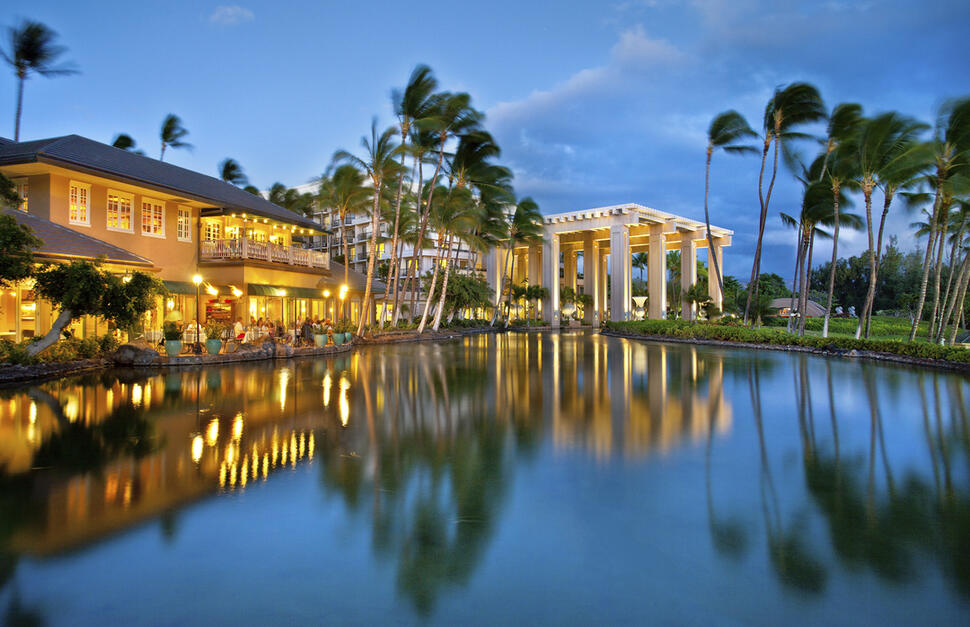 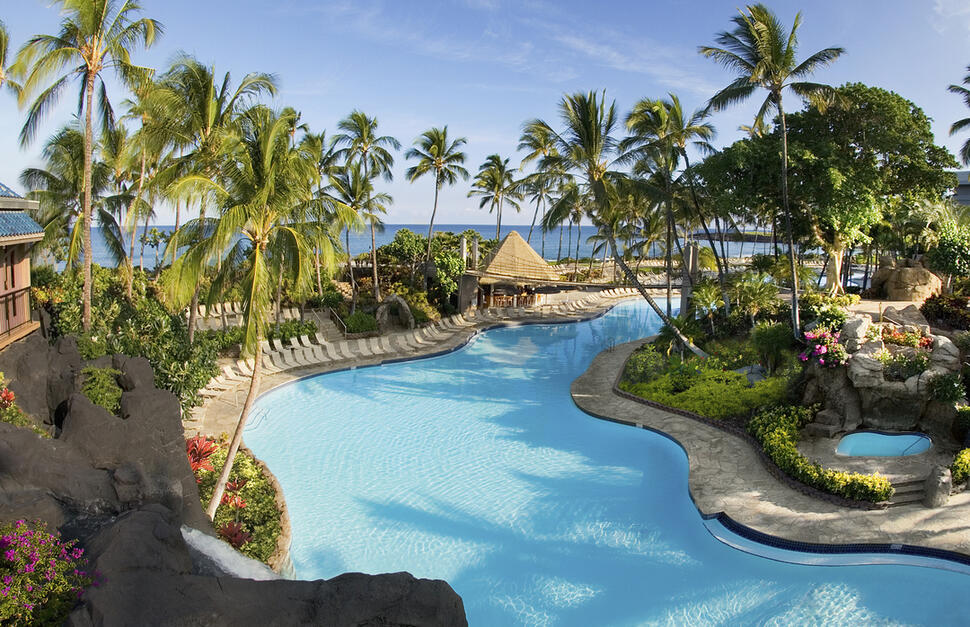 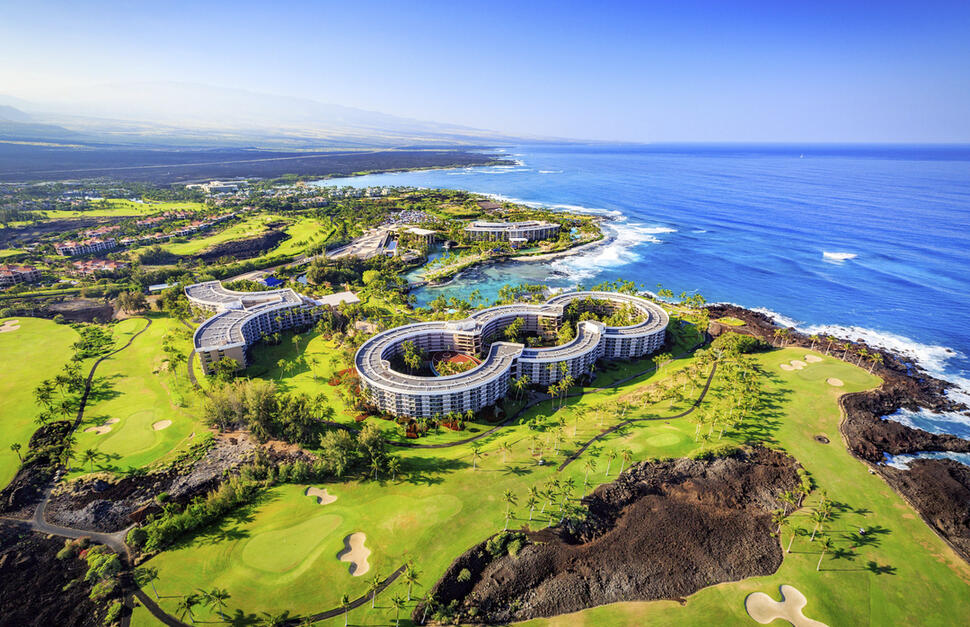 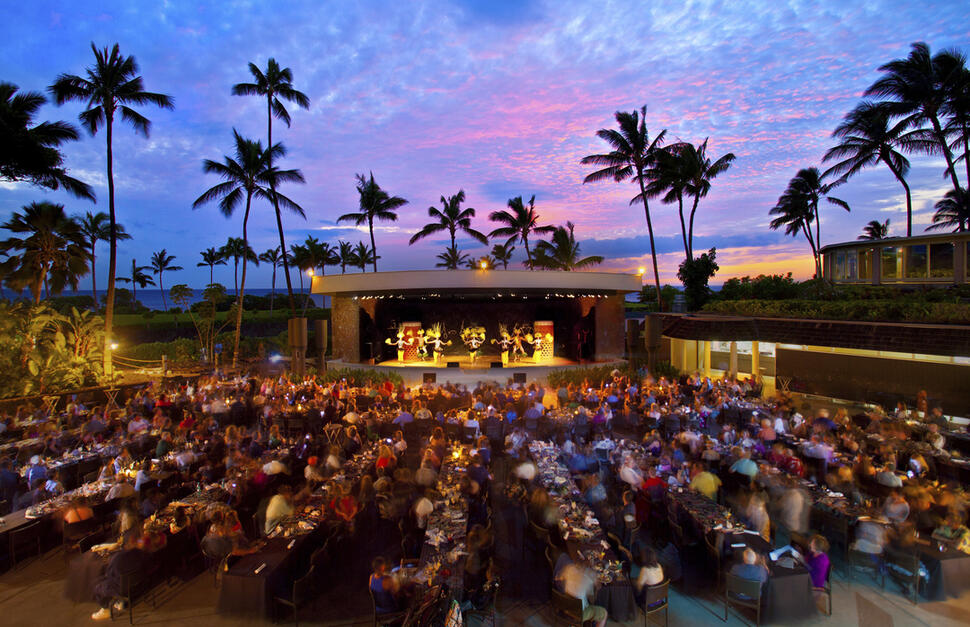 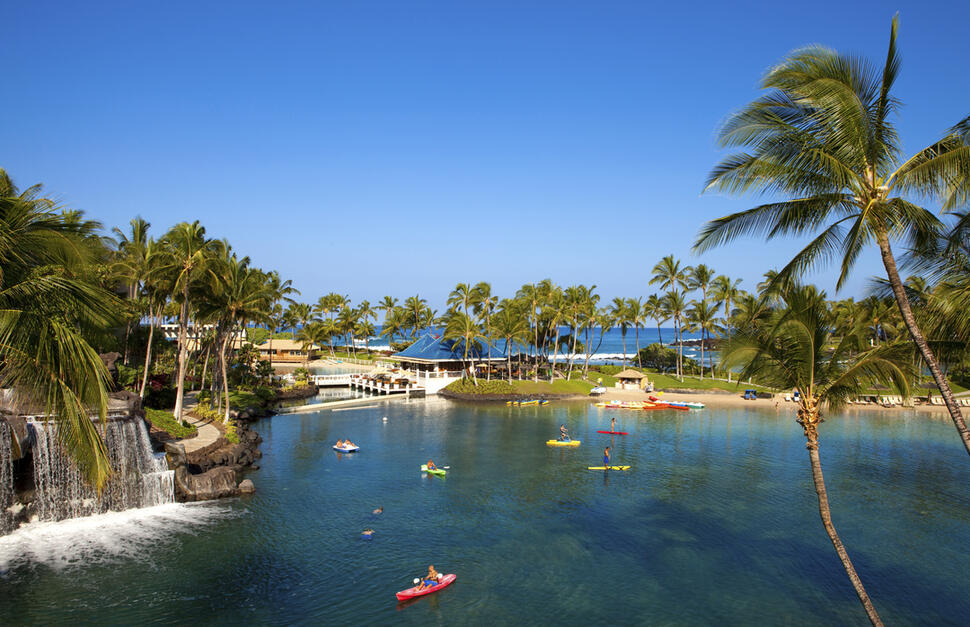 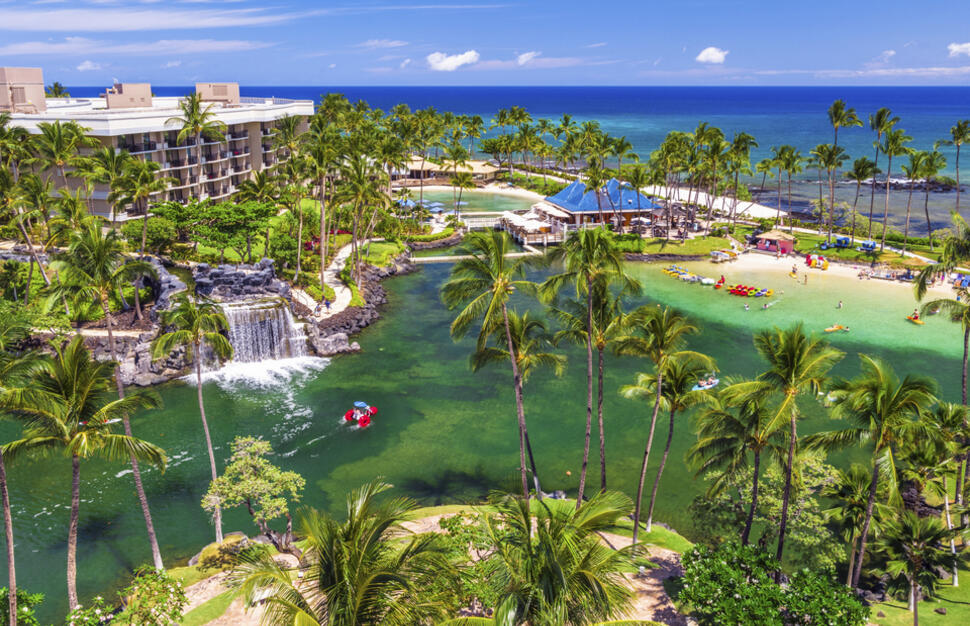 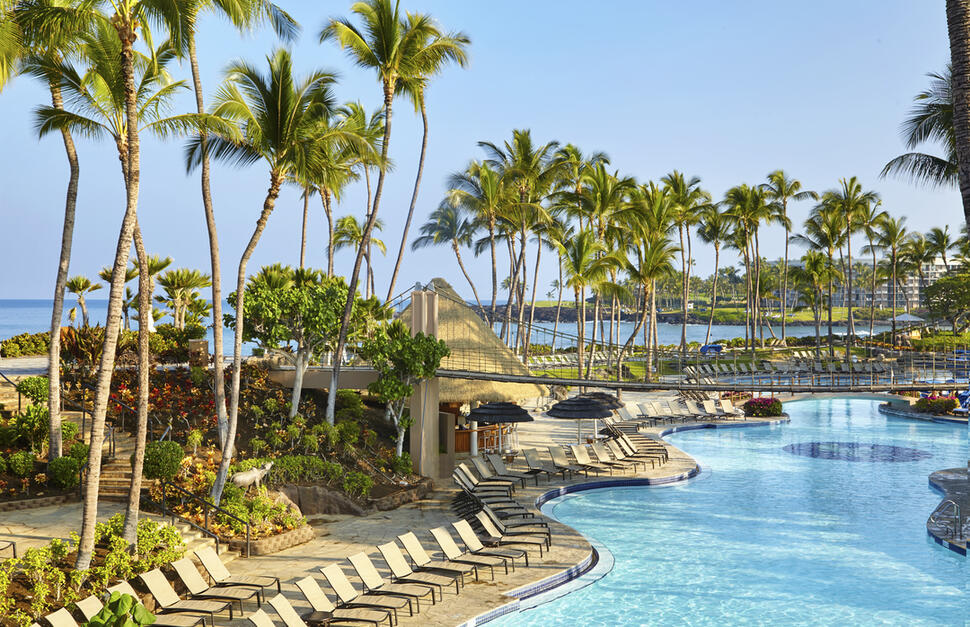 A complete destination resort, the Hilton Waikoloa Village is perhaps like no other place you've ever been to! Set in breathtaking tropical gardens, it features award-winning dining, world-class shopping and a huge range of activities covering everything from golf and tennis to water sports. As well as tranquil waterways, there are beautiful flagstone paths flanked by millions of pounds worth of Polynesian and Asian artwork. You can frolic in over four acres of freeform pools with waterfalls, a swinging rope bridge and a 175 ft water slide amongst the attractions. There are also two championship golf courses, eight tennis courts and every water sport imaginable. In fact, there's so much to see and do, you won't ever want to go home!

Resort fee $45 plus tax, per room per night, payable locally (subject to change)