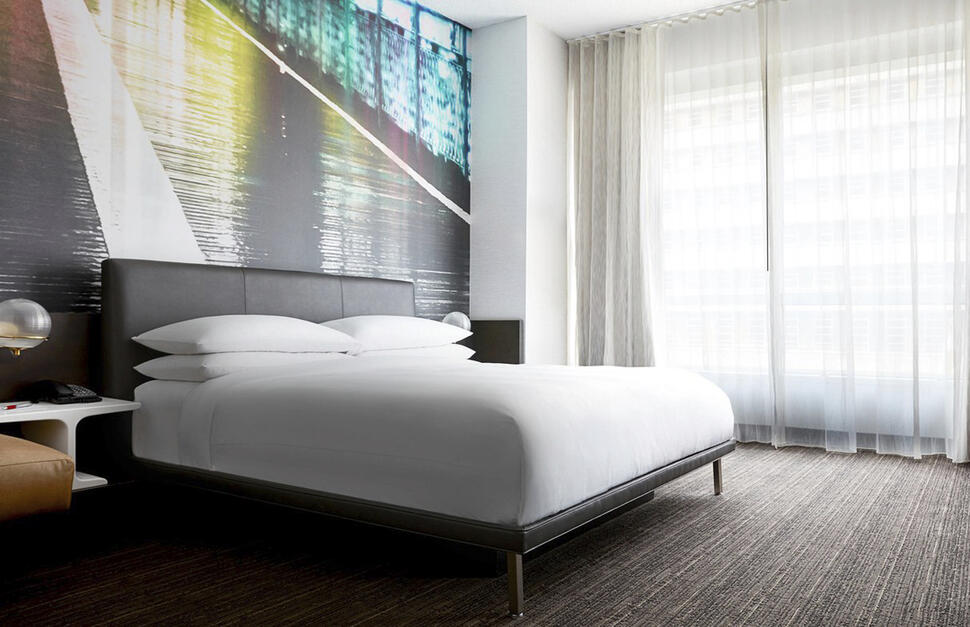 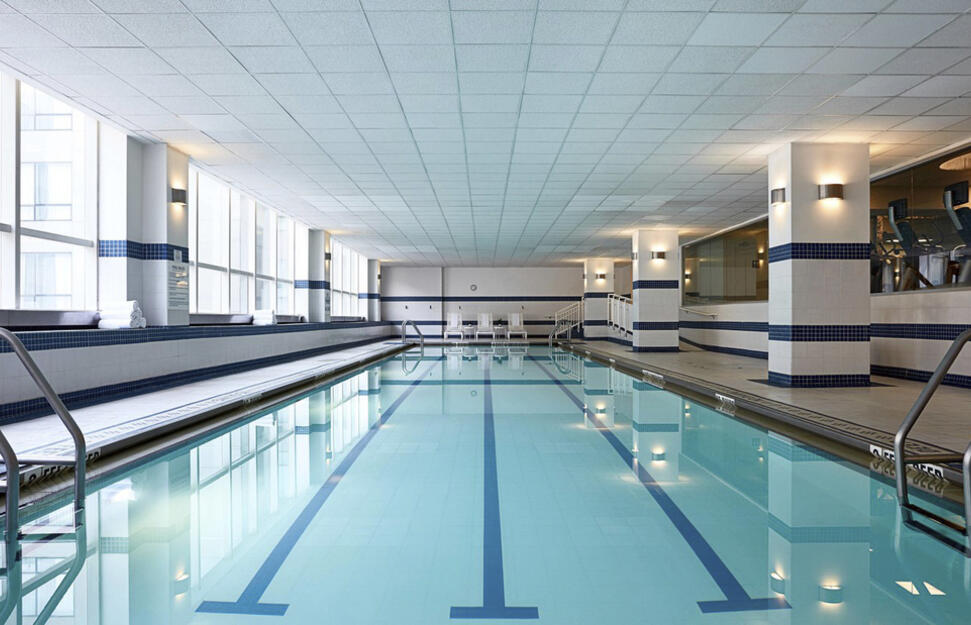 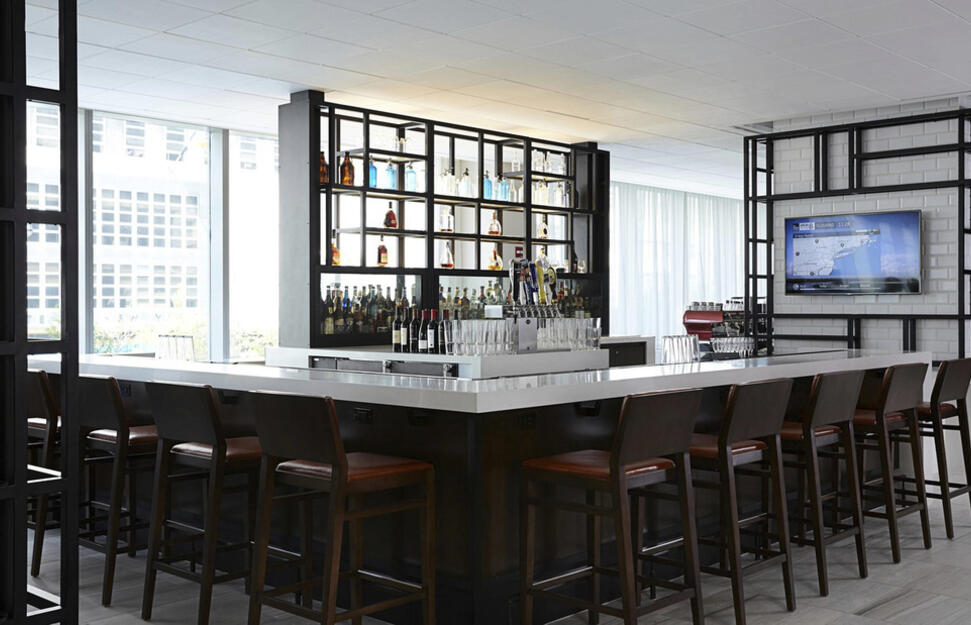 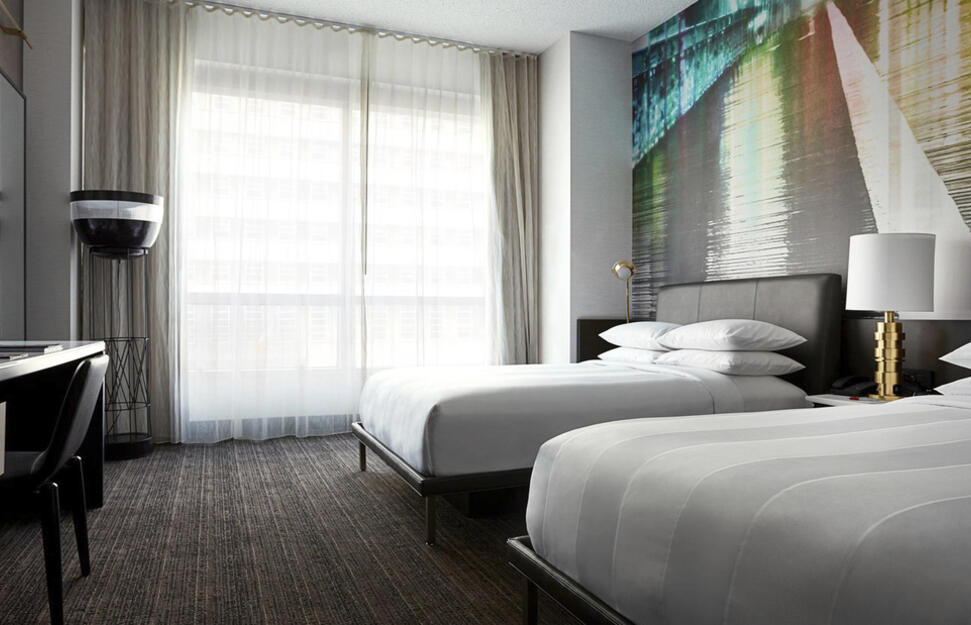 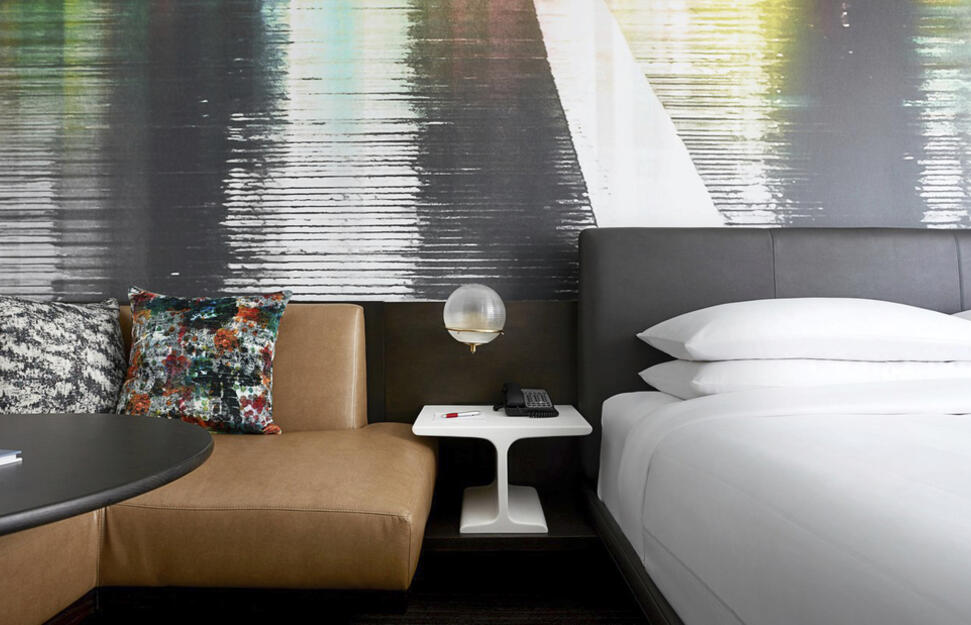 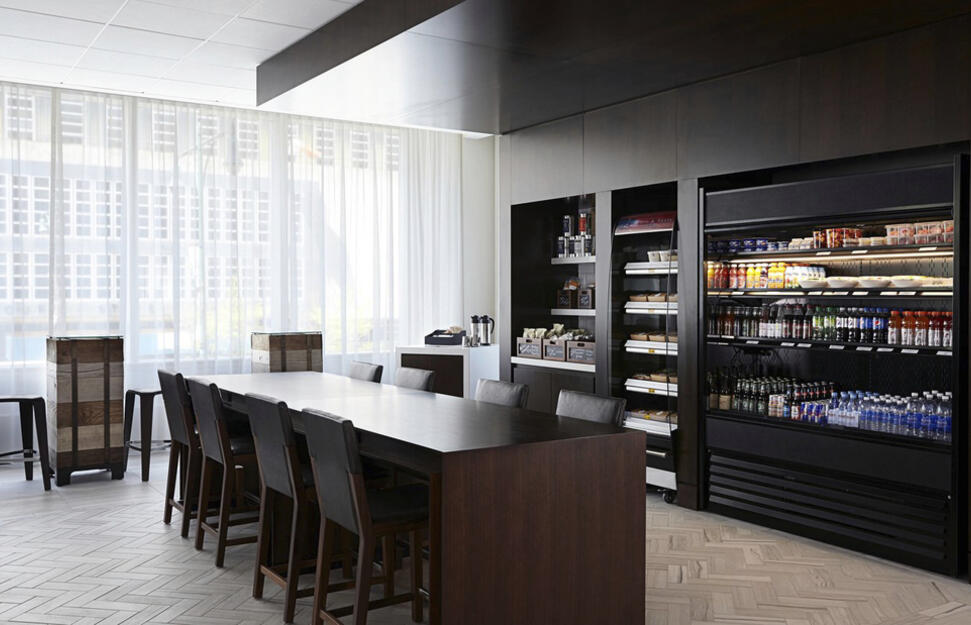 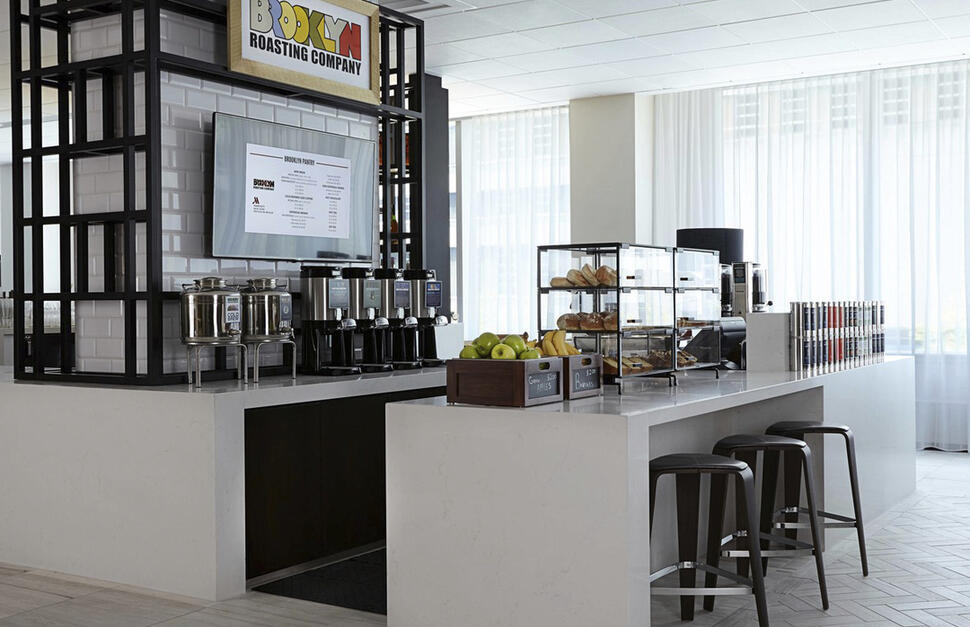 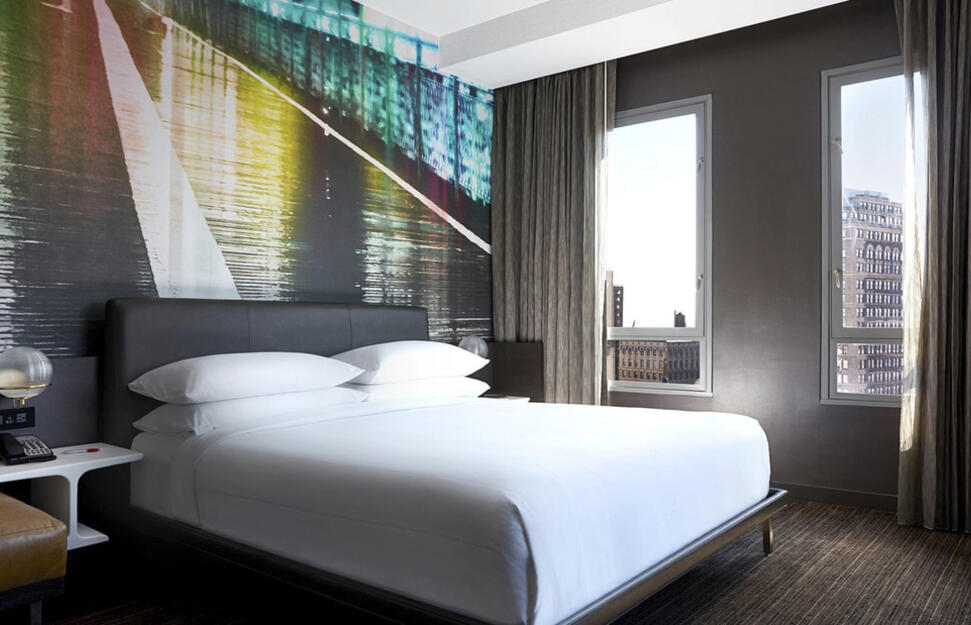 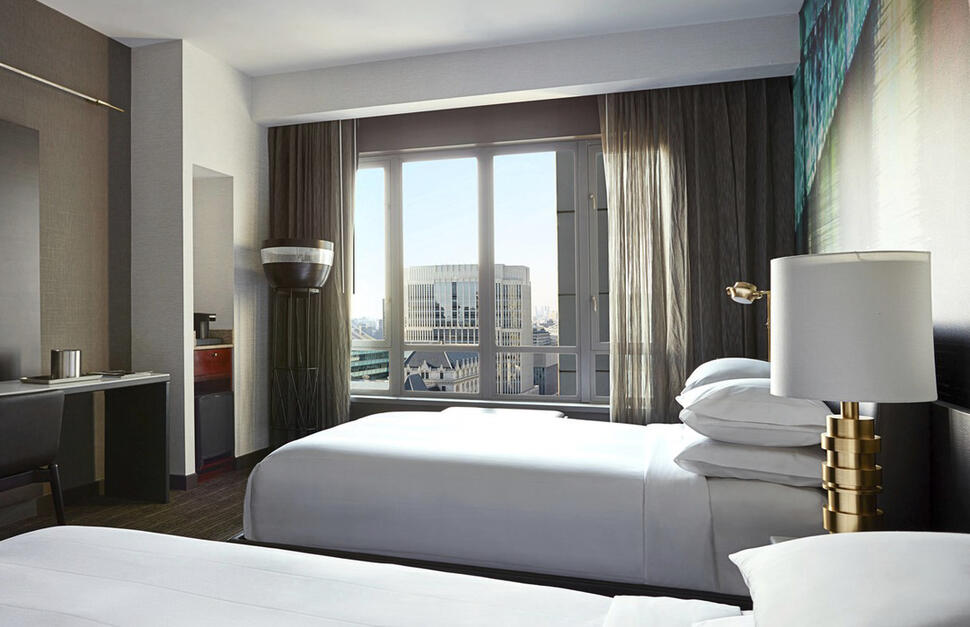 The New York Marriott at the Brooklyn Bridge offers modern accommodation in up-and-coming Brooklyn - enjoy a refreshing combination of modern sophistication and simplicity with more facilities than many Manhattan hotels. Just steps from the East River, there is a subway station nearby with easy, quick connections into the city. The Great Room Bar & Lounge and Brooklyn Pantry are available to you for a range of dining options, or sample Brooklyn's foodie scene by heading out. All of the refurbished rooms are contemporary in style, and some even feature spectacular views of the city skyline and the famed Brooklyn Bridge.

Just across the Brooklyn Bridge from Manhattan with easy access into the city. Transfer time from John F. Kennedy International Airport: 50 minutes.

Double Rooms are larger and have 2 double beds, sleeping maximum 4 adults or 2 adults and 2 children.

Skyline View Rooms are 400 sq ft and have views of the skyline and Brooklyn Bridge, with 1 king-size bed or 2 double beds, sleeping maximum 4 adults or 2 adults and 2 children.

One person must be aged 18 years and over in each room at check-in.