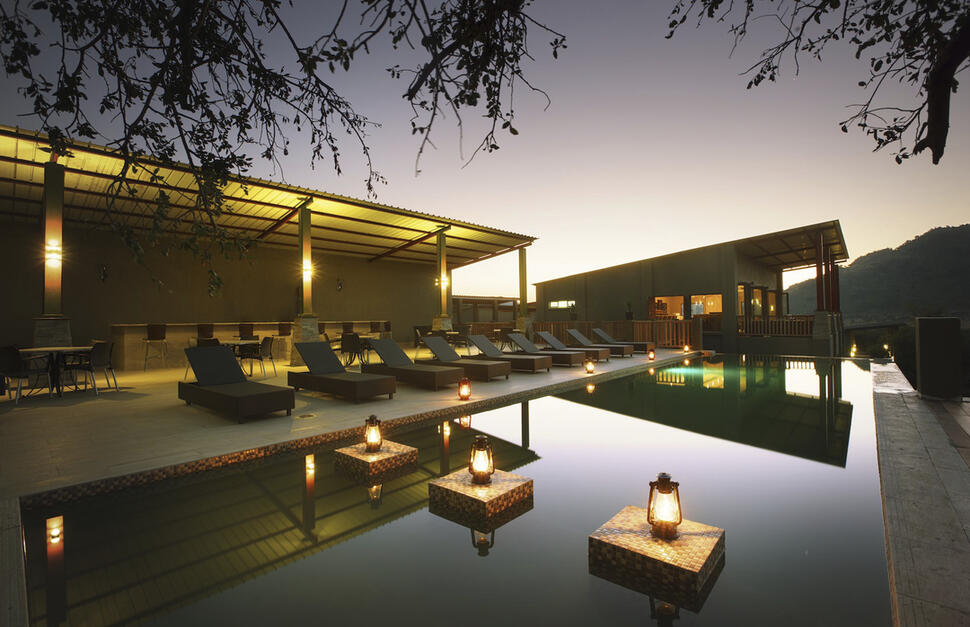 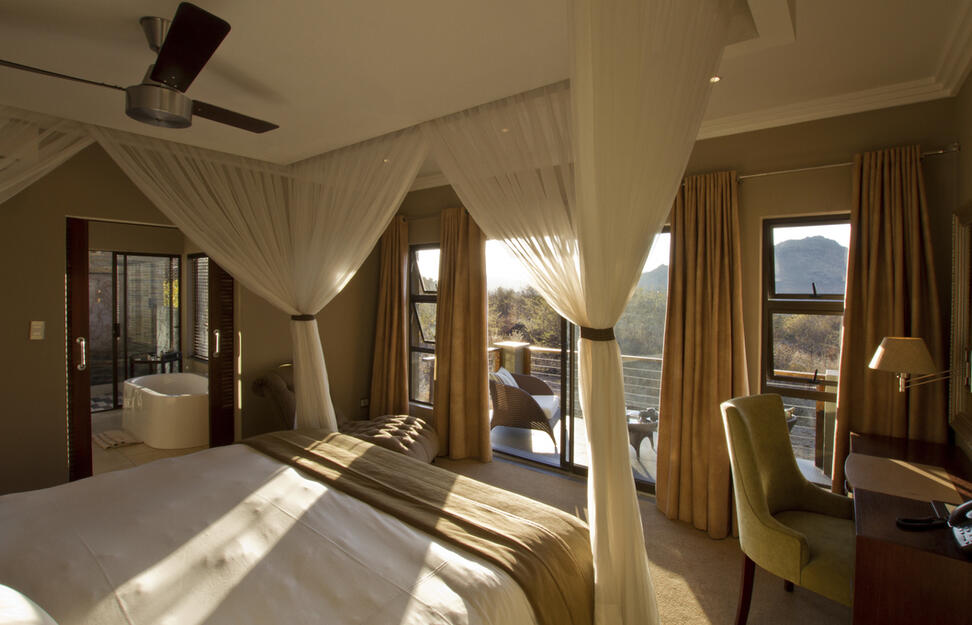 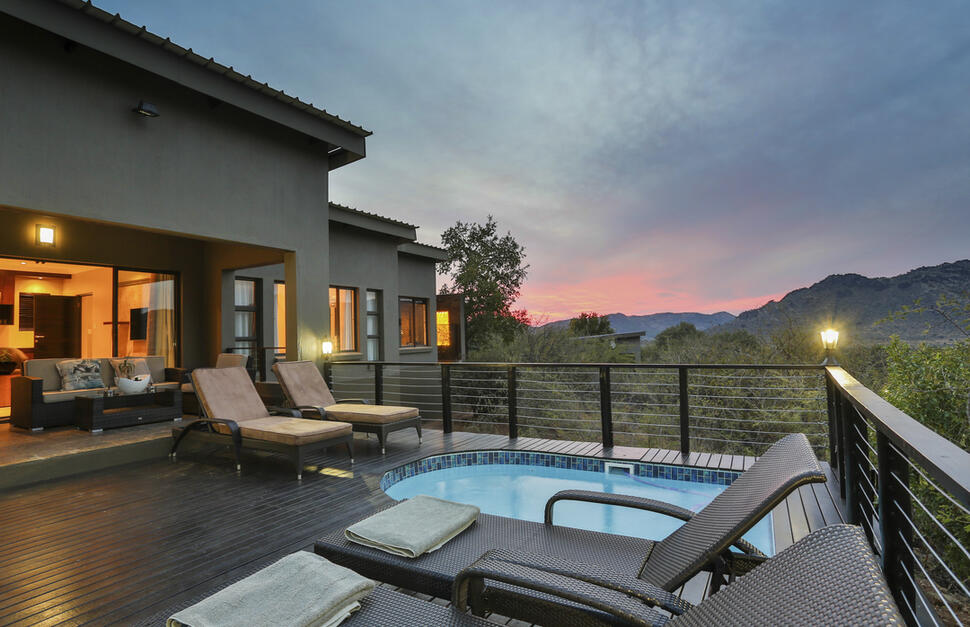 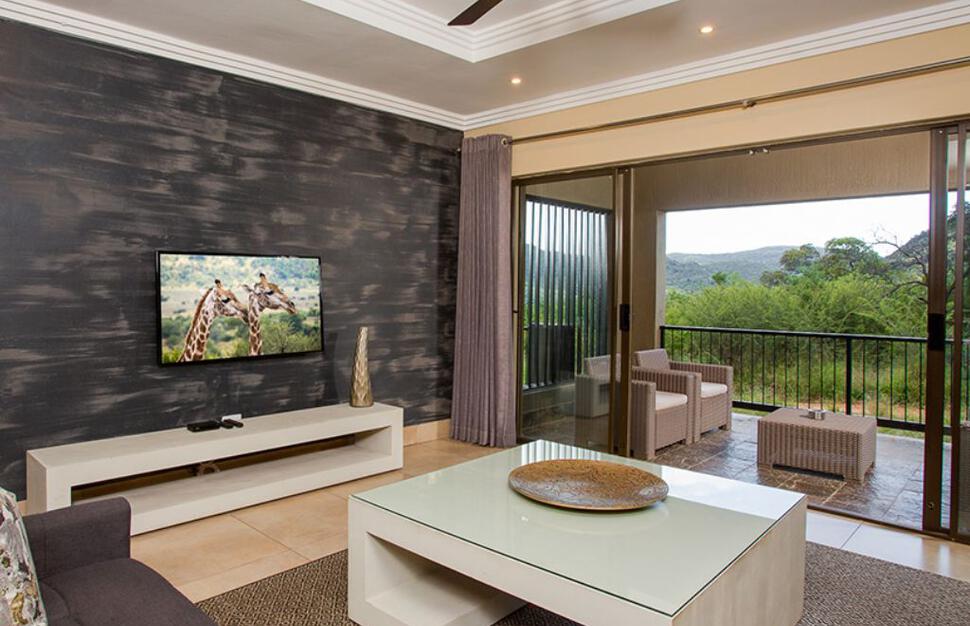 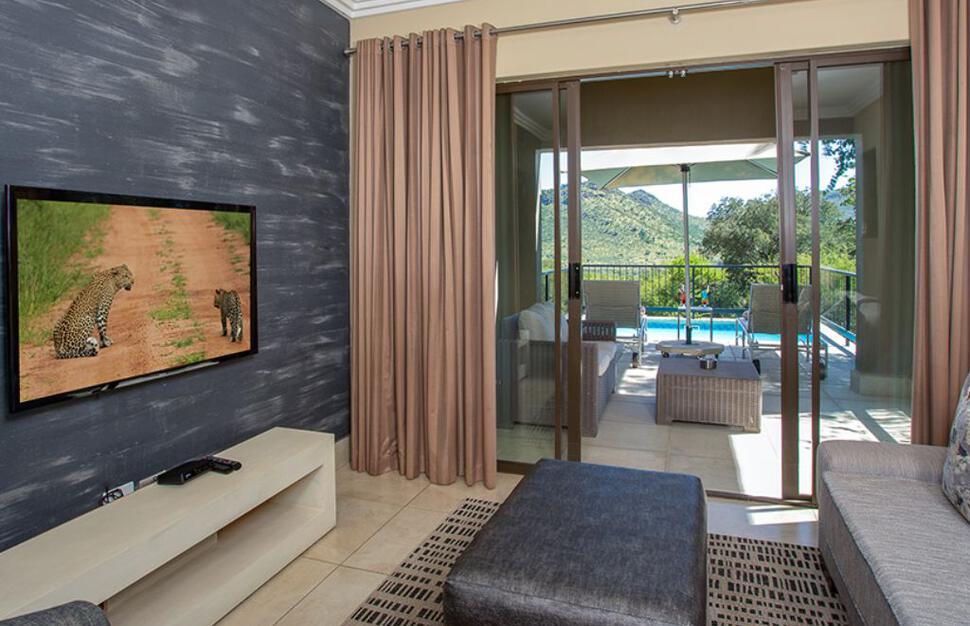 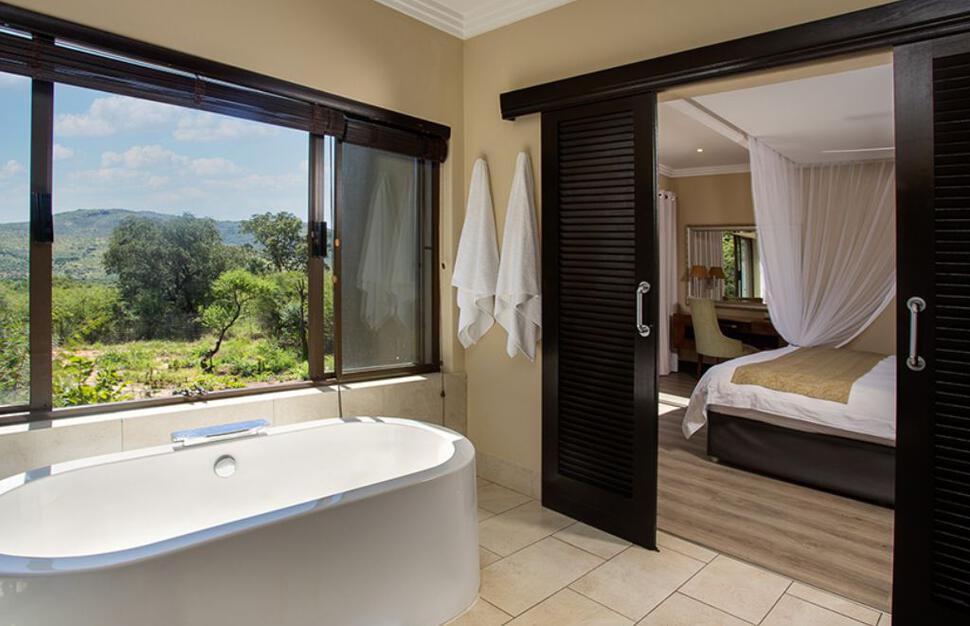 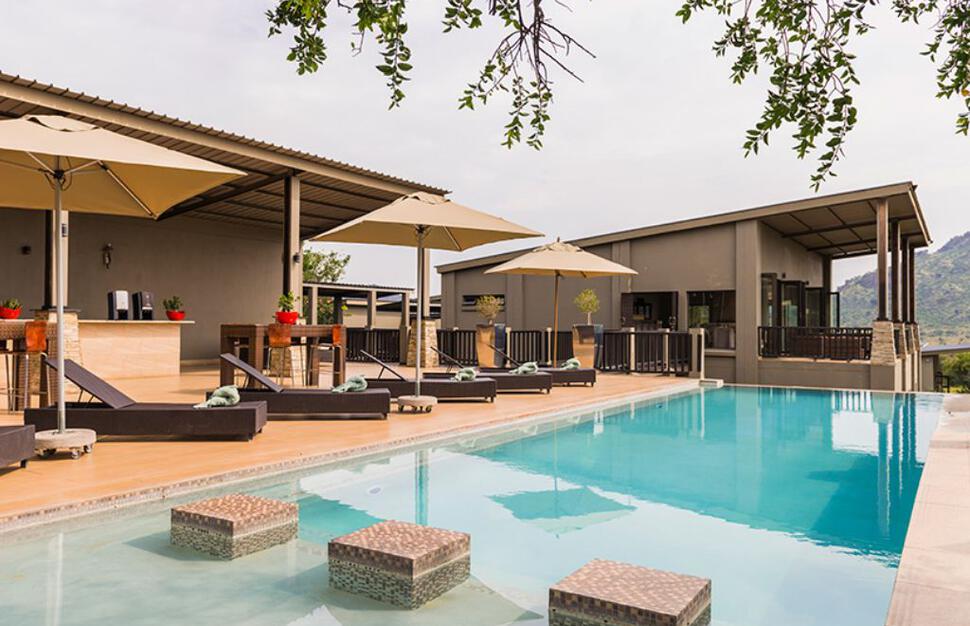 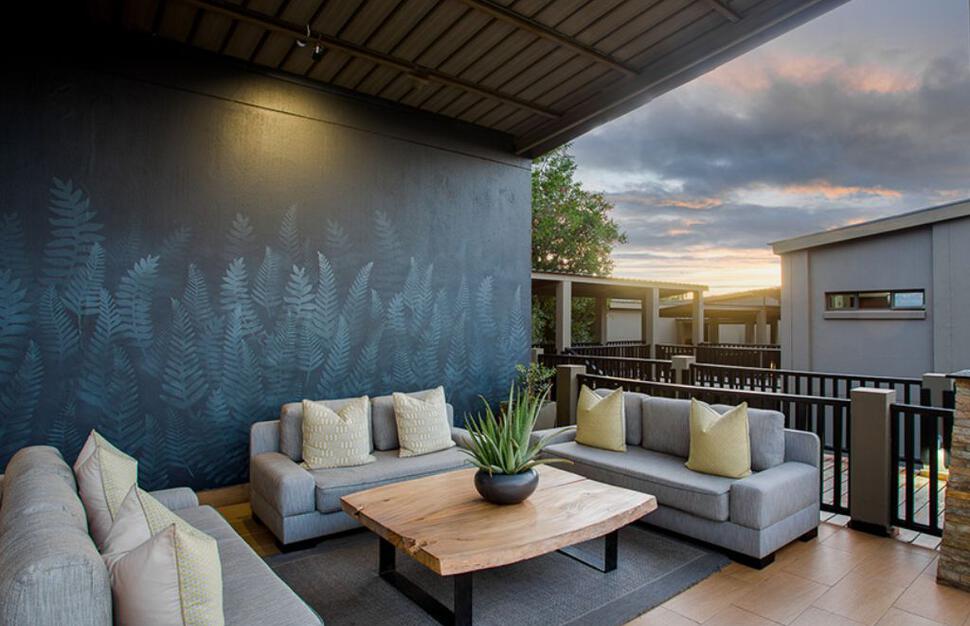 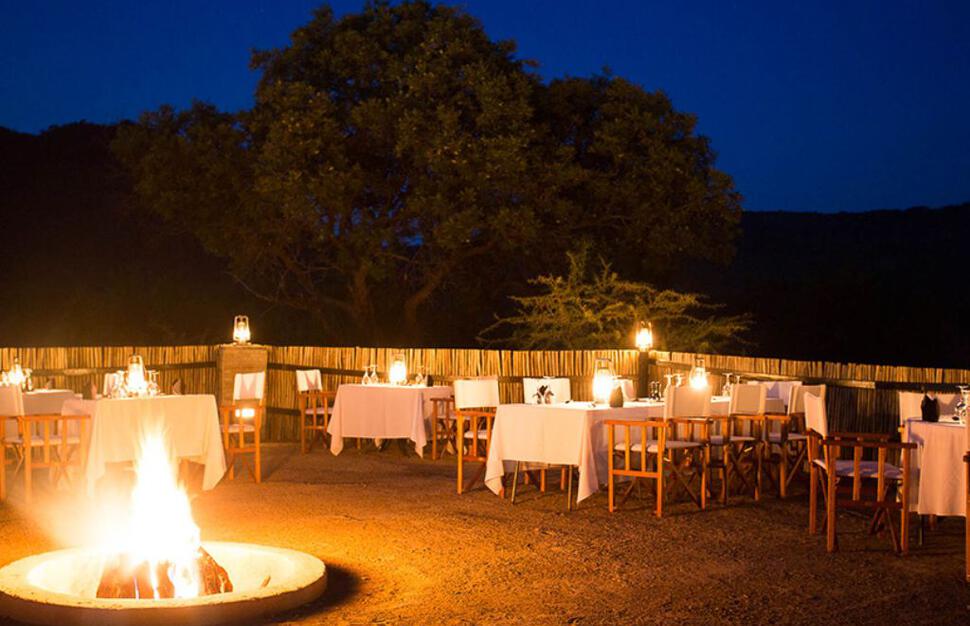 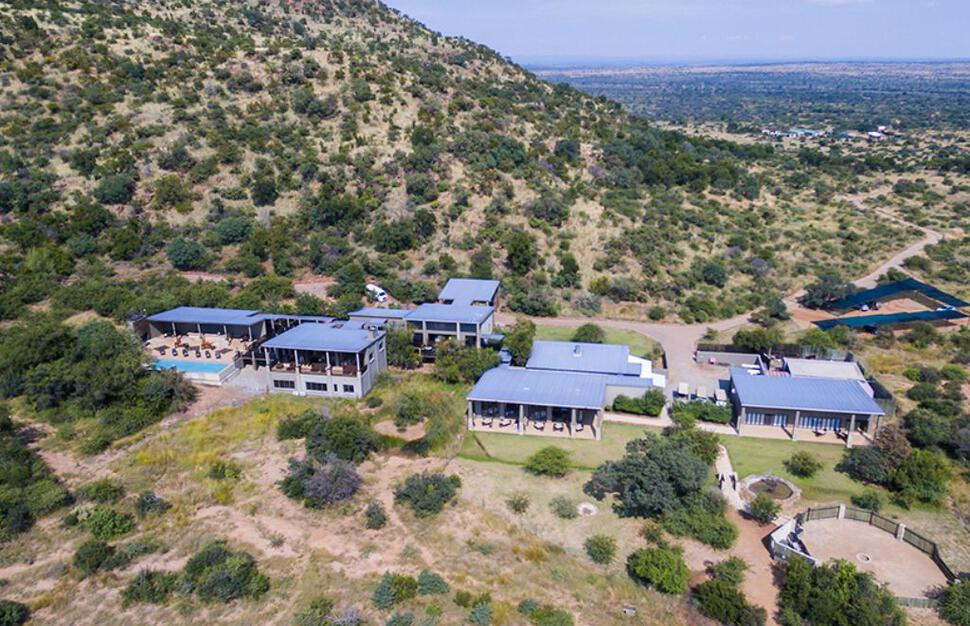 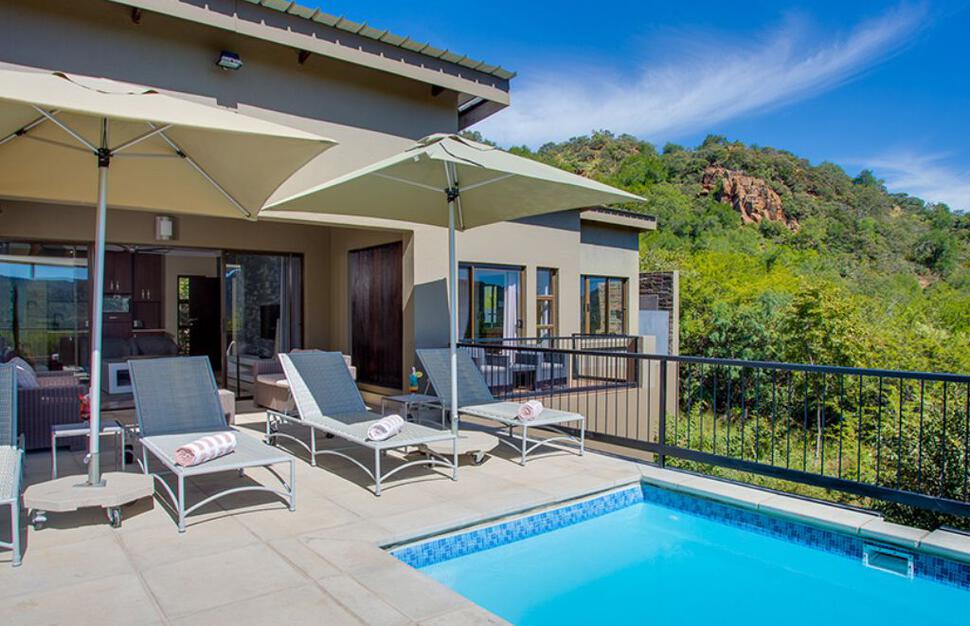 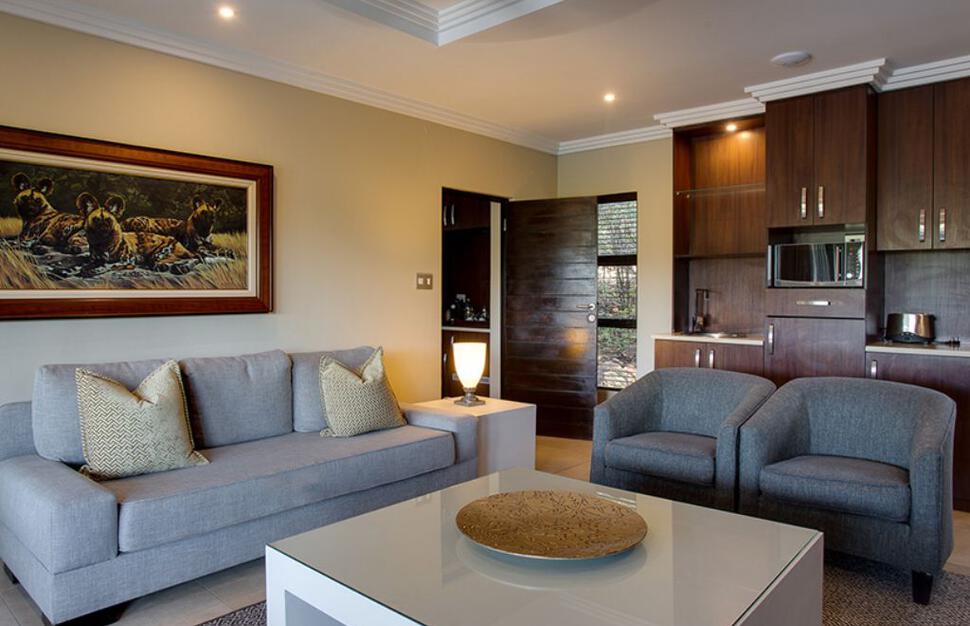 Delivering a safari experience in a nutshell, this laid-back lodge is ideal for families, first-timers, and those wanting to add a 'Big Five' adventure to a stay in nearby Sun City. Set in the Pilanesberg Game Reserve, just a few hours from Jo'burg, you'll get all the game viewing, boma dinners, and photogenic bushveld scenery you'd hope from a safari stay, with the reserve home to the 'Big Five' and two game-drives included each day of your stay. In a malaria-free spot, Shepherd's Tree Game Lodge is the ideal initiation into the great African safari.

A 2 hour and 30 minute drive from Johannesburg, the lodge overlooks the south-western portion of the Pilanesberg Game Reserve.

Choice of rooms and suites. All with air-conditoning, tea/coffee-making facilities, mini-bar and safe. Standard Suites have a main bedroom with 1 king-size bed, or twin beds, an outdoor shower and also features an en-suite bathroom with a patio overlooking the Pilanesberg Game Reserve. Sleeping maximum 2 adults.

Full Board includes: all buffet-style meals and twice daily game-drives.

Executive Suites have a main bedroom with 1 king-size bed, a double outdoor shower, and en-suite with indoor steam shower. Suites also enjoy a lounge area with sleeper sofa and a flat-screen TV that leads out onto a patio overlooking the Pilanesberg Game Reserve, with a private heated pool. Sleeping maximum 2 adults and 1 child.

A private 2-bedroom villa is also available, each bedroom has 1 king-size bed, an en-suite bathroom, and outdoor shower. The villa offers a lounge area that leads out onto a patio with a private plunge pool. Sleeping maximum 4 adults.